Why you should care about the ACC Championship game 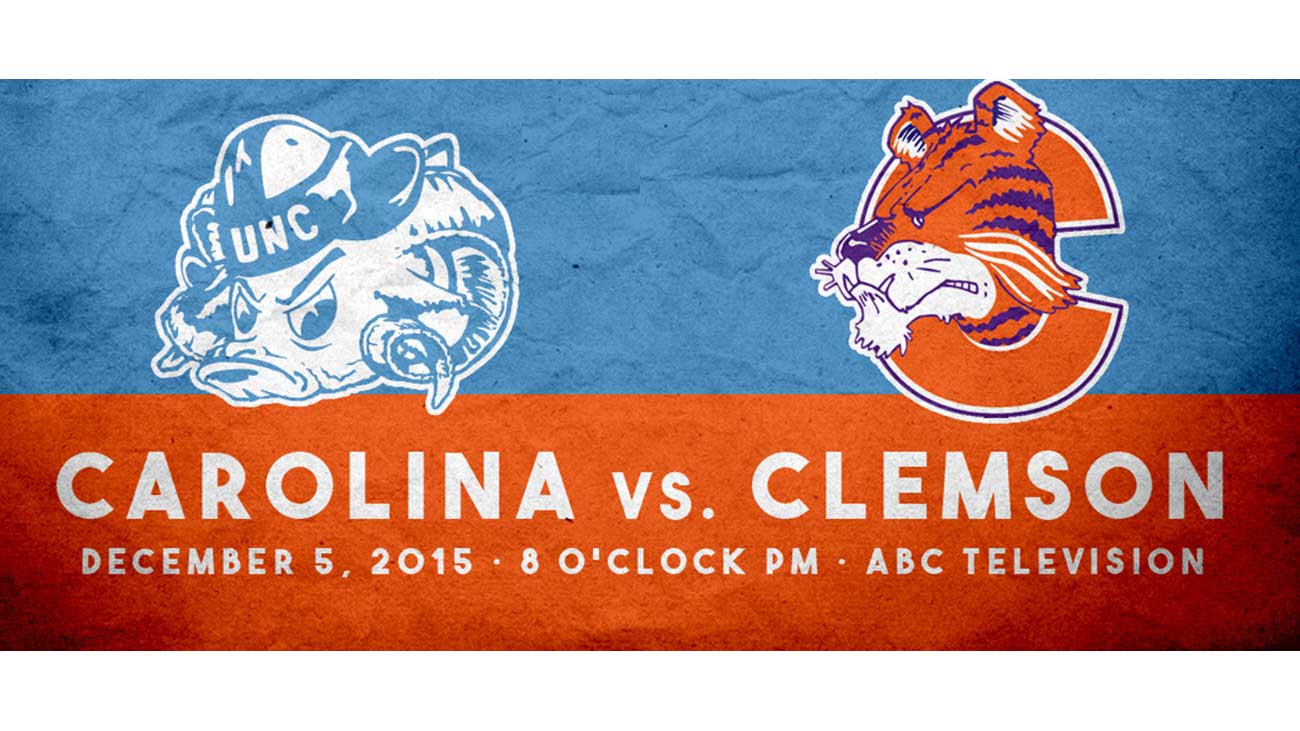 The ACC has invaded our quiet hamlet, with a litany of festivities culminating in the championship game this Saturday at The Bank in primetime (8:14 p.m. on ABC). I wrote about the last time the Tar Heels were in town to play the Belk College Kickoff game and said that was huge also, but this time I’m serious. This game is even huge…er. The Clemson Tigers, the top team in all the land, will match up with UNC, the champions of the arbitrarily-named Coastal Division. At stake is the conference title, all the Dr Pepper, and a spot* in the College Football Playoff.

If you have a job at an office, chances are that you’re already aware of this game because it’s all the majority of your coworkers, all alums from either school, have been talking about for weeks. Such is Charlotte. But on the off chance you’ve avoided the clumsy banter of overconfident fans, here are some reasons why you should care about this game:

This is the best matchup since the game has been in Charlotte. 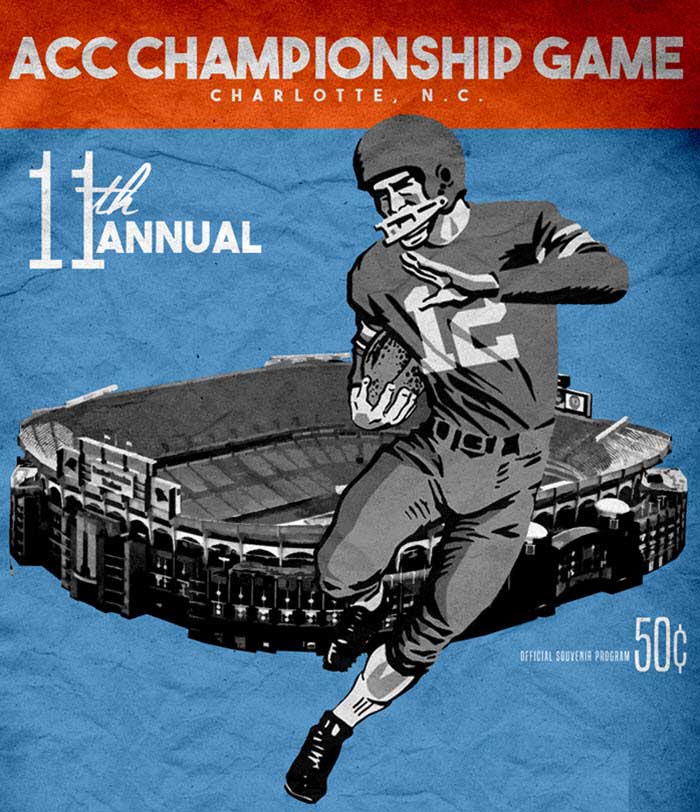 This is the sixth year the game has been in Charlotte. Florida State has been the representative from the Atlantic Division in all but one of the previous matchups in town. Seminole fans travel well, but the atmosphere for this game will be the best yet with both campuses a short drive away and healthy** in-town alumni bases. The ACC Championship games themselves have historically been blowouts, with the exception of last year’s nail-biter between FSU and Georgia Tech. This year’s matchup is expected to be different. Vegas has the Tigers as five-point favorites and set the total at 67.5 points, so all expectations point to an intense barnburner of a game. That’s good for everybody.

On the field, it should be a great matchup of Clemson’s talented squad that has managed to avoid the specter of “Clemsoning” all season vs. the surprising and potent UNC offense that would it not be for two red zone turnovers at this very stadium in their first game would likely be ranked #2 right now.

Kickoff isn’t until 8 p.m. which means an amazing tailgate scene.

I went to the Panthers/Washington game two weeks ago, and tailgating around The Bank was a great time, but games with early kickoffs really put a strain on your tailgate. You need to start early to get the tailgate time in, which means the transition from coffee –> Bojangles biscuits –> Hop Drop N Roll –> Sauceman’s barbecue sandwich happens within a span of 38 minutes and that can be jarring.

That’s a little slice of heaven right there my friends.

It’s a sellout, but that doesn’t mean Uptown won’t be lit. 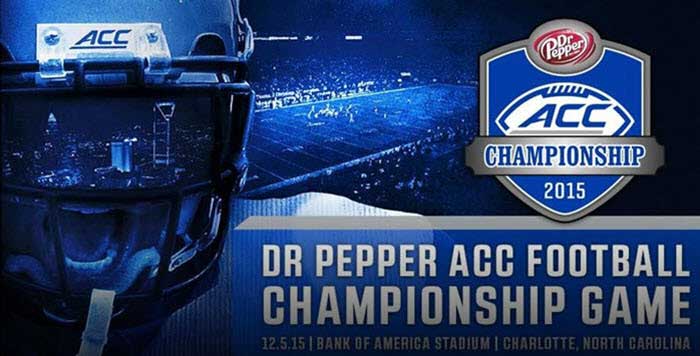 As I mentioned before, there’s no shortage of interest in this game in Charlotte due to the alumni bases in town. Look no further for proof than the fact that the game sold out weeks ahead of time. While that might not seem like a big deal, the ACC Championship game has struggled to sell tickets in the past, and it’s great for both the ACC and Charlotte that demand has spiked for this game.

In addition to fans attending the game, Uptown should be hopping with folks hitting up tailgates (see #2) and planning to catch the game at a bar in town. If you’re planning on attending the Charlotte Symphony: “Magic of Christmas” at the Belk Theater on Saturday night, don’t expect to be able to mosey into Duckworth’s for a post-show cocktail without seeing an intense sea of Clemson orange and Carolina blue.

Events surrounding the game are tons of fun. 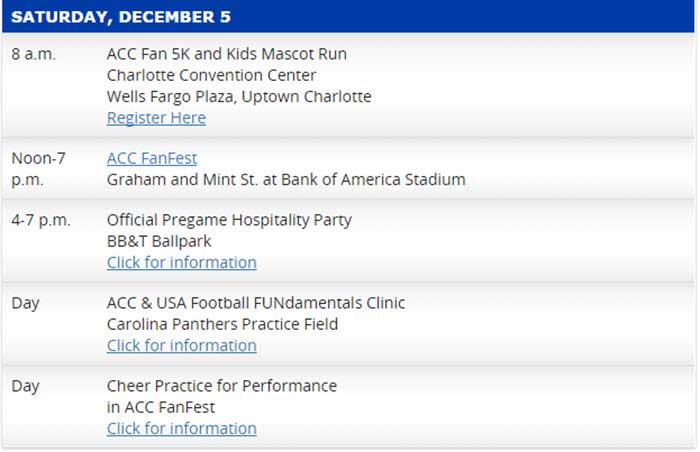 The ACC mascots are a part of the Uptown Charlotte tree lighting, which I think is a cool tradition for the city. The ACC Night of Legends is Friday night, as well as the ACC Fan Central at EpiCentre, which features the ACC mascots, cheerleaders, and pep bands. Saturday morning is also the ACC Fan 5K and Kids Mascot run at 8 a.m. at Wells Fargo Plaza. I’m a huge fan of this race, and if you like to run and have any connection to an ACC school, I highly recommend this, especially if you have kids of a mascot-enjoying age.

Also, the college football fun for Charlotte doesn’t end on Saturday night. Bowl Selection Day is Sunday afternoon, when we’ll find out which schools will be coming to town for the Carrie Underwood concert Belk Bowl on 12/30.

*UNC could still be left out even if it wins based on what the Men Behind the Curtain decide. If you want the ACC to have a team in the Playoff, root for Stanford to lose. 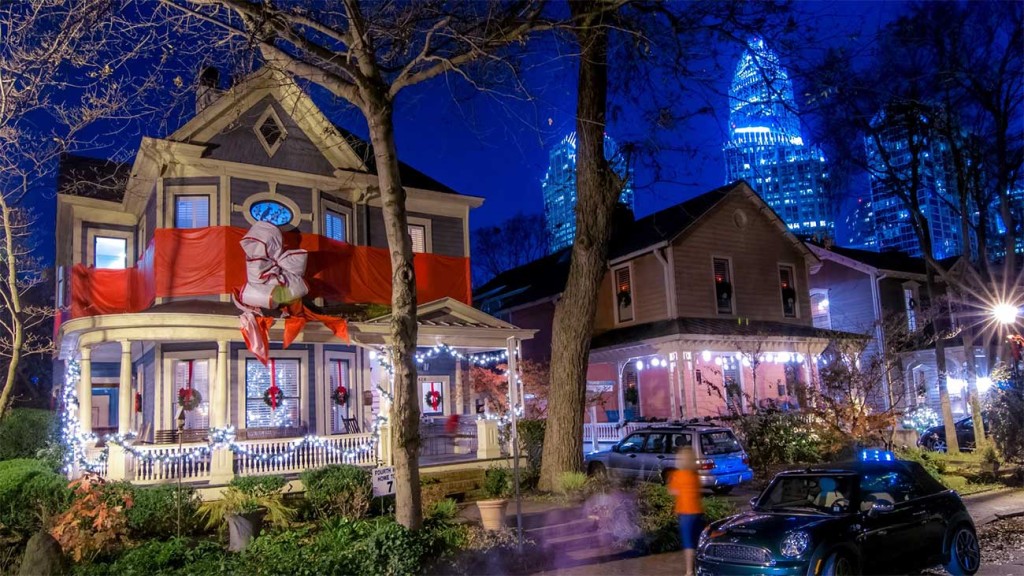 by Beth Walker
Most Read
1
Kid Cashew on East Boulevard sets its opening for mid-January
2
Hello Friday. Charlotte Recycling Plant.
3
Starbucks on East Blvd will start to serve wine after renovations
4
Bleu Barn Bistro takes food from farm to food truck
5
May I smell your beer? 26 days without drinking
Most Recent Open Jobs