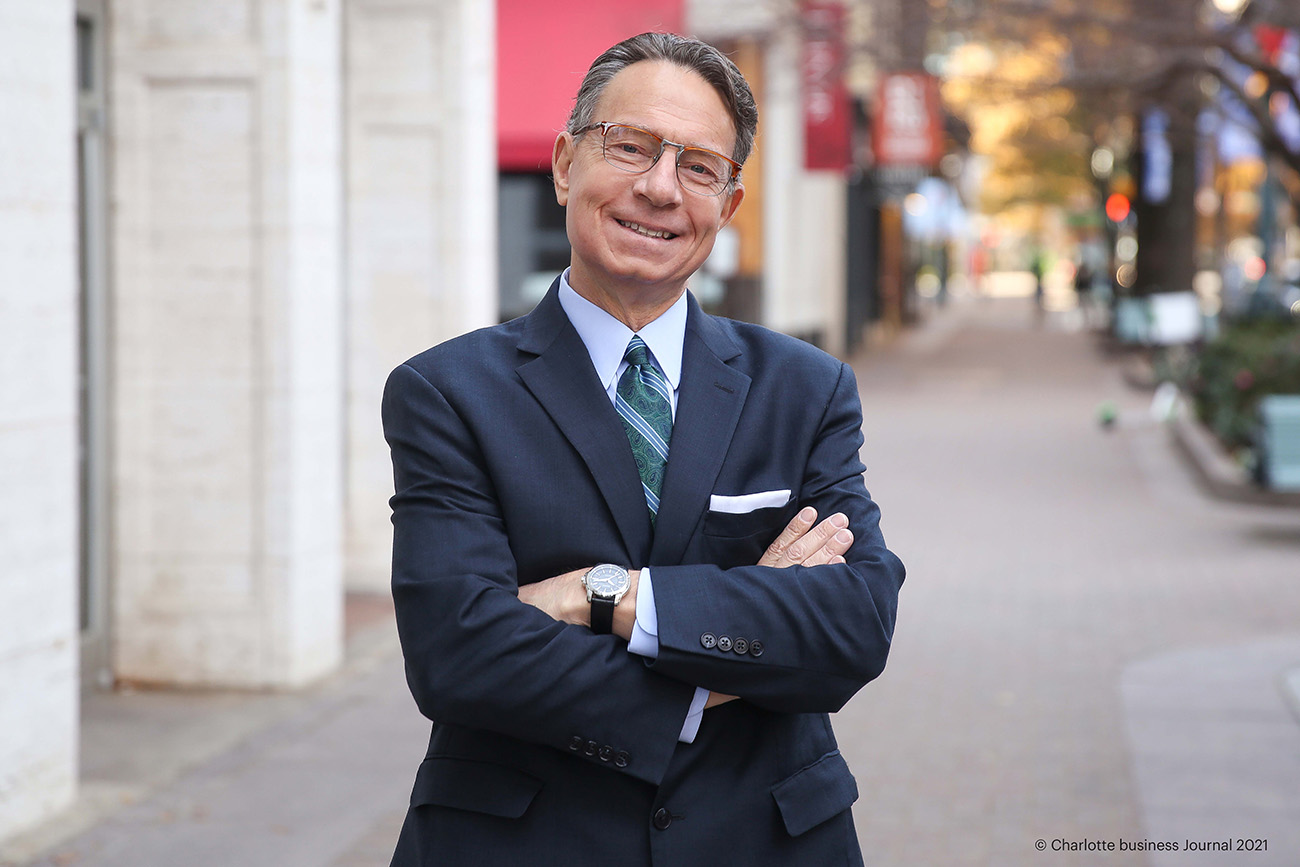 Michael Marsicano. Photo: Courtesy of Foundation For The Carolinas.

This was 1989. He was a young phenom in the arts world. Ph.D. from Duke. Seven years as director of Durham’s arts council. A successful $2 million campaign for a new cultural center there.

From there he could move up in the arts world to Washington or New York, or maybe to follow a dream to be a university president. But along came an offer to run Charlotte’s Arts & Science Council.

“I agonized over the decision,” Marsicano told the Charlotte Observer three decades ago.

“The bottom line at that point was that I saw so much potential in Charlotte. The surprise … was that I stayed,” he told me Monday. “That was never my thought. Charlotte was on the way to …” he said, intentionally leaving a blank there.

Driving the news: Marsicano announced today that he’ll retire in January 2023 from the Foundation For The Carolinas, the organization he’s led since 1999 and built into the sixth-largest community foundation in the country.

Why it matters: His departure will shift the ground underneath this city built largely on philanthropy and fundraising.

The big picture: His achievements could fill banquet rooms. He’s used his position to create social change across the city — first withholding money from arts organizations that associated with segregated country clubs, then holding firm in a controversy over “Angels in America” that received national attention, and later leading ambitious efforts to close the economic mobility gaps and build affordable housing.

And it’s about more than money: The Foundation added civic leadership as a second mission during his time. Over the past decade, whenever Marsicano and the Foundation made an issue a priority, it became a community-wide priority.

“It’s almost impossible to sum it up,” Hugh McColl, the former president and CEO of Bank of America, told me. “He’s been a tremendous voice in this city for good. You could argue it will take two people to replace him, one in the civic role and one to manage this great big business they created.”

What’s next: FFTC board chairman Hauptfuhrer says they’re looking for someone with similar qualifications, including “connected convener, a transformational leader, a savvy fundraiser, a creative and strategic decision-maker, a passionate person committed to shared values.” 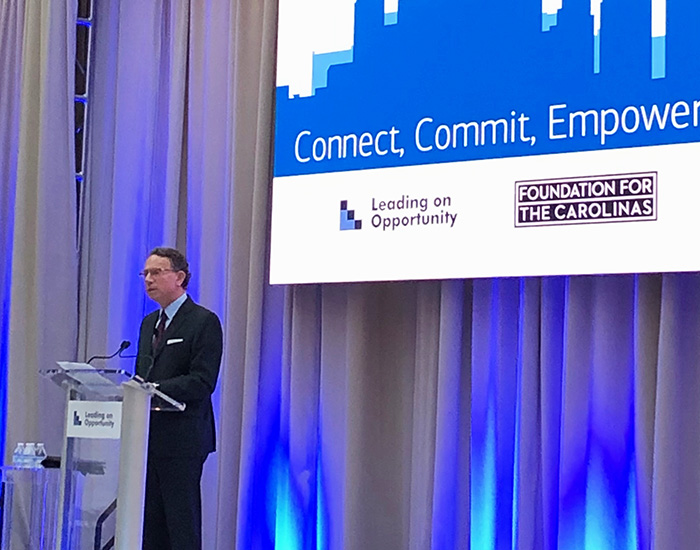 At a 2019 event for the inaugural class of 50 “Opportunity Champions” at Founders Hall. Photo: Michael Graff/Axios

His mother was from Alabama and his father was a “Catholic Italian yankee,” as he puts it. His grandfather on his mother’s side didn’t approve of their relationship, and tried to keep them from dating.

They formed a family quartet. Michael played oboe, his brother played drums, their dad was on the trumpet and their mom played piano.

He’d met his wife, Leslie, a Myers Park High graduate, during his senior year at Duke. Together they had five degrees and a 5-month-old son when they moved to Charlotte.

Almost immediately, he launched initiatives that seemed audacious compared to the old way of doing things.

That year, 1989, the ASC had a $22 million fundraising goal to build a performing arts center we now know as the Blumenthal. He upped the goal to $25 million.

As current mayor Vi Lyles told me yesterday: “He had access to people that could do more and maybe never got asked to do more. Maybe it was the status quo. He began to challenge that.”

In one incident in the summer of 1995, during a debate over ASC funding, then-council member Pat McCrory jumped up and shouted in Marsicano’s face.

In 1996, when the Charlotte Repertory Theater brought the Pulitzer-winning play “Angels in America” to the city, conservatives and evangelicals protested its nude scenes and homosexual characters. The county commission would eventually vote to strip the ASC of $2.5 million in funding.

His 10-year anniversary party was a pirate-themed event where Charlotte’s top executives wore dangly earrings and roasted him — McColl joked that Marsicano was “the most manipulative person I’ve ever met,” and said that he admired how he kept raising more and more money from “people who hate the arts.”

Marsicano then knew it was time again for a career change. Again, he could’ve have taken offers to join university administrative leadership somewhere, or taken a national arts position.

On July 20, 1999, Marsicano announced he was leaving ASC and taking the top job at the Foundation. 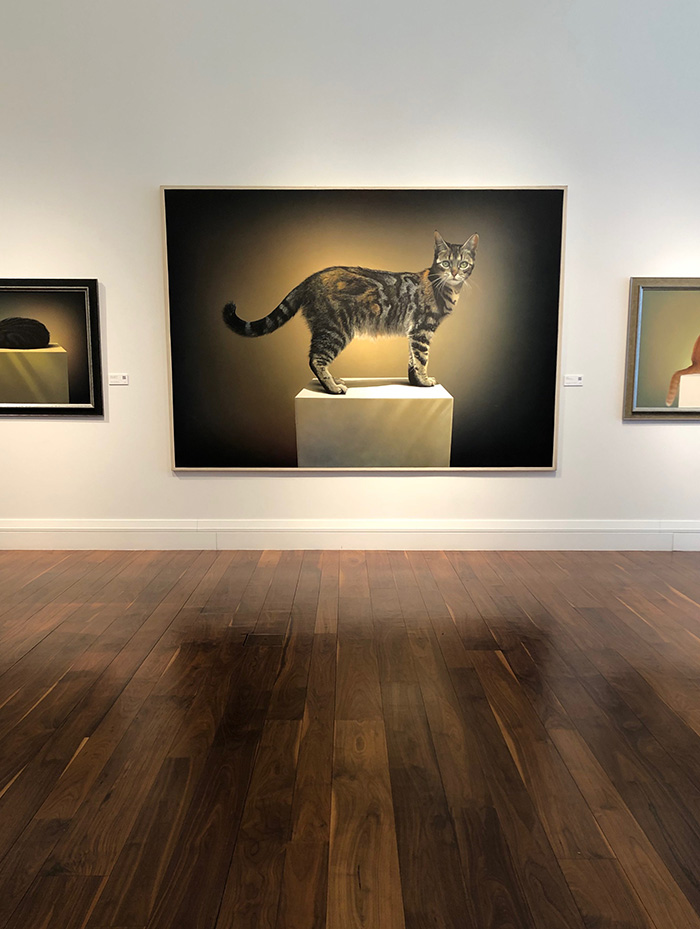 The Sonia and Isaac Luski Gallery in the lobby of the FFTC. Photo: Michael Graff/Axios

Charlotte mayor Vi Lyles is a former FFTC board member. She remembers how things changed after Marsicano arrived.

In the hallway of the old Foundation offices, for instance, were portraits of former board members and prominent citizens — nearly all of them white men.

A handful of white male executives —  McColl, First Union’s Ed Crutchfield, the Charlotte Observer’s Rolfe Neill, Duke Power’s Bill Lee and Belk’s John Belk — helped take the city from the 70th largest in the country in 1950 to a Top 25 city by the turn of the century.

When they retired or moved on, the question of who’d fill the void hovered over many boardroom meetings.

The answer was of course more complex than that — no small group people will ever wield such influence for so long again.

In 2014, a Harvard and Cal-Berkeley study showed Charlotte ranked 50th out of the top 50 U.S. cities in terms of upward mobility.

The study, now known simply as the “Chetty study” after lead researcher Raj Chetty, became a scarlet letter for a city with boosterism in its DNA.

Nearly every civic-minded leader in town kept a copy on their desks, dog-eared to pages of relevance.

When I met with Marsicano shortly after the report published in 2017, he called it “The Marshall Plan for Charlotte.” And he was, as the mayor says, ever optimistic. 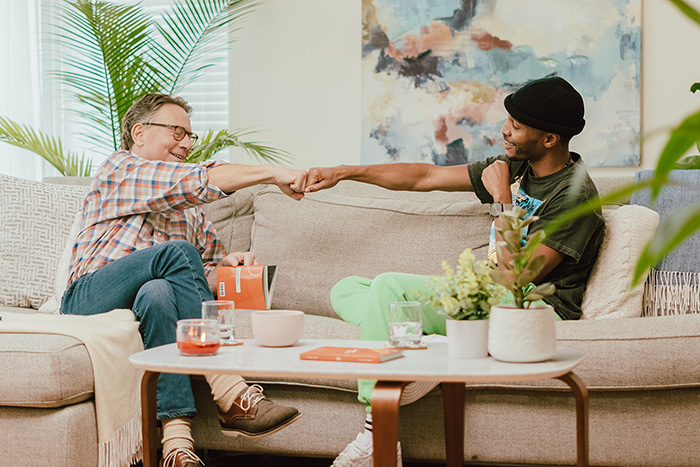 Over the past eight years, Marsicano’s done some of his mightiest fundraising work — raising $50 million to match the $50 million Housing Trust Fund bond, the $250 million for the racial equity initiative.

But a new question has emerged: Can philanthropy — can any amount of money raised — actually cure the city of its troubles?

During that same eight-year stretch, the city saw two major uprisings for racial justice. First were the weeklong protests in September 2016 in the wake of a police shooting of Keith Lamont Scott. Then, in the summer of 2020, the city joined the movement around the country after the murder of George Floyd.

In each case, white executives throughout town faced questions about equity and inclusion, and their fitness to lead diverse groups.

Local artist Dae-Lee Arrington, who launched a new interview series called “Bridge Builders” this month, recently lofted a question to Marsicano in an interview that will air soon.

“Do you feel as a white man you are well-equipped to understand the work that’s needed in these communities?” Arrington says in the interview, which I previewed earlier this month. 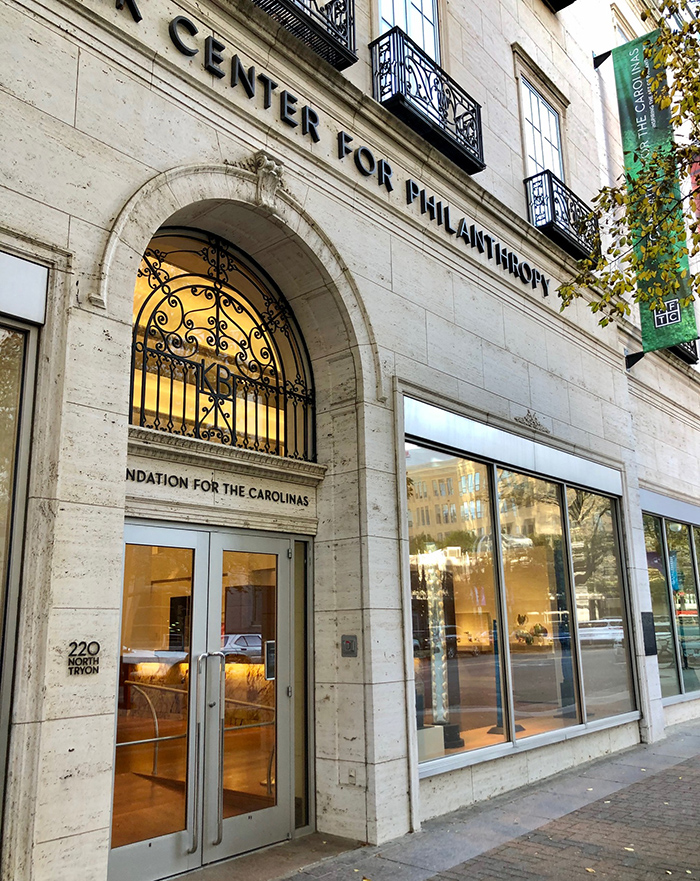 At a small gathering with reporters on Friday, I asked Marsicano if there’s anything he wishes he could’ve done differently.

He didn’t have an answer, but said, “I’ll think about your question. Perhaps come back to something more substantive.”

He talked about the COVID-19 response fund, which distributed $23.5 million in grants to small businesses and nonprofits during the pandemic.

What could he regret about that?

“When you’re running a foundation you’re inundated with requests … and there’s not much time to look for that which does not come to you,” he said. “When the COVID response fund came to be, we had a strategy to go deeper into neighborhoods to see if we could find people that were working on a real grassroots level closer to the ground.

“We discovered a lot of grassroots nonprofits that I wish I’d come in contact with earlier in my career.”

In a way, this was the downside of creating a foundation so large, and spinning a city into one where philanthropy is king. Of course there was no way the CEO of an organization that received gifts from 3,000 donors last year could connect with everyone.

As we talked about that, it reminded me of an old quote about him I’d found in the library’s archives. It was from Ralph Burgard, a nationally renowned arts advocate who wrote Charlotte’s 1975 Cultural Action Plan.

Burgard, who died in 2008, once said of Marsicano: “His weakness is linked to his compassion. He takes all the concerns of the world on his shoulders. What is his saving grace is humor. He is able to walk away and look at himself — and laugh at himself.”

Enjoy this story? To support more work like this, become an Axios Charlotte member. 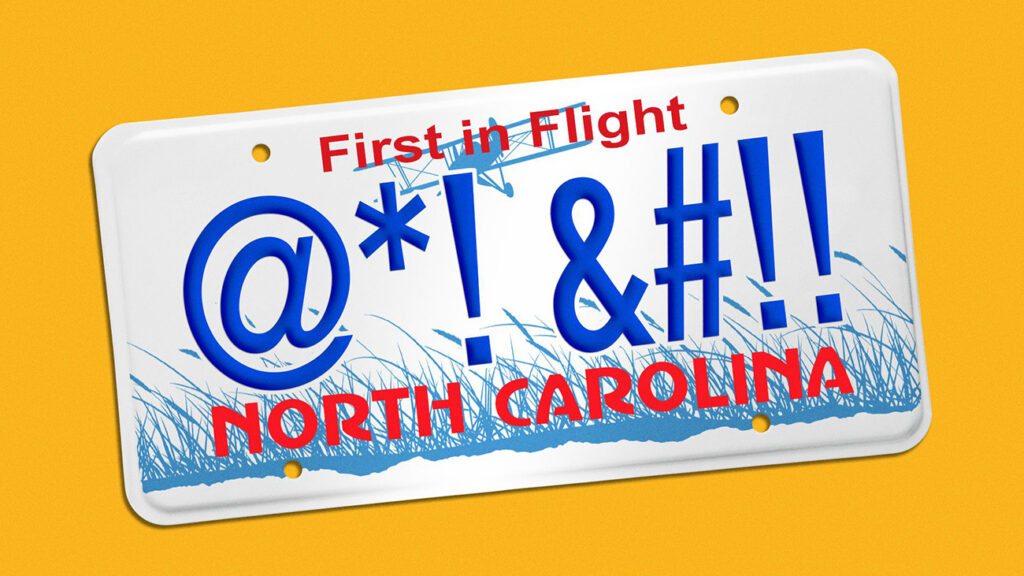 What you won’t see on the road: NC’s rejected vanity license plates