Where are all the Charlotte natives? (Hey, we’re over here!) 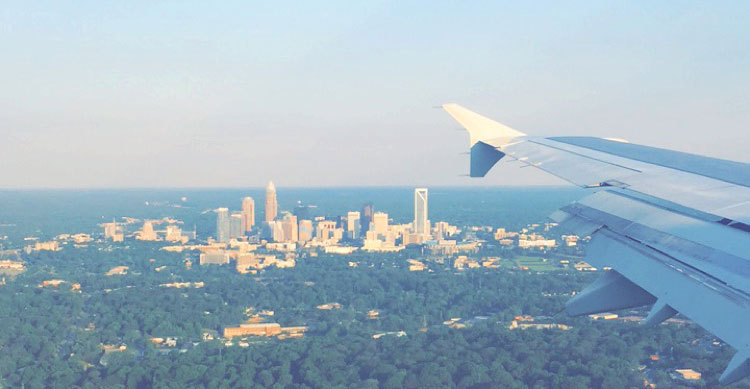 Legend has it that there’s a local creature as elusive as Sasquatch, as hard to come by as an original Honus Wagner baseball card.

I am one of these creatures, and I am known in scientific nomenclature as Native Charlottean.

My scarcity brings amusement nearly every time I meet someone new.

“Where are you from originally?”

Other natives can relate. But what’s the deal?

Did the natives leave, seeking to settle down elsewhere, perhaps even driven away by the Yankee droves that have enveloped the area like a human tsunami?

Or are many of us still here, only much harder to find because of the influx of newcomers – perhaps not quite like a needle in a haystack, but maybe like a box of needles in said haystack?

“A lot of it is just because so many people have been moving here. Charlotte’s been a huge magnet for people moving from other parts of the country,” said Laura Simmons, a demographics expert at the Urban Institute at UNC Charlotte. “Charlotte has been a really popular destination” and natives are “just being outnumbered by new people coming in.”

This makes perfect sense. People from all over the country and the world have made Charlotte home over the past few decades. So, yes, the influx is Culprit No. 1. But other evidence – hard and anecdotal – suggests plenty of natives have left. More on that in a minute.

First, a point of clarification: Though I’m a true Charlotte native, I’m extending the definition to include folks who were born in or grew up anywhere in Mecklenburg County. Because with Charlotte-Mecklenburg Schools attendance zones, jobs, church, civic involvement and such, plenty of folks who grew up in, say, Mint Hill, Matthews or Huntersville would likely consider themselves essentially “from Charlotte.”

The movement has continued, and as of 2013 just 41 percent of Mecklenburg residents were born in North Carolina, according to census data. That’s down from 46 percent in 2000.

Without more specific data – and there apparently isn’t any that’s readily available – anecdotal evidence and common sense would suggest that many of the 422,000 who left Mecklenburg County in the past decade-plus were natives. Just how many is anyone’s guess.

“I wish there was some data out there,” Simmons said. “It would be cool to know.”

Granted, many natives (including me) have just moved across the border into Union, Cabarrus, Gaston or York County, S.C., and still consider themselves “in Charlotte.”

But the (undisputed) point remains: Most people living here now weren’t born here, and it’s getting harder to meet natives.

I asked the nearly 15,000 members of the I Am a Native Charlottean group on Facebook for their thoughts on why Charlotte-area natives seem to be scarce. I received about 50 responses. Many were humorous, often venting about how they or others relocated (or plan to) because of high taxes, bad traffic or all those silly Northerners. Others were more insightful — and blunt.

“Charlotte has become a fickle and snobbish town compared to how I remember it growing up. I think it is only hard to find natives because we don’t take time to slow down and smell the roses. If one were to slow down and take a moment to speak to a stranger, it is certain, natives would suddenly emerge,” wrote native Lori J. Irvin, 38, a stay-at-home mom. “The simple hellos in the grocery store and old Southern charm small talk have gone up in smoke just like all of our historic buildings and landmarks.”

“I never know how to answer this question, and it is asked a lot. I think truthfully I would say most natives are used to the smaller slower way of life and migrated further out as Charlotte continued to grow,” wrote Oxford, an investment associate who lives in Union County. “I know A LOT of people who are natives who still live ‘in the area.’ …  So if you aren’t finding us, you just must not be looking in the right places!!!!”

But when people do find a native, boy, they sure are surprised.

“I am tired of people making a novelty of me,” joked Shelley Smith Book, 40, a native who works at the Charlotte Mecklenburg Library.

Lawry Crosby, 35, left Charlotte about 10 years ago and now lives in Florida. But even a decade after leaving she still remembers that telling people at bars that he was a native “was almost a party trick. … It was so strange!”

Some in the group wrote that they had moved away but had returned, either because of their love of the area or because it affords a more comfortable lifestyle.

“If you grew up here, all you wanted to do is get out of town after high school. The grass is always greener,” wrote Erin Keever, 31, a Charlotte native and radio producer living in Belmont. “But cost of living and the kind of growth that’s attractive to our generation brings people back.”

“It’s only once they’ve left they realize how amazing and beautiful our city really is,” Ludwick wrote.

Shannon Smith, 64, a retired nanny, put it simply: “Once the queen gets a hold of you, you’re in love with her forever.”

You may wonder: Is there any reason to think that more newcomers and fewer natives could have any long-term adverse effect on a city such as Charlotte? Not likely, experts say.

“I think the dynamism of Charlotte is a good thing. I think that some of our most influential people in the past have been nonnatives,” said historian and author Chuck McShane, who recently completed an exhaustive, 12-part history of the city for Charlotte Magazine. “You don’t have to be a native to make an impact; but it helps to have a long stay in the community.”

It will be interesting to see how that plays out in Charlotte, he said.

“I think the fact that natives are less noticeable in Charlotte is just a sign that we’re a growing and dynamic city,” McShane said. “If you go to a city and everyone there is a native, that would indicate that the town is stagnating.”

But if you assume that a similar nonnative invasion can be found in any big city, think again.

“By no means is every city experience this kind of influx,” said Simmons of the Urban Institute.

Charlotte’s high-wage workforce, cost of living and moderate climate put the city in a unique position, she said. Only cities meeting similar criteria — such as Atlanta or the larger cities in Texas — have seen similar migration patterns.

Though natives tend to have more knowledge about the culture and history of a city, or perhaps feel a stronger connection than newcomers, such differences fade over time, Simmons said.

“I know plenty of people who weren’t born in Charlotte but have lived here for decades, and they are as knowledgeable and passionate about the city as anyone,” she said.

That’s not to say recent newcomers can’t be plenty passionate about the city. Follow @WeLoveCLT on Twitter or just search the hashtag for evidence of that.

Did you know that #weloveCLT was Trending Topic on Wednesday 8 for 4 hours in Charlotte? http://t.co/txzuStEc06 #trndnl

Passion for the area is one thing many natives and newcomers have in common. Both often speak of not wanting to live anywhere else. The reasons may differ. Some prefer the suburban life, with Charlotte always within reach. Others want the urban vibe, soaking up energy from the heart of the city. But I’ve found the emotional connection to Charlotte is equally strong.

“I travel with motorsports most of the year and see all kinds of towns and I can’t wait to get back to Charlotte,” said Robbie Grice, a 44-year-old native. “No place like home.”

Though the native vs. newcomer dynamic isn’t always harmonious, we natives are generally fine with other people moving here to enjoy life in the Queen City.

Native Heather Nunn Sanford, 39, who moved back to the metro area after a four-year stint in St. Louis, sums it up nicely.

“As long as they love the area as much as I do and don’t talk junk about us,” Sanford said, “they’re welcome to stay.” 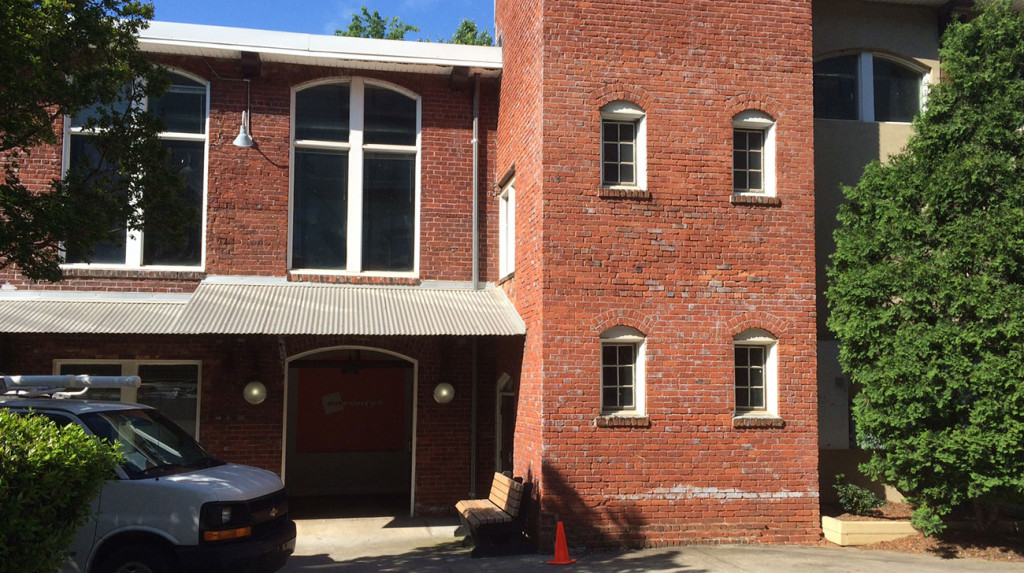 29 photos from inside the Innovation Factory