5 ways pandemic money helped, and failed, those in need

As the coronavirus caused economic ruin, lawmakers from the city to the federal level scrambled to deploy billions of dollars to help stave off some of the worst harm.

Financial assistance programs were created for small businesses, the entertainment industry, restaurants, foster youth, renters and others. And of course, there were the stimulus checks that helped keep millions of Americans afloat.

Why it matters: Still, the rapid pace at which aid was distributed often meant it failed to reach those who needed it most.

This year, we’ve covered a lot of the ways the pandemic recovery efforts have left people behind. But we know it can be tough for anyone to follow all of the government programs that are out there. So, here’s a brief overview of how the programs have played out.

What’s happening: The federal government sent money to cities and states across the country to distribute to renters to help prevent a wave of evictions and homelessness.

Yes, but: Housing advocates charge that the money has been flowing too slowly to tenants. I spoke with a woman in July who was nearly evicted before finally receiving rental aid five months after she applied.

The other side: The organization has ramped up staffing, and is prioritizing tenants who have been served an eviction notice and those at the lowest income levels. DreamKey has also noted that it is disbursing funding faster than other cities and states, many of which have struggled.

The bottom line: It came down to what was a common issue across all of the aid programs — there was little existing infrastructure to disburse billions to people in need.

Flashback: The Paycheck Protection Program launched in April 2020, and while it helped a bunch of small businesses survive, it also immediately was dogged with problems.

The money ran dry in 13 days, and some lenders initially would only process applications for existing customers. Business owners in Charlotte that I spoke to for the Charlotte Observer at the time were scrambling to figure out how to stay afloat.

Ultimately, the program did bring aid to many small businesses, providing just under $800 billion by the end. Local business owners like the owner of Blackhawk Hardware described the money as a godsend. In many cases, it helped prevent closures and layoffs.

But disparities persist: Black and Latino business owners were less likely to receive assistance than their white counterparts.

What they’re saying: The county says the state gave them just two weeks to distribute the money to youth before the federal deadline.

The big picture: The majority of foster youth in Mecklenburg County, a group hit disproportionately by the pandemic, missed out on aid that could have made a big impact in their lives.

The arts and entertainment sector was shut down longer than most. As a result, both the local and federal government designed programs to help shuttered theaters, concert venues, museums and other cultural institutions.

Between the lines: Federal relief was disbursed more widely. Charlotte venues took in nearly $60 million from the Shuttered Venue Operators Grant program, according to an Axios analysis of the data in October.

Meanwhile, others faced difficulties receiving funds altogether. Larry Farber, owner and founder of Middle C Jazz, told me in October that his application was denied without explanation.

The speed that the programs were rolled out also gave fraudsters an opportunity to take advantage of them.

EatWorkPlay, a now defunct Charlotte event company, received $50,000 in Shuttered Venue Operators Grant money, despite appearing not to be eligible based on the program criteria. The company has a questionable history.

The bottom line: Government aid was limited, and money that ended up in the wrong hands took away opportunities for those who truly needed it. 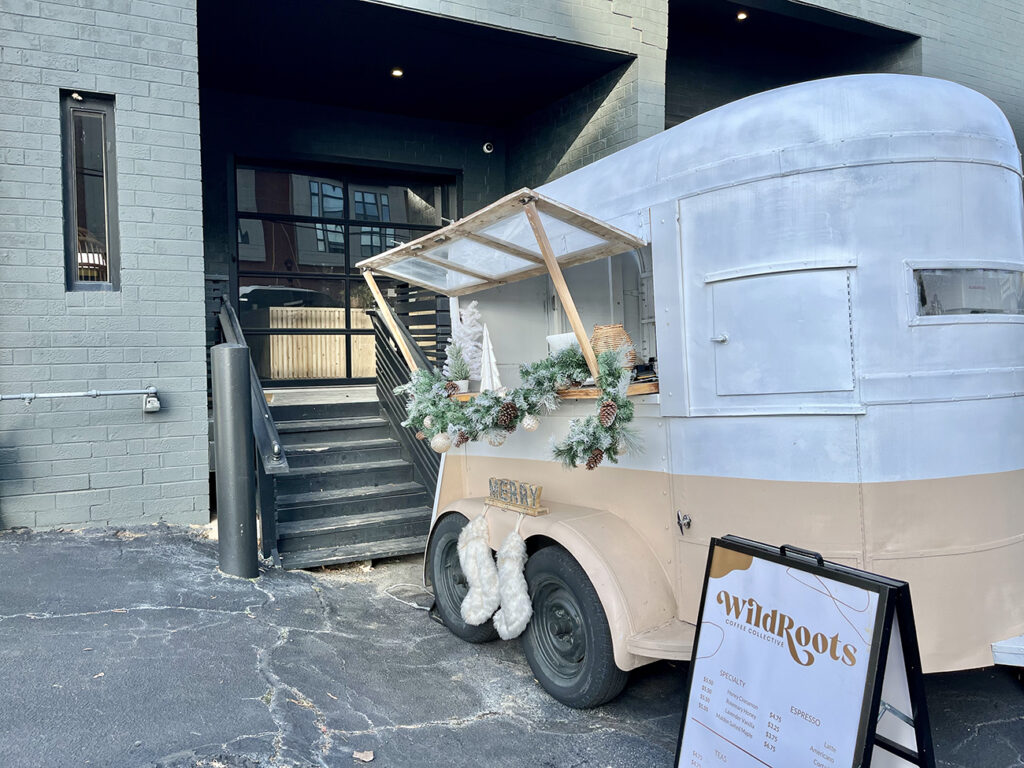 Wildroots coffee truck is opening a storefront in South End