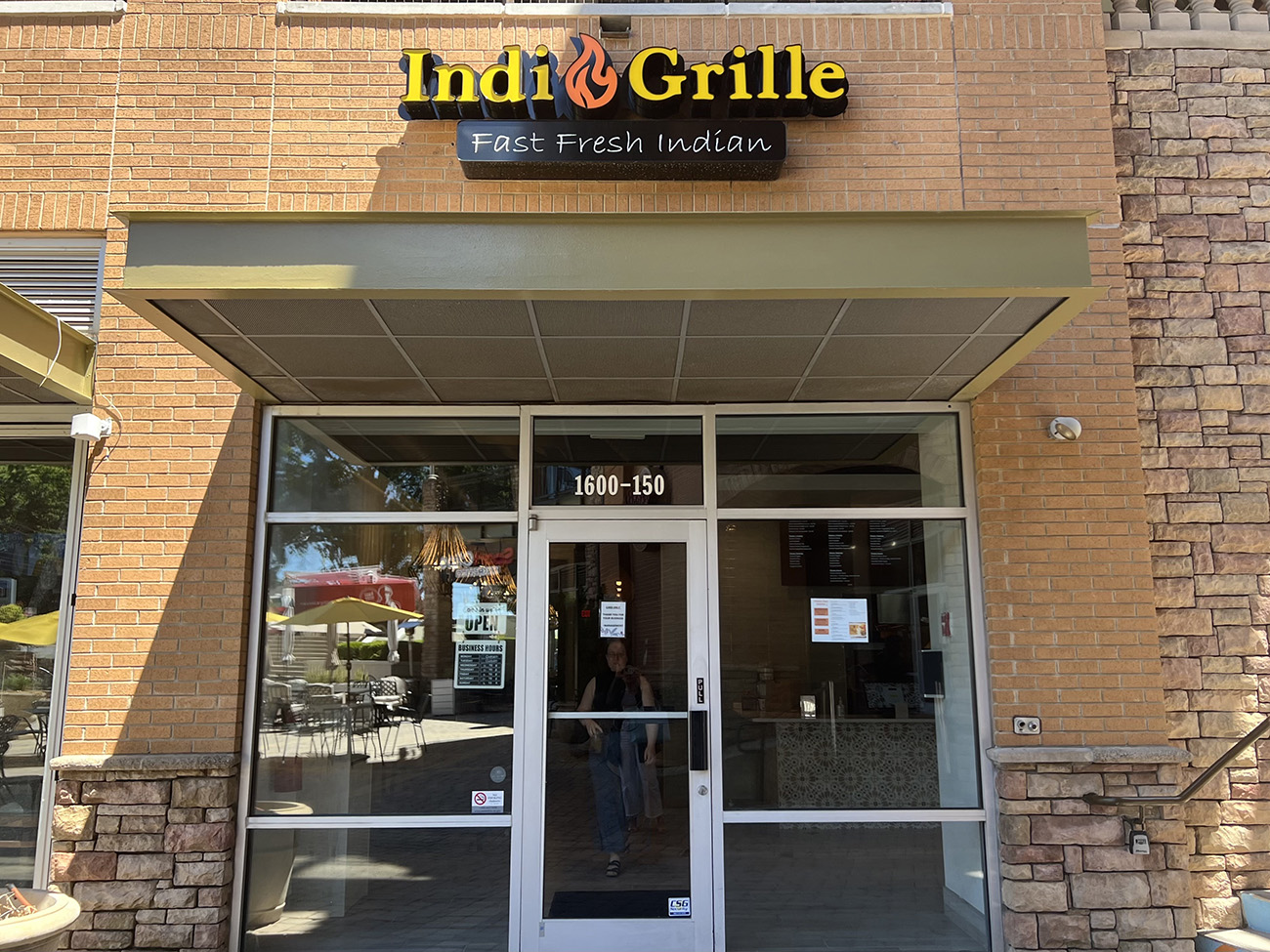 IndiGrille is a fast-casual restaurant concept that offers affordable and authentic Indian fare.

“When you go to a traditional Indian restaurant, you have to commit to one thing because you get giant portions,” owner, Sid Maheshwari, told Axios last December. “We’re going to have smaller portions at a lower cost so people can try different things,” he added.

Why it matters: It’s like Chipotle or Shake Shack, but for Indian food.

Yes, but: It’s not your typical fast-casual restaurant. All of the ingredients are made from scratch. “It takes more than two hours to make the gravy for the chicken tikka masala,” Maheshwari tells me.

What to order: If you’re looking for a traditional Indian meal, try the tikka masala curry and rice bowl ($12.99). The gravy has a bit of a kick to it. 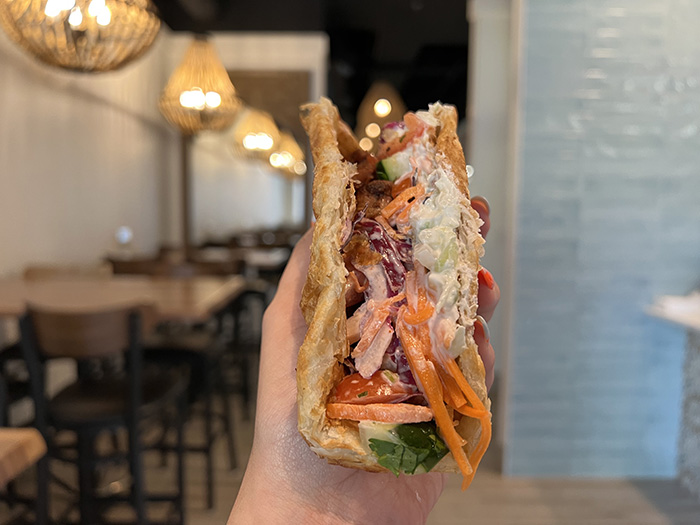 Tandoori chicken kati roll with all of the toppings. Photo: Laura Barrero/Axios

Details: IndiGrille is located in the shopping center on Park and Woodlawn roads, where the Total Wine is. 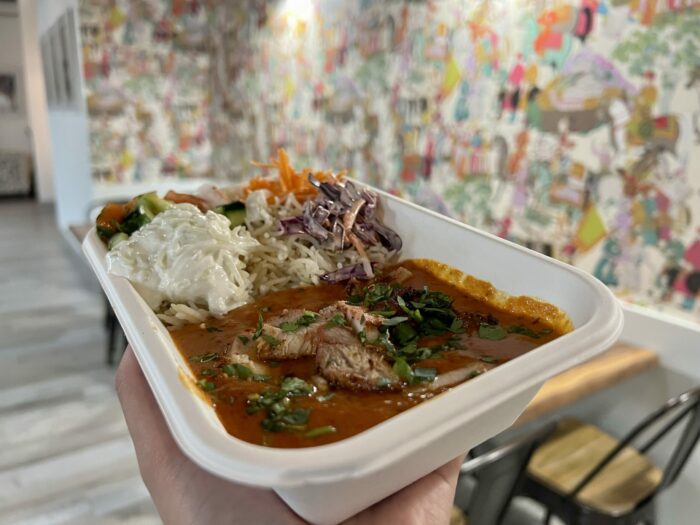 Tikka masala rice bowl with all of the toppings. Photo: Laura Barrero/Axios

Context: This is Maheshwari’s first restaurant, but he’s no stranger to the kitchen. “I love feeding people,” he says. Maheshwari learned to cook from his parents, who’ve stayed connected to their Indian culture through the ingredients in their kitchen.

IndiGrille is Maheshwari’s passion project that’s becoming a reality because of the pandemic. He’s doing everything from scratch, even building the website using his “basic web developing skills,” and teaching himself along the way.

What’s next: Maheshwari hopes to extend the restaurant’s hours to six days a week, “Depending on staffing,” he said. 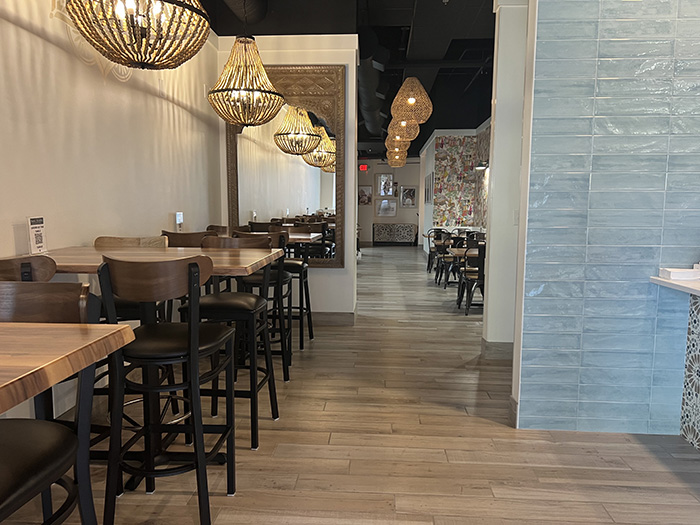 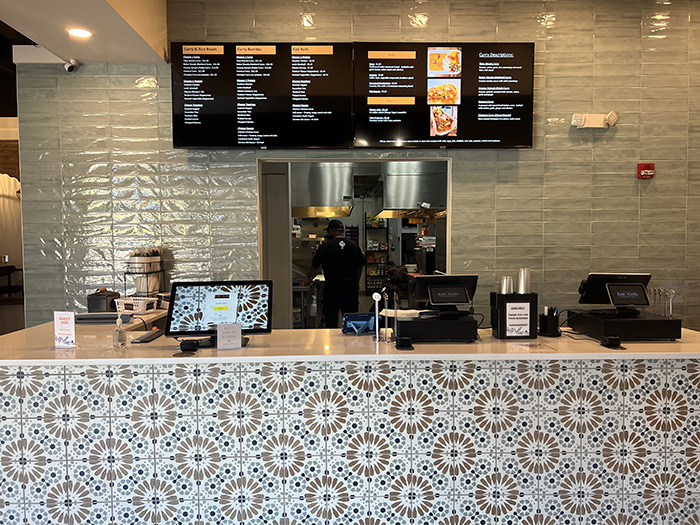 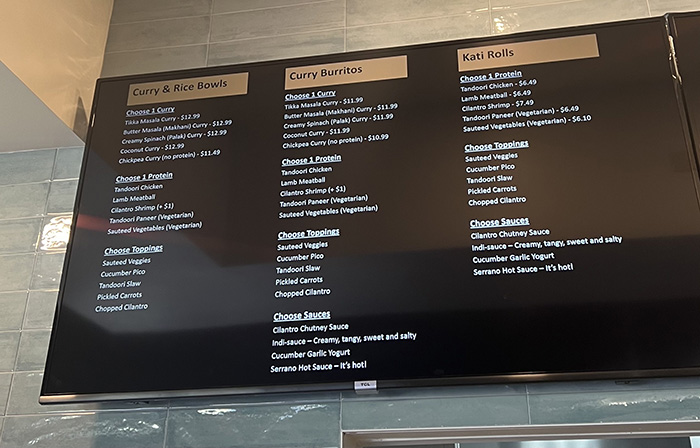 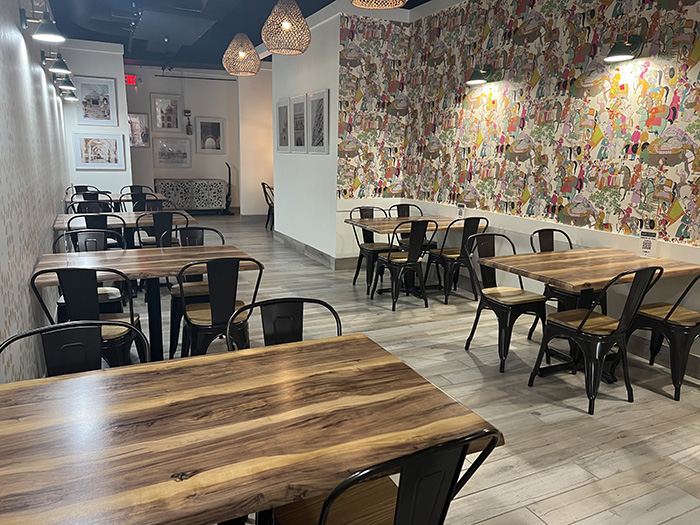 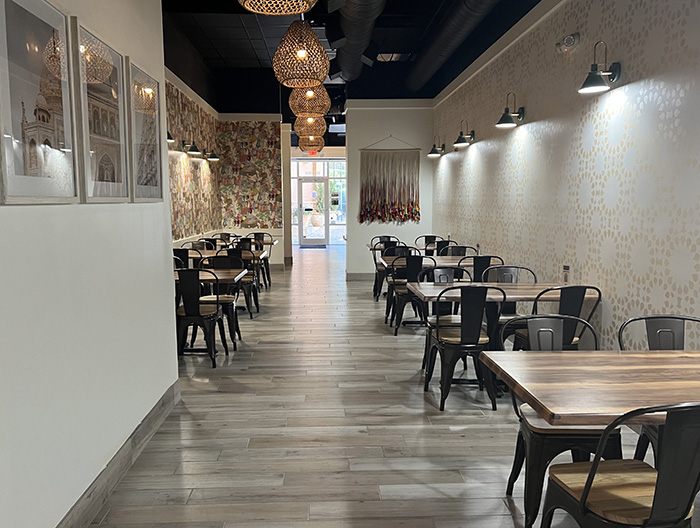 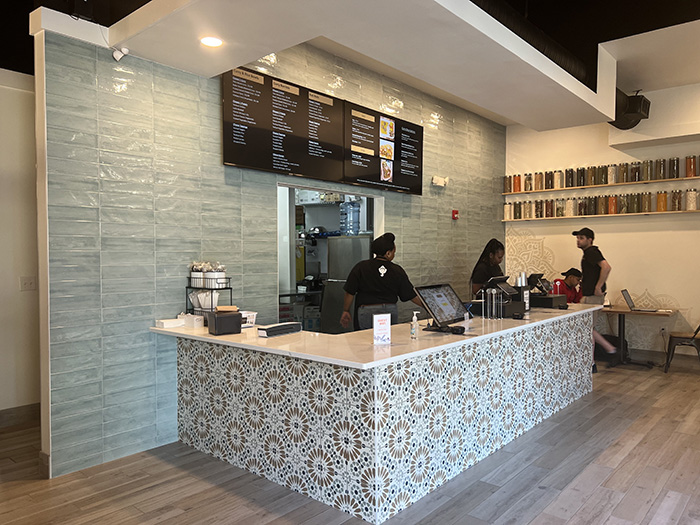 Editors note: This story was originally published on December 6, 2021, and was updated on May 13, 2022, to reflect the restaurant opening. 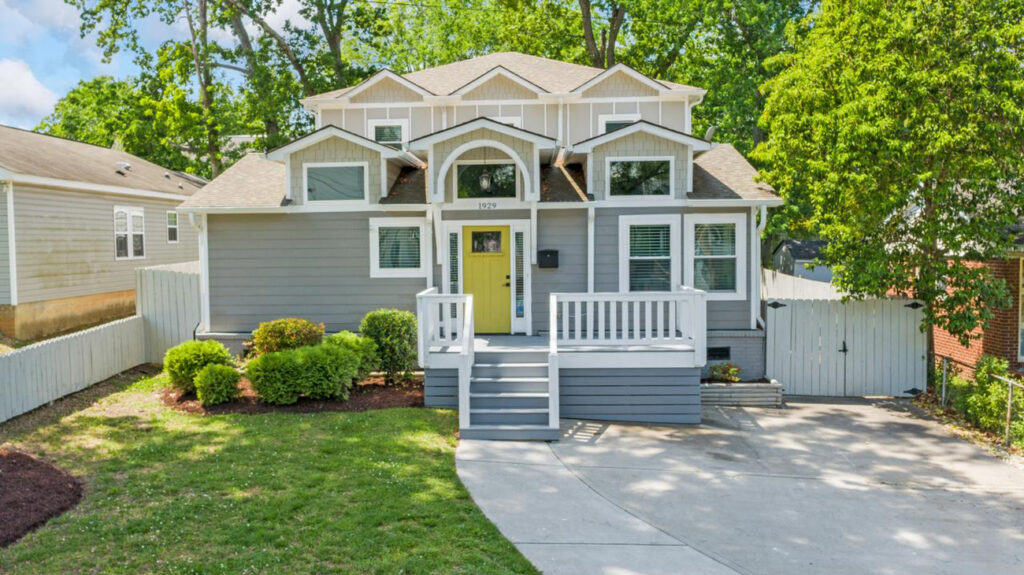 Hot Homes: 6 houses for sale in Charlotte starting at $280K