I ran the Charlotte Marathon 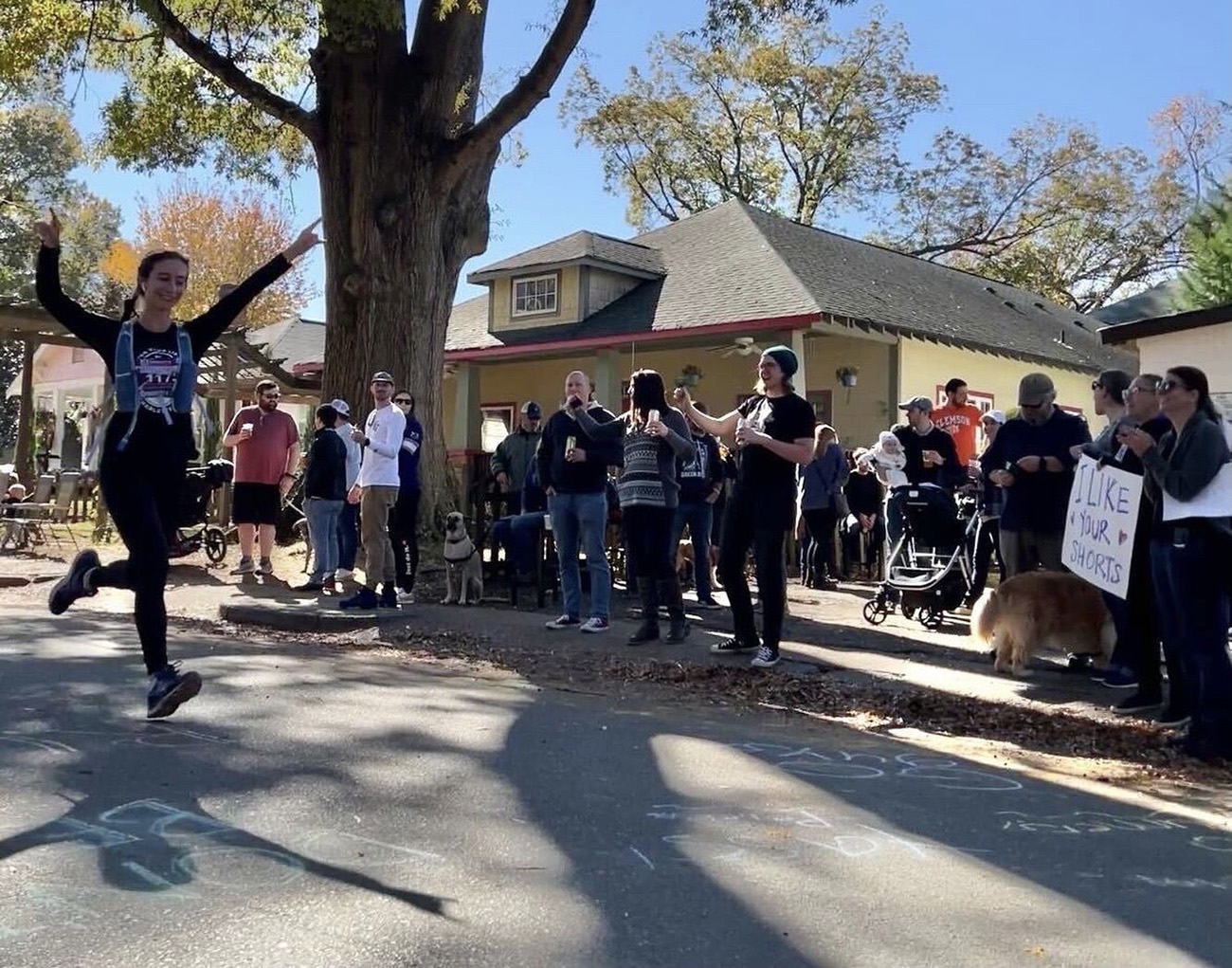 I ran the Charlotte Marathon, and it hurt like hell.

Running 26.2 miles on crisp, sunny November day through the streets of Charlotte sounds ambitious and fun until mile 22, when your hips hurt so much you would give anything to curl up in a ball on the side of the course and say, “I’m done.”

Now I’ve done this three times, and unlike the first time, I know how much it will hurt. Yet I keep coming back, and I even dream of running an ultramarathon, which is anything over 26.2 miles. Crazy, I know. Why would anyone willingly put themselves through pain?

Running is my safe space.

Even when it hurts, it’s where things make sense. Put one foot in front of the other. Keep moving. Even when the pain is unbearable, press on. Call it a metaphor for life.

I ran Charlotte for the second time less than three months after my mom died from colon cancer in 2017. With every mile, I kissed her ring and punched my fist toward the sky.

This year my sister ran up Graham Street with me.

Across from Bank of America Stadium, there she stood. Dead center of the course, encouraging me down the final stretch. “I’m your comedic relief,” she said beaming as she teased me she would kick my butt. “If you kick my butt, I will fall over,” I huffed.

Running, for me in many ways, is a solo exercise.

But it also reminds you how much you need people. The second I saw my sister and brother-in-law, I found the extra juice I couldn’t dig up around mile 23. Seeing my Axios family in NoDa at miles 17 and 21, and the police officer who clapped the entire time it took me to run up the final hill on mile 24 gave me a necessary push.

Thank you, darling humans, including everyone I flew past in pursuit of the finish line.