The story behind that funky ‘Clemson House’ in NoDa 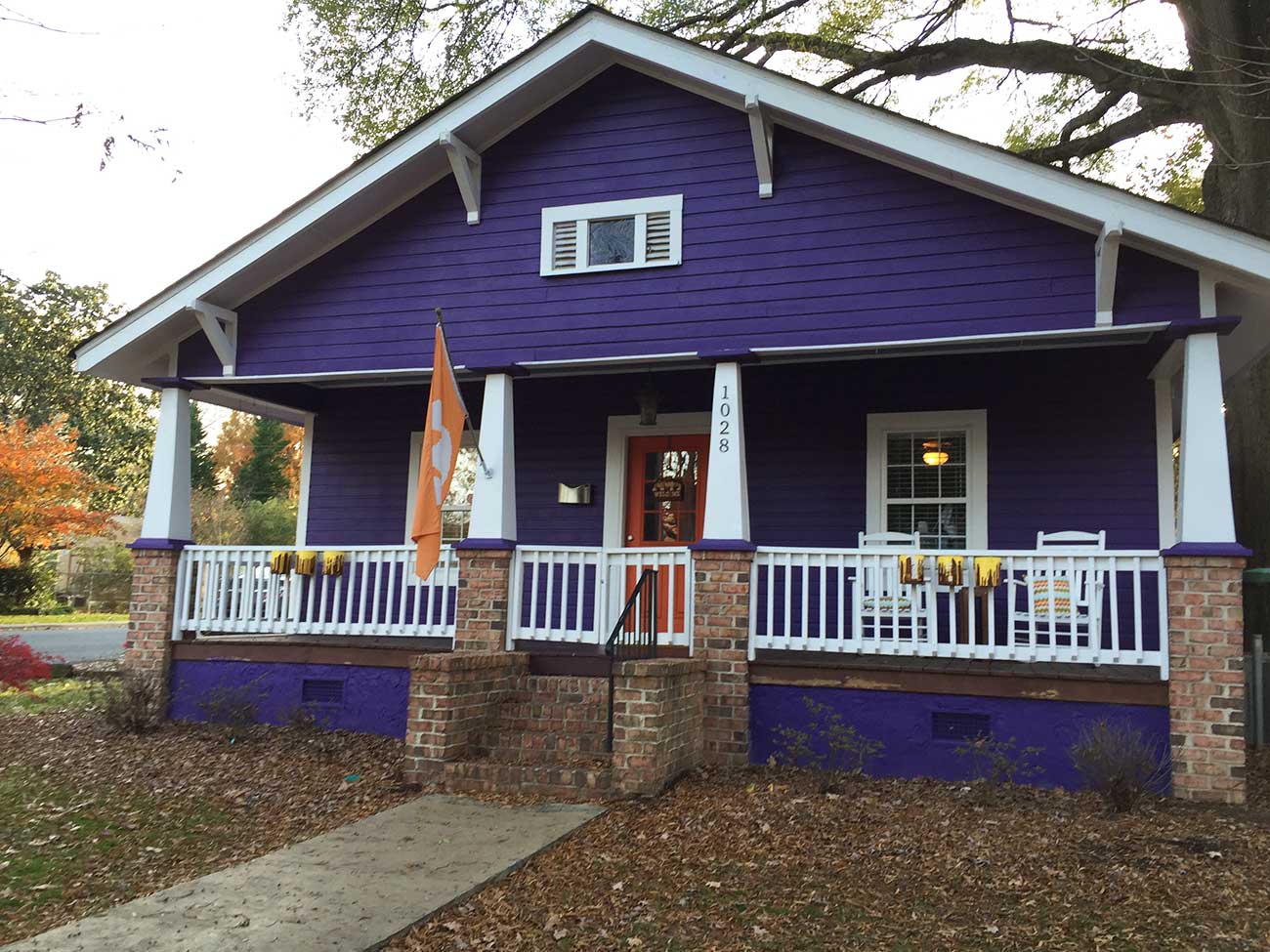 NoDa is known for its colorful houses, but one house in particular on 35th Street went all out. With purple walls, an orange door and a Tiger flag out front — there’s no doubt that this is the Clemson House.

My wife does her brutal marathon training around here and has been telling me for weeks that I need to find out the story behind the paint job. And since the Clemson faithful will be coming to Charlotte at the end of the week for the ACC Championship, I figured now was the time.

The house belongs to Dan and Kimberly D’Unger, who have lived there since 2013 and in NoDa for a year and a half longer. They met at — you guessed it — Clemson University, moved to Charlotte soon after graduation and now both work for manufacturers in the area. 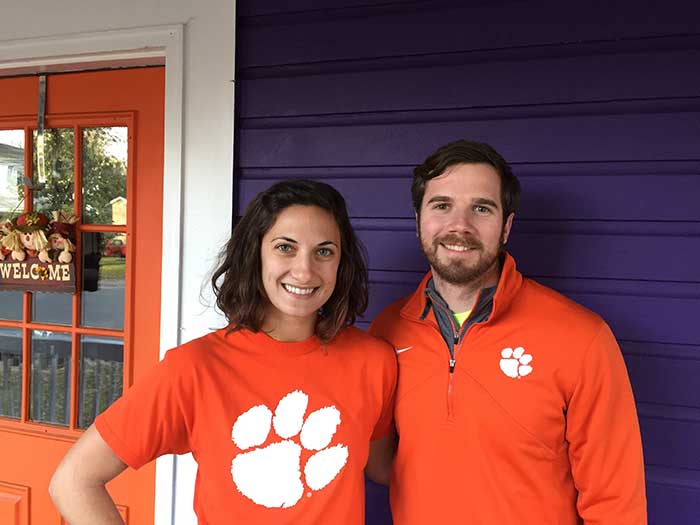 Here’s how the house looked right after they moved in. The Clemson flag went up the day the couple moved in, and the door was painted bright orange soon after. 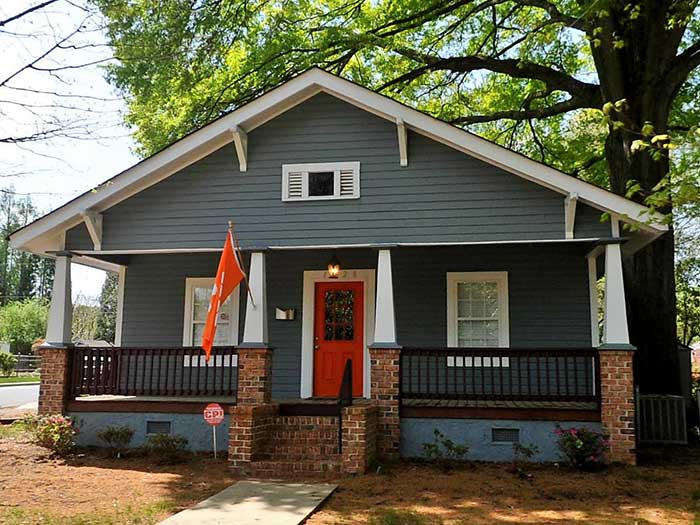 But soon enough the paint started to chip and it was clear the house was due for a repainting. “We thought, let’s go a little extreme,” Dan said. They had been joking for a long time about purple and orange and figured they might as well do it. Kimberly maybe would have preferred more of an eggplant shade, but Dan insisted they stick to the school colors. By the summer, the painting was done.

“This is NoDa, and we’re bringing some bright colors back to the neighborhood,” Dan said. 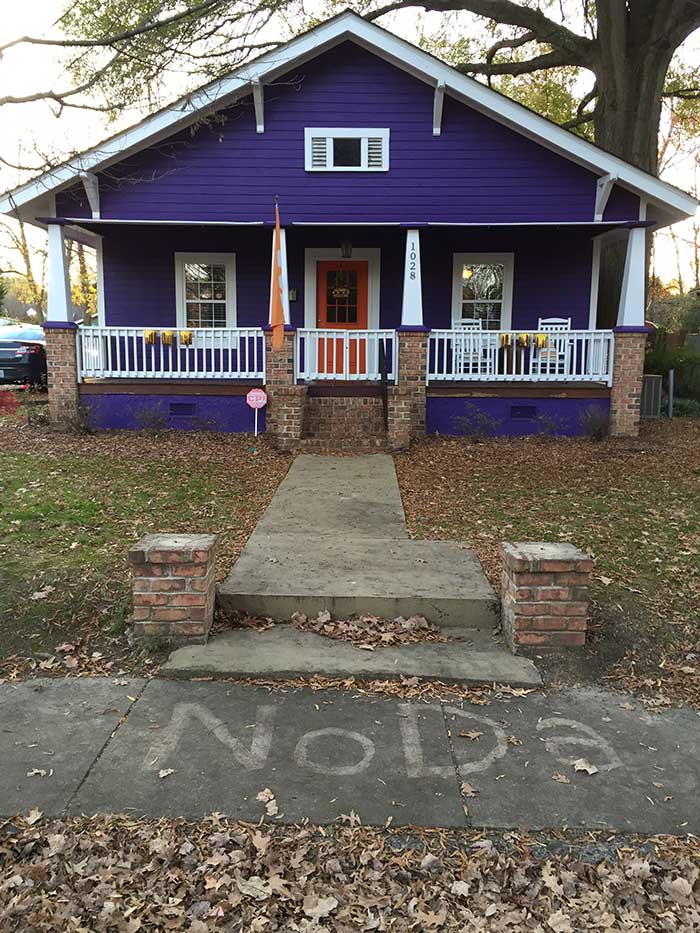 The neighbors love it, generally. The house across the street from them is full of Gamecocks fans, which another neighbor finds hilarious. Dan reports that only one lady has told them they were crazy.

People still slow their cars down as they pass by and take pictures out the window. And everyone calls it the “Clemson House.”

“We’ve become a landmark, which is pretty awesome,” Kimberly said.