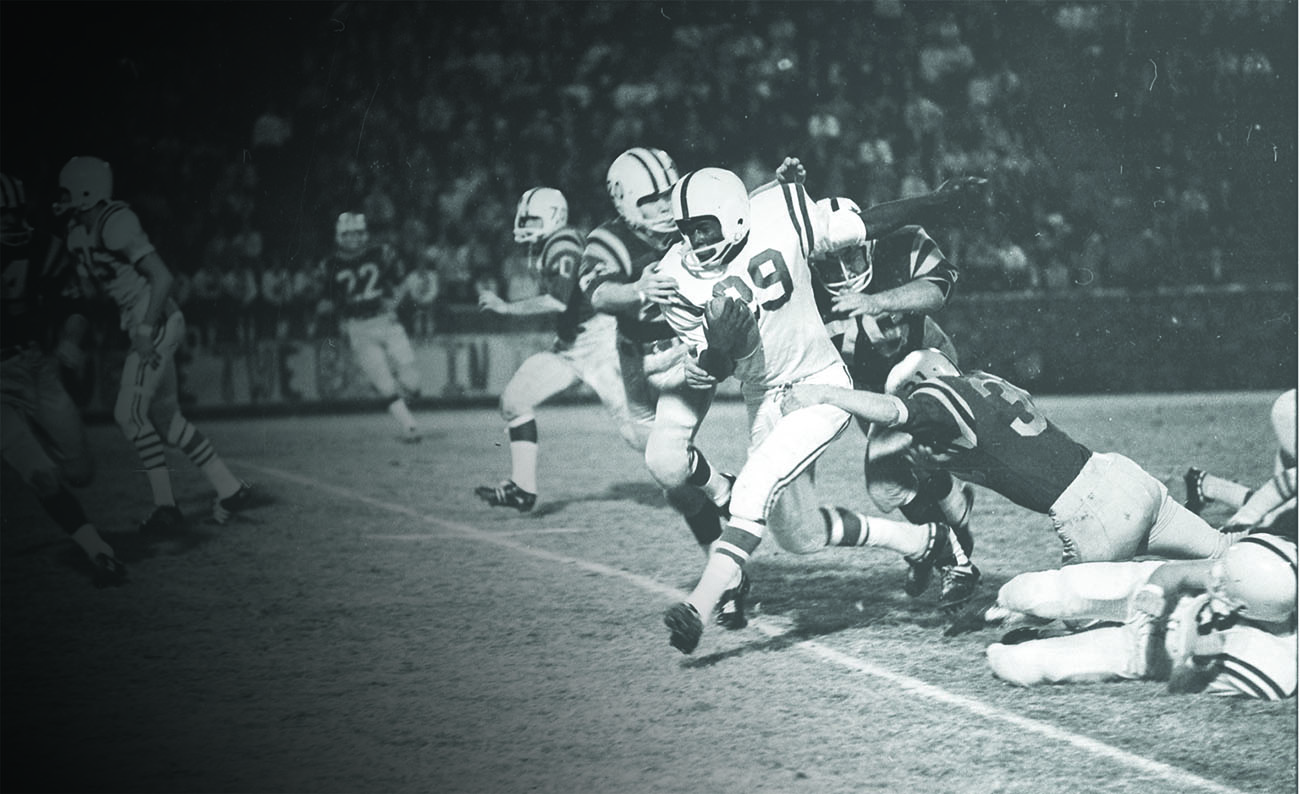 After everything happened that fall of 1965 — all the headlines and the hate and the firebombings — Jimmie Lee Kirkpatrick moved out west and spent 25 years as an educator in Oregon, figuring most folks in his hometown of Charlotte had forgotten about him.

He rarely shared the details of what he endured. Rarely spoke of how, as a kid from Grier Heights who grew up in a tight-knit Black family, he made the decision to leave the all-Black Second Ward High School and transfer to Myers Park.

What’s happening: Today the Charlotte Sports Foundation is making sure high school football players in Mecklenburg County never forget Kirkpatrick’s name. They’re creating the Jimmie Lee Kirkpatrick Award to be given each year to a senior football player from CMS who “displays talent both on the field and a passion for their community.”

Why it matters: The arc of a great civil rights leader’s life has its lonely periods. But now, Kirkpatrick’s legacy will live on every year with this scholarship.

The big picture: Charlotte’s done a decent job of honoring its civil rights-era legends. Harvey Gantt, the first Black mayor, has a museum dedicated in his honor. Dorothy Counts-Scoggins, who integrated schools while being pelted with spit, still has an outsized influence. People filled Johnson C. Smith’s chapel in January 2020 to remember Charles Jones, a Freedom Rider and longtime neighborhood advocate.

Kirkpatrick’s story is intertwined with those.

Backstory: In the fall of 1965, Kirkpatrick was at the center the city’s conversations on race when he made the transfer from Second Ward to Myers Park. “Half the community wanted me to go to Myers Park and half didn’t,” he says now.

The young Black lawyer who took up Kirkpatrick’s case and sued on his behalf: Julius Chambers.

On November 19, 1965, a judge gave a mixed ruling: Kirkpatrick would still be banned from the game, but officials were required to desegregate the contest in future years. It was the smallest symbolic step toward progress that a sport could make, and still it ticked off racists.

After high school, Kirkpatrick went to Perdue, then moved to California, then to Oregon as a teacher, coach and administrator. He shared his story in bits and pieces, but really didn’t even tell much to his own family.

People started talking about it for him around the 50th anniversary of that season. In 2014, the Observer’s Gary Schwab published one of the more memorable pieces of local journalism in the past decade. It’s the story of how Jimmie Lee reconnected with Myers Park classmate De Kirkpatrick, a white man.

What’s next: A panel consisting of people from CSF, CMS and the community will pick the winner each year. They’ll judge the students based on athletic achievement and community impact. 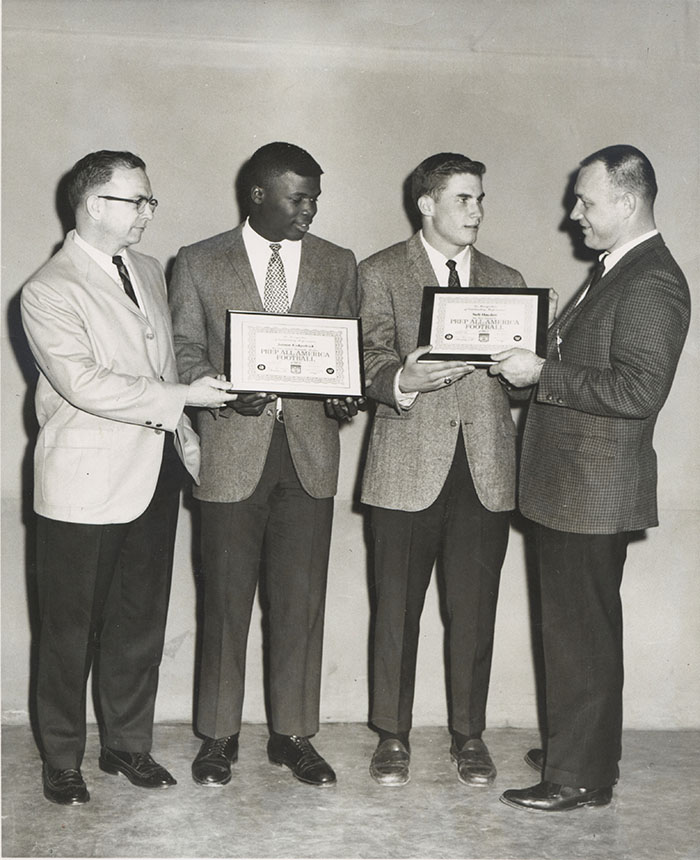 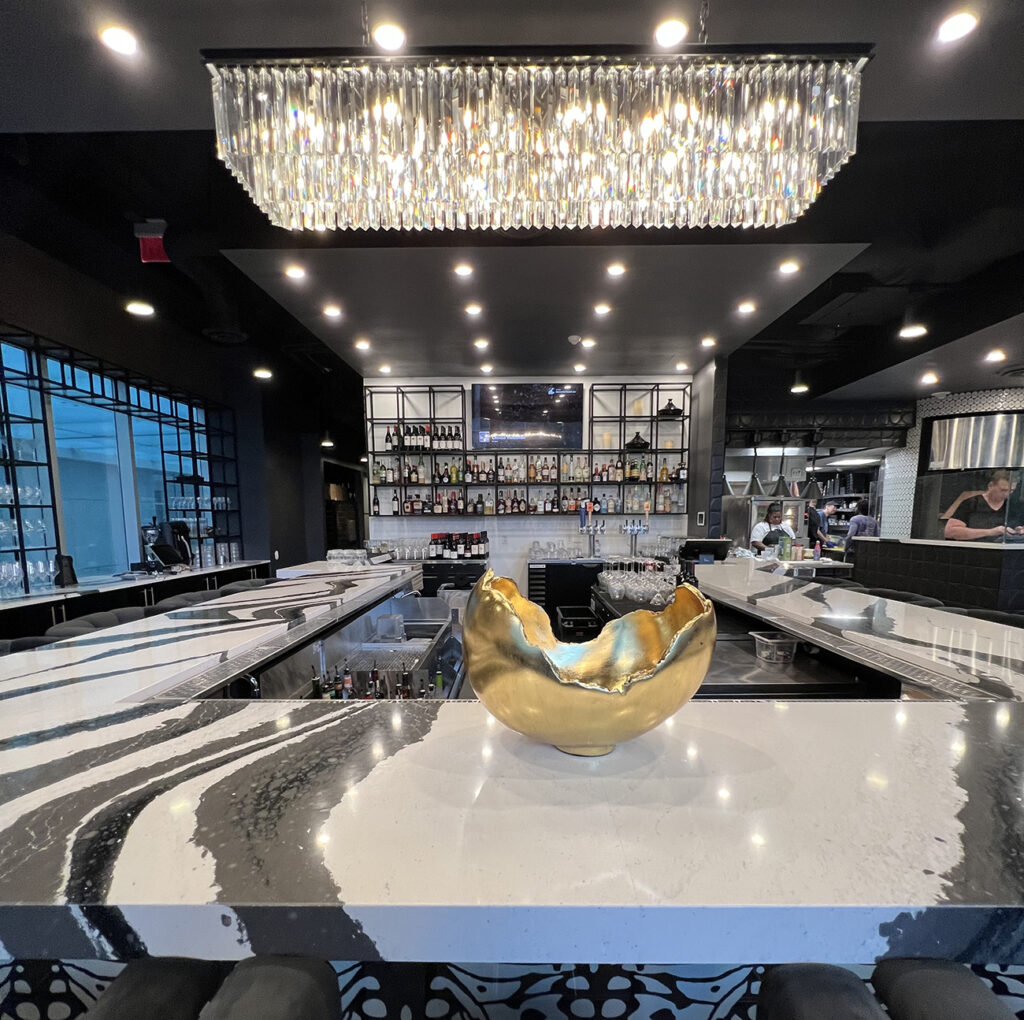 by Emma Way and Laura Barrero
Most Recent Open Jobs