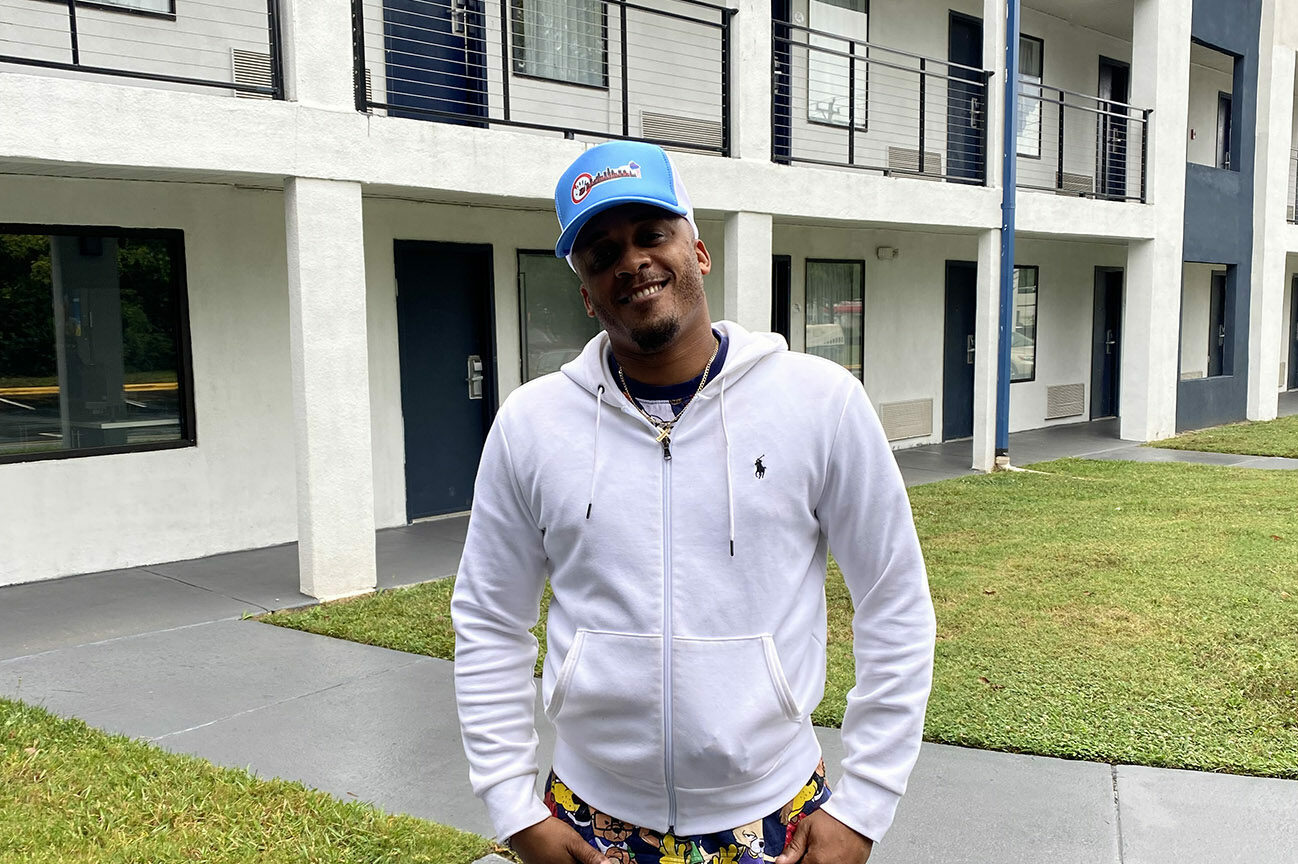 Greg Jackson’s face brightens as he smiles at the baby in the stroller in front of him.

The child and her mother, recently on the verge of homelessness, are among the nearly 30 families that Jackson’s organization Heal Charlotte has housed in the last year at the Baymont by Wyndham in the University area.

He started the program at the hotel during COVID-19, where he pays for people’s rooms for a period of time and helps them build up their finances.

Jackson said yes to helping the mother and child.

But lately, he’s had to say “no” a lot more as his organization’s money dwindles and he’s been shut out of government funds.

Saying no is the part that’s heartbreaking because each time, that’s one more family that will remain homeless. Heartbreaking, because it begs the question: how many more times will people try to get help before giving up.

The frustration is Jackson knows he could help those families. But he believes a system that is not adequately set up to benefit grassroots organizations like his is getting in the way.

Why it matters: Many small nonprofits like Jackson’s struggle for a seat at the table in a city that has long had its gatekeepers.

At one point during his rehousing drought, Jackson turned his phone off. He couldn’t say no anymore.

What’s happening: As much as Jackson wants to grow his organization and benefit more people, he’s still limited by a lack of resources, despite being featured on national news, and receiving support from across the U.S.

Earlier this year, he said Mecklenburg County approached him to host 40 families from the former “tent city” encampment in his program.

Instead, the county is partnering with Roof Above, Catholic Charities and Block Love Charlotte to put the remaining residents in hotels while they search for permanent housing.

The other side: Mecklenburg County declined to comment on the specifics of the decision not to fund Heal Charlotte. 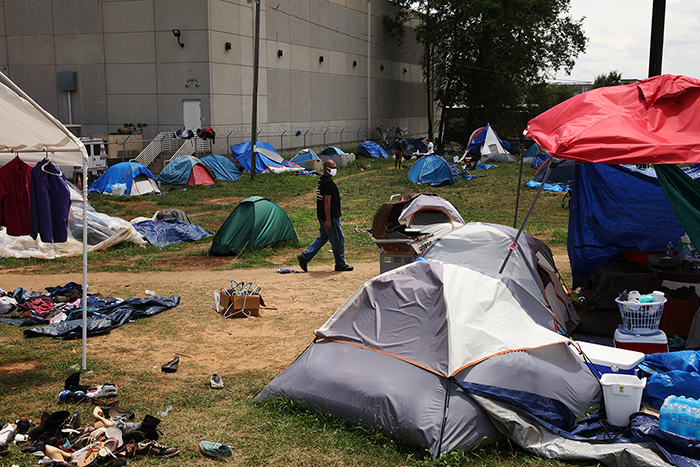 The tent city encampment in July 2020.

The clearing of tent city and relocation of residents have involved some grassroots groups, though.

Joe Davis is the founder and board chairperson of the Hearts Beat as One Foundation, one of the organizations the county contracted with. The foundation’s volunteers staffed a hotel where residents were relocated.

Deborah Woolard, executive director of Block Love Charlotte, said the encampment situation allowed grassroots organizations to have a voice, because they were the ones on the ground.

Yes, but: With roughly 17% of the tent city residents who originally moved into hotels housed, it’s clear to Jackson that the county’s strategy isn’t working.

But instead of partnering with new organizations that have innovative ideas, he believes leaders are taking the same ineffective approaches.

Johnny Roberts is one person whose life was changed by Heal Charlotte.

Roberts, a 56-year-old concrete finisher, was working on a cell phone tower in north Charlotte when his drill twisted and he broke his wrist.

But the cost of staying in hotels for months added up, and he was running out of money. He wound up staying in tent city for two months.

Finally, a friend told Roberts about Heal Charlotte’s program, where his stay was covered while he got back on his feet.

Roberts now lives with his nephew, who is disabled, and helps support him. None of that would have been possible without Jackson, he said, and he can’t understand why other organizations receive resources, but Heal Charlotte doesn’t.

Between the lines: Jackson received about $70,000 in CARES funding from the city of Charlotte that he’s grateful for. But it came in the form of a reimbursement several months later, which is difficult for a small nonprofit.

What’s next: More than a year ago, Jackson launched a campaign to raise $10 million to buy a hotel and convert it into transitional housing and a community campus. A rendering of the potential Heal Charlotte campus.

These are the sacrifices that a small nonprofit has to consider. Large entities, Jackson says, don’t have their voicemail box filling up with people they can’t afford to help.

Still, the people who Jackson can aid, like Johnny Roberts, keep him from giving up.

Note: This story was updated to clarify Heal Charlotte’s relationship with the county and Common Wealth Charlotte. 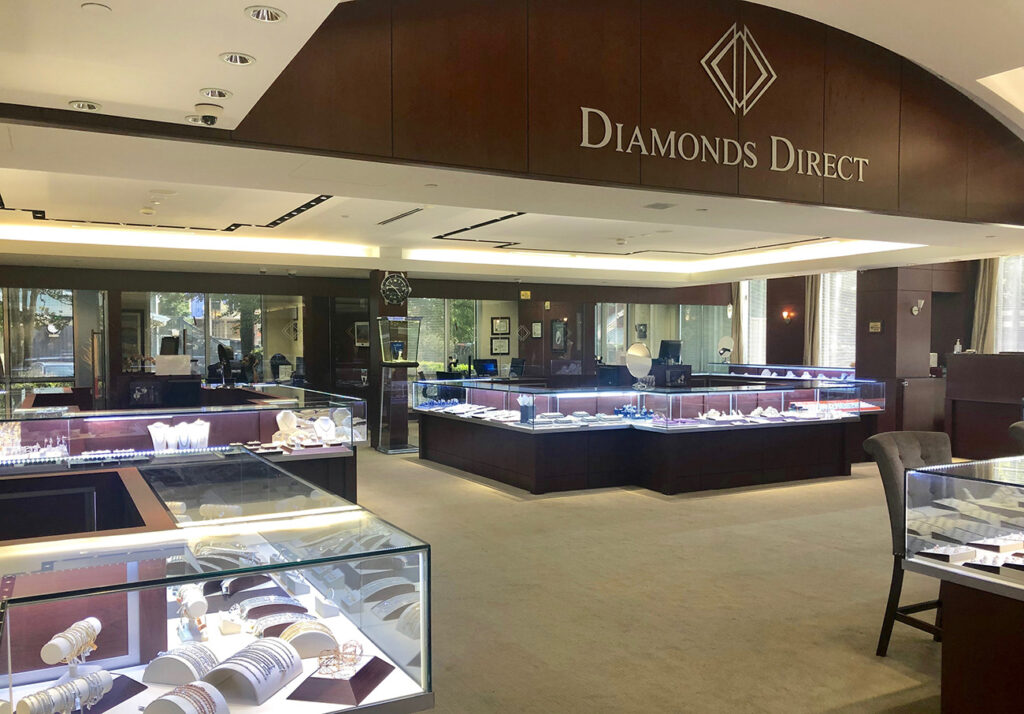