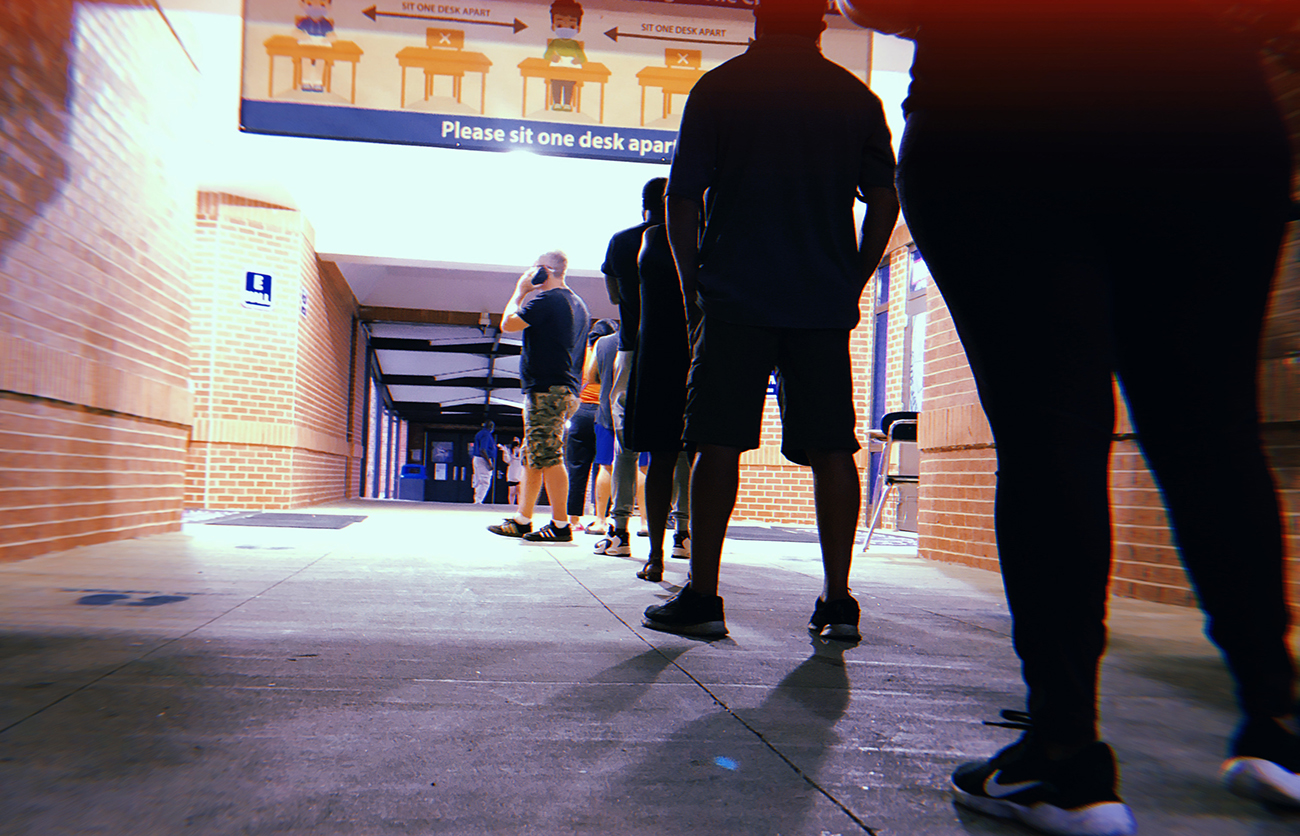 Parents waiting in line to pick up their children at North Mecklenburg High on Thursday morning. Photo by Axios Charlotte contributor Alvin Jacobs

Note: This story was updated at 2:30 Thursday with reports of Malek Moore’s arrest.

“I know you’re asleep but supposedly there’s gonna be a school shooting,” a 15-year-old North Mecklenburg High student wrote in a text to his father Thursday morning.

“They said just go to the office and request for me,” Braxton, his son, said. “Then I’ll get an escort to the office.”

By the time Alvin got there, a line was out the door with other parents. It took him nearly 45 minutes to check out his son.

What’s happening: North Mecklenburg is one of three high schools CMPD says is involved in a deadly, armed back-and-forth that claimed the life of a most innocent victim this week — a 3-year-old boy named Asiah.

Zoom out: This has been a week of widespread anxiety throughout Charlotte. Not only does an armed dispute between teenagers have families afraid to send their kids to school (on top of the pandemic, by the way), there’s been a manhunt for a person who police say killed an artist and teacher named Gabryelle Allnütt near NoDa Monday, among several other alleged crimes.

The big picture: It says something about the psyche of a country that alarming text messages have become an expected part of the high school experience for parents.

But this thing with the high schools feels like something different. This is all the stories about rising gun violence in Charlotte — the 120 murders last year, the similar rate this year, all the dire warnings from community leaders about teenagers settling scores with guns — joined with the return of in-person learning.

This isn’t stealing a mascot or painting over a rock: This was 150 shots fired into a home.

“Is it a girl? Is it drugs? Is it disrespect?” Jacobs asked rhetorically when I talked to him after he got Braxton home. He’s a friend and a photographer in Charlotte who’s worked on several stories with me, and most recently he’s been artist-in-residence at the Blumenthal for the “Immersive Van Goh” exhibit.

Jacobs’ son Braxton just moved to Charlotte from Fayetteville, where he’d gone through middle school. Braxton’s into skateboarding and anime, Alvin tells me, and hadn’t even heard of the shootings until Thursday morning when someone told him he should probably go home.

At the start of the year, both father and son were worried about all the changes — new city, new high school, no old friends, all in a pandemic.

“Now you’ve got what’s called the block is hot. You’ve got the entire city on fire. The police are hot,” he says. “Back then there was like mob control.

“You don’t shoot up an entire house like that. In a neighborhood? On camera?” he says, his voice growing louder. “Are you kidding me? And you killed a kid? A baby?”

The timeline: A series of events led up to killing of 3-year-old Asiah, and to Thursday’s threats:

Unanswerable questions like that from Jennings are at the core of our collective pandemic of grief and anxiety.

Here’s another example: My phone’s buzzed a few times in the past three weeks, before any of this even happened. The first two times I picked up, the man on the other end apologized.

Charles Billings is the father of Jamaa Cassell, an innocent victim of the senseless Beatties Ford Road mass shooting in June 2020. I wrote about him earlier this summer on the year-anniversary.

I kept him on the line. He really did mean to call someone else, he says, but still, some days he’s just looking to talk to anyone.

“I just don’t understand,” Charles says. “How does nobody know?” 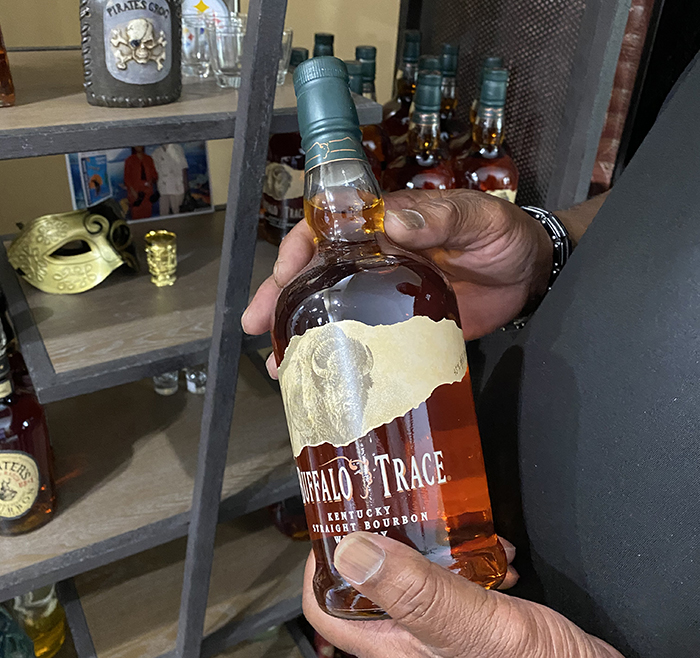 As more and more of those unanswerable questions swirled in Charlotte again this week, I thought about Charles and several other parents of murder victims I’ve talked to recently, several of whom have become close.

Each a death of unique circumstances, all bound by a few things: They were sudden, they were unexpected, and they leave ripples that last way beyond the news cycle.

Young Asiah was supposed to turn 4 this coming December, his great-grandmother told WBTV.

And Allnütt, the young art teacher who escaped a hurricane, had just posted on social media of her temporary home in NoDa, “I am beyond fortunate to have had a friend to evacuate with and their community accept us with open arms and hearts.”

More of that, is all we’re asking.

“Y’all get tired of me saying it,” Vivian Carr said on her Instagram, “but we gotta love more.” 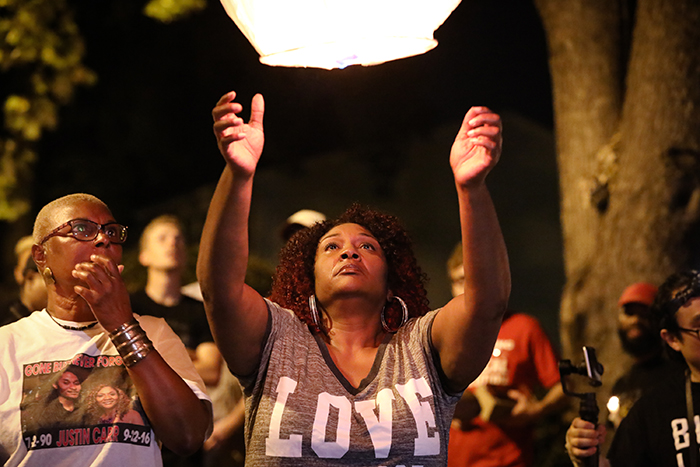 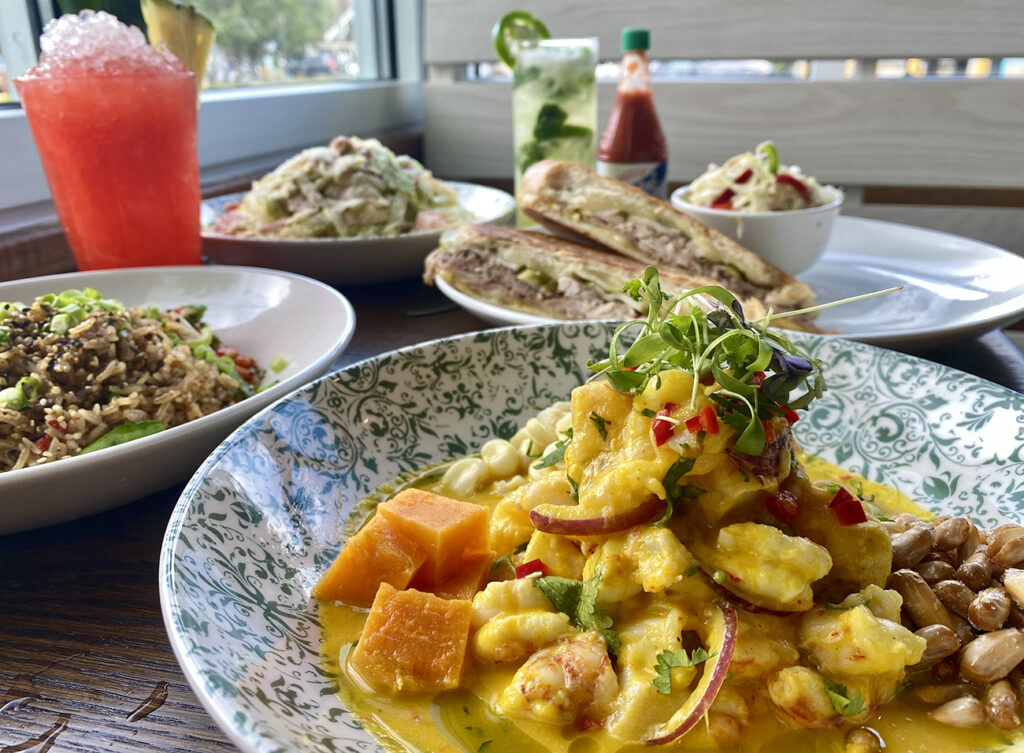