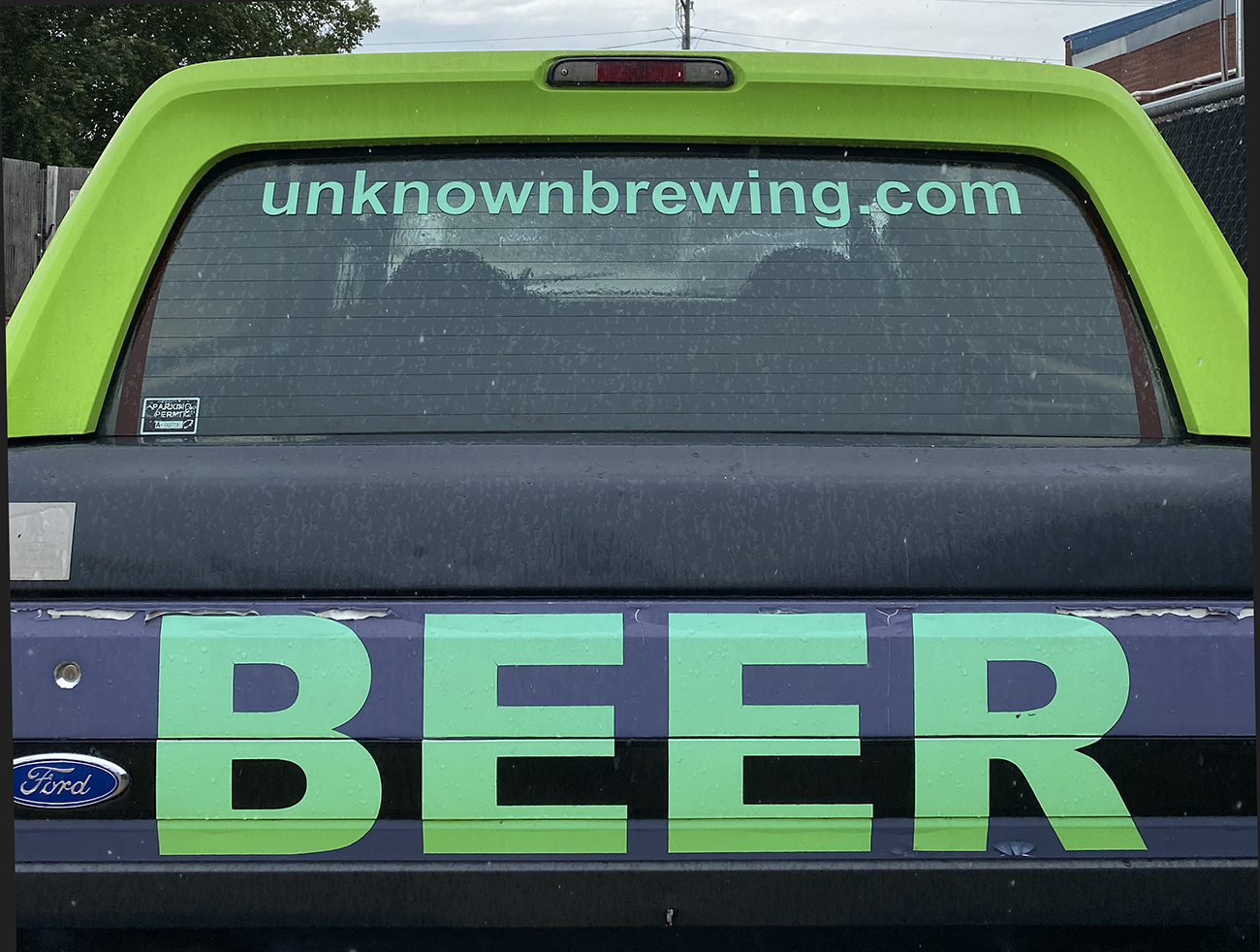 The explosives would be necessary for his big goodbye to his life as an owner of one of Charlotte’s most well-known breweries, Unknown Brewing. They’re having one last throwdown Saturday with five bands, a wrestling ring, two beer releases, and of course the fireworks.

But he’s saying goodbye to a lot of other things, too. The weight he’d gained. The nights at home he’d missed. The soccer goals his son had scored without him watching. His youth.

And all the crazy-ass stuff he’s thought of over the past eight years.

Why it matters: Those were all damn good times. And they’re all going to be part of Shell’s past now, he says. He’s 38 years old (his wife had to remind him that he wasn’t 39 yet) and it’s time to reset priorities.

It’s been a helluva run, he says. And it’s not over. Unknown will still be a brand; it’ll just be a ginger ale brand.

But this is the story of what happens when a pied piper of the craft brewery generation — the bearded, music-loving, bro-having, corporate-shunning, all-local, can’t-believe-they-get-to-make-beer-for-a-living generation — becomes a middle-aged dad anyway.

Here’s what he says about it: “I think of it as managing the pillars in your life. My entire life I’ve thought, ‘If you just raised this one pillar enough and just get rich as shit, then all sudden you’ll take care of all the other pillars. Like, all of a sudden you’ll have time for family, and all sudden you’ll start working out.”

He chuckles at himself and keeps going.

“But my other pillars were crumbling, because my only view of success was this one pillar. By the end of last year, I was 318 pounds, you know, damn near a heart attack, almost diabetic, my wife and I hated each other. My kid didn’t know who I was. And I’m working and dying. And I’m like, something’s gotta change.”

Indeed the brewery business has changed, too. Shell opened Unknown’s taproom in 2013, back when people in Charlotte celebrated every brewery opening like a moon landing. These days, each opening brings the “how many breweries does one town need?” jeers.

But this city isn’t going to just reach a consumer max in breweries and then just see people going bankrupt, Shell says. Brewery owners are resourceful, and instead of becoming flame outs, many will simply shift to something else when the market says to shift.

For him, that time is now.

“It becomes just like any other ecosystem, and some species die off and new species are created and evolution happens,” he says. “And we’ve evolved into some sort of gingery butterfly. We were kicking it over there with the caterpillars for a while, and now we’re ginger ale butterflies.” 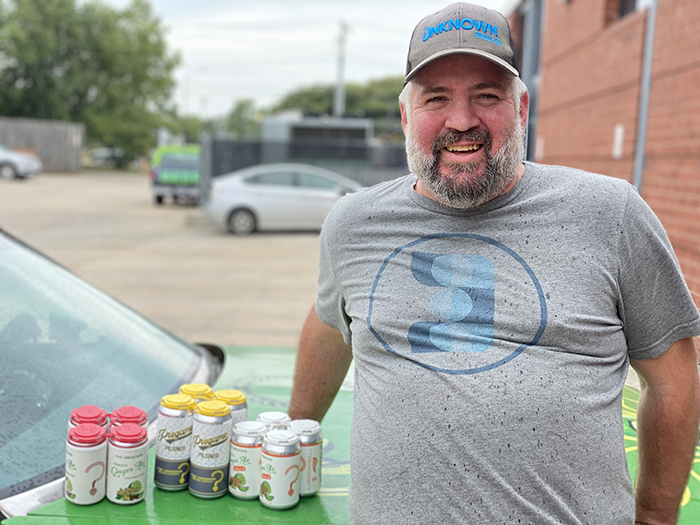 Eighteen years ago, Shell was a high school dropout from Atlanta with a GED working at Sweetwater, then one of the few craft breweries in the Southeast.

He was 21 and scrubbing kegs while Ted Nugent’s “Stranglehold” played, making minimum wage, wearing a pair of shorts that his then-girlfriend sewed patches on just to keep them together, and all he could think was, “this is awesome.”

He told himself he’d own a brewery by the time he was 30. The name came a little later: One night he was out with friends, half-drunk at the Waffle House when he said, “Guys, if we left now we could be on the Ocoee River by 8am whitewater rafting.”

One friend said he had to work the next day. Another said he had a family party. And Brad said, “Guys, we were meant for more than this. Life’s about living in the unknown.”

Right around his 30th birthday, Brad, with the help of investors, opened Unknown Brewing.

All he wanted to do was create a place for people who might think driving overnight to go rafting on the Ocoee was pretty cool.

He bought a van, an El Camino. He had question marks painted all over them. People started seeing those question marks around town and wondering what they were about.

Unknown was different from Charlotte’s other breweries at the time. Olde Mecklenburg was going the German route, NoDa and Birdsong were forming a chill 1-2 destination in their original spaces on North Davidson Street, and Triple C was all alone in South End.

And here came Unknown, asking people to take their pants off for bike rides. Every day he just kept trying to come up with something new. 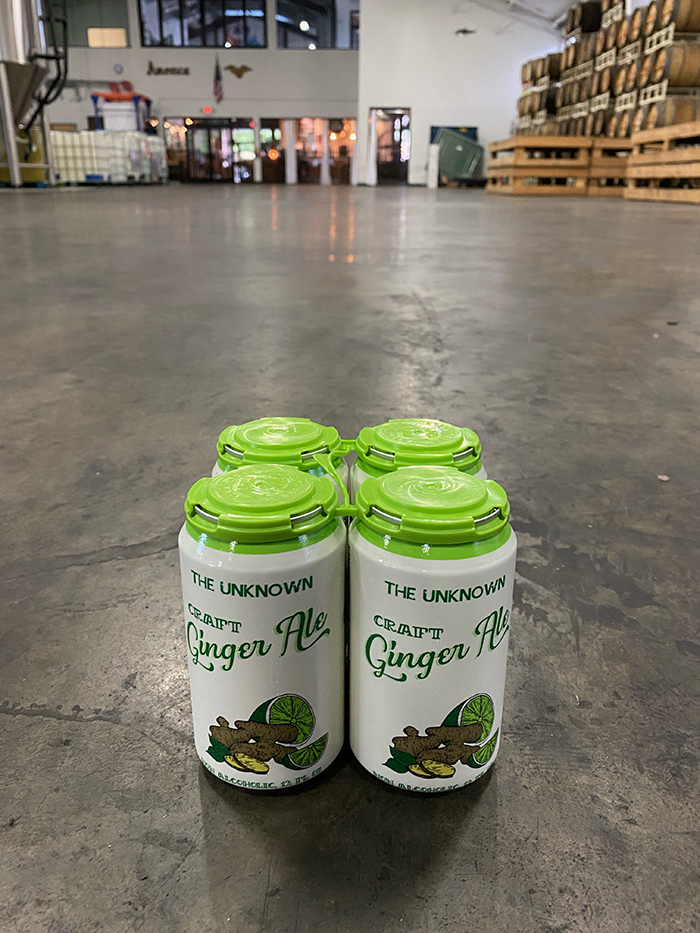 Around 2017, he was drinking whiskey and wanted some ginger ale to mix with it. So he made a batch himself, using fresh ginger.

Without asking him, someone on his staff started selling it in the tap room. He was mad at first: “That’s my f—ing ginger ale,” he told them.

But the customers loved it. People kept buying. Most would eventually ask him some version of the same question: “Hey, his ginger ale tastes like ginger. What are you doing?”

Soon he started looking at the shelves at grocery stores and in convenience stores. The craft beer coolers — which once were sidebars to the Bud Lights of the world — now spread far and wide. But the craft soda coolers were small. And all the ginger ale was still Schweppes or Canada Dry.

Shell was successful by most possible measures. The beer was popular, the ginger ale was popular, and his pockets were full. But he was having trouble with lots of other things. 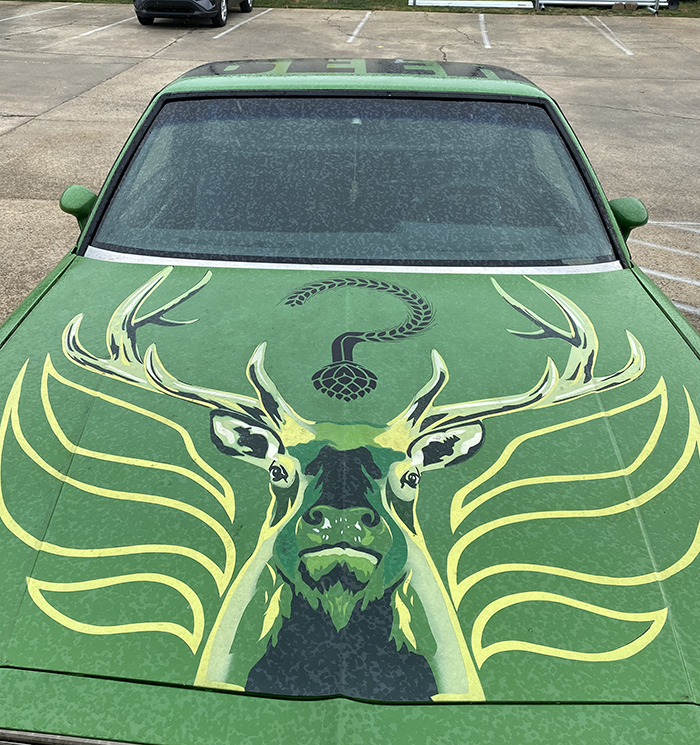 Shell’s wife, Lisa, had sewn patches on his shorts when he was at Sweetwater. And now she was a mom of a young kid, alone most nights because Brad was so busy making it rain beer and cash on Mint Street.

Even the pandemic didn’t stop him from coming up with new things to do. In April 2020 he recalibrated some equipment so that it could fill hand sanitizer bottles. For a time during COVID-19, Unknown supplied a significant chunk (or glob?) of hand sanitizer used in the city of Charlotte.

He also rigged up the Unknown El Camino with the ice cream truck jingle and sent it out with cases of beer. Legally, customers can’t buy beer out of strangers’ cars. But! Shell knew they could call the brewery and order it. So he’d pull into a neighborhood and ask if anyone wanted beer, then hand them a cell phone to place the order first.

That lasted until the El Camino went driving past a cop car on Park Road one afternoon and ruined that.

The point here is, there’s nothing he won’t try. Unknown and Shell became like the Bill Murray of Charlotte breweries: No joke was too strange, no idea too out there.

But by last summer, all the brainstorming in the world couldn’t help him overcome the reality that he was up over 300 pounds, borderline diabetic, and driving alone on Charlotte’s streets to work his tail off at a beer-selling business whose taproom couldn’t even be open.

He kept looking at the cases of ginger ale, flying out of the warehouse, teasing him.

Like most things, he turned it into some sort of philosophical question about his life and losing his youth. How funny, he thought, for all the fireworks he’s blown up and scorpion beers he’s made, the thing most likely to help him get to retirement age is an alcohol-free soda that kids drink when they’re sick:

He made it official in late June with a post. People immediately responded by saying how much they identified with him.

He started planning the end. It begins this weekend with the big festival. Then a week will pass, and the last day for the taproom will be Aug. 21. On that day he plans to get to the brewery early, fire up a smoker and some meat, and just sit out front shaking hands and saying goodbye.

Then at some point in September, he plans to blow up — yes, with explosives — the Unknown van, for grins.

There’s much about owning a brewery Brad Shell will not miss. But the people, the explosives (ginger ale parties aren’t exactly pow-pow-pow inspiring events), and the beer-brewing, gosh he’s going to miss them.

For the last batch of beer he created, he invited all the brewers he’s employed over the past decade back to help him make it. They of course used scorpions again. As they described it on Instagram: “It’s a Mexican imperial lager with fresh lime zest, Serrano peppers, agave nectar, neo-mexicanus hops, and of course 99 real 🦂🦂🦂🦂🦂🦂”

Shell got misty-eyed during the creating.

He describes that part of it like it’s a spiritual revival for him. And an awfully quiet one, too, for a man who always keeps some firework money handy.

“I love that early morning,” he starts, his voice trailing off like a storyteller at a library. “Nobody’s f—ing here. Throw on some Willie Nelson ‘Blue Eyes Crying in the Rain.’ Just easy going as you sip your coffee, and the kettle’s coming up on steam. No phone calls. No emails. No excise tax. No distributors. No employee problems. No HR. 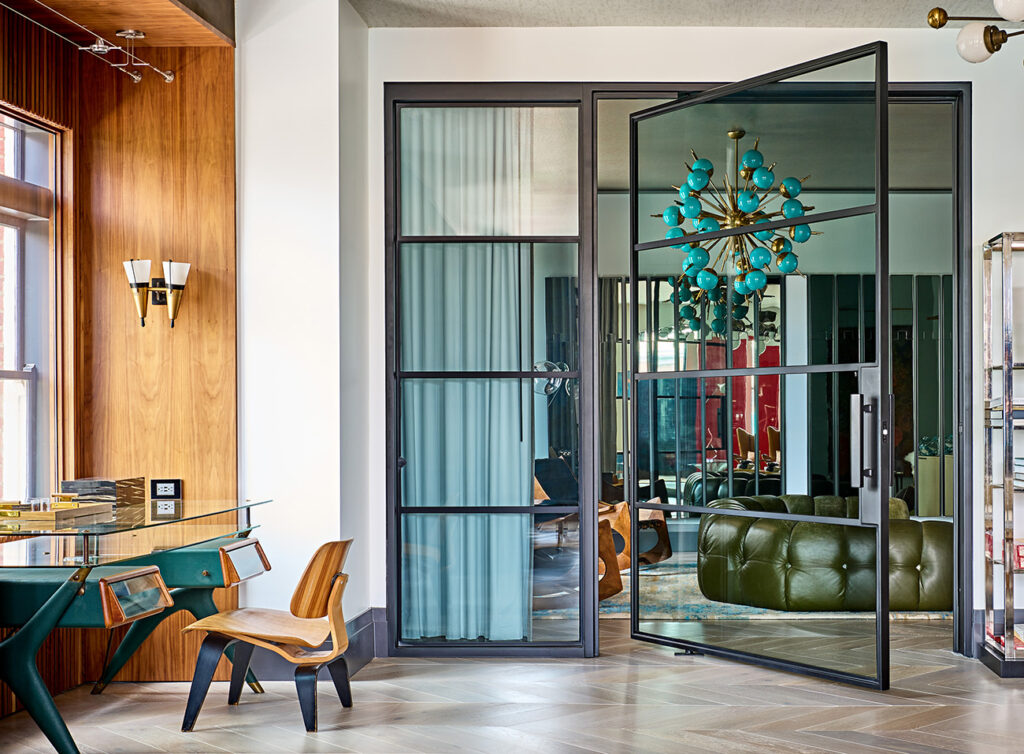 Before and after: Colorless condo transformed into Fourth Ward’s chicest retreat