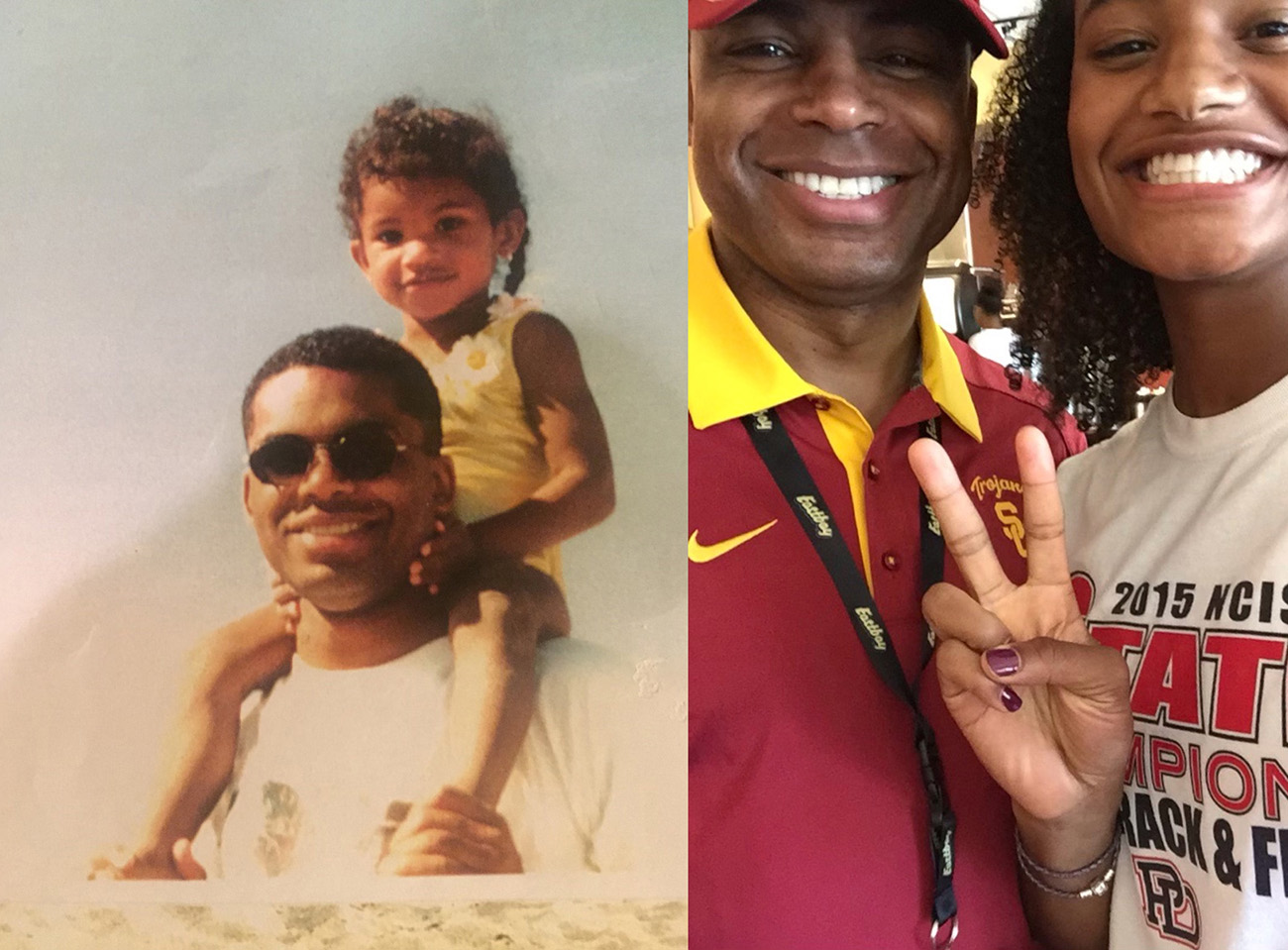 Bask in the Proud Dad Moments in Kieth Cockrell’s life these days.

First, this spring, he had the honor of telling his family that he’d received a huge promotion to become the Charlotte market president for Bank of America, essentially making him the top banker focused on our city.

His kids would be forgiven if they said, “That’s nice, Dad.”

Why it matters: You’d think that Kieth Cockrell would want to brag about all those accomplishments from his kids. And he does. But over the course of two recent conversations with me, as he prepared for Anna’s arrival in Tokyo (she competes in the hurdle competition starting late Friday night), and as Ross headed off to training camp, and as Ciera rolled off to law school on her way to save the world, and as he rolled out community initiatives with BofA, Kieth kept it all in perspective like this:

They are the ideal story for an Olympic television package — they’re one of the most successful families in the land.

But the story of how the Cockrells came to be this good at nearly everything goes back a long ways, back to even before Kieth met his wife, Serena, and before he became a banker.

It goes back to the time when he was a child himself, staring at his birth certificate for the first time, wondering whether the “i” in his first name really went before the “e.” 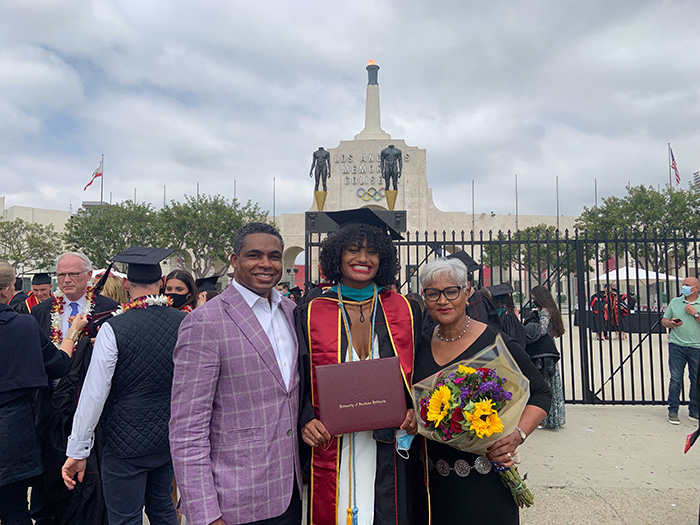 Several decades ago, a woman with four children became a widow after her husband died in a coal mining accident.

She moved to New York with her kids, seeking opportunity. There she met another man, was smitten, and they had a romance that led to her being pregnant with another child.

So when a baby boy named Kieth was born, they put him up for adoption. But then her father — the baby’s grandfather — found out. He told her to bring Kieth to him instead.

Young Kieth moved in with his grandparents, and they would raise him from there. They moved him to New York to be close to her, but she never took on the role. Kieth never lived with her and his older siblings. She would see him at family gatherings and ignore him. It was a lot for a boy to understand.

Kieth’s biological father, Otha, lived in the same New York neighborhood, and he actually kept a decent relationship with his son. Otha had facial features similar to his son’s, and whenever someone would see Kieth on the street they’d say, “You must be Otha’s boy.”

Otha was a decent dad on the rare days when he was sober. Kieth often lied to teachers and friends about that, telling them Otha was out of town when he was just drunk.

Otha, a military veteran, died when Kieth was in the third grade. Kieth later had a sixth-grade teacher, Ms. Cooke, who took to mentoring him. She told his grandparents he was probably eligible for benefits tied to his father’s service.

They went to the social security office, Kieth and his grandparents, and sure enough his card was on file. His name, though, was filed as Keith. He’d been spelling it as Kieth his whole life. He remembers that, but what’s most important about that day was not the order of the vowels but the truth he learned:

“I was done,” Kieth tells me now. “I went from not respecting my mother to really hating her. I didn’t get it. I didn’t understand how anybody could be that cruel.”

His grandparents kept on loving him, though. His grandmother was his hero. She didn’t have so much as a middle school education, but she showed him everything, especially the value of hard work. She was a housekeeper and cleaned at the local hospital, worked every day, even her last years when she had leukemia.

Kieth was hellbent on making his grandparents proud. He found his way to Columbia University, where he played football. He was there at the same time as a young Barack Obama. More interesting to Kieth, though, was another classmate — a young woman from Louisiana named Serena.

They fell in love and started planning their lives. When they applied for a marriage certificate, Kieth realized he hadn’t officially changed his name to the spelling he’d been using all these years. So he had to make another trip to a social security office, to put the “i” before the “e.”

When Kieth and Serena set out to have children, he knew he wanted to model his approach after his grandparents’.

Eventually, he would pass on his grandmother’s name — Anna — to one of his own. 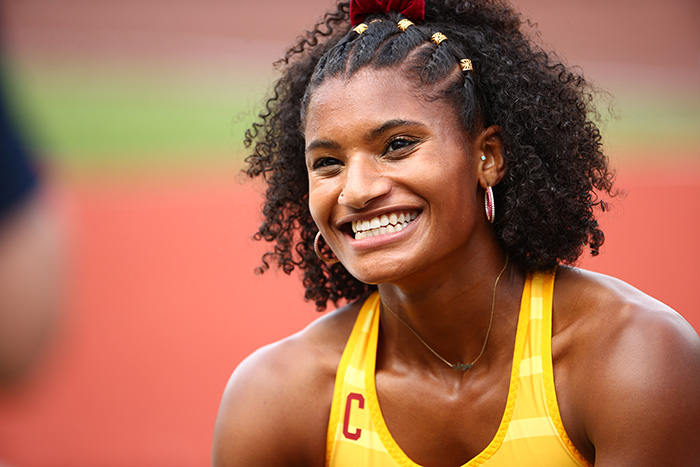 Anna was all smiles after winning the 400-meter hurdles at the June NCAAs. Photo: Jamie Schwaberow/NCAA Photos via Getty Images

Serena had an uneventful pregnancy with Ross, for the most part. But when they tried to have a second child, Serena had a miscarriage. Then another.

Telling me this part of the story, Kieth chokes up and pauses.

Then came another pregnancy, and this time Serena wasn’t on the hormone treatments. They worried about another miscarriage, but things went fine, and Anna was born, competitive from Day 1.

“Anna’s been special from the very beginning,” Kieth says.

Kieth’s job took the family between San Francisco and Michigan and Charlotte. (Ross was actually born in Michigan, while Anna and Ciera were born in California.)

Kieth held a number of jobs, from running the bank’s ATM and debit card business to becoming vice chair of the diversity and inclusion council. But as he piled up professional success, he never lost sight of his mission to be the parent he didn’t have.

Once, Ross came home with a B in a class. Kieth and Serena asked him if he was proud of it. If he was, they told him, then they were proud of it, too. But if he felt like he could’ve done better, well, they wanted him to do better.

Ross did better. He wound up at Duke. He’d play football there and became the team’s captain, while majoring in political science and plotting out a post-athletic career in public service.

His sisters, several years younger, would move that direction, too.

Anna competed with Ciera even when Ciera didn’t know she was doing so. Ciera would come home with not just A’s but also perfect scores for behavior. Anna would bring home the same letter grade, but sometimes had a behavior mark-down for being too talkative.

“And that would spark an argument,” Kieth says, because Anna wanted to be perfect, too.

The girls’ first sport was gymnastics, but eventually Ciera hit a growth spurt that changed her center of gravity. So she gave up gymnastics for volleyball (she would play at Davidson College). Anna turned to track.

She was ranked No. 2 in the country in the 400-meter for her age group, and she told the Observer at the time, “It’s annoying because I’m not No. 1.”

She graduated in 2016 and went to the University of Southern California.

All the Cockrell kids either majored or minored in political science in college. (“Serena and I are still scratching our heads,” Kieth says. “We’re both engineers by trade.”)

Anna finished second nationally in the 400-meter hurdles in 2017 and 2018. She was even better in the classroom — she graduated in three years with a 3.98 GPA. She interned with California senator Dianne Feinstein, and with the state superintendent of schools.

But like many perfectionists and high-achievers, she battled something most others couldn’t see: depression. The low point, she’d say later, was a hamstring injury that kept her from competing in spring 2019.

She even struggled with being sad about the fact that she was sad, given all the support she had: “I got everything I wanted and needed when I was growing up. My parents are together they’ve got a good marriage. I have a good relationship with my siblings. There was nothing I really wanted for,” she’d say in an interview later. “Who am I to feel sad? Who am I to feel like I can’t get out of bed? Because there are people with real problems.”

Her dad gave her a book then: “Brave, Not Perfect: Fear less, fail more, and live bolder.” 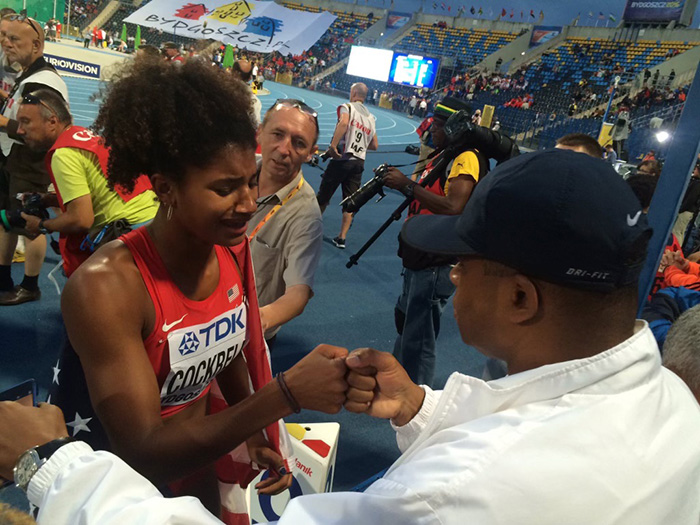 The family rallied around her. They called themselves “Team Anna,” a name they’re carrying on into the Tokyo Olympics.

Anna eventually came up with a toolbox for dealing with depression. She found a favorite place to sit and read on campus, surrounded by flowers, stuff like that. All part of the healing.

This past year, Anna was a graduate student and in her final year of track. At the NCAA meet in June, she won the national championship in the 100-meter hurdles and the 400-meter hurdles.

Before sunset that night, sports agents were calling, wanting her to sign on with them and start a professional track career.

Being a professional track athlete is far different from most other sports. Most of the money comes from sponsorships, and for the most part the athlete is alone, without a team. She would have to become her own business.

The NCAAs were on a Saturday in Oregon. Kieth and Serena took a red-eye plane back to Charlotte that night. On Monday, Anna called and said she was overwhelmed with the process of finding an agent and sponsorships, while also preparing for the U.S. Trials to qualify for the Olympics. She told her dad she needed his help.

There wasn’t a blink of hesitation in Kieth Cockrell’s mind.

He finished up work and hopped back on a plane and flew across the country for the second time in two days, a powerful bank president on his way to take care of his most important job.

This story was corrected to show that Kieth had four older siblings, that he was in the third grade when his father died, and that Ms. Cooke’s name has an e. 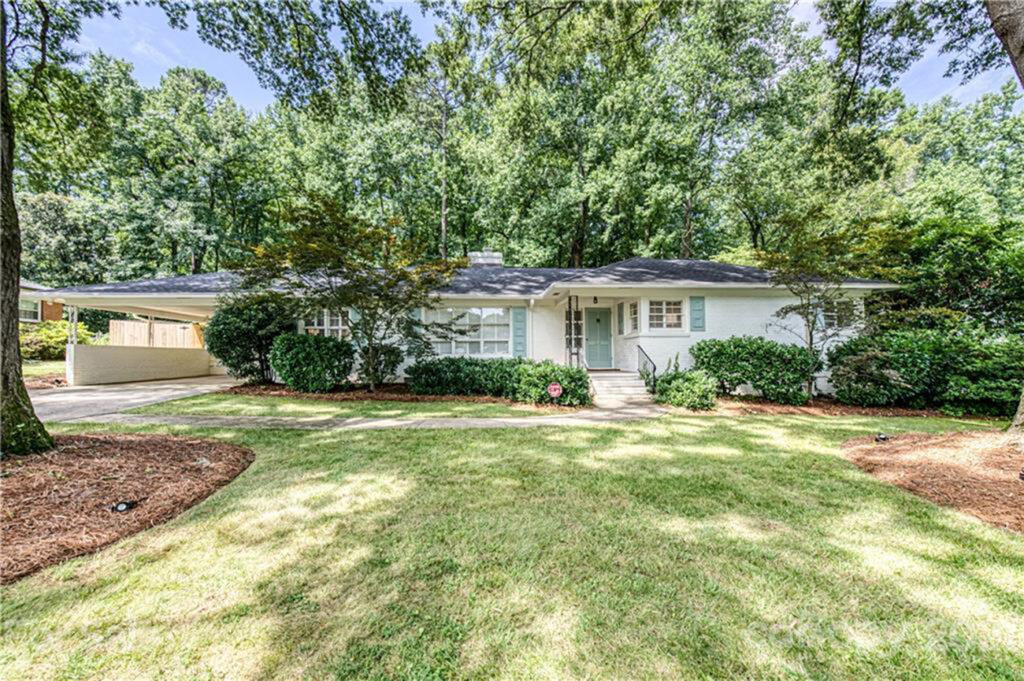 Hot homes: 5 houses for sale in Charlotte starting at $250K