Uptown tattoo parlor doubles as a restaurant and nightclub 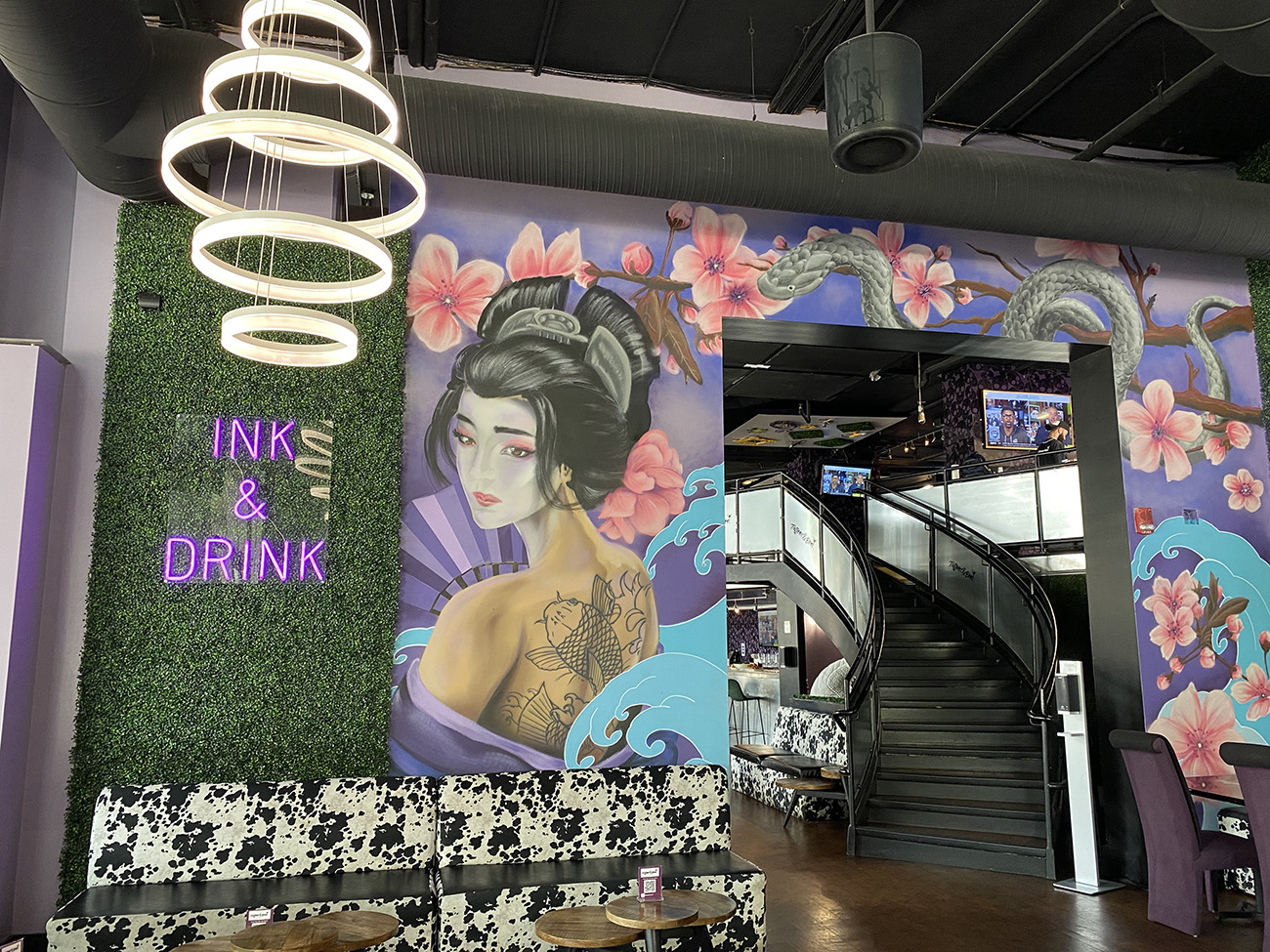 Tattooz and Booz mural by Cheeks Paint and Mural Service.

Tattooz and Booz offers full meals, cocktails, cupcakes, hookah and tattoos all under the same roof.

Why it matters: The concept is newsworthy in itself, but especially now as Uptown works to recover following months of empty streets and businesses due to COVID-19.

The family-run business is owned and operated by Kristen and Tone Williams, and their son Matt. They opened in December 2020 after the 8,300-square-foot space on East 6th St. became available. A few other clubs and restaurants were previously housed there—most recently Sage Restaurant and Lounge.

Most new businesses have to jump through hoops with getting the right permits and inspections before opening. Tattooz and Booz had double the headache as they had to get approval to serve food, liquor and perform tattoo and piercing services. “It’s almost like having three businesses in one,” Kristen says. 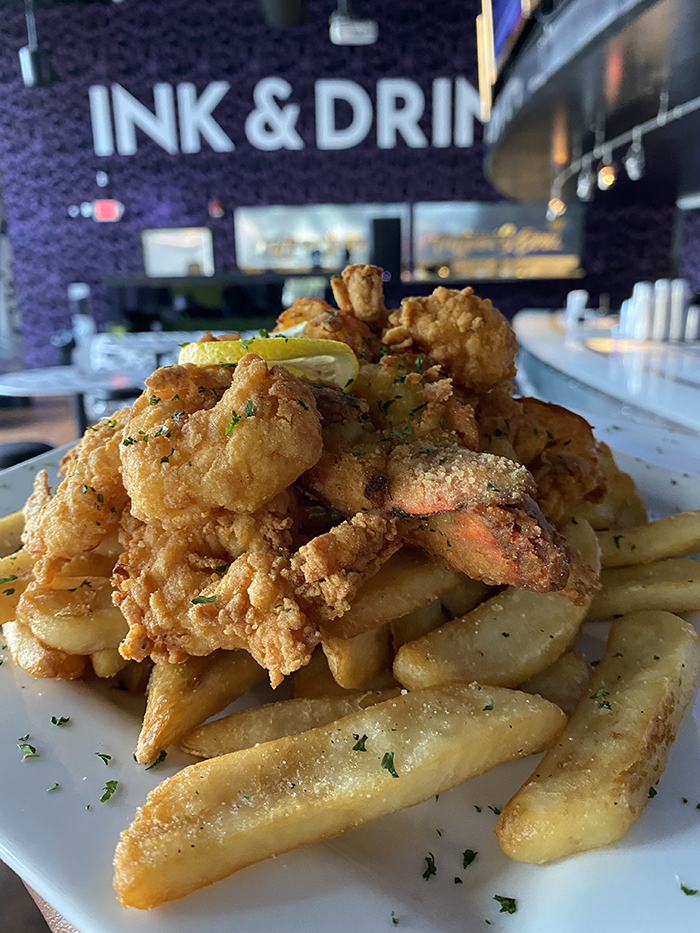 Lobster tails and shrimp over fries

Tattooz and Booz operates as a restaurant and transitions to a club at night, but its tattoo artists are always available while the business is open. Its decor reminds me of an upscale tattoo parlor, with skull wallpaper throughout plus an elaborate geisha-inspired mural by Cheeks Paint and Mural Service.

Menu: The menu starts with bar bites, which are classic bar snacks with a bit of a twist. Their egg rolls are one of the most popular bar bites, and come in a few flavors including: chicken bacon ranch, Philly cheesesteak, and mac and cheese. 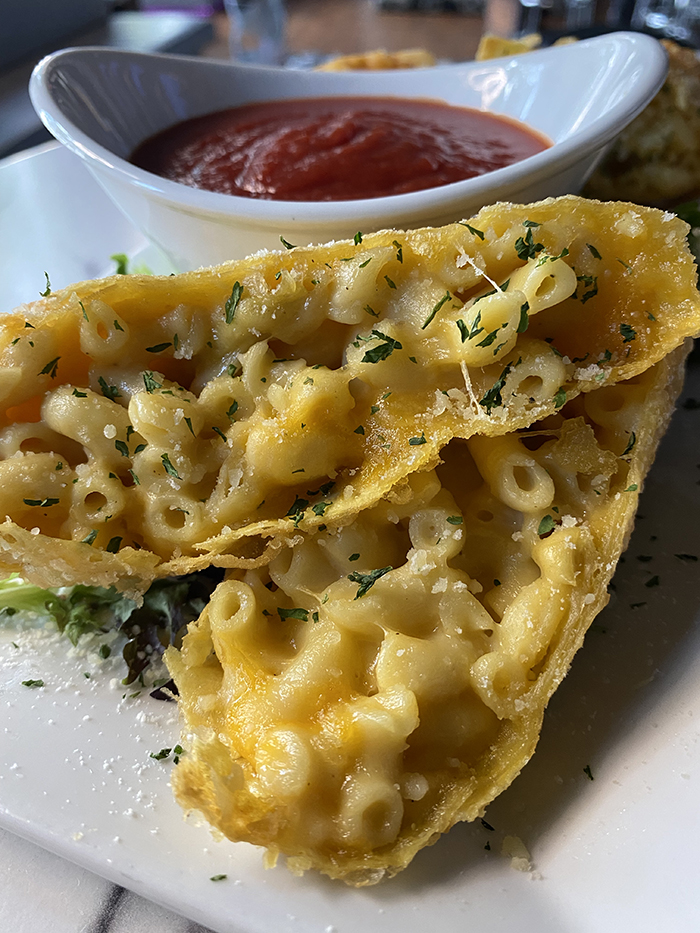 The place also offers boozy cupcakes. Bliss Philosophy makes the sweet treats and gives them fun names like The Chocolate Craving and Sassy Strawberry. The cupcakes are paired with shooters that come served in mini pipettes.

Cocktails: The specialty drinks are tattoo-inspired with names like Geisha Girl and Ol’Barbed Wire. The bar also serves local and draft beers, wine and specialty mimosas at brunch.

Hookah: Outsourced through HookahLife Charlotte, and served whenever the restaurant is open. 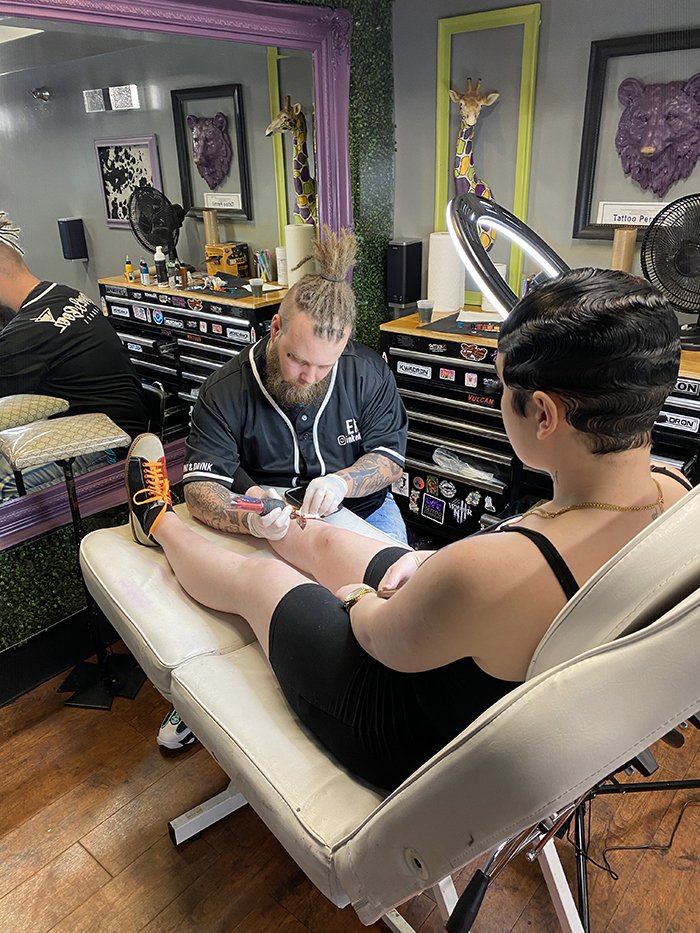 Tattoos: The tattoo parlor supports walk-ins and appointments. It’s located on the business’s second floor. Kristen tells me they intentionally put the parlor in a separate area for the benefit of any squeamish customers who don’t like seeing needles.

Club: In the evenings Tattooz and Booz transitions into a club for customers 21 and up. They often host themed nights like Trap Music Tuesdays and TGIF Fridays that also include drink specials and activities like bingo.

Location/hours: 505 E 6th St., Unit 100. Tattooz and Booz is open from noon to midnight on Wednesday and Thursday, and open from noon to 2 a.m. on Friday, Saturday and Sunday. They’re closed on Monday and Tuesday. 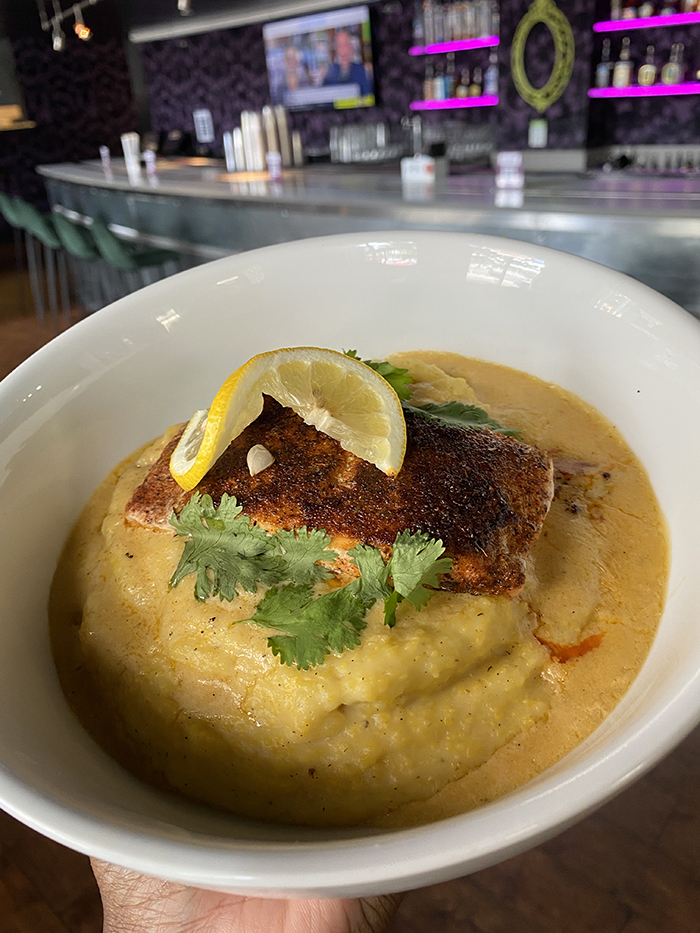 Salmon and grits from the brunch menu 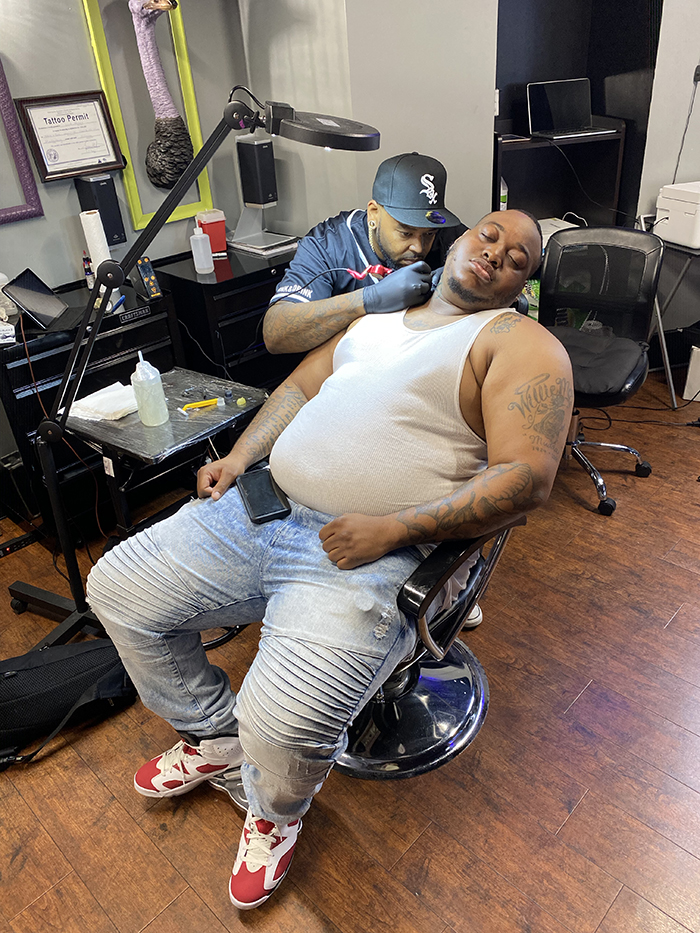 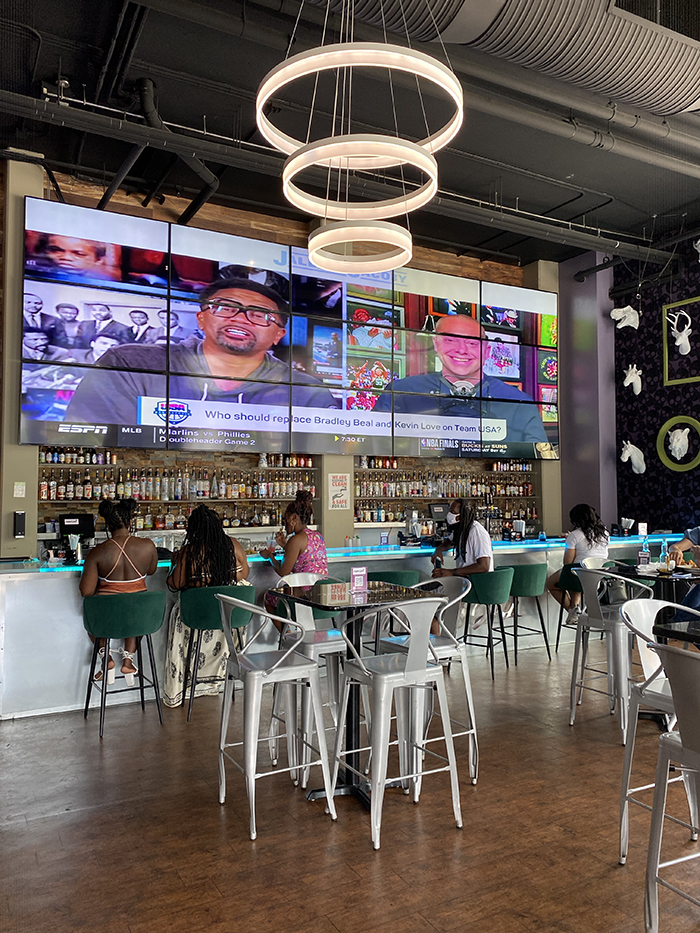 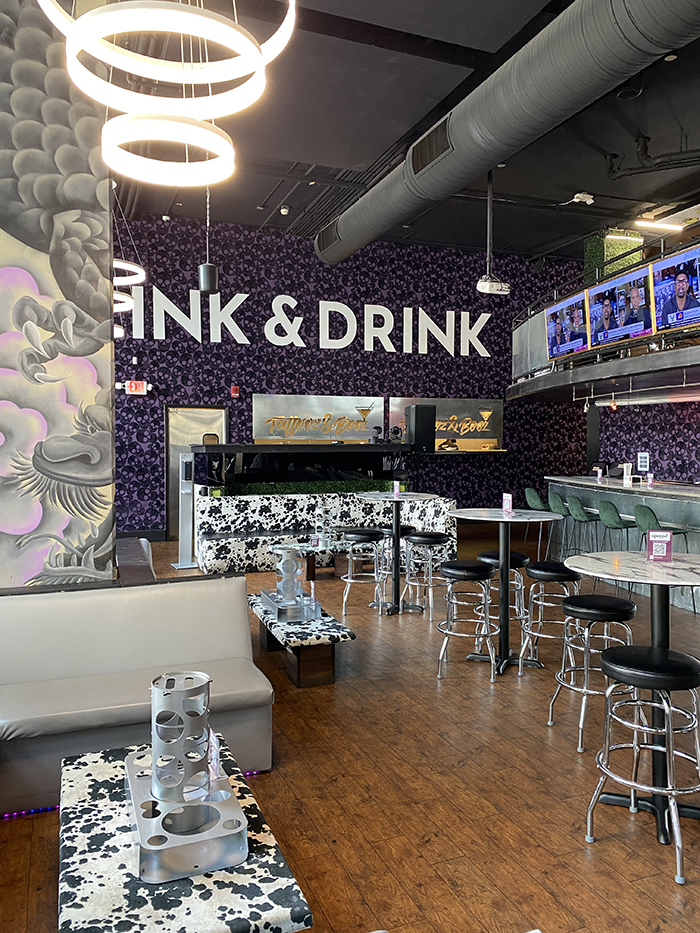 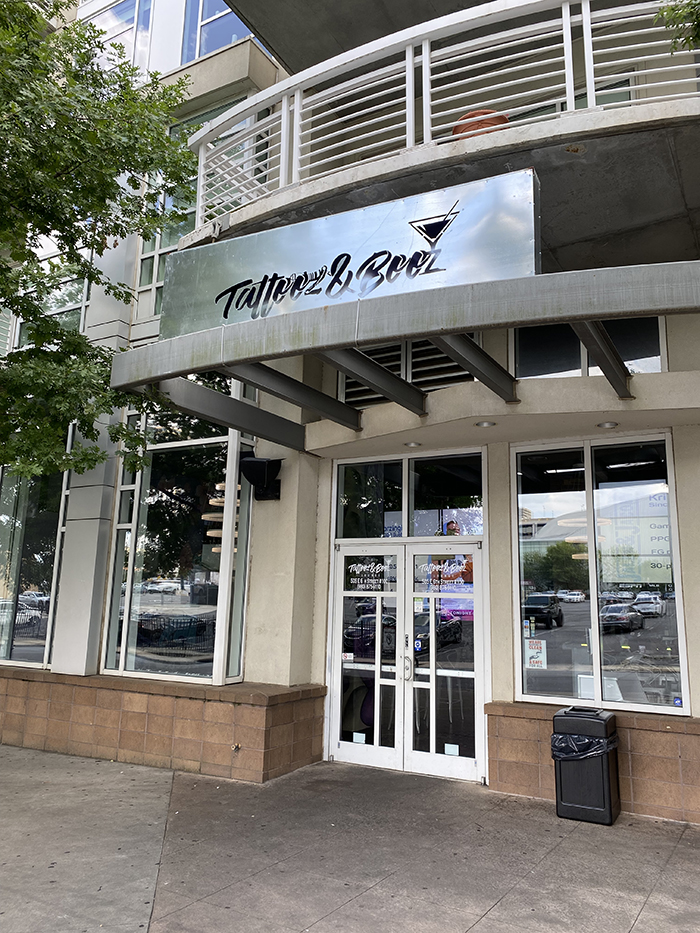 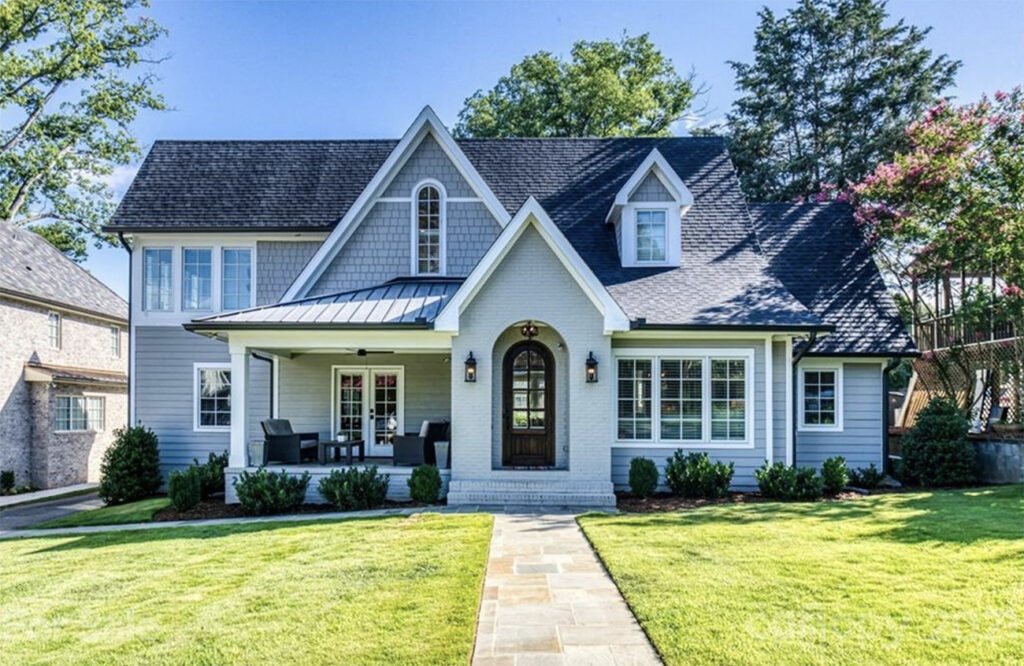 Hot homes: 5 houses for sale in Charlotte, starting at $315K

by Symphony Webber and Emma Way
Most Recent Open Jobs