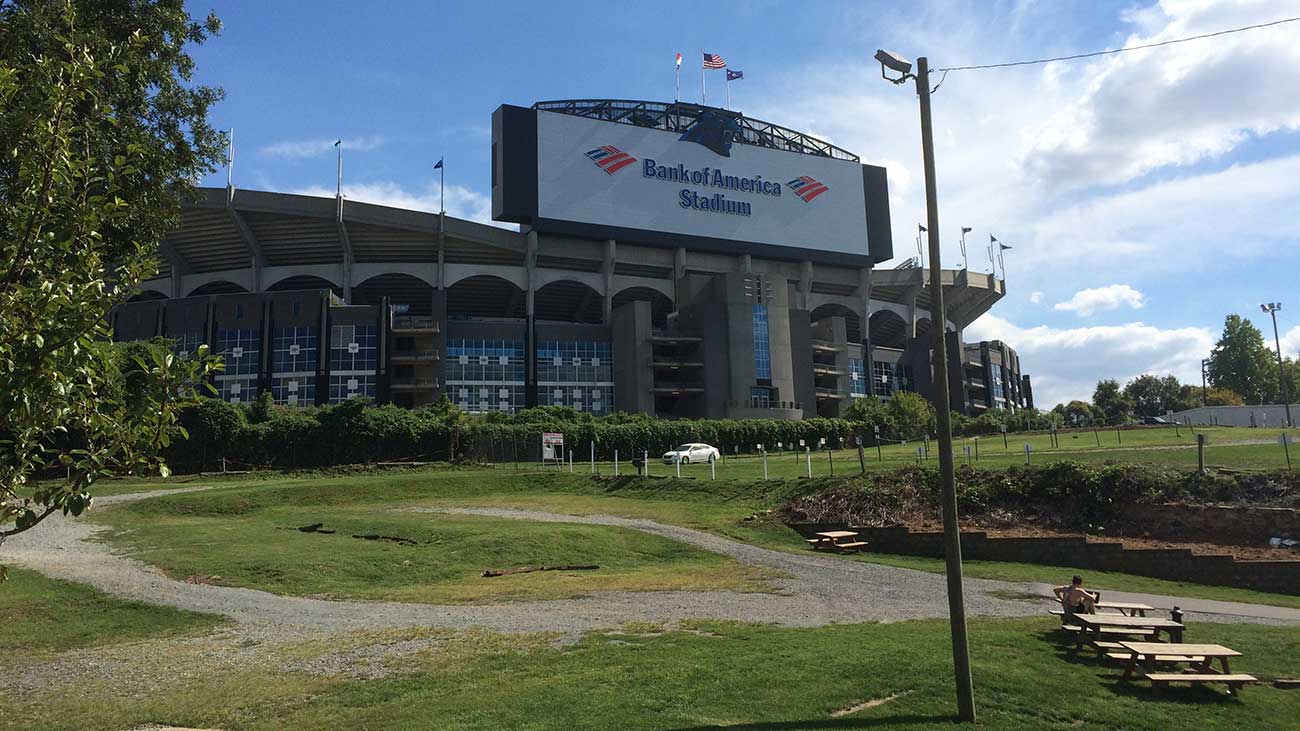 Yesterday, I had the opportunity to sit down with the Panthers’ Jared Allen* as part of his work with Prilosec OTC to fight hunger. This year they are teaming up with Taste of the NFL to donate 1 million meals to families in need. 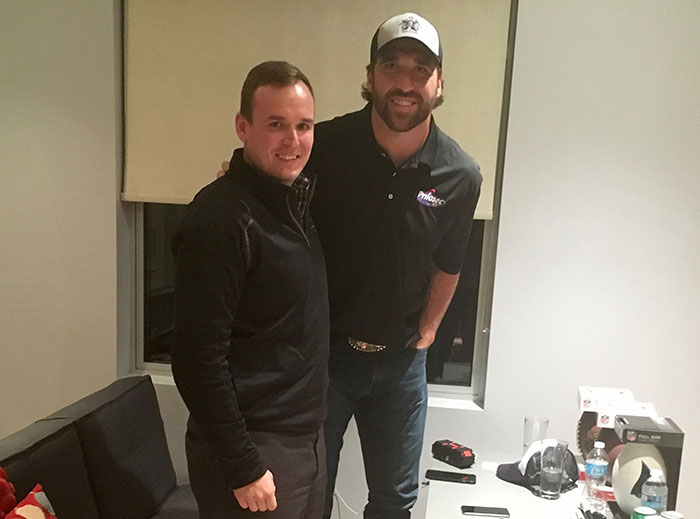 Allen and I spoke at a homegating** party he hosted for troops from Fort Bragg, and we were able to talk about the Panthers, Charlotte, food, and his cameo in “Jackass 3.”

You have been a big supporter of servicemen and servicewomen during your career as an NFL player. Can you talk about why supporting our troops is so important to you***?

My whole family is in the military, and if I hadn’t gotten into football I would be in the military. I just always knew that those were our true heroes. The men and women who serve allow me to do what I do, and for me it was a no brainer to give back and to serve those who serve us.

Speaking of homegating, what are three food tips you have for someone hosting a watch party for the next Panthers away game?

First of all, you have to start with amazing appetizers. Then you gotta have drinks that match the time of year and have plenty of water and soft drinks. Then, for me, you have to have something with a little smoke flavor. I remember my time in Kansas City pulling into the stadium and rolling your windows down and there are 100,000 people smoking food. 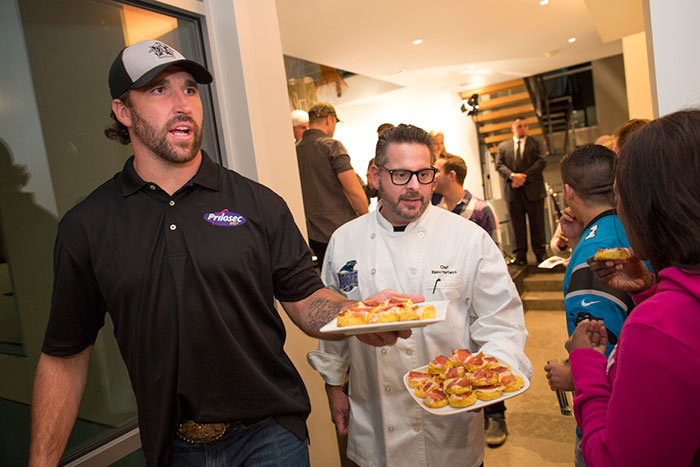 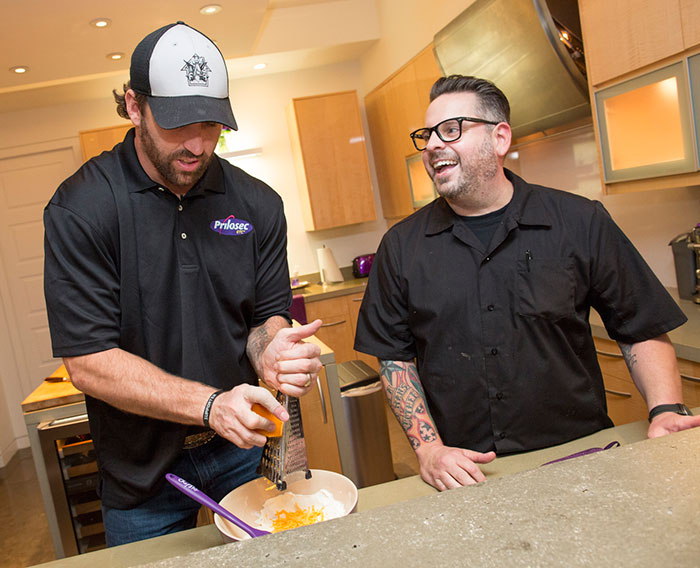 You have been in the league for a while. What was your perception of Panthers fans and has it changed?

I have played here a couple of times and have always enjoyed playing here. I think the fans have been great, honestly. I have zero complaints. Everyone has been nice, polite and respectful. They show up and know when to scream and when not to. 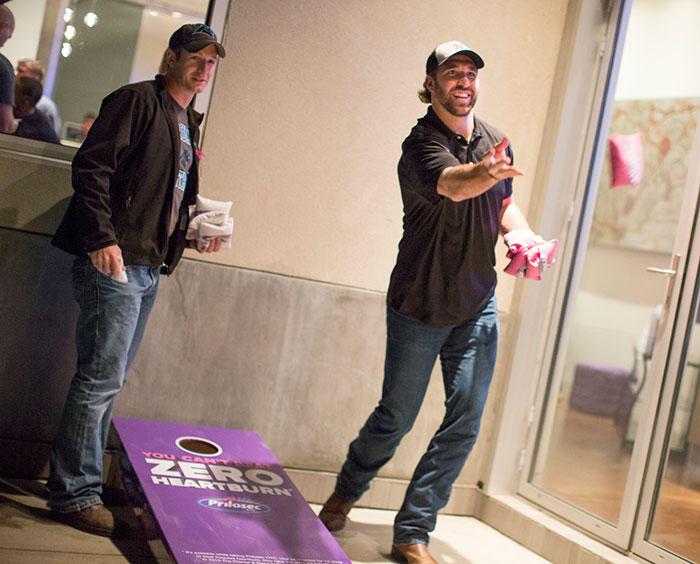 You joined the Panthers in the middle of the season. What was the transition like? How would you describe the team culture?

Guys were extremely welcoming. For me, I didn’t come in expecting anything. I believe I have to earn everything everyday. From practices to meetings, it was talking with the young guys and just getting to know everyone in the room, and we really have great coaches. There is just a certain level of expectation and professionalism. Honestly, it has been the easiest transition I could have ever imagined. 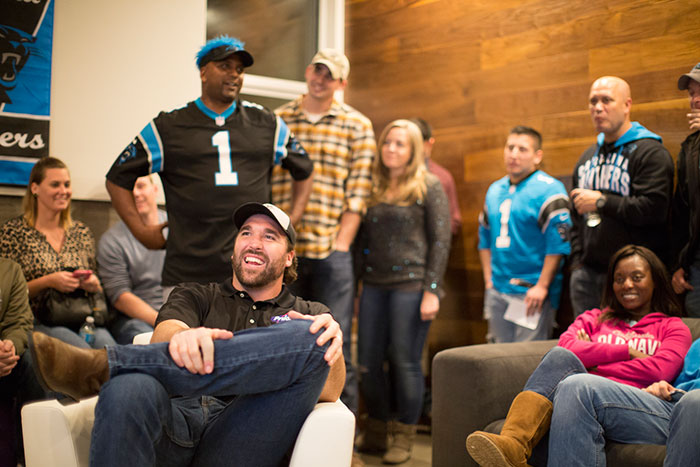 Cam just got into some heat for his dance moves this weekend. Have you been able to teach him your sack dance?

He actually did it right when I walked in!

I’m now trying to get him to teach me some of his dance moves. I have young kids and I have to step my dance moves up.

I did some deep research to prepare for this interview. How bad did you hurt Johnny Knoxville while filming “Jackass 3”?

I actually became decent friends with him over the years, and he said I separated his sternum or something like that. That dude is a tough S.O.B.

*Allen plays is a five time Pro Bowler and led the NFL in sacks in 2007 and 2011. He joined the Panthers this year after playing a combined 12 years for the Chiefs, Vikings, and Bears.

**Tailgating at your home

***Allen has been an active participant in USO tours and has his own foundation for wounded warriors. For more information visit http://www.homesforwoundedwarriors.com/.