Elevator Jay is a fishing, DJing, horse-riding rapper who prides himself on staying true to his Charlotte roots, which run deep through “The Ford” and wrap farther south into Union County.

Why it matters: Jay, who started rapping at age 12, says Charlotte’s rapid growth has made natives like himself seem like unicorns in most spaces, but he’s committed to preserving the culture of the version of the city he grew up in.

The 32-year-old takes refuge in his neighborhood, the Beatties Ford Road corridor, where transplants are still in the minority and where gentrification hasn’t yet taken a strong hold. These are the places that inspire his songs and music videos.

“I always put the city first,” he tells me in his deep southern accent over drinks during our Monday evening interview. But the city he portrays where Black folks ride horses down city blocks and business owners know all of their customers by name, will feel foreign to many, maybe even most, Charlotteans. 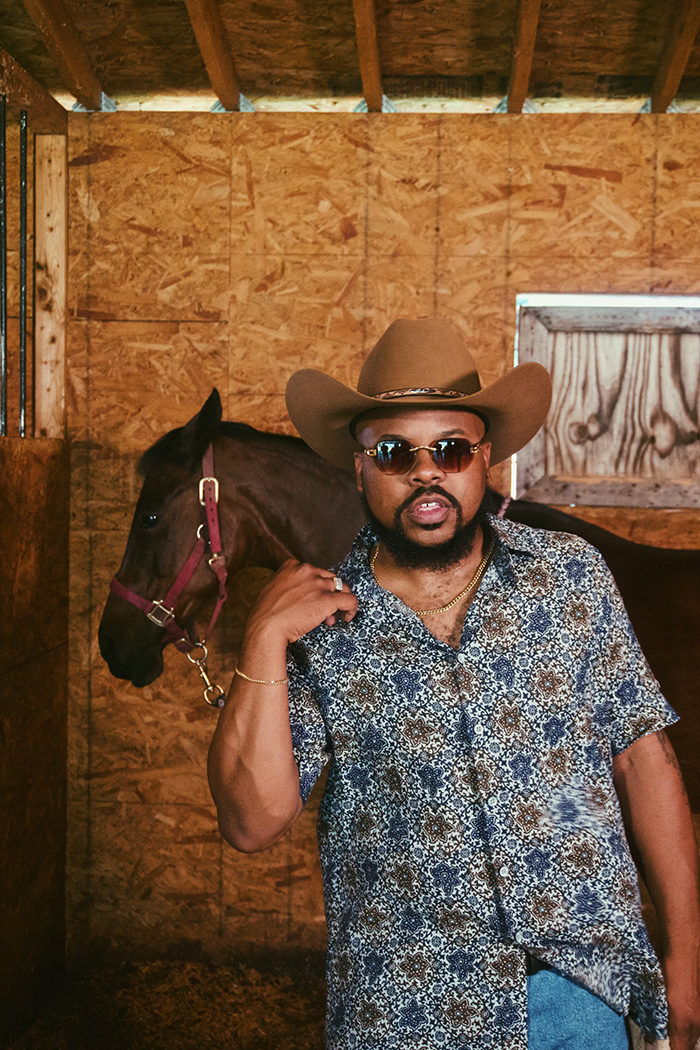 The Beatties Ford corridor is an area city officials are trying to improve. There are plans in the works to provide additional resources and infrastructure in an effort to increase upward mobility in the area and decrease crime.

But you wouldn’t get any sense of struggle listening to Jay talk about the area.”My neighborhood is great. I wouldn’t trade it for nothing else,” the West Charlotte grad tells me. “I wouldn’t be from nowhere else in this city.” A picture of Elevator Jay by Kevin “Surf” Mitchell, portrayed in a mural at Camp North End by Bree Stallings. Photo: Emma Way/Axios

“What Up Babe,” Jay’s newest song and music video, is a prime example of his country yet city disposition and incorporation of Charlotte, as he’s experienced it, into his music.

Jay says fans can expect more music from him in the future, but right now he’s focused on promoting “What Up Babe,” and hoping it will catch on not just on a city-level but across the country.

His discography includes a couple albums, EPs, plus a variety of singles. He also a couple of songs with Lute, a fellow Charlotte rapper that’s signed with J. Cole’s Dreamville Records.

Before the pandemic Charlotte’s hip-hop artists struggled to find places to perform. Now, as more music venues have had to close permanently due to COVID-19, that problem has gotten worse.

Southern rap: While he’s working toward nationwide exposure, Jay is steadfast in his commitment to representing the south. Even though rap is no longer exclusively associated with New York City or California, there’s still some pressure for southern rappers to give off big city vibes, but Jay isn’t with it.

And though he loves his city, he agrees with critiques that Charlotte is too quick to build new stuff without preserving or appreciating the old. Jay says he wishes that could change, but he’s working to save “old Charlotte,” in his own way.

“If  I can’t get nobody else to preserve some sh-t, I know I can preserve. I know I got control over what I say on the music or what kind of party I throw, where I throw the party…I’m doing my part.”