Development plans have now been approved for Crescent NoDa, a massive mixed-use development in near where the light rail extension project meets 36th Street. The entire project will be surrounded by 36th Street, the Yards at NoDa (another new apartment complex), the light rail and an existing freight rail line.

While this project may not be as transformative as their two uptown projects (Tryon Place and Crescent Stonewall Station), it still marks a very important and major redevelopment along the light rail extension.

While I am not completely sold on the design — it is a tad generic and a missed opportunity to create something truly funky that blends in with NoDa — I do feel it is continuing a trend of positive design and a move away from Charlotte Beige.

Here are the highlights of the project: 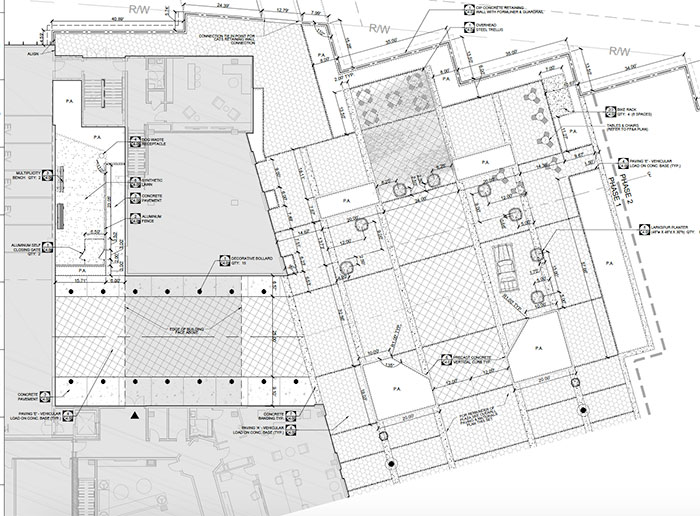 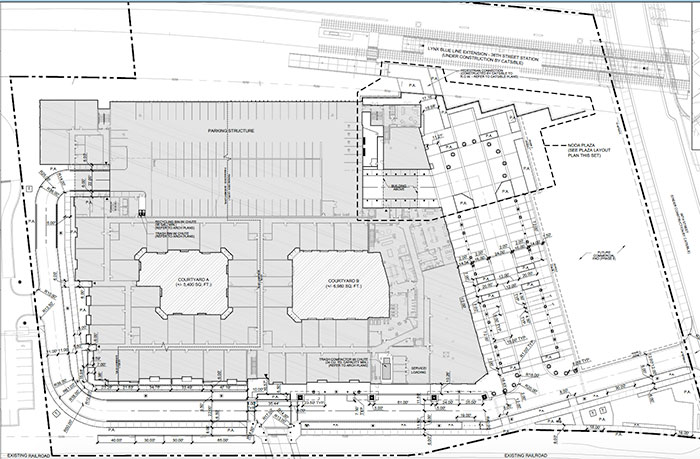 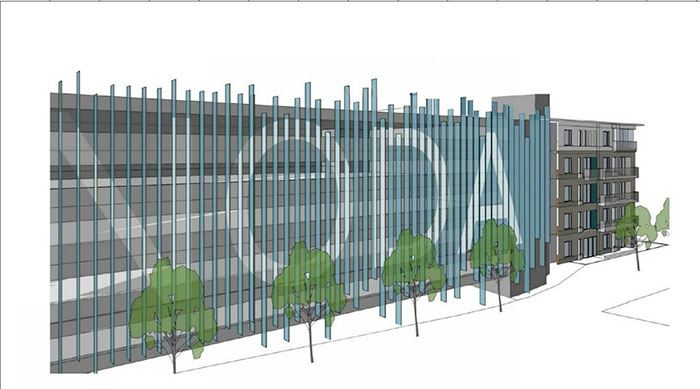 People are sure to be (and already are) upset at the loss of the Chop Shop, and I don’t lament that as much as others, but this project definitely has its positives. NoDa needs a grocery store really badly and if nothing else, this project is a win for that.

What’s also disappointing is that there were plans for a hotel with this project, but given the parking deck only has 480 spaces (for 345 apartments plus a grocery store) it seems a hotel is no longer a part of this project.

I will caveat by saying that it is possible that the Phase 2 future retail development with the grocery store may have it’s own parking with the hotel above the grocery store. Surface lots could also give this enough parking to support all the uses.

I am also disappointed that the parking deck is completely blank on the ground level. With the success of Futo Buta in South End, I think it has been proven that retail works on the Rail Trail. I wish there was attention paid to the BLE rail trail along the garage side.

The materials being used along the complex are more of the same: siding, brick and corrugated metal, however it appears that colors will actually be used, which again — hooray for no Charlotte Beige. I hope the architects and Crescent stick to this since there is no really funky design with the structure, color will be necessary to stand out.

Overall it may seem that I am down on this project, and while it has it’s issues and is not nearly as excellent and perfect as Crescent’s uptown projects, it is still a big contribution to the area and a further testament to the development potential of the light rail system here in Charlotte.

If Crescent includes a grocery and a hotel (please have underground parking) and more retail in their Phase 2 of this project then its merits will have skyrocketed and the pros will vastly outweigh the cons.

Plans are approved and the goal is to have this open right in time for the light rail extension opening in late 2017.