7 best things we ate in Charlotte this month, including fried ravioli and pho Our team of writers and editors covers a lot of excellent food spots around the Queen City, but these seven were our very favorite.

We operate with a “phone-eats-first” mentality, so everywhere we eat out, we’re snapping photos. This month’s roundup includes a wide variety of cuisines ranging from Italian to Vietnamese.

Here are 7 of our favorite dishes from the past month (listed in no particular order).

Thai food is my comfort food, so to say I crave it often would be an understatement. I’ve been on a quest to find the best Thai food in Charlotte, and Aroy Thai, a hidden gem in east Charlotte, is one of my favorites. For a weekend lunch, I had the beef pad see ew with a Thai iced tea. The pad thai is also excellent. — Danielle Chemtob, reporter If you’ve heard the saying “TikTok made me do it,” this is a case in point. While scrolling, I came across a video from @wyneesworld where she showed her dinner outing to Zio’s. She and her fiancé ordered several delicious-looking dishes, but the one that sold me was the fried ravioli, which is flash-fried, made with four types of cheese and served with a side of marinara. It was so tasty. *chef’s kiss* — Symphony Webber, reporter/photographer (3) Shrimp & grits from Letty’s on Shamrock

Takeout from Letty’s was my comfort go-to during the pandemic, but I ventured out to their brunch for the first time this month. And I’ve already been back another time since. This shrimp & grits bowl is my favorite brunch dish so far. Letty’s gets cheesy grits so right. And their mimosa pours are hefty. — Emma Way, editor Last month, we asked readers about their favorite underrated restaurants around South Blvd. One suggestion was Vietnam Grille, so I decided to try it. Their menu is so large that it can be a little bit intimidating at first, but based on the restaurant reviews, you really can’t go wrong no matter what you order. I tried the salt and pepper shrimp (it’s a little spicy, so be careful if your tolerance is low) and also ordered a crunchy spring roll on the side. Both were full of flavor. — Paige Hopkins, reporter It’s filled with scallops, shrimp, crab and calamari, and garnished with sprouts, basil and jalapeño. Pho @ NoDa is a neighborhood gem, even on hot summer nights. I took my pho to-go and ate on my patio at home and it was delicious. — Katie Peralta Soloff, reporter (6) Bratwurst with grilled peppers and onions from The Good Wurst Co.

The Good Wurst is less than a year old but it captures some of that magic of all the old places we’re losing (rest well, Price’s and Zack’s). Picnic tables, speedy service, and you can fill a family up without spending a week’s pay: It’s just simple and good. Friends rave about their Reubens and smoked turkey sandwiches, but I went with “The Fastball — sausage, peppers and onions, some tater tots, and two local drinks. — Michael Graff, reporter

I checked out Three Amigos’ new south Charlotte location off of Colony for a work assignment. But I stayed for the margs and arroz con pollo. Highly recommend getting a side of queso to pour over your ACP. — Bri Crane, reporter 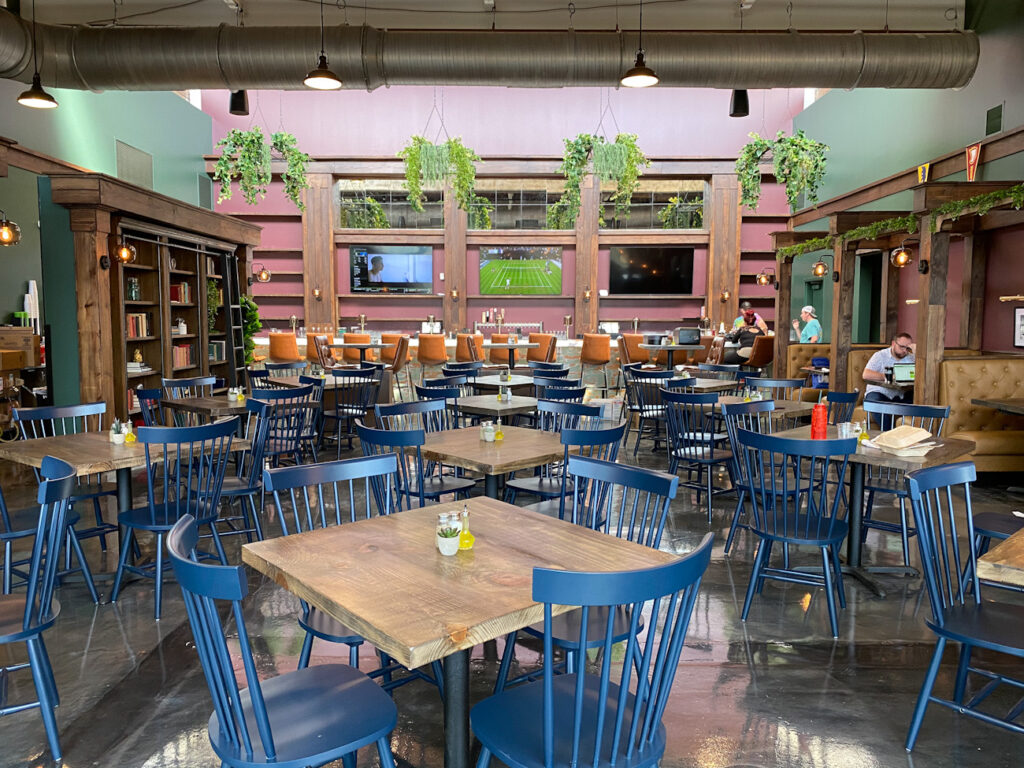 by Emma Way and Symphony Webber
Most Recent Open Jobs