In the heart of changing South End, a strip club lives on 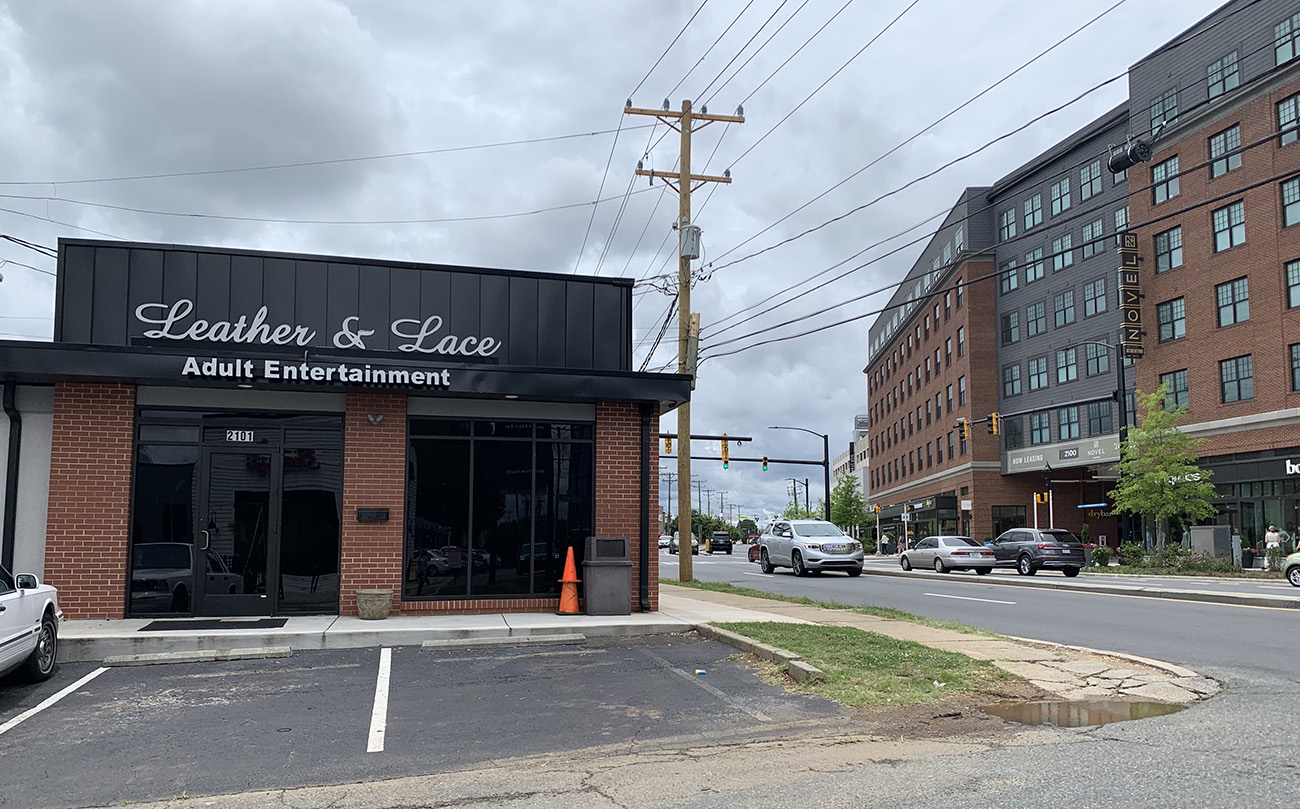 There’s a stretch in South End where $30 buys you a surprising range of goods. A bootcamp workout, a short haircut, a small decorative pillow or a lap dance and a cocktail.

Yes, one of those purchases is unlike the others.

Amid the breakneck change in the formerly industrial neighborhood — where hip retailers, luxury apartments and new office towers have driven up property values, and longstanding local icons like Mr. K’s, Phat Burrito and Price’s Chicken Coop have closed — one locally owned establishment lives on:

Behind the business is MAL Entertainment, which the Observer described in 2014 as “one of the largest strip club enterprises in the Southeast.” Industry mogul David “Slim” Baucom started MAL in 1987 with Leather & Lace on South. In the years since then, the chain has expanded to 12 clubs, including Leather & Lace locations in Gastonia and University City.

Why it matters: Leather & Lace is one of the oldest surviving local businesses in South End. As the neighborhood has changed, so too has the club, which Baucom says has helped it endure.

For years, Baucom had been planning to give Leather & Lace a makeover; the pandemic just provided a convenient time for it because of the mandated closure. Previously, the place looked outdated, he says, and it had no curb appeal.

“We realized we stuck out like a sore thumb next to all this new development,” Baucom says.

The overhaul included interior finishes, like new flooring and a fresh paint job, plus exterior upgrades like new signage and windows.

Baucom estimates the project cost a few hundred thousand dollars — a sizable chunk for a business that in a normal year brings in about $750,000. During the pandemic, though, revenue completely dried up. 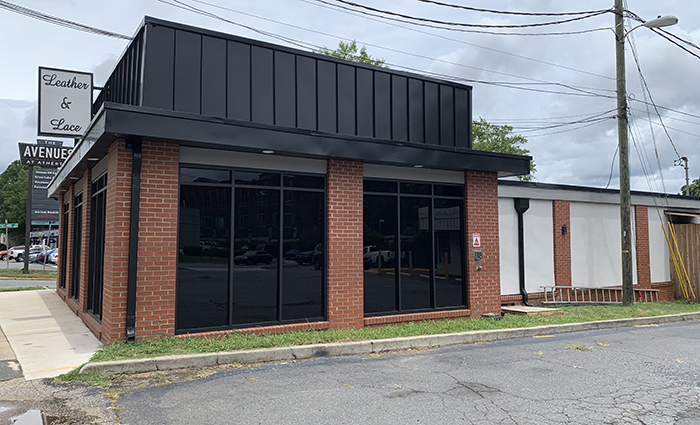 Last spring, MAL Entertainment was part of a group that sued the state because of the shutdown orders. A federal judge ruled against them, saying they lacked the same “urgency” as restaurants to reopen, as the Raleigh News & Observer reported. So the Leather & Lace on South remained closed for 14 months, from March 2020 to May 2021.

Despite legal troubles, over time, Leather & Lace appears to have benefited from South End’s evolution. Today, foot traffic brings in roughly 30% of Leather & Lace’s overall traffic, Baucom says. And these days, women and couples make up a growing portion of the club’s customer base, he adds.

“People’s mindsets have changed,” Baucom says. “It’s just another form of entertainment in Charlotte. It’s not seen as another seedy strip club, which might have been the case 30 years ago.”

Zoom out: Leather & Lace sits directly across South from Atherton Mill, a former cotton mill property the firm Edens spent $100 million redeveloping into high-end apartments and retail. Elsewhere in South End, which is quickly becoming the hottest office submarket in the nation, cranes are everywhere: 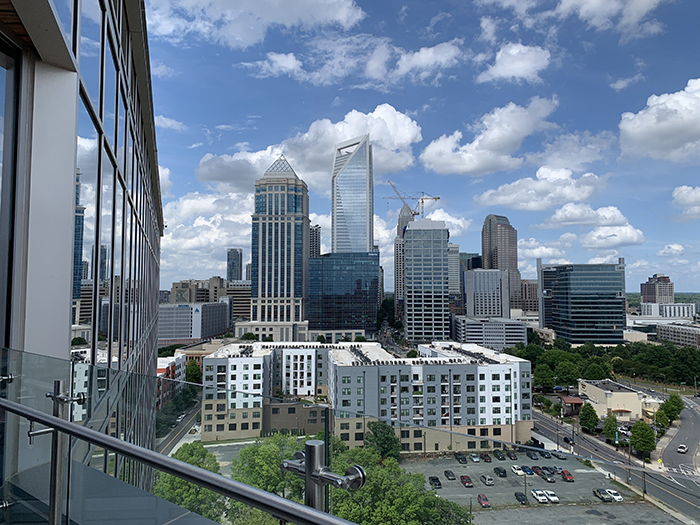 MAL Entertainment doesn’t own the property the club sits on. The family behind Mr. K’s does, and they have for decades. The family didn’t respond to a request for comment about the future of the property, but Adam Williams of Legacy Real Estate Advisors says that family ownership of such a desirable piece of property in South End is increasingly rare.

Mr. K’s closed this year, and a Florida chain called The Crust Pizza is moving in, as CBJ reported. But Leather & Lace isn’t planning on going anywhere, Baucom says.

“(Our landlord) signed a long-term lease for us, so we plan on being there for a while.” 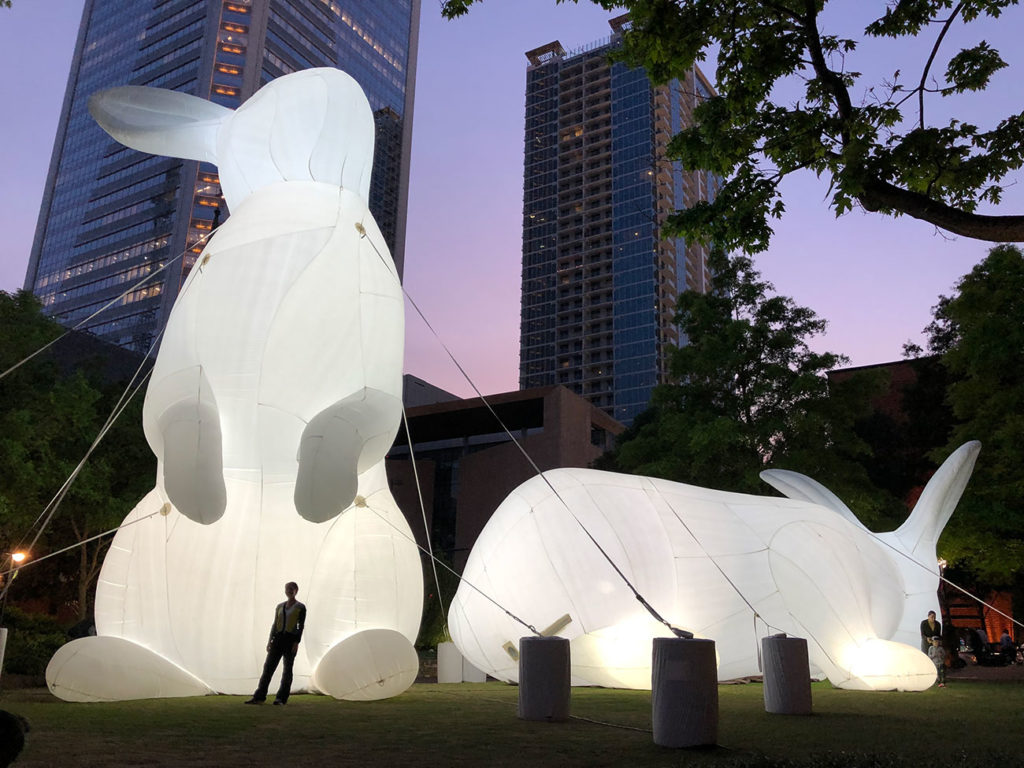 20 biggest events in Charlotte this year, including Charlotte Shout and Ren Fest