Why Price’s closing hurts so bad 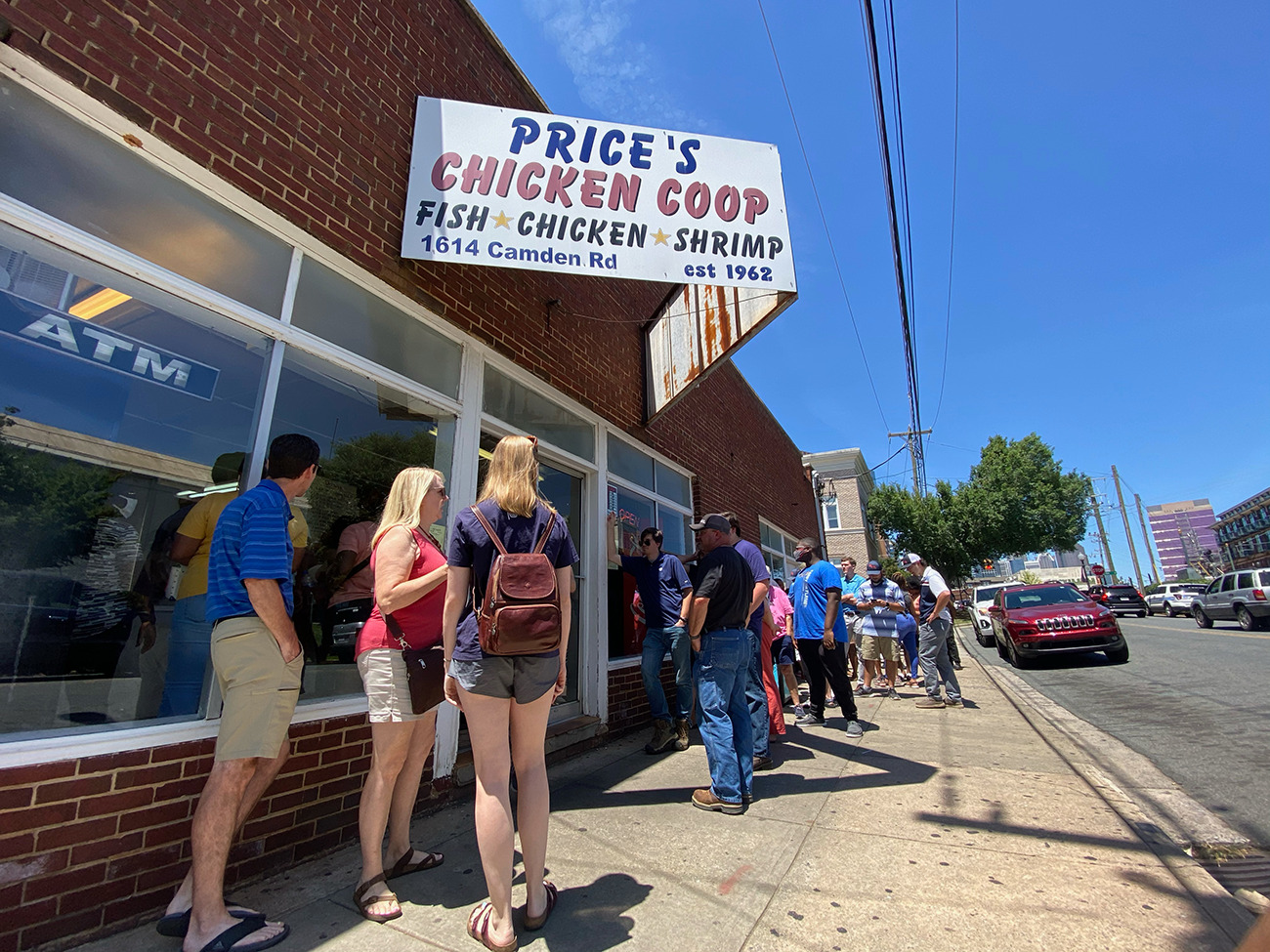 A few years ago, several of us on the old Charlotte magazine staff walked down to Price’s Chicken Coop, grabbed a few boxes and took them over to eat on the patio of Phat Burrito.

The patio was wide open, of course, because Phat Burrito, a quirky place with very large burritos, had closed. (Flower Child, the healthy-lunch Instagram heaven that now sits there, wasn’t even a dream.)

From our seats on that patio, we could see a dirt hole that marked the spot of the old Common Market, where we’d all hung out, before that closed. And that was next to a field where we’d all gather on Friday nights for Food Truck Fridays, which ended.

Still, for some reason, I figured the greasy drumsticks and thighs in my hand would always be there in trendy South End. Price’s was the one old place, of all the old Charlotte places, that would stay.

They never give much notice, the ones we’ve loved for so long. Price’s is closing Saturday after 59 years. 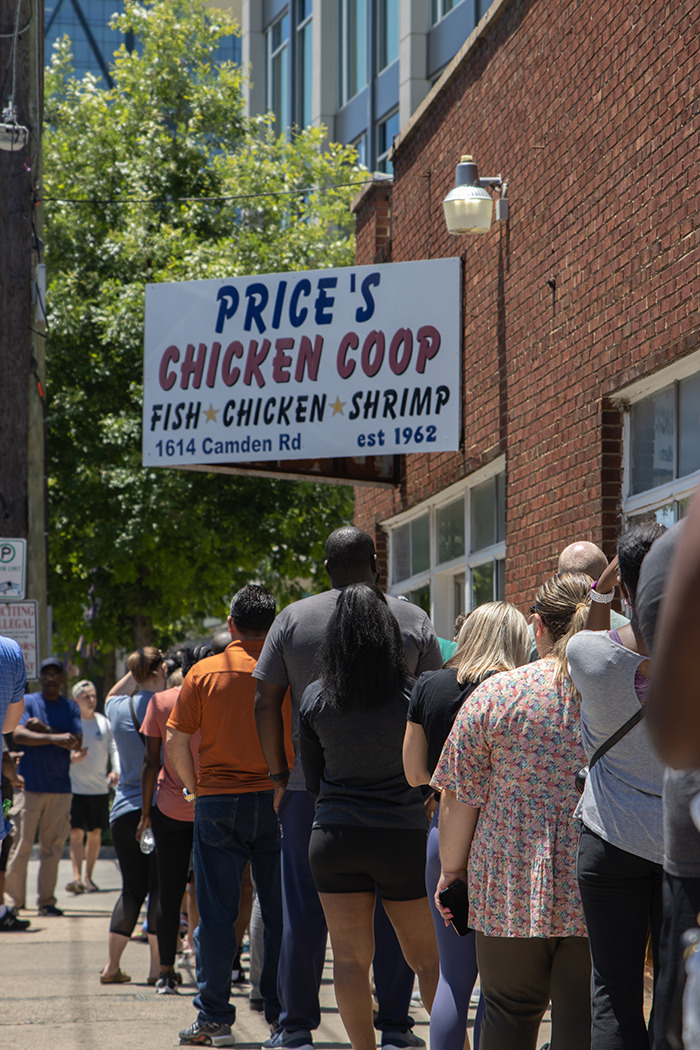 People waited in line for hours to get their hands on their last chicken box from Price’s.

“Price’s is closing, huh,” my mother-in-law just said to me. She grew up in Charlotte, went to West Meck, and her family goes back to the 1800s at least on that side of the county. “Only a matter of time, I guess.”

That’s about right. Price’s has been on its way to closing since the 1990s when developers and architects looked at the industrial area of west Dilworth and saw potential financial investment.

Each land transfer and business investment made it near impossible for a chicken shack to survive.

That certainly became true after 2007, when the Lynx Blue Line opened, and investors steamrolled south.

Whenever I think of that mass-transit line opening I think of a scene Chuck McShane wrote at the end of the 12th part of his now-13-part series “The Story of Charlotte.” He described what the view from the front of that first train ride would’ve looked like to the driver and then-mayor Pat McCrory, as they looked out the front window.

“The train pulls out of the station and heads south, past the site of the old wharf where farmers had waited to unload their cotton in the 1870s, past the old site of the Military Academy where the cadets had fired their cannons to greet a South Carolina-bound train, past the Carson station and the site of the old gold mines, past Bland Street and the old trolley barn where the mill workers supporting striking trolley drivers were shot dead in 1919, past D.A. Tompkins’ Atherton mill rehabbed and reborn as offices and shops and restaurants.”

Point being, Charlotte has always been a market-driven town where you can’t blink for fear of missing something new.

The land around Price’s is too valuable for $7 boxes of quarter-chicken dark. Any business person knows you can get at least $12 or $13 for fried chicken in South End these days. But if Price’s did that, it wouldn’t be Price’s, so it’s closing. 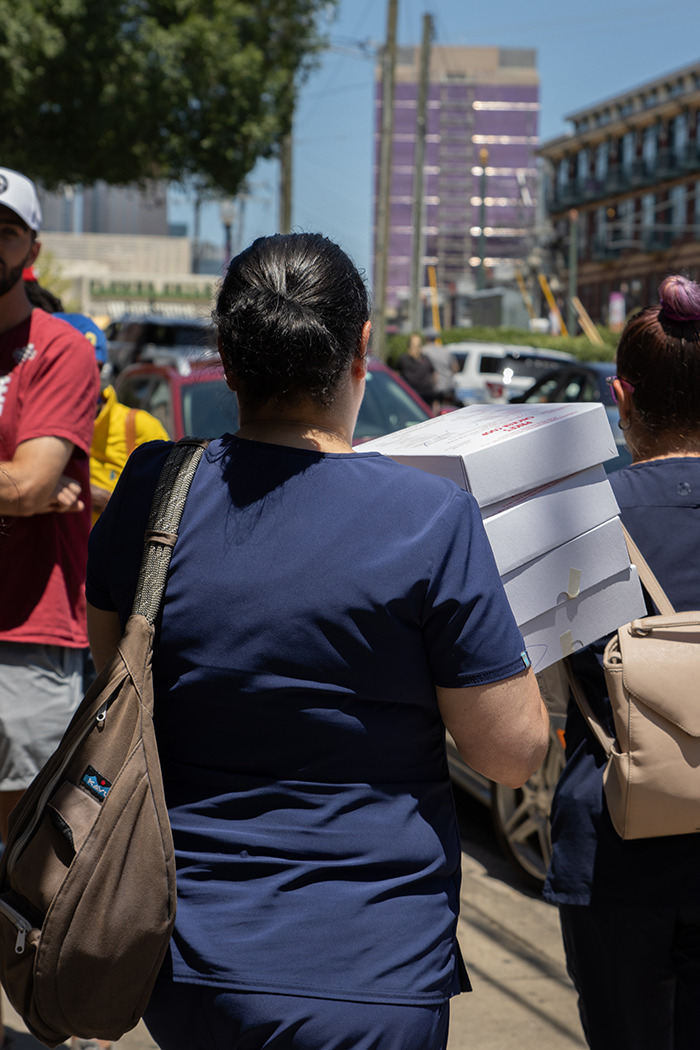 The sad part about losing it is not losing the chicken, of course.

It’s not even the cliches about losing old places or Charlotte tearing down its history. It’s that every time we cut a Price’s or a place like it, we sever another link to middle-class Charlotte.

In this city of haves and have-nots, of informally segregated schools and neighborhoods, these were the places that draw people from all demographics.

This is not unlike a few years ago, when the Dairy Queen in Plaza Midwood, which first opened in 1950, announced it was closing. That was also one of those places that offered $2 ice cream cones, equal access to people of different income levels.

Local historian Tom Hanchett told my colleague Emma Way on Thursday that the line at Price’s, with its mix of blue collar workers and people in suits, was a “social phenomenon.” And as much as I like that description I wish spaces like that weren’t so rare anymore.

I didn’t grow up here but in rural Maryland, the son of a fishing-boat captain and a first-grade teacher. We were middle class, or something like it. Much of what we ate my dad either caught or killed or grew. Our fanciest place to eat was a Chinese restaurant about 20 minutes down the road that let my younger brother carry in plain double cheeseburgers from Burger King. But we had little rib shacks around every curve in the road it seemed. They were all carry-out and even passed state health inspections every now and then.

As kids, we’d argue about which shack was better, but the truth is our loyalties always resided in which one was on the way home from our parents’ work.

Price’s reminded me of those shacks. It’s where I took all my out-of-town friends on their first trips. It’s what I bought for tailgates with our team. It’s where, for a good few months, I ate every Friday afternoon with my friend Andy Smith, who’s now the editor of Charlotte magazine.

Price’s was the kind of place that friends who moved away from the city could count on as the one spot that would be the same when they came back to visit.

But now Charlotte’s the kind of place where you can’t even go to the beach for a few days without something changing.

It’s good. It’s bad. It’s just the way it is here, where it’s all just a matter of time.

We’ll all go on loving Charlotte, like we always do, but now it’ll be different for some of us, like it always is.

In any case, I figure I oughta head back out to be with my family now because while I’m sure sad to come back in a few days to A City Without Price’s, it’s a good reminder for all of us to take care of the folks who are stuck with us forever. 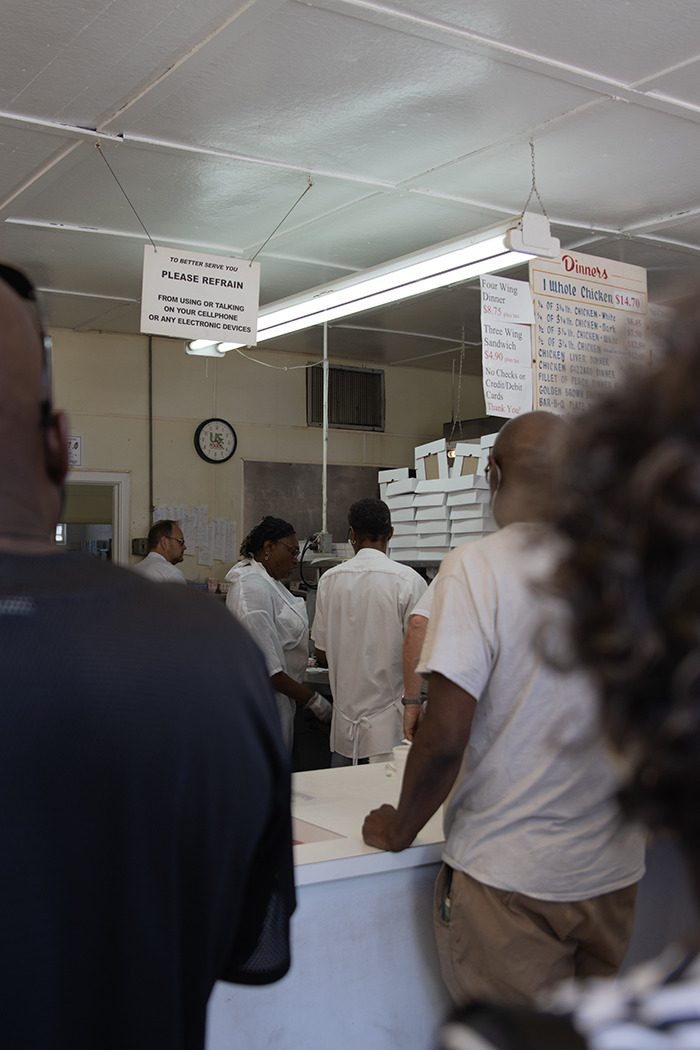 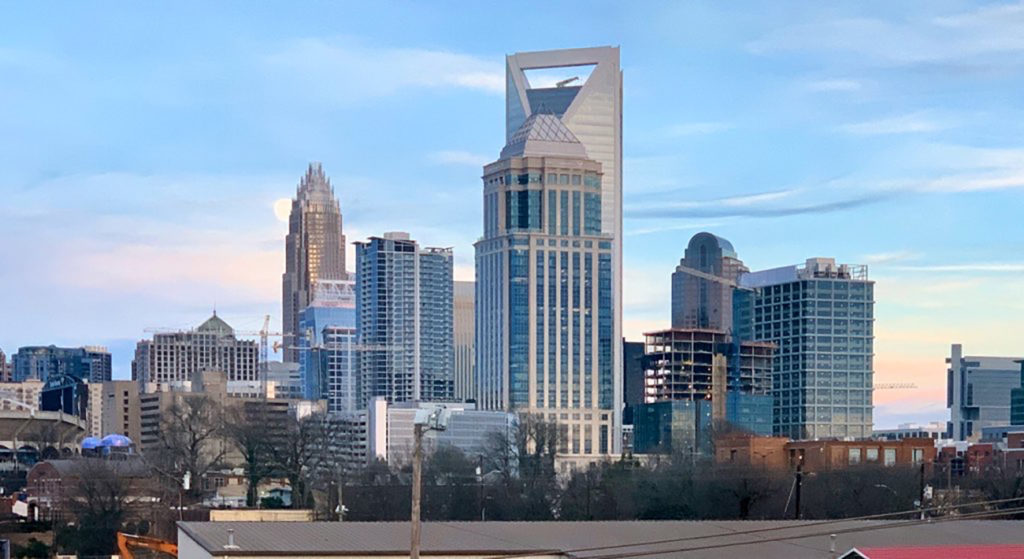 How the 2040 plan divided Charlotte