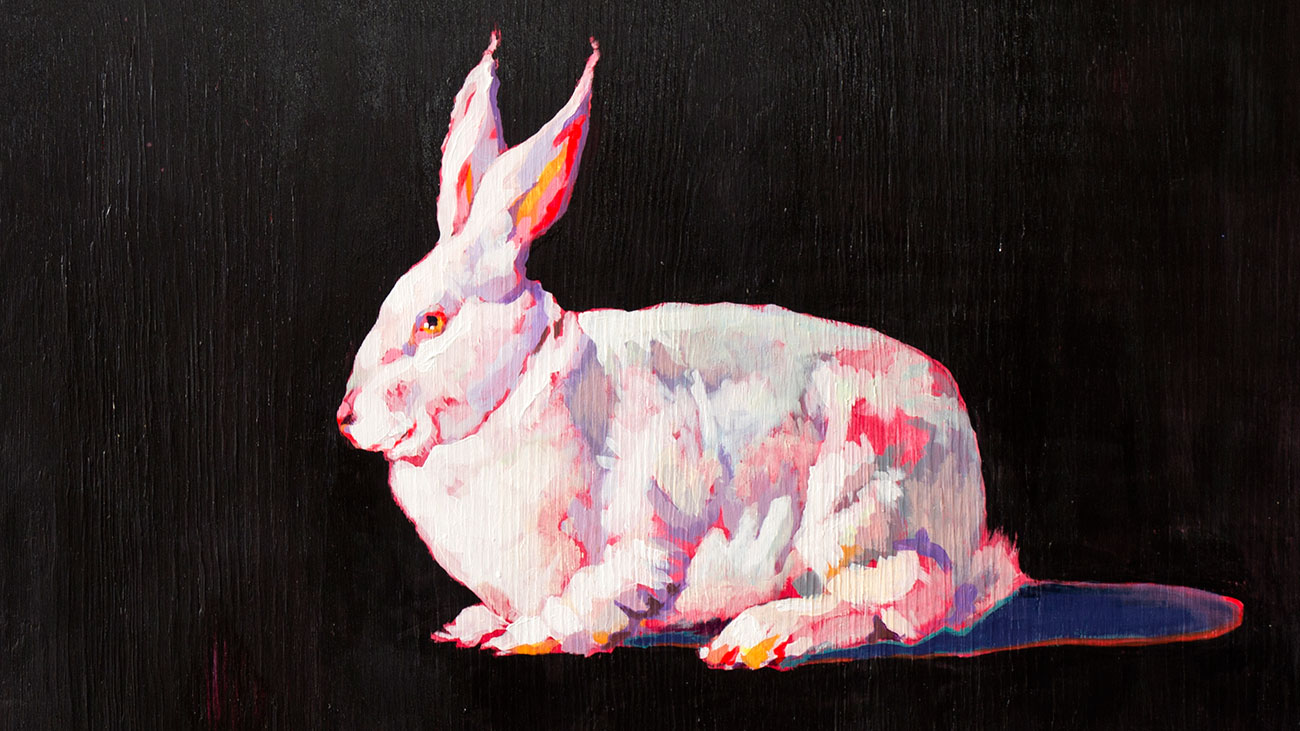 Gibby Haynes of the Butthole Surfers is staring at me, and he looks out of it. Glazed. Slits for eyes, wide-lapel 70s suit jacket, black-rimmed glasses, his silhouette splashed red, like he’s in a darkroom planning some ill-conceived debauchery. And what’s with those pot leaves floating by on either side? And who are those three women wearing face paint, one with her arms stretched out, palm ups, is that a freaking eyeball on her hand?

Sounds like a twisted dream or hallucinogenic trip. It’s actually a painting by Kelly Keith, a Charlotte artist who’s made a name for herself over the past few years with a compelling style best described as psychedelic realism. It’s vibrant, playful and other worldy, like Alejandro Jodorwosky’s film The Holy Mountain channeled through acrylics on wood, equal parts sci-fi adventure, shaman-guided spiritual quest and trashy pop culture binge, continually buzzing and throbbing with energy and phosphorescent color. 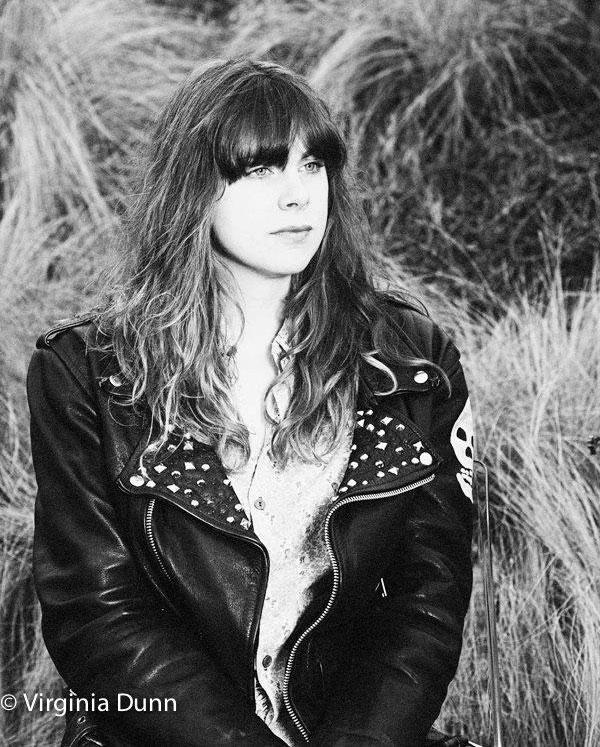 “It’s all about color,” says Keith, who recently took part in the Skyline Series in the Goodyear Service Center uptown. “I have this trick where I paint everything in red, then add some highlights and lowlights, and see what develops from there. I’ll also play with negative space and use black and that’s when a painting can really reveal itself as you go.” 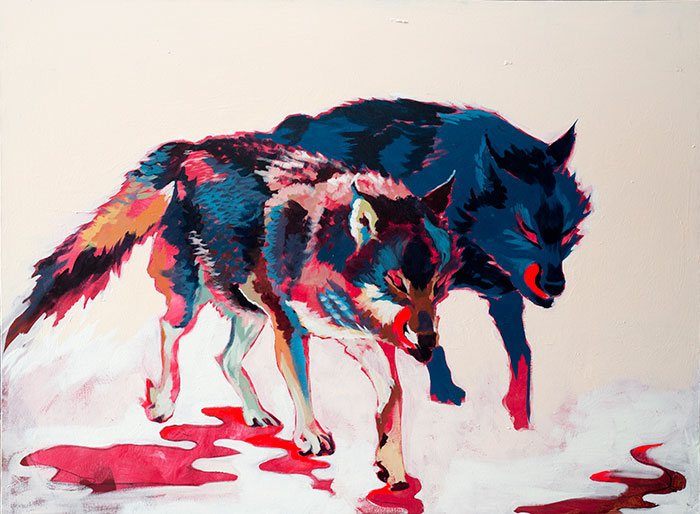 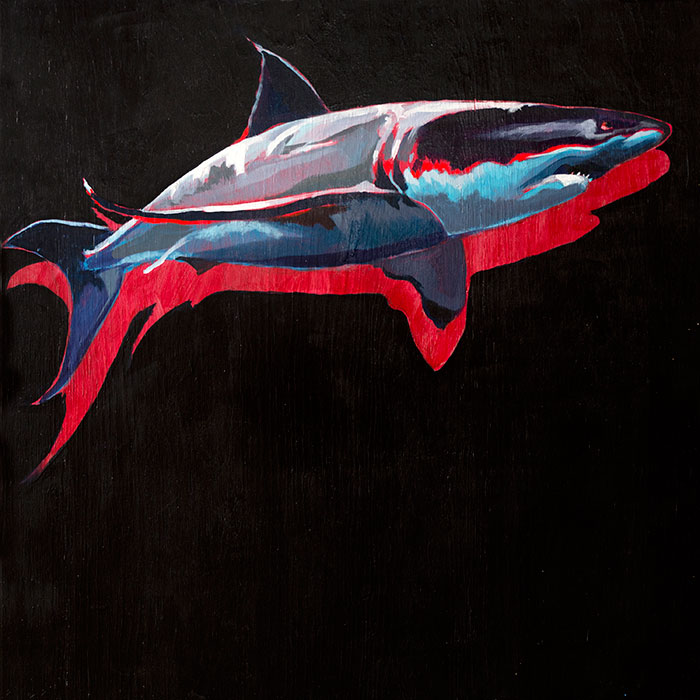 Along with a penchant for intense colors, Keith’s recurring themes include animals, UFOs and space, and music. Especially music. Yeah, she’s a music nerd — she’s worked at record stores and music clubs in the past and her album crates run deep with punk, hardcore and rock. The MC-5, Ramones, the Melvins and Black Flag (she’s a big Raymond Pettibon fan too) have all found their way into her paintings. “It’s really important as an inspiration, definitely. I always listen to music when I work.” 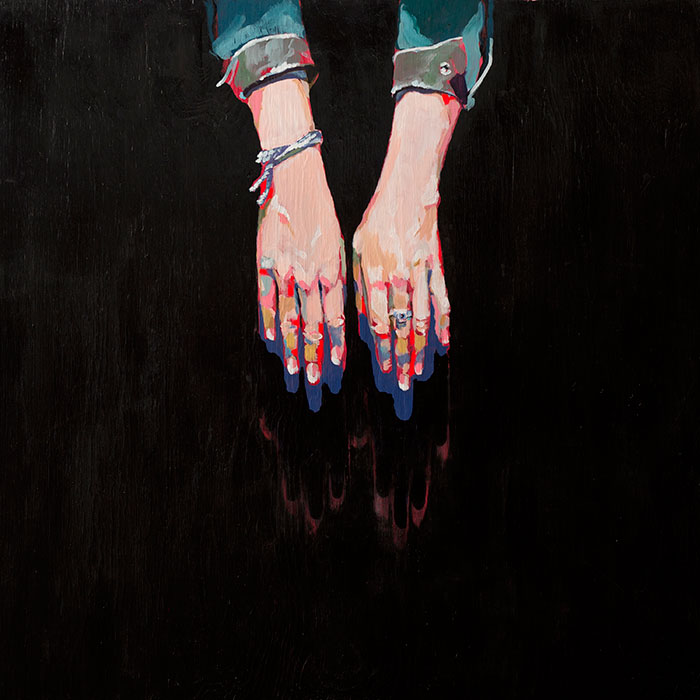 A native of Mauldin, S.C., Keith became interested in art in high school, spurred on by a teacher who had his art class create music fanzines and concert fliers. She moved to Rock Hill to attend Winthrop University, with plans of learning print making and silk screening. “But then I found out I could paint, in some weird way.” There she studied under acclaimed artist Paul Martyka, who’s had a big influence on her work, and graduated from the school’s well-regarded art program with a Bachelor of Fine Arts degree. She’s lived the past dozen or so years in Charlotte, yet nourishes a sense of wanderlust and discovery that’s taken her throughout the U.S. and to South America. 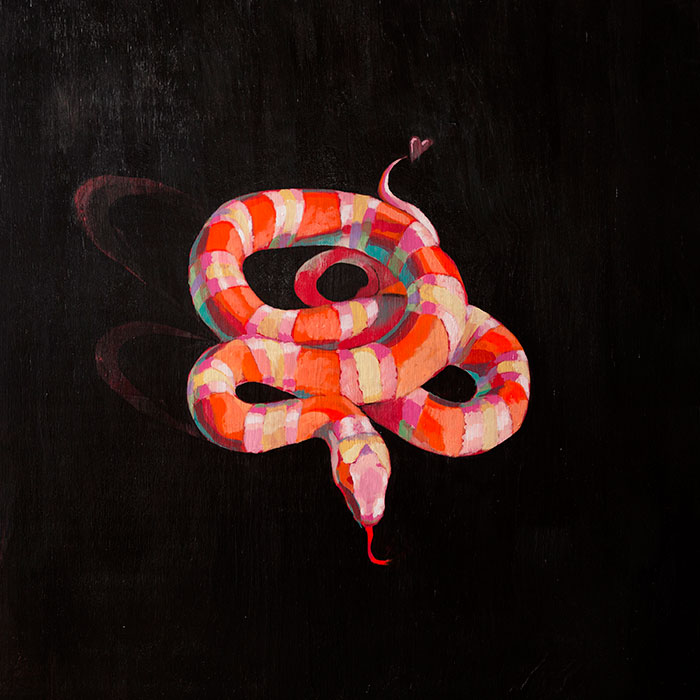 You’ll find her work exhibited at local shows and on numerous walls in homes all over town. Commissions for friends make up a good portion of her income. She digs helping people realize a crazy fantasy or idea, whether it’s seeing themselves as a space warrior wearing a mod mini-dress and holding a laser gun while standing on Mars or simply Jerry Garcia wrestling a bear.

“Sometimes commissions take you to unexpected places,” she says, “and they become really special and important to you.”

Keith will take part in a group show with six other artists on December 11 at C-3 Lab, 2525 Distribution Street. The work will be viewable by appointment there until Dec. 31. Check out Keith’s work at kellykeith.net. 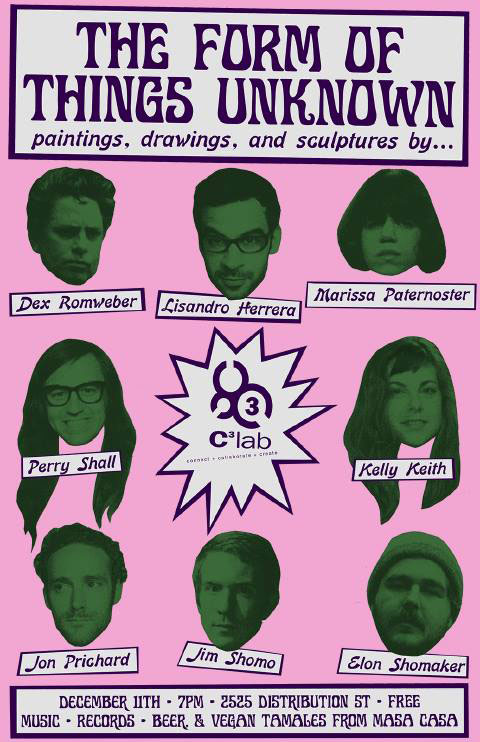 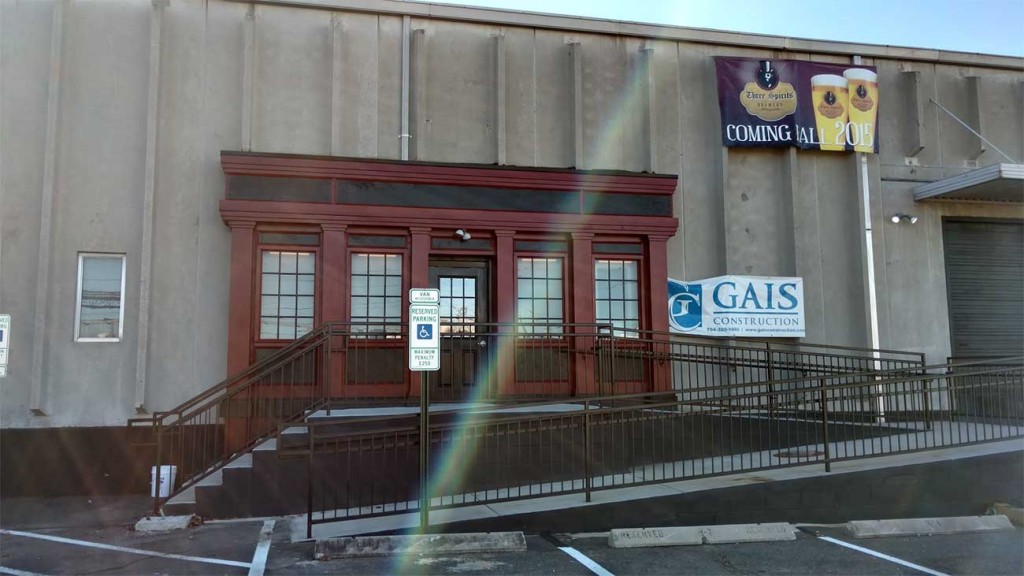