What the bees at Cloister Honey are buzzing about 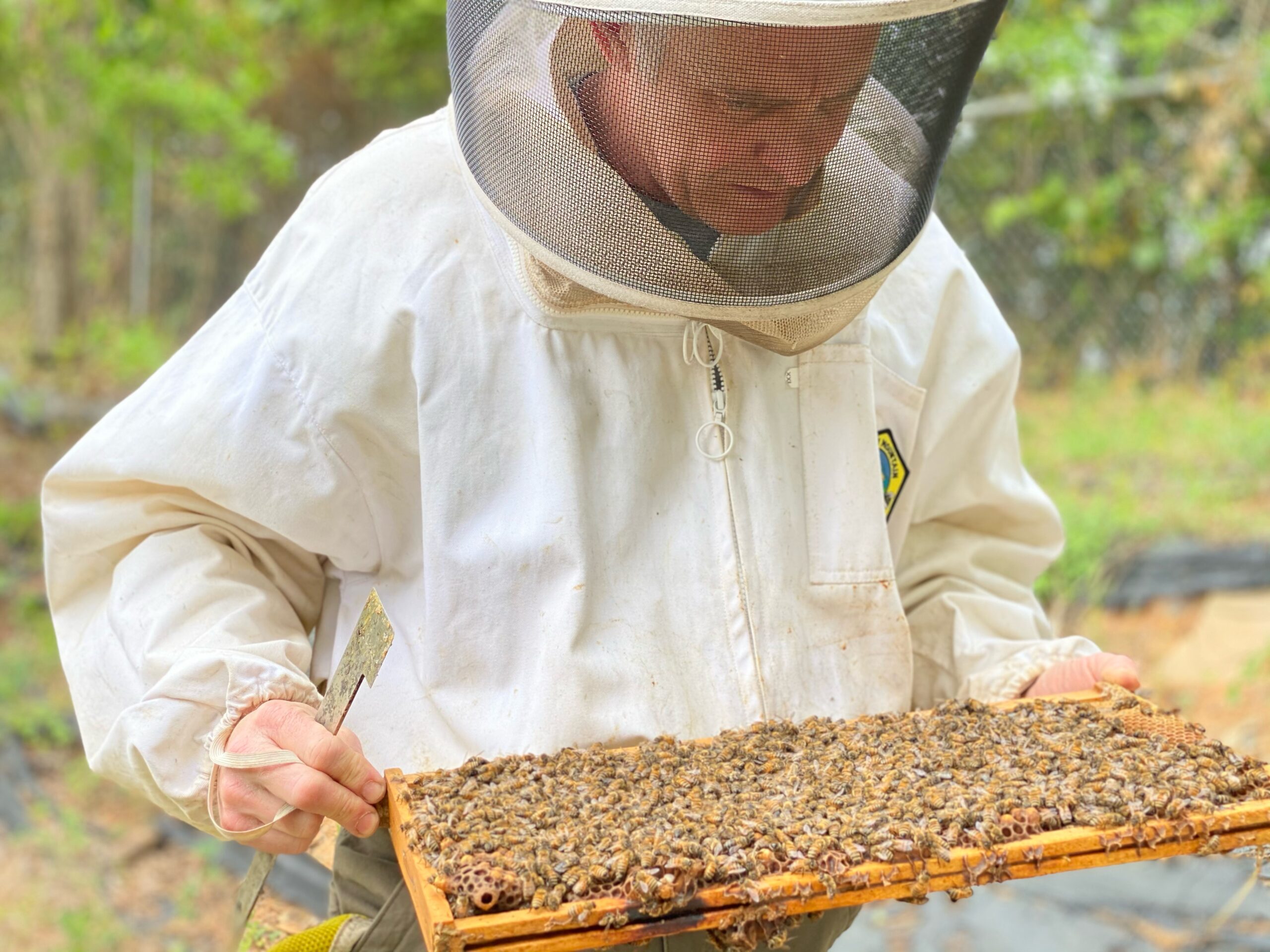 If you believed the old theory that local honey cures allergies, you’d figure that Randall York, who owns a robust honey-making business with his wife Joanne de la Rionda, would be armored against allergy season.

Randall and Joanne run a local business whose name — Cloister Honey — you’ve undoubtedly seen, even if just as a centerpiece of a local gift basket.

They’ve been raising bees and making honey — whipped honey, wildflower honey, ghost pepper honey, bourbon honey, honey straws, honey spreads, honey gift baskets — for more than a decade off N. Graham Street. They’re former bankers who understand business, and beekeepers who understand that if you listen long enough to nature will teach you a thing or two about life.

The big picture: Cloister is one of the more important small businesses in Charlotte, even if it can’t cure allergies. The national bee population, you’ve probably heard, is dwindling. Areas populated by bumblebees dropped 46% in recent years according to one study.

Also of note: Beekeeping hit the mainstream this spring with a debate over a popular beekeeper’s Tik Tok account, and whether she’s using best practices in removing bees.

Why it really matters: We can learn a lot from bees. I mean look at us, our little inefficient colony of people in Charlotte: Our schools headed to mediation with the county commission, our city council regularly meets for seven hours about plans for 2040. 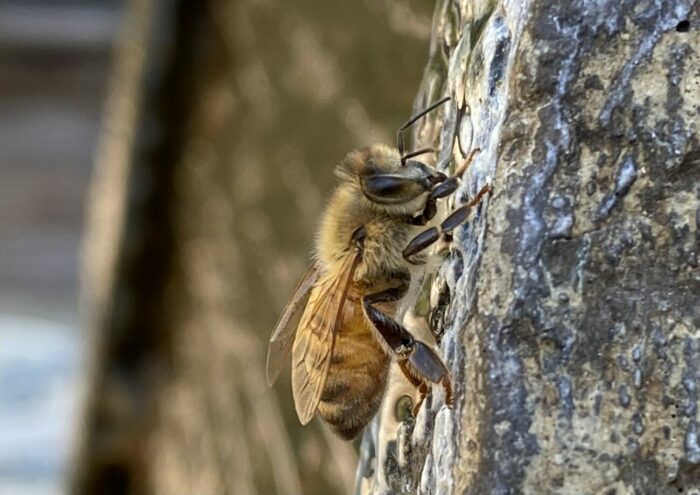 What happens: Around the end of January each year, when the red maples start to bloom, the a queen honeybee senses that pollen is on the way, so she starts getting ready. By early April she’s laying 2,000 or so eggs a day.

Cloister has a couple dozen hives, most of which can grow to 60,000 or so bees by this time of summer. Each hive needs three things: pollen, nectar and water. Each bee plays a role in maintaining the mix.

Worker bees fly away from the hive to retrieve one of the three. When they return, they enter through the base of the hive, where “guard bees” wait. If the hive is flush with water, they hive will tell the water-carrying bees there’s no entry at that time, and shuttle more pollen-carrying bees in there like VIPs.

Or would it be VIBs?

Whatever, stay with me.

The nectar bees regurgitate what they’ve kept in their honey stomach. House bees working the hive put it into the honeycomb cells. The house bees buzz and blow wind on it to reduce the moisture to about 18%. After that, they cap the honeycomb with wax.

At the start of spring, a single “frame” in a hive (what Randall’s holding in the top picture) will weigh about five ounces, Randall tells me. When it’s full — around this time in June each year, usually — it’ll weigh five pounds.

And that’s when the beekeeper can extract his riches. 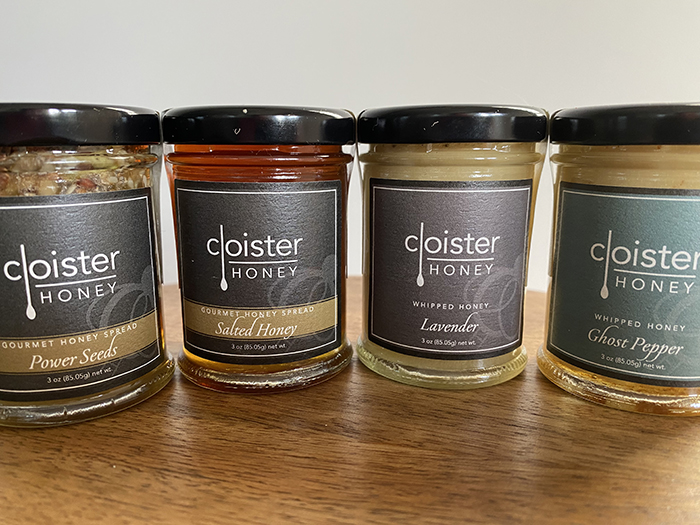 The backstory: Joanne bought Randall a beehive for Christmas in 2006, back when they were working in banking.

They started by making wildflower honey, which most keepers start out making, to sell at small markets. But one weekend another honey seller set up shop right next to them with prices about $3 less than theirs.

Joanne and Randall looked at the time they put into each jar vs. the price of the other man’s honey, and they knew they’d never make any money by doing the basic honey at the basic price.

It’s a precise and painstaking operation, where Joanne has to get just the right amount of seeds or flavor each time, to stay consistent.

But when she got it down, their theory proved right; people started paying more for it. 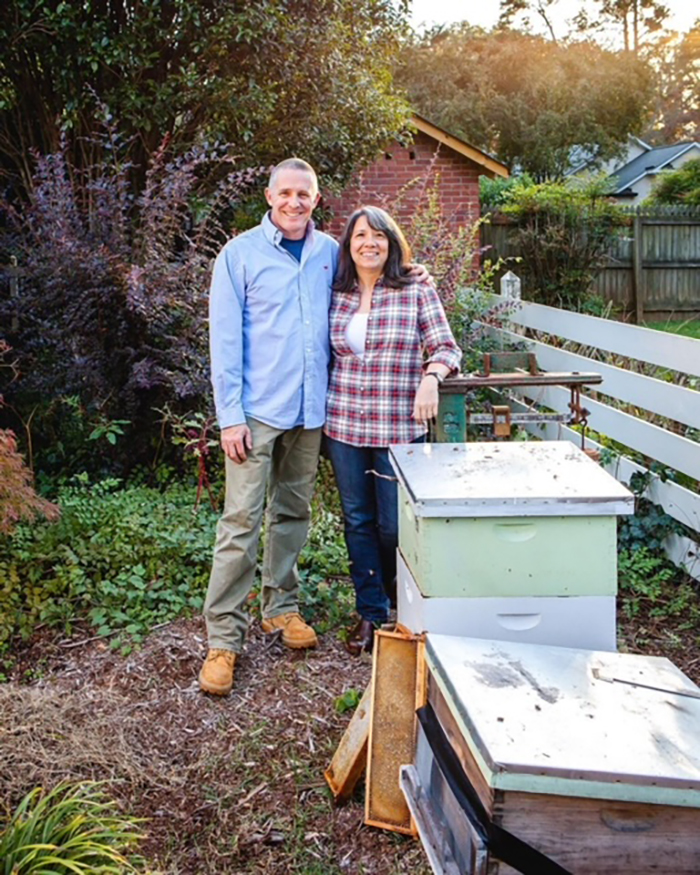 2008 and 2009 weren’t the most stable times to work in the banking industry. Randall had started a moving company in the warehouse off of N. Graham. He’d work until 4pm at the bank, then move people’s stuff until midnight, and make honey in what few hours he had in between.

And then the pandemic came. 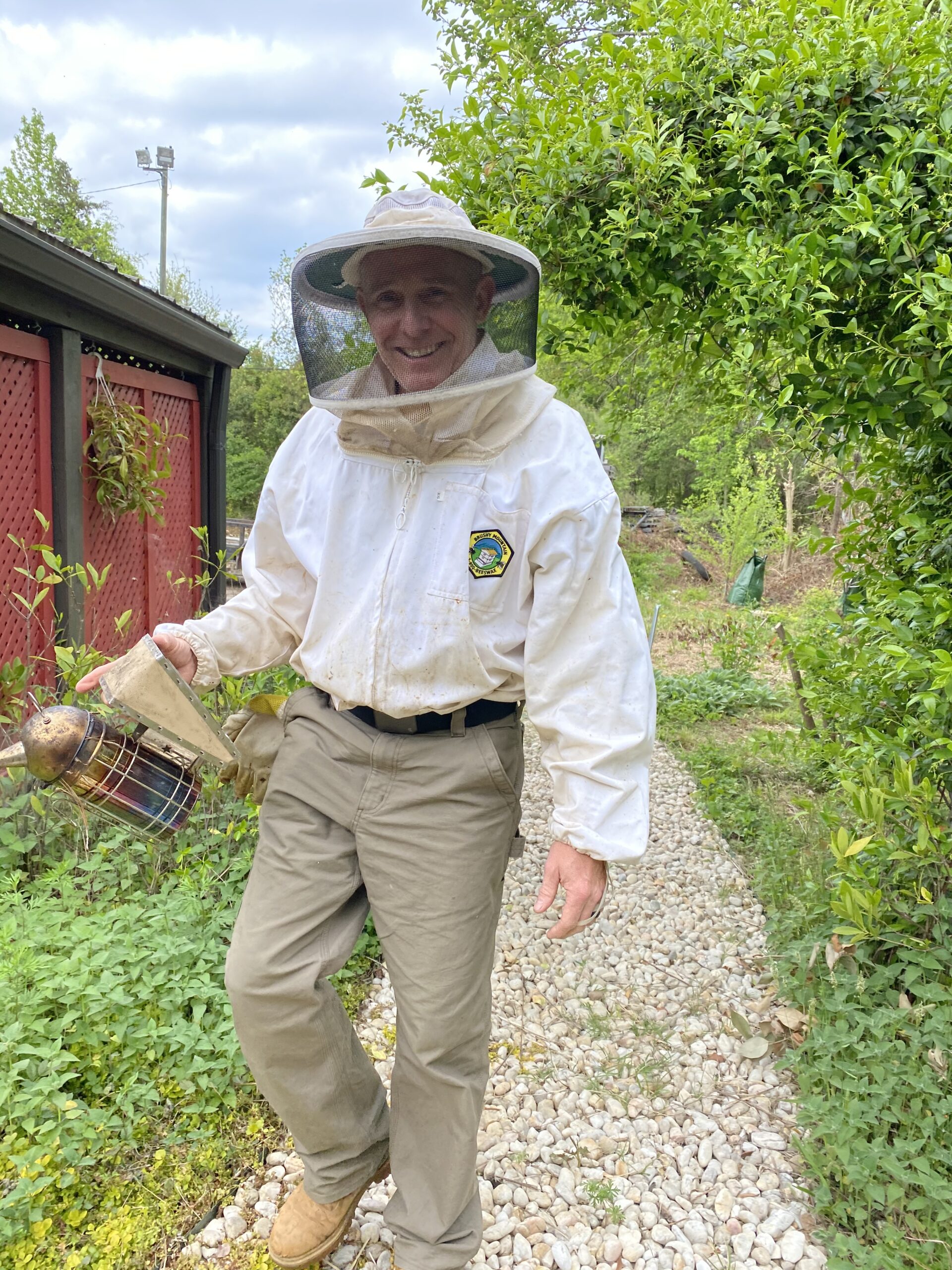 One more little bit about the bees: A queen can live for four or five years. Worker bees live all of 42 days, literally working themselves to death. And the crazy thing is, a worker bee could’ve been the queen with a little better luck.

Nurse bees in the hive feed the newborn bees royal jelly for three days after birth, just in case one of them needs to become a queen in the event the queen becomes ill.

About two weeks after she’s born, a new queen will fly around and get herself situated with the sun and the earth, then start making mating flights: She flies to a drone congregation area — drones are males, big and dumb with huge eyes — and she’ll put off pheromones to reel the drones in.

Humans have a little more control over their fate.

After the pandemic settled in, Cloister’s business plummeted in April and May.

Joanne and Randall had to cut staff, which pained them. Meanwhile they enhanced their website to allow for easier online ordering. Soon the requests came in.

They personalize each delivery with a note that says something like, “hope you enjoy this on a bagel,” or something. From October through December, “we shipped more than we’ve shipped in our whole lives,” Randall says.

Cloister’s revenue dropped about 5% from 2019 to 2020, but they say their business is far more efficient. Sort of like the bees. 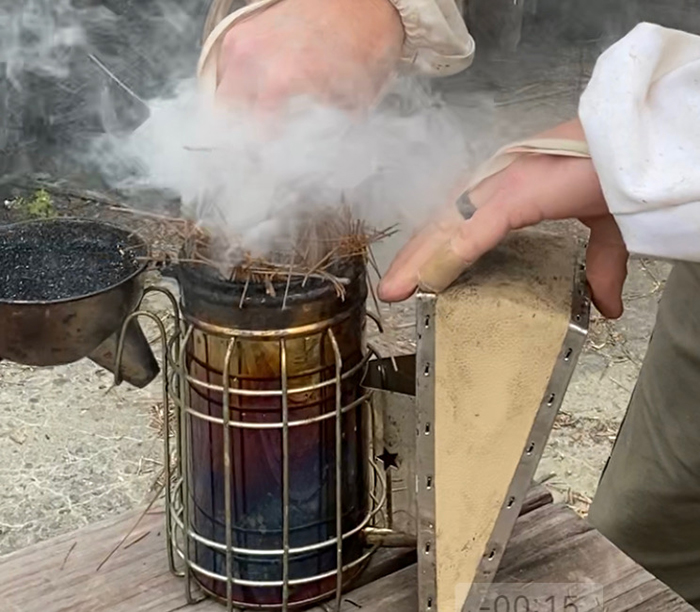 As I was about to leave on my visit a few weeks ago, a delivery truck driver showed up.

The driver got out and said, “You make honey here?”

“Ah, man,” the driver said, “I need to get some of that for these allergies.”

Randall laughed and said it again: Local honey isn’t a verified treatment for allergies. But, he told the man, if a person insists on believing that tale, they’re welcome to buy as much as they want.

“There’s no proof at all,” Randall says. “But if any honey helps, ours should help just as much as anyone else’s.” 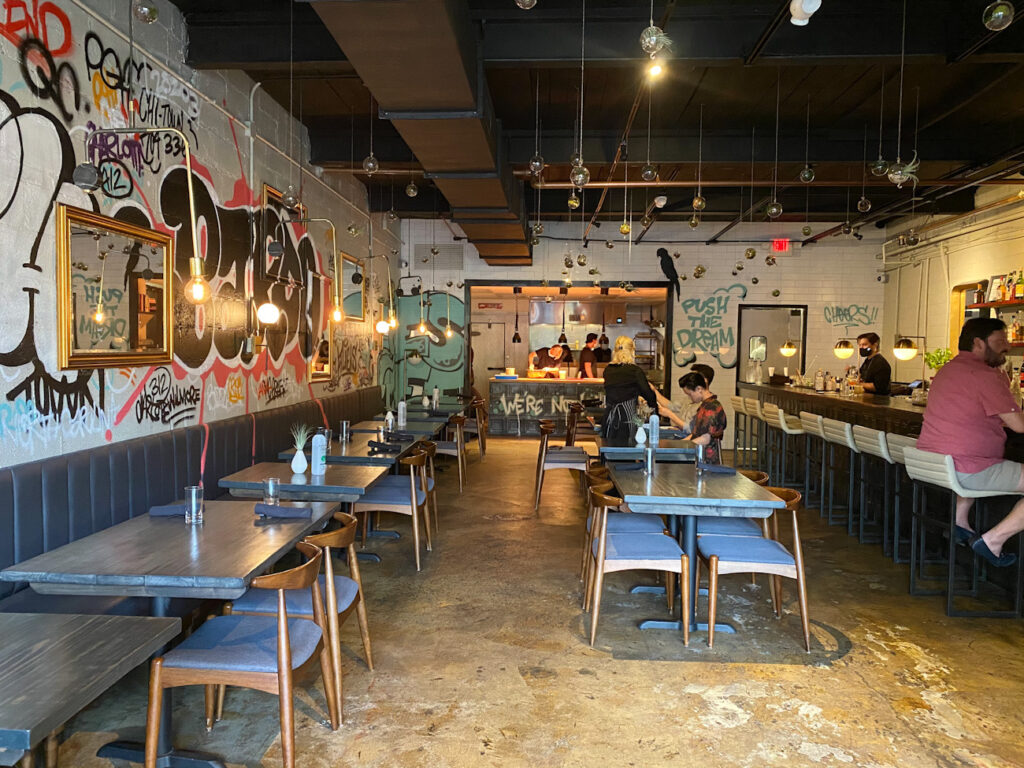 Axios weekday planner: 29 things to do in Charlotte this week