My four years living in a Charlotte four-plex 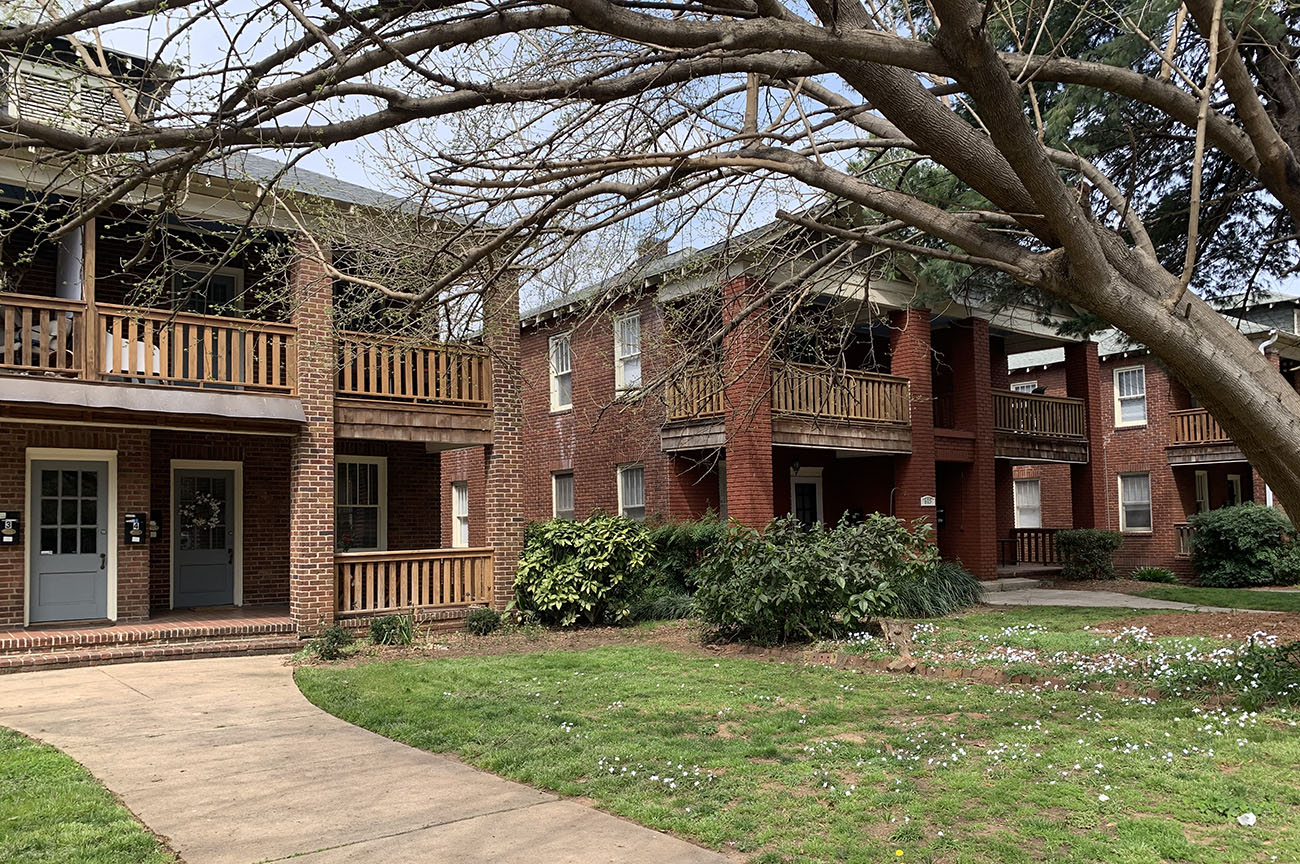 On Sunday evenings I’d sit on the front porch and listen to the neighbors practice guitar while the sun dropped down through the oak branches.

I spent four years of my Charlotte life living in the bottom-floor apartment of a four-plex. Today places like it are at the center of a testy debate over future zoning restrictions in our sleeve-busting city.

To me it was a good place to watch the world go by.

We had so much quality foot traffic that one of the neighbors put a bench in his front yard by the sidewalk, just to give people a place to sit.

We had a devil cat that roamed and terrorized, and a mystery home hidden behind overgrown limbs.

One guy walked by each day with a cute dog with short legs, which my new girlfriend at the time, Laura, referred to simply as “The Dog.” A few years later, I sat on that porch and stared at the moon the night before I married Laura, and not long after that we adopted our own mutt with short legs.

Charlotte’s story unfolded all around that porch. I could hear construction crews demolish Reflection Studios, where R.E.M. and James Brown and many others recorded, and watched an apartment complex rise in its place. Down the street was a small rose garden next to a brick sound barrier, which protected us from a highway that had cut through a larger rose garden years ago.

I used to walk to and from work some days, three miles each way. I walked to a bar for the Panthers games in 2015, and after that awful Super Bowl loss I slinked home to the same porch.

I came to love a restaurant run by a pair of Serbian brothers, Intermezzo. One night Laura and I ate there and forgot our leftovers on the table. Djordje, one of the owners, came running after us down the street with it. He knew where to find us because he’d lived in the same four-plex at one point.

Lots of people lived in that four-plex, turns out. Once, a home-owning neighbor stopped me on the street and asked what unit I lived in. When I told him “bottom left,” he said, “Oh! I conceived my first child in the one above that!”

How many of your neighbors’ conception stories do you know?

I had no idea then I was living in something that would one day become a swear word during this debate over the 2040 comprehensive plan — the dreaded multiplex.

Here’s what riffraff my four-plex brought to that neighborhood when I lived there: a JAG lawyer in the Army, a barista at a coffee shop, a restaurant owner, and me, the editor of Charlotte magazine at the time. Not too motley.

The owners of neighboring houses treated us as if we belonged. They invited us over for Halloween parties, called us to help set off the occasional firework, and let us play in their backyard BB gun shooting ranges. I’m sure there were some tensions between the owners and the renters, but from my perspective the arrangement was ducky.

It gave me a small place within this big city at a half-decent rent rate. It gave me — a guy who grew up way back on a dirt road — a good Charlotte start and put me in a position to fall for this plucky place. Which I did.

Laura and I have another porch now. It’s attached to the front of a house we own. We still delight in sitting outside and watching the city move, only now we have the added company of a 14-month-old boy who blurts “hi!” to anyone who passes.

We talk a lot about the American Dream in these discussions, but to me the dream still has little to do with how much we have or how big our postage stamp of dirt is. It’s more about having the modest luxury of appreciating where you are while everybody else is spending all that energy dashing — or is it clinging? — to the future. 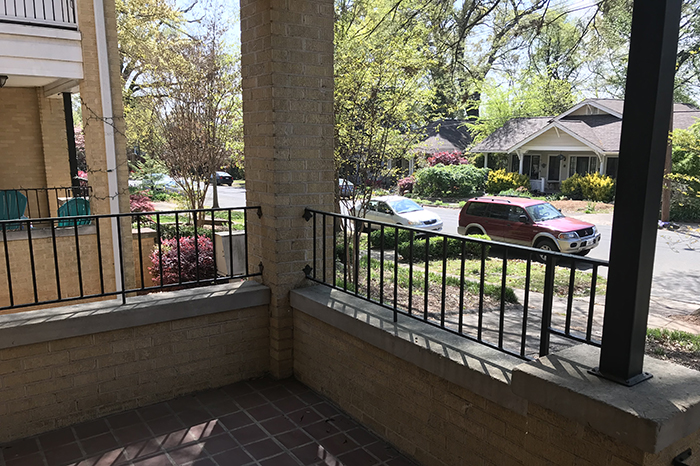 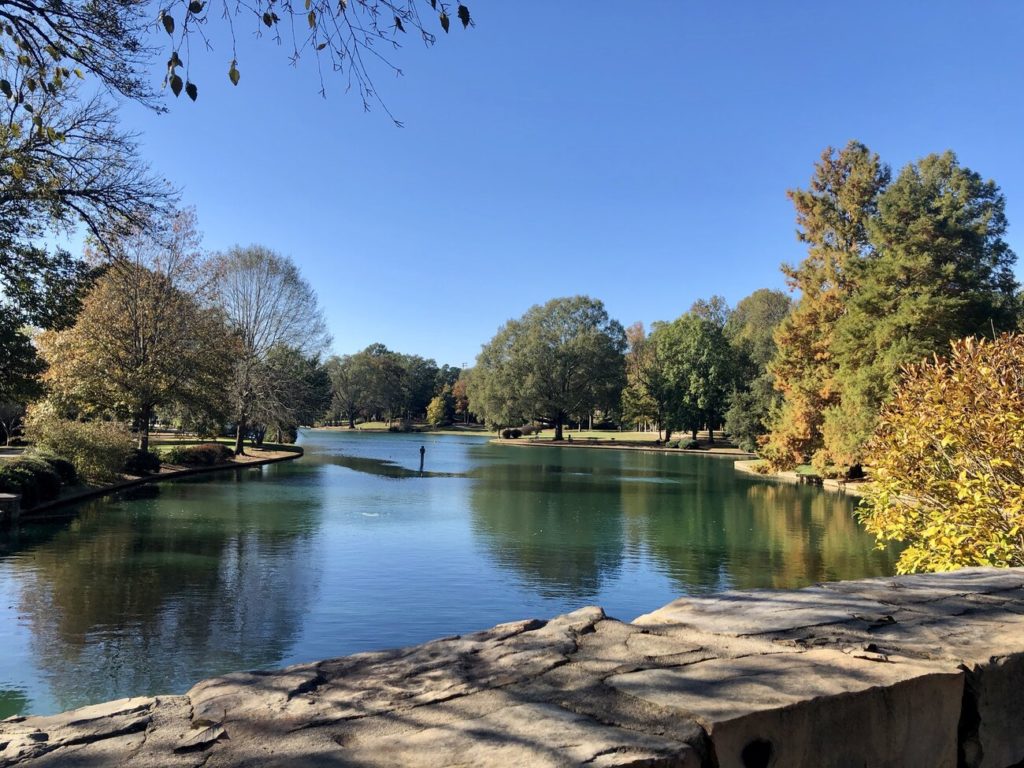 Weekday Planner: 16 things to do this week in Charlotte