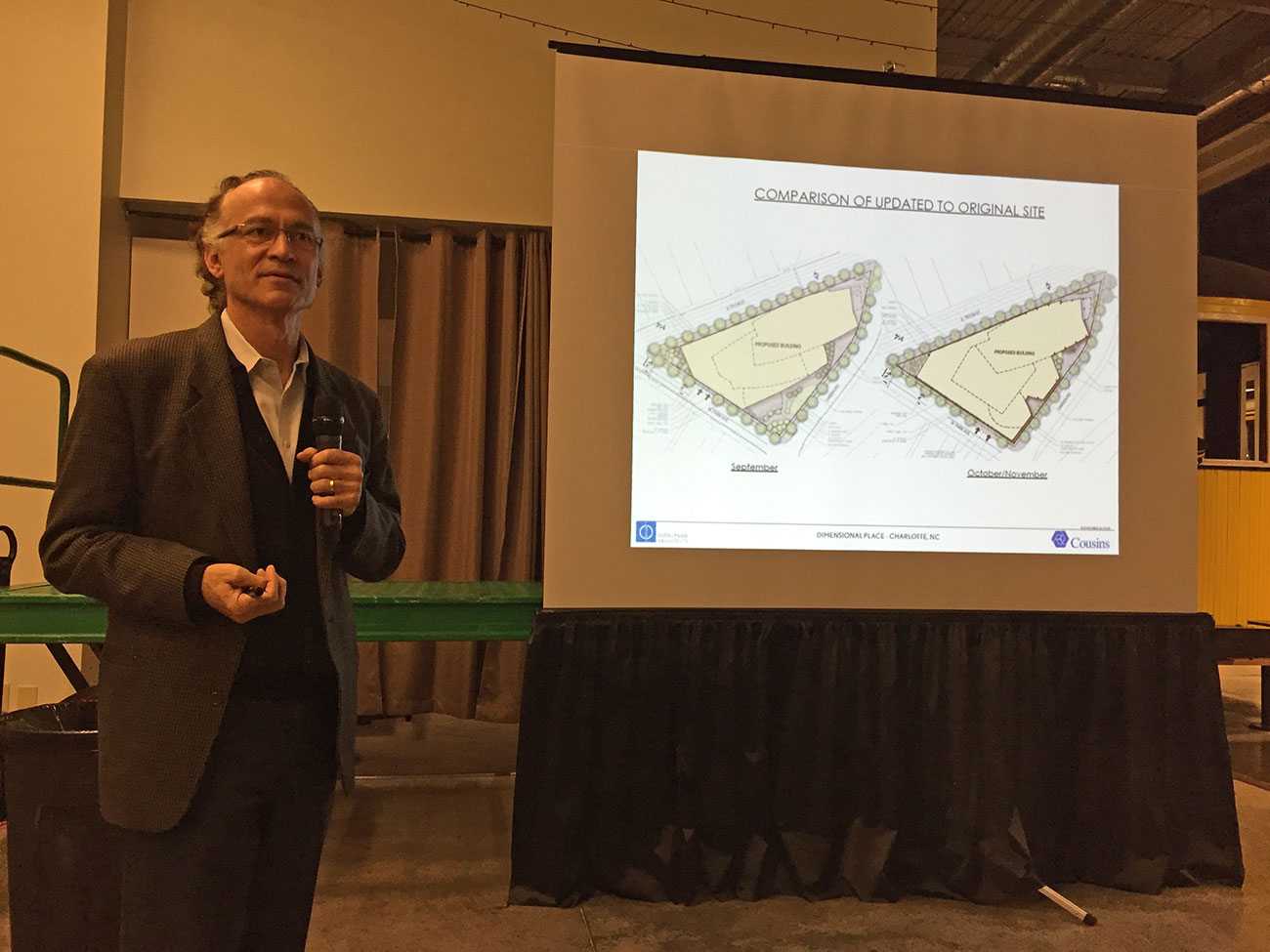 People were super unhappy when the first plans for an office building were unveiled for that beloved triangular piece of land in South End.  Turns out the developers behind the project listened and made a bunch of changes. We got our first glimpse of them Tuesday night at a community meeting in front of a packed house at the Charlotte Trolley Museum.

Overall, the new site plan and concepts make the project more urban in nature and a better fit for the neighborhood. Retail and restaurants will be pushed out all the way to the street and the three distinct corners of the lot will each have their own feel.

I apologize in advance for the quality of the images below. I literally took pictures of the PowerPoint presentation up on the screen. The plan is for Cousins Properties to tweak the designs a little bit more and resubmit them to the city later this week.

To refresh your memory, here’s the original plan: 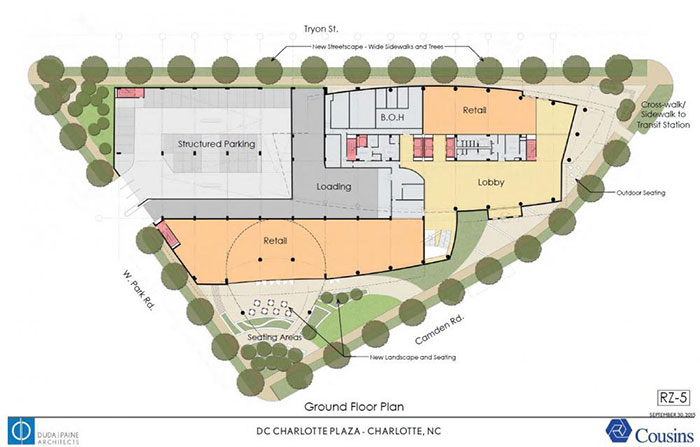 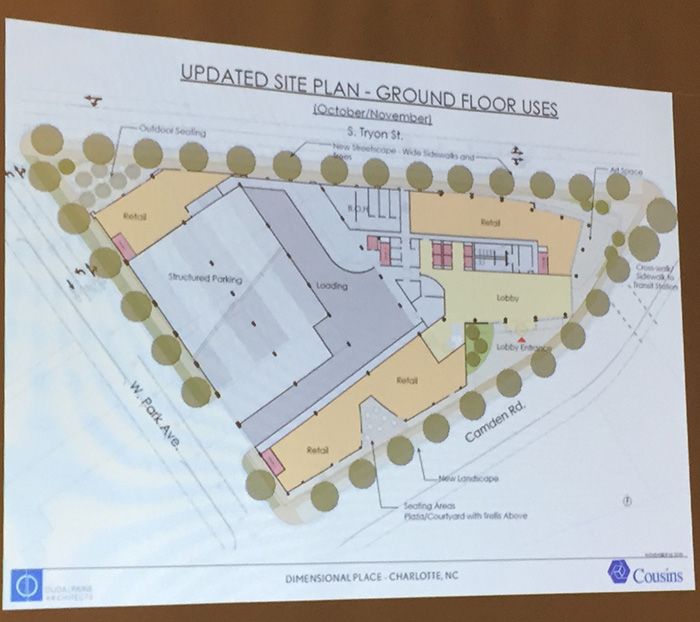 A few key differences: Retail is pushed all the way to the street on Camden Road (bottom corner) instead of being hidden behind a courtyard area. Notice the little pocket park there between the two retail spaces. The intersection of Park and Tryon also now has retail there instead of being blocked off by the parking deck.

About those three corners

This is perhaps the most significant change. The three corners of the lot will be turned into destinations with their own concepts behind them. 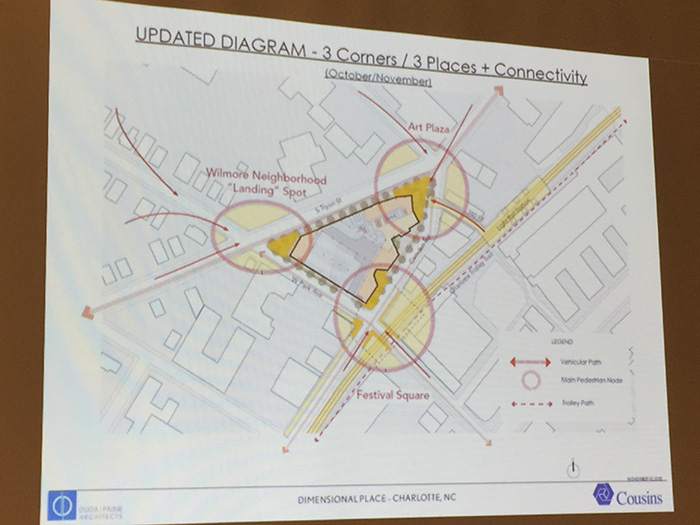 Art Plaza. This is built to be a pedestrian crossing between the nearby bars and the light rail station and will be heavily visual. Dimensional Fund Advisors, the company building the offices, is a big patron of the arts and will invest in pieces for its lobby space on this corner. There will likely be artistic outdoor seating and perhaps a light-based display for nighttime. 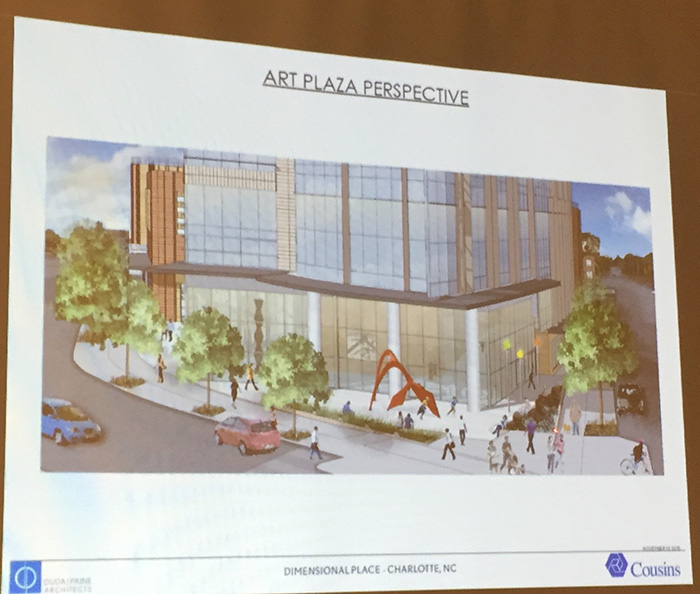 Wilmore Landing Spot. This will likely be home to a small grocer or cafe and be a way for the nearby Wilmore neighborhood to access the project. This change was very important to that neighborhood. 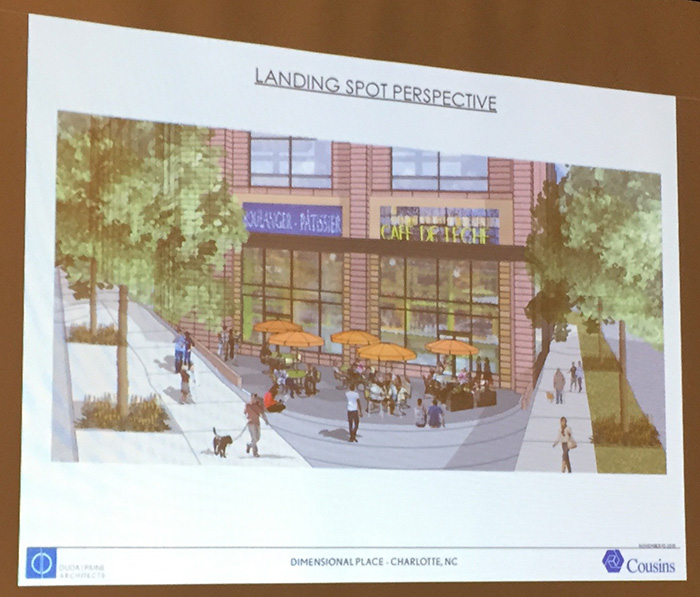 Festival Square. This is meant to represent a big city environment and be the type of place that could be shut down for the evening for a big outdoor festival. This is also where that pocket park is going. 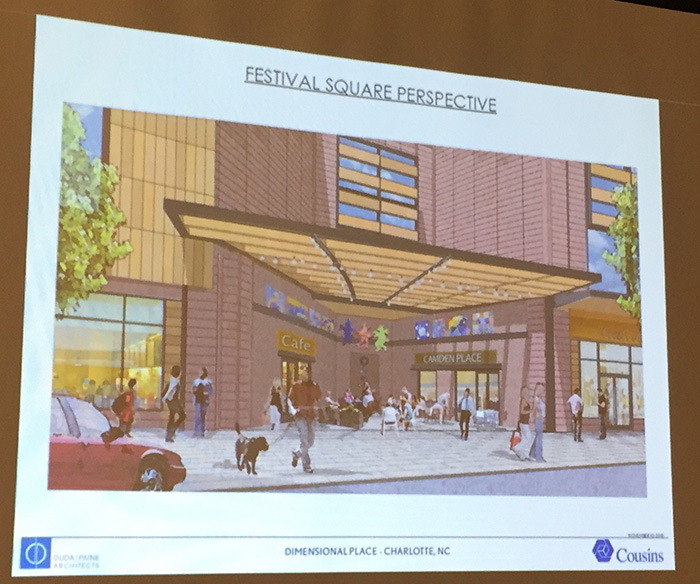 “It would have a character and an identity you would remember.” — Turan Duda, design architect at Duda Paine who created the designs.

“I say you’re sterilizing this neighborhood,” a South End resident who attended the meeting.

Cousins will resubmit plans with the city and is scheduled for a public hearing on December 14. The plans will go before the zoning committee on January 4 and will go up for a City Council vote on January 19. 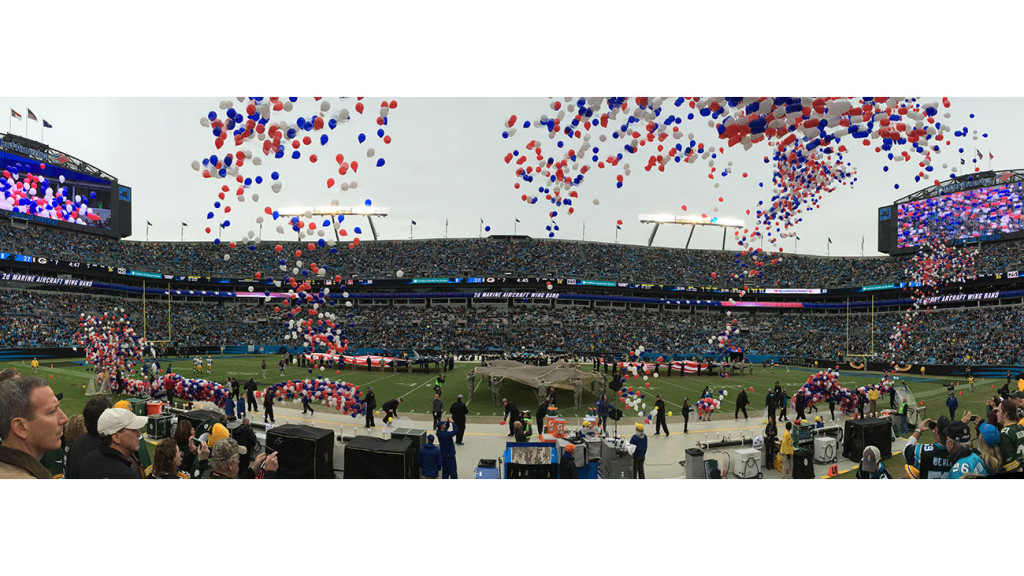