North Carolina’s film industry has bounced back in the past year, after about a decade of setbacks from the loss of film tax incentives and HB2. Now, Georgia’s new restrictions on voting could give our state another competitive edge.

Why it matters: Having films and TV shows come to North Carolina is a big deal beyond celebrity sightings. Productions bring millions of dollars and jobs to the areas they film in. Bragging rights, too.

Big picture: North Carolina and Georgia are both popular east coast filming destinations with a bit of competition between them. Georgia now calls itself the Hollywood of the South, a moniker that stings people from N.C. — Wilmington, specifically — which called itself the Hollywood East about a decade ago.

North Carolina lost productions to Georgia since then over tax incentive cuts and HB2. Now the reverse is possible, thanks to Georgia’s S.B. 202, as some of Hollywood’s top directors have suggested they want to pull out of the state.

It would be the latest in a string of back and forth between the two states:

“I certainly think with the political dynamics coming out of Hollywood, they will not hesitate to make their displeasure known,” Catawba College political scientist Michael Bitzer tells us. “Certainly North Carolina has a history of at least appealing to TV and film studios to locate the state. This could be an opportunity for other states to get a bite of the apple — or in Georgia’s case, of the peach.”

State of play: We’ve already seen Georgia face backlash from corporations including the MLB, which announced its moving the All-Star game out of Atlanta because of S.B. 202.

Other major Georgia corporations including Coca-Cola and Delta Airlines have spoken against the new law.

The state’s film tax incentive leads production companies to choose North Carolina over other states, because it saves them money. The rebate program gives productions 25% of qualifying expenses back.

The governor’s office recently announced that the latest six recipients of the rebate will have an economic impact of over $134 million.

Yes, but: Many conservatives are skeptical of the real benefit of the film industry. Last year the Carolina Journal analyzed an audit from Georgia and found that the industry returned only 10 cents for every dollar of tax credit.

My thought bubble: Georgia is still a bigger filming destination than North Carolina, and that won’t change overnight, even with corporate pressure following S.B. 202. Georgia’s Department for Economic Development lists 63 productions as currently filming in the state.

Georgia’s production infrastructure, including Tyler Perry’s studio, which sits on a 330-acre lot in the heart of Atlanta, is strong. Access to tools like film stages and a readily available work force are other aspects that can make Georgia more competitive than North Carolina.

But depending on how great the corporate backlash is and how long it lasts, small shifts are possible. 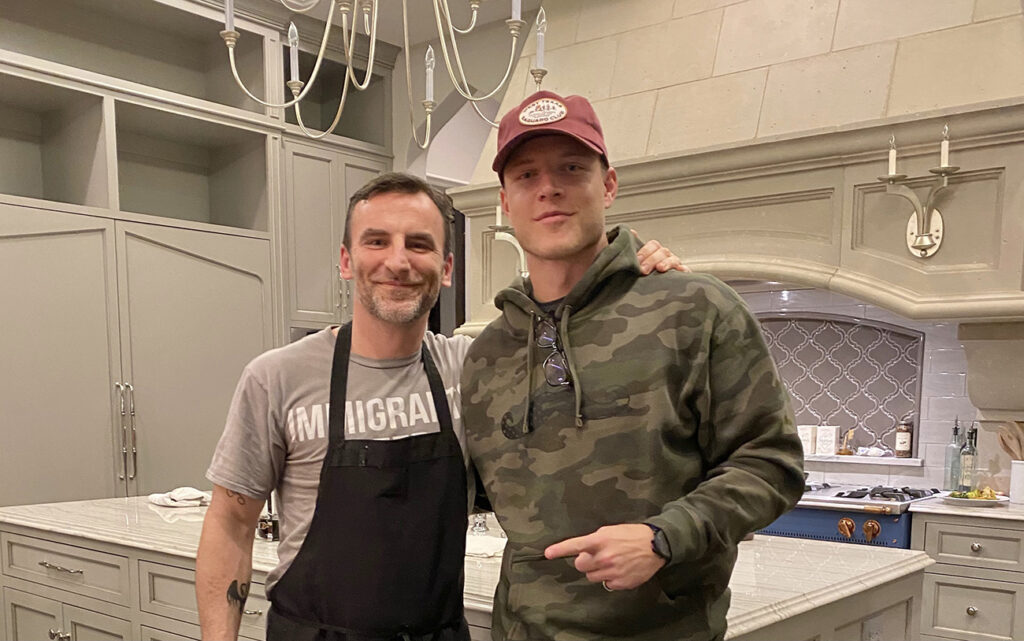 For $30, Christian McCaffrey’s chef will deliver a 3-course meal to your door