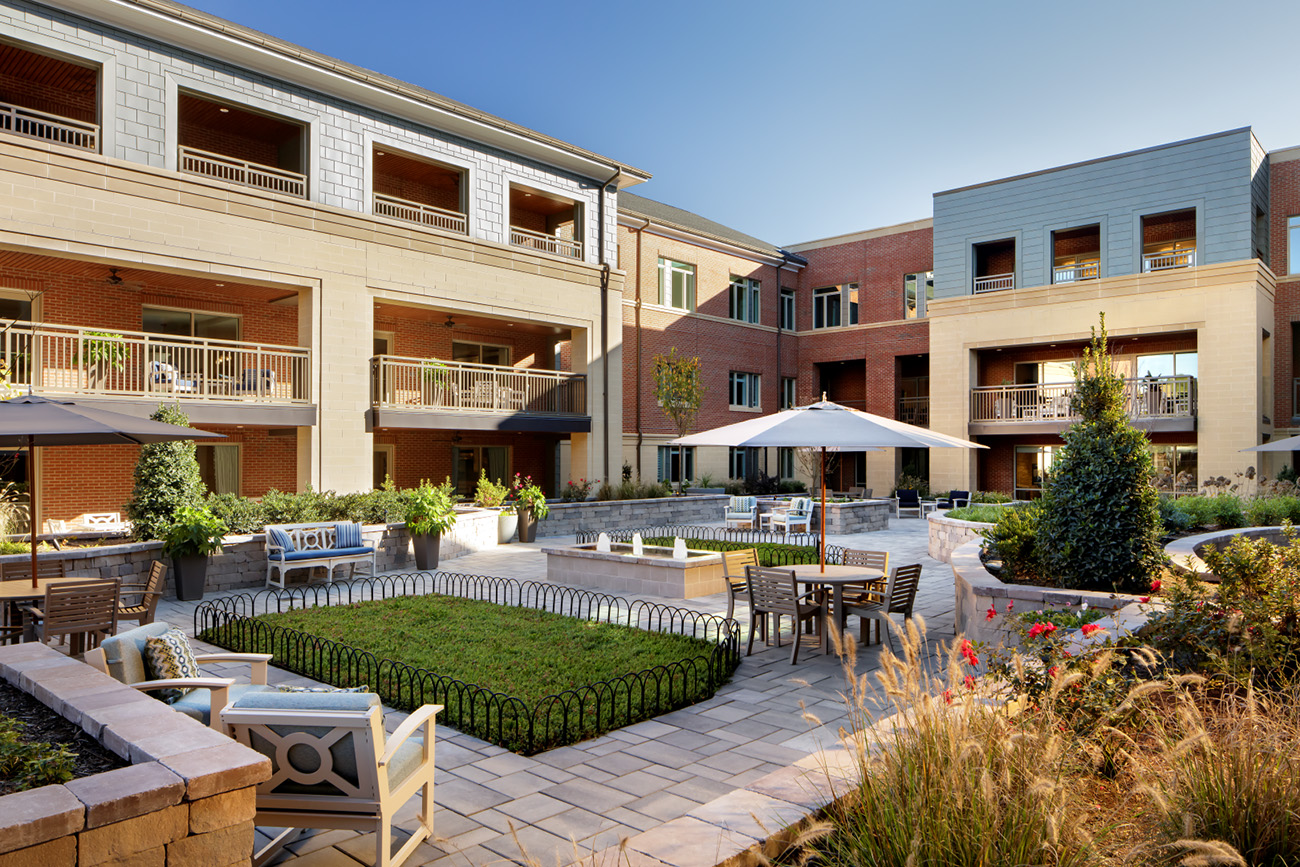 Photo: Courtesy of the Jewell Agency

Southminster quietly opened a $60 million facility last fall, during the heart of a pandemic, that might serve as one model for senior living in a post-COVID era.

The community’s new four-story Embrace Health building has two floors for skilled nursing residents — those who require assistance for daily tasks — arranged as four “small-house” communities.  Each small house has no more than 15 residents, all living in their own independent spaces.

Why it matters: Charlotte’s status as one of the most attractive cities in the country for millennials makes it also very attractive for their parents. The region ranks No. 1 for “Baby Chasers,” or Baby Boomers who are choosing to retire closer to their grandchildren, according to Meyers Research.

Southminster‘s had Embrace Health in the works for nearly 7 years: It’s part of a $120 million expansion that included the Terraces, an independent living apartment complex that opened in 2019.

The new facilities reflect how “life plan” communities are trying to reinvent each stage of the aging process for the new wave of seniors, with the goal of keeping them independent as long as possible, says Ben Bumgardner, the assistant administrator for Embrace Health, who gave me a virtual tour last month. 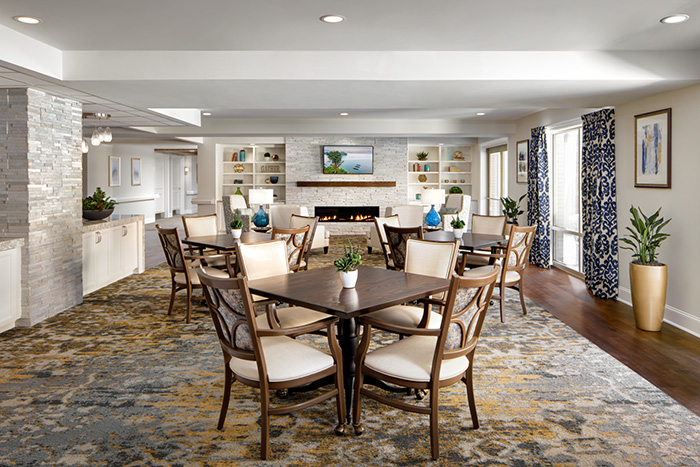 A dining area in one of the small houses. Photo: Courtesy of the Jewell Agency

The big picture: The year 2019 marks the first time in U.S. history that there were more people over the age of 60 than under the age of 18.

How it works: Embrace Health is of many efforts throughout the county to give seniors a way to stay connected while independent. It is Southminster’s adaptation of the small-house model founded in 2003 in Mississippi by Dr. Bill Thomas, who calls himself a “nursing-home abolitionist.”

Thomas’s idea was to house about a dozen to two dozen people in independent rooms in houses where they can socialize, eliminating the “congregate” nature. And each house has dedicated nurses who know the residents.

“The industry is built around servicing the largest capacity with the fewest people, so we’re [as an industry] warehousing the elderly,” says Stewart Wiley, Southminster’s director of marketing. “We really want this to be a light.”

The fourth floor, Providence, has 25 one-bedroom apartments for assisted living residents who don’t need the daily care from nurses. It has a restaurant called The Uptown that’s as fine as anything you’d find in center city. All but one of those apartments is already occupied.

The first floor of Embrace Health is operated by Levine & Dickson Hospice House, and has 12 beds available for inpatient hospice care. 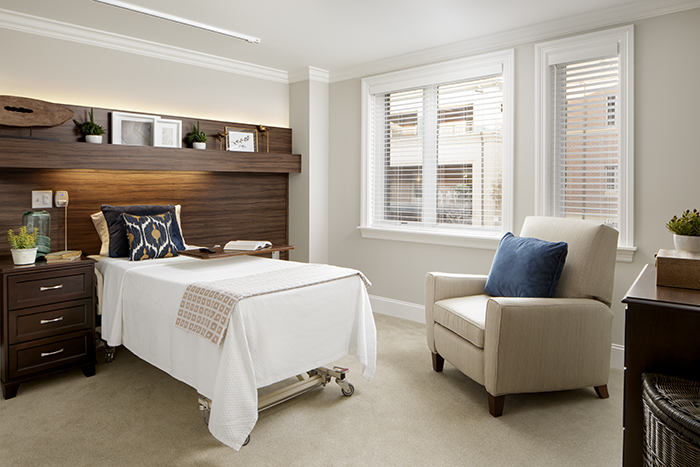 Cost: Of course, the biggest challenge is that care like this doesn’t come cheap. Southminster’s rates are between $245-$296 per day for assisted living, and between $369-$401 a day for skilled nursing.

When should you start looking? Wiley heaps praise upon other senior living communities in Charlotte, from Aldersgate to Sharon Towers, and says it’s a little like picking a college in that it’s about finding the right fit for you. But the key with any decision on life planning, he says, is to start looking while you or your loved ones are still healthy.

My thought bubble: I spent a good portion of the 2010s helping to take care of my father after a series of strokes. The last months of his life were a blur of sadness and staring down long white hallways, waiting on an overworked staff member to come help, wondering if there was another way. This seems like a whole different experience. 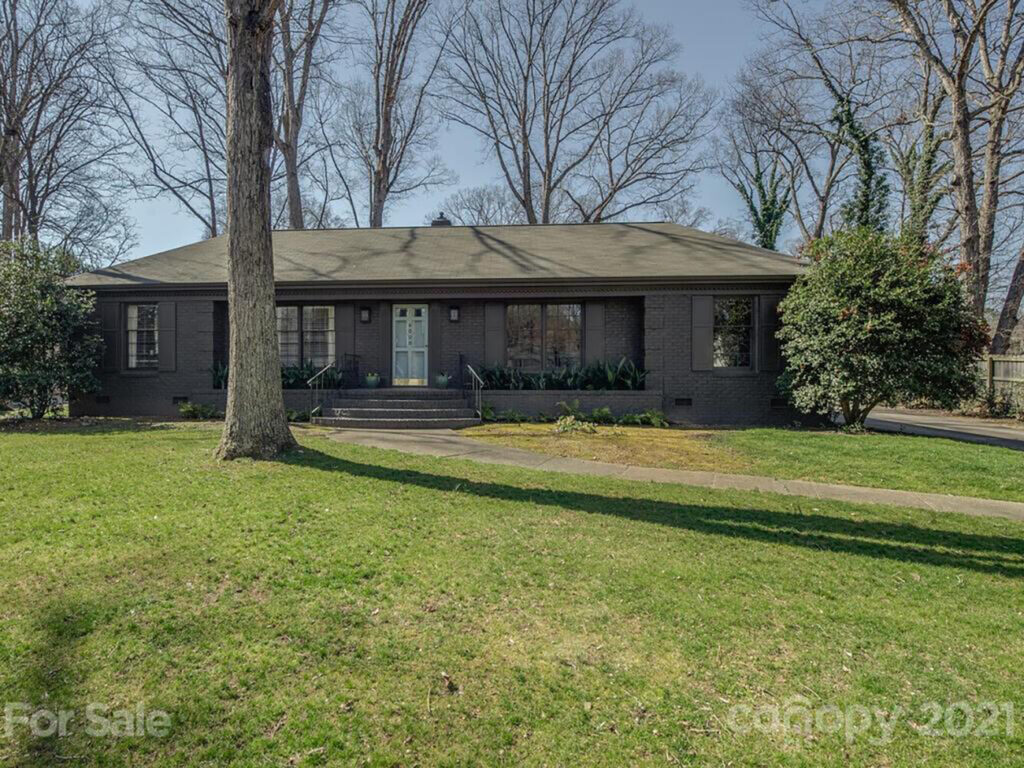 Hot homes: 5 houses for sale in Charlotte, starting at $360K