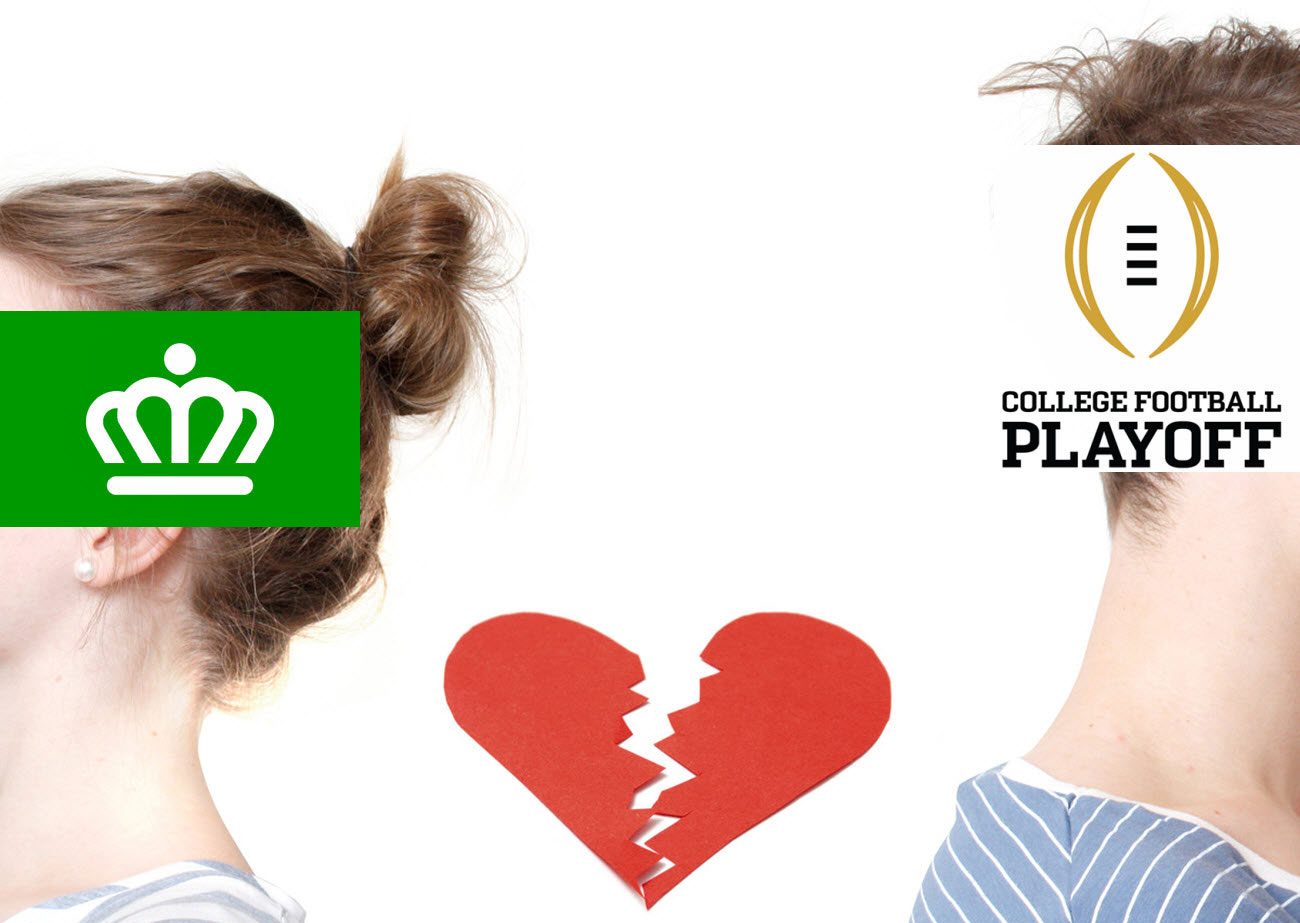 In case you missed it, Charlotte was passed over on hosting the NCAA football championship in 2019 or 2020. It’s always disappointing to miss out on something you tried to get, and there’s reason to be unhappy about it. When you aren’t chosen for something, you don’t receive the validation of being told you’re good enough, and it is human nature to be bummed at the idea there is someone better than you.

But what should Charlotte’s next move be after this rejection? Supposedly a big reason that we weren’t selected for this game was because officials were worried about the weather in January affecting attendance and the quality of the game. This can be solved by installing a retractable roof on The Bank, but is that what we really want? Those things are expensive, and we just paid $87.5 million to upgrade the stadium. I’m guessing a roof would be at least that, probably more. And we, the taxpayers, would foot that bill. So here we sit, having been passed over, head in hands, told we are lacking, and we are left with some choices. Do we try and fix the thing that we were told was the problem in order to try again when the selection process begins anew? That seems like a reasonable reaction. See problem, fix problem, redemption. But I don’t think that’s the right move, and that’s where High School You comes in.

In high school (or early college for you late bloomers), you probably had your first boyfriend or girlfriend. And unless you were one of those lucky* people to find your soulmate in your high school, that relationship probably ended. If you were on the short end of the breakup stick**, you may have been left with a reason or two that your former beau was moving on from your time together. You were too husky, your glasses were dumb, your Trapper Keeper was torn, or some such now-irrelevant reason. And High School You was pretty torn up about it, and probably obsessed on fixing whatever it was (duct tape on the Trapper Keeper! Good job Romeo), in the hopes of triumphantly marching up to your ex’s locker and announcing that the problem has been solved and you all can go back to being the star-crossed lovers you were last week. But chances are, even if you started parting your hair to the other side like she asked, fixing that problem didn’t make you more desirable. In fact, your attempted fix probably came across as a little desperate and pathetic, and counter-intuitively made you less attractive. This was sad. But it demonstrates a truth that applies to high schoolers, adults, all men, all women, any organization, and any city:

What makes you attractive is authenticity, security in your values and self-knowledge of what defines you. That quality is what makes you sustainably desirable to other people. It’s easy to get caught up in the details, going through a checklist of what other people want to see, but that checklist you’re given is always incomplete. Because people are terrible at articulating what they want. What people really want is authenticity that comes through in your outward presentation. A list of the qualities of that presentation is just trivia.

For high school you, what this means is that when Betty Sue tells you that your shoes are too ragged, the immediate solution shouldn’t be to buy new shoes, it’s to think about how important shoes are to you. If you realize “hey, she’s right, I really like fresh looking shoes”, then do what you can to upgrade your kicks and see if Betty Sue notices. If so, great, problem solved. But more than likely, you’ll realize that you don’t care about what your shoes look like. They’re comfortable and you like how they look. And hopefully you’ll realize that Betty Sue can go pound sand if what is most important to her is nice-looking shoes. And now that you’re focusing on yourself and discovering what you like, how you want to spend your time, and what qualities are important to you in the people with which you spend your time, you’ll find that you’re attracting the attention of others, who happen to be way less shallow than Betty Sue and way into the same stuff you’ve found out that you are into.

For the city of Charlotte, this rejection by the College Football Playoff site selection committee doesn’t mean we should immediately set to work on how to finance and build a new stadium or a retractable roof that will enable wintertime games to be played without weather being a concern, and thereby please the committee. Rather, this is an opportunity to reflect on what is important to Charlotte and decide what we value in the types of events that we host. Hosting large national events like the Super Bowl bring a worldwide focus to our city, but also come with considerable cost. Instead of focusing on the checklist given to us by large events, it’s far more important right now for Charlotte to be the best Charlotte possible, and let our craft beer culture, immaculate Uptown, awesome AAA ballpark, quaint but functional transportation, and modern southern charm speak for itself. Once we’ve settled on our identity and know what makes us one of the best cities in the nation, large events like the College Football Playoff will be falling over themselves to host their events in our fair city.

I’m not saying that the Charlotte Sports Foundation should rest on their laurels and wait until the NFL calls offering the Super Bowl. But the next step forward for the city to attract a large event (sporting or otherwise) needs to be in the direction that our community decides to go, not in the direction we’re told will please the organizers of a large national event. 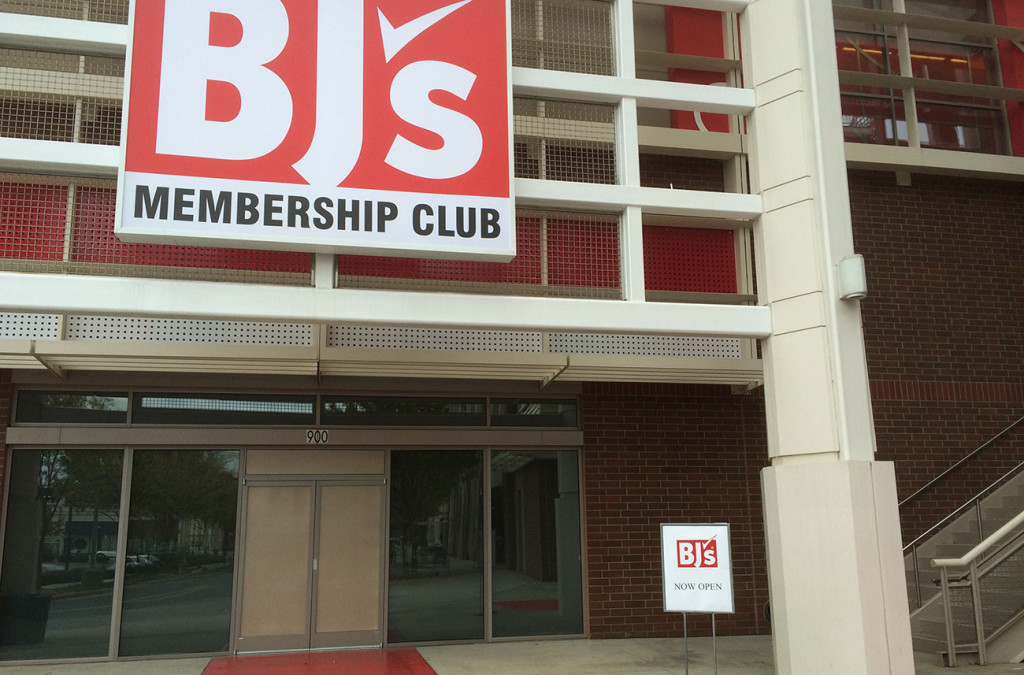