Where they stand: 2021 Charlotte brewery openings 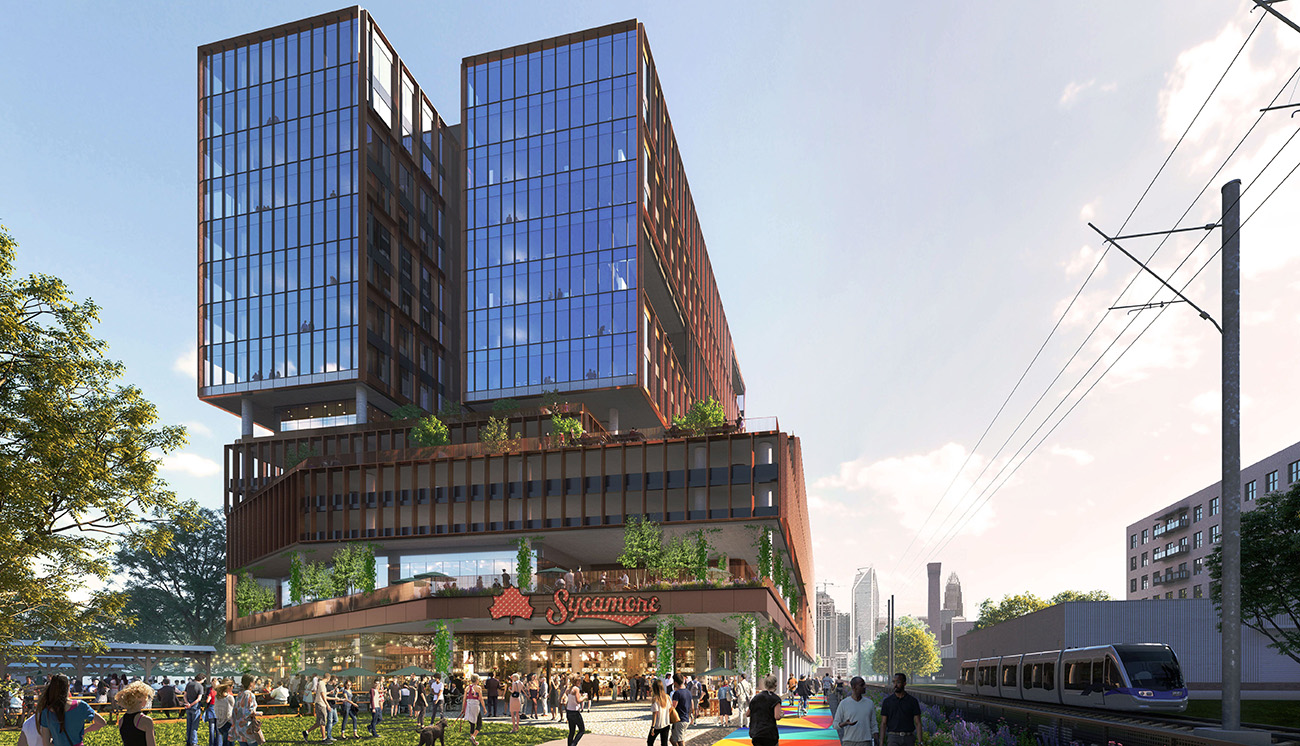 Charlotte has more than 30 breweries — and more continue to open despite a pandemic. Here’s a list of 10 breweries that plan to open this year, with two bonus breweries for 2022.

[Catch up: Complete list and map of Charlotte’s 30+ local breweries, plus the most popular beer at each]

Editors note: This list was originally published in March 2021 and updated in December.

Quick background: Two engineers and a doctor opened D9 Brewing Company near Lake Norman in 2014, and it quickly gained a reputation for its sour beers.

New concept: The new outdoor brewery with a beer garden and concert pavilion will be next to Savoy apartments in Uptown. D9 Uptown will also have a 900-square-foot “indoor craft lounge” serving specialty beers, pastries, and tasty coffee through a partnership with Javesca Coffee Roasters, which was founded in Charlotte and has a mission of giving back. 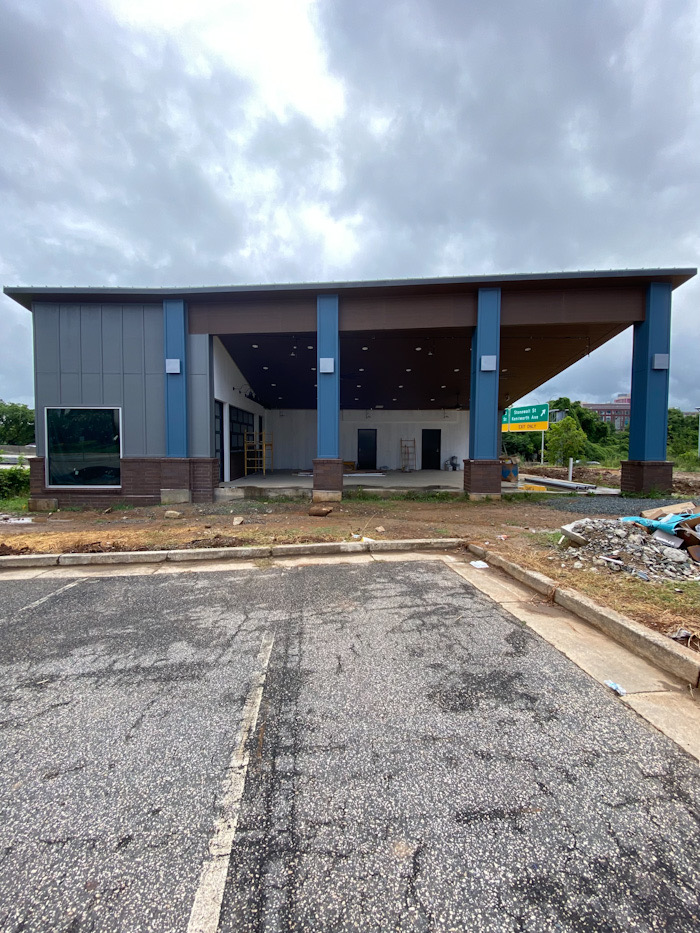 Coming soon: Their taproom on 1214-1216 Thomas Ave won’t open until 2022. Until then, the brewery is offering weekly release pickups every Wednesday – Friday from 4-8pm and Saturday – Sunday from 1-8pm, according to their website.

What to expect: The taproom will have an indoor bar area, outdoor beer garden and a rooftop deck. Beer enthusiasts can expect a wide selection on tap including barrel-aged sours, stouts, wild ales and rustic lagers. Co-owner and Burial COO Doug Reiser describes his vision of the bottle shop as being a “farmer’s market of beer.” 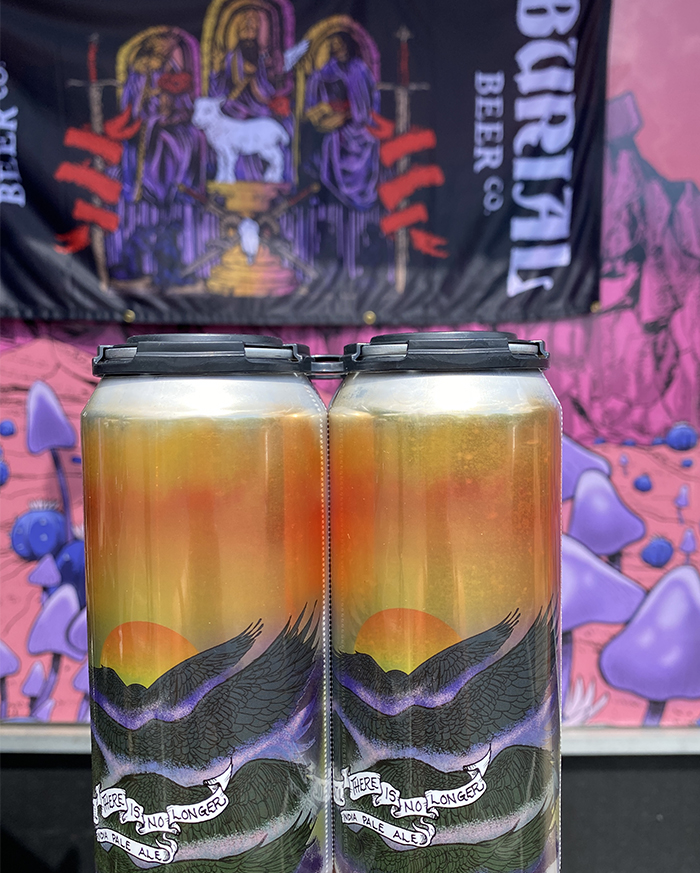 What to expect: This will be Legion’s third and largest location so far after opening its original Plaza Midwood location in 2015 and a second at Capitol Towers in SouthPark. The space will include expanded production space, a taproom, a biergarten, a courtyard and a full food menu. 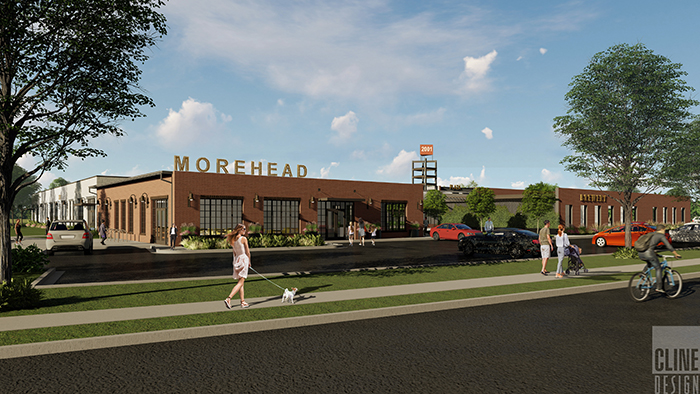 Overview: The concept along the rail trail comes from the team behind Legion Brewing. Expect indoor and outdoor seating, a second-floor mezzanine, and patio with unobstructed views of Uptown.

“I love South End, and to be able to bring the Trolley Barn Fermentory to this hip vibrant area of Charlotte is so exciting,” said Legion Brewing owner Phil Buchy. 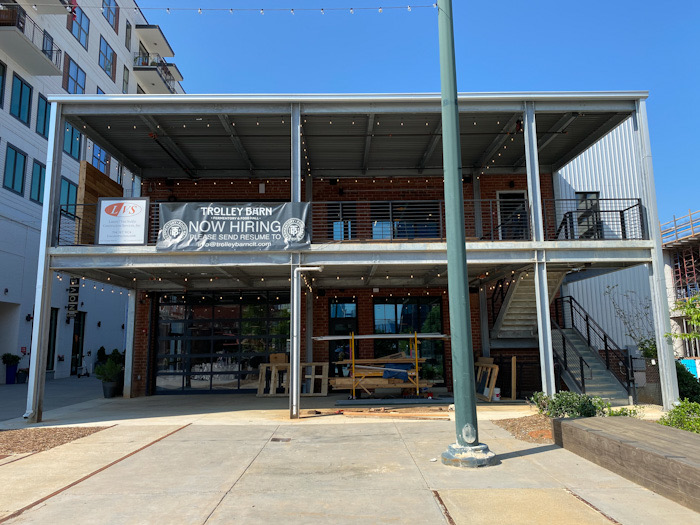 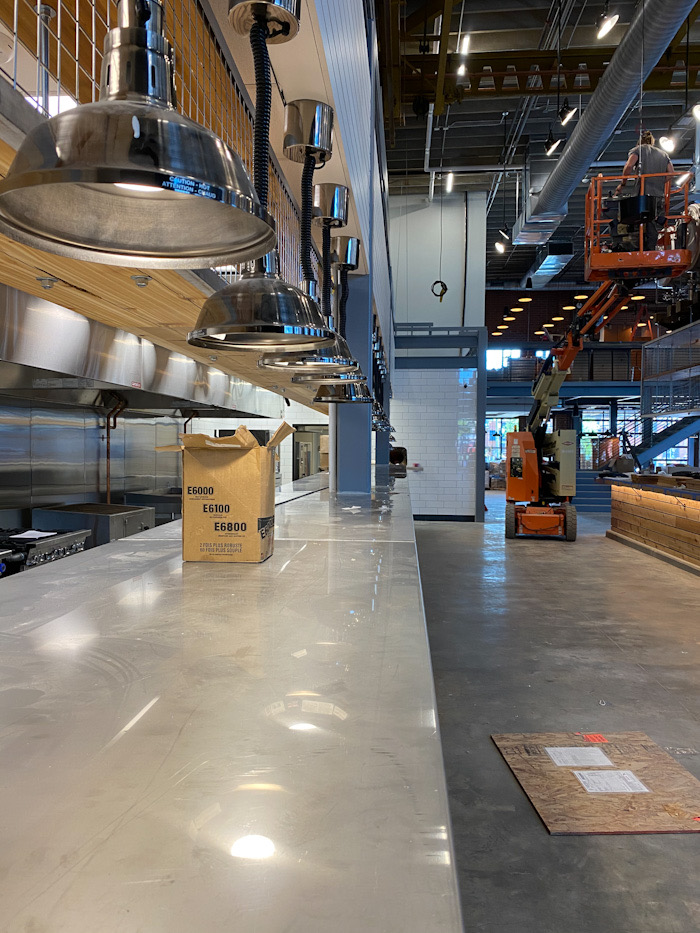 What to expect: The 10,000-square-foot brewery and restaurant will have an expansive 3,000-square-foot patio with skyline views and string lights. The taproom will connect directly to next-door neighbor Summit Seltzer so you can bring your seltzer into Midnight Mulligan and vice versa with your beer.

The beer: Midnight Mulligan will launch this fall with six beers brewed in-house, plus some collaborations. In addition to IPAs, it’ll offer lagers, sours, stouts and a variety of seasonal beers.

[Read more: Brewery and restaurant with skyline views opening next to Summit Seltzer] 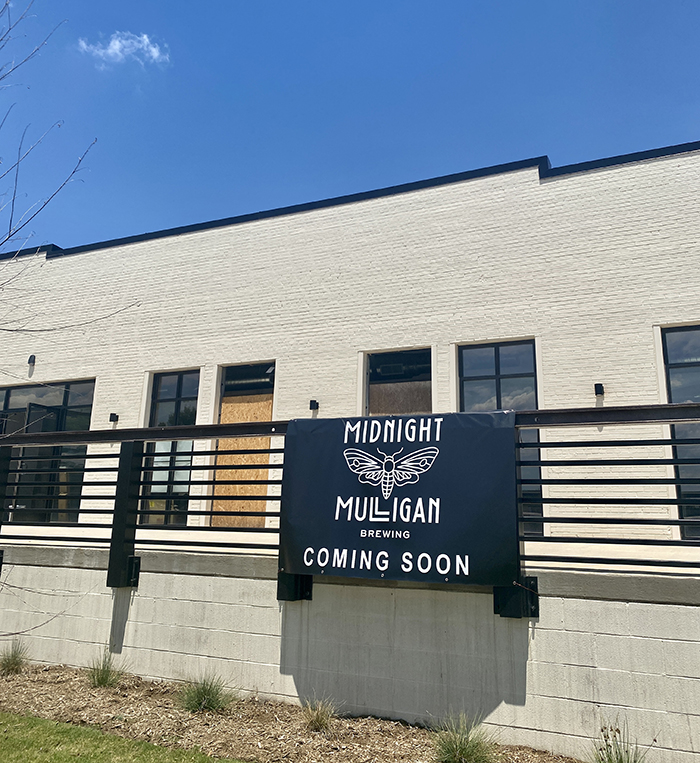 A temporary sign is up outside Midnight Mulligan Brewing. Photo: Emma Way/Axios

Catch up: Unknown Brewing announced in June it would be phasing out operations in all business lines except its widely distributed ginger ale and be taken over by Rocky Mount-based HopFly Brewing.

What’s next: Unknown’s taproom might be closed but you can still grab their beers at Community Brewing Ventures.

What to expect: The space will be HopFly’s production facility and taproom.

On tap: Known for its IPAs and lagers, HopFly will have the choice to carry on the Unknown brands, 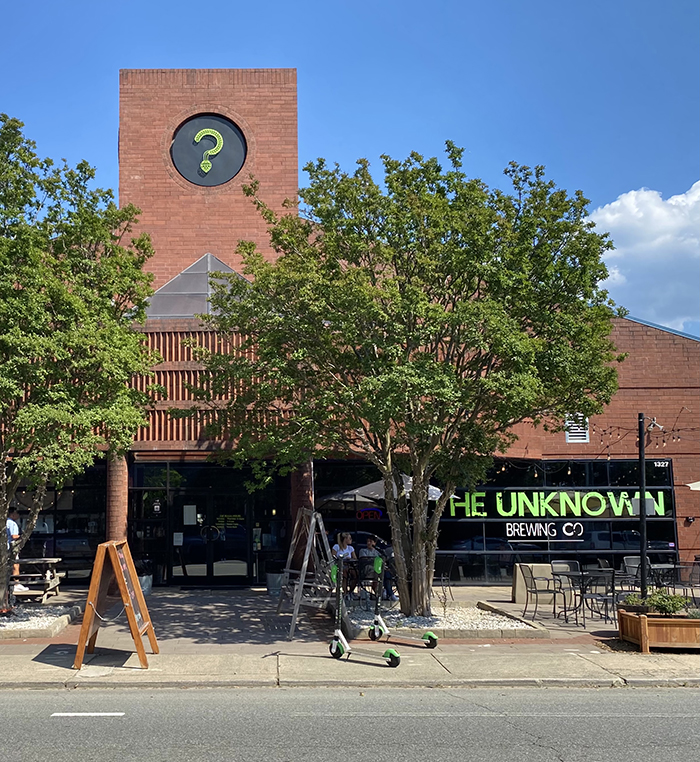 On tap: Pilsener is Gilde’s flagship beer, but the selection includes wheat beers, a lemon radler, and other authentic German beers. 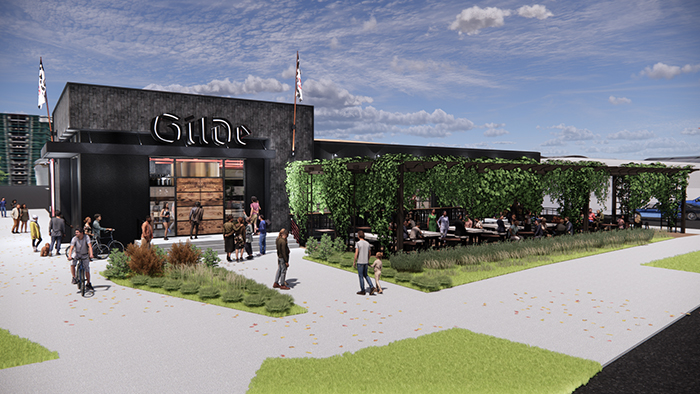 What to expect: This new location will have multiple levels, a patio and event space. In this new venture, Resident Culture will be partnering with the popular breakfast taco pop-up Chilito Taco and Mostra Coffee. 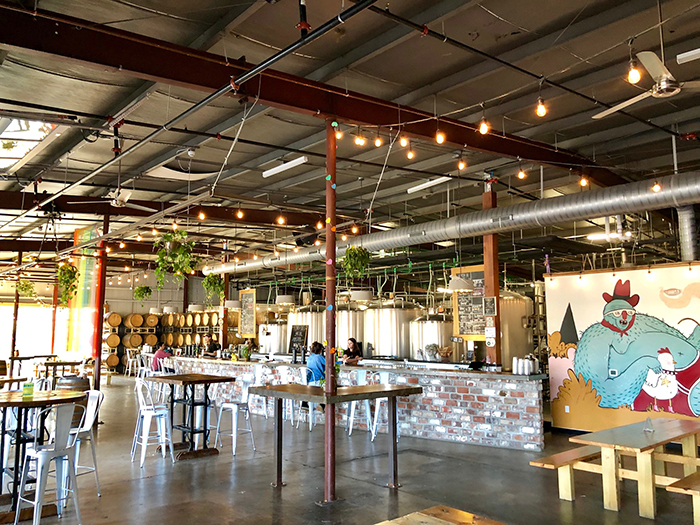 What to expect: Sycamore Brewing has plans to relocate from its current location at 2161 Hawkins St. to a new 16-story development, called The Line, directly across the street. While Sycamore is the only tenant to sign to the project, the complex will also be occupied by restaurants and retail, office spaces, and multiple rooftop terraces. 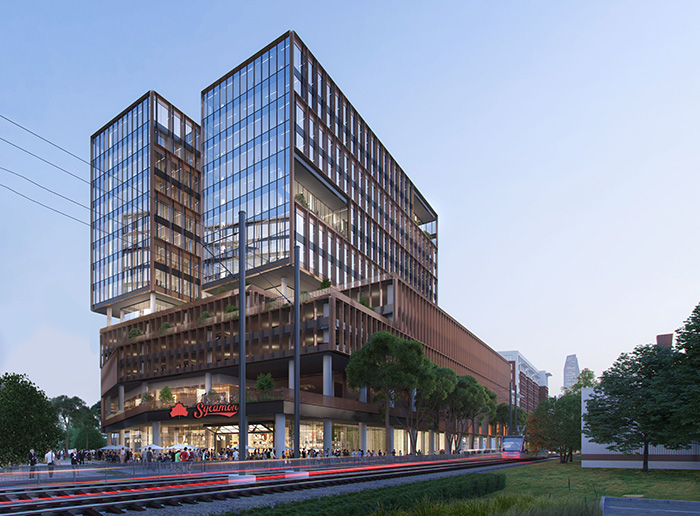 Coming soon: Early 2022 at the new 1800 Central building next door to Harris Teeter.

What to expect: It’ll have a variety of styles of beer, including a few light, fruity options. There’s no food menu, but expect regular pop-ups from food trucks like Hot Box Kitchen, the street food concept owned by Michael Bowling, which has a permanent location inside Southern Strain’s Concord brewery. 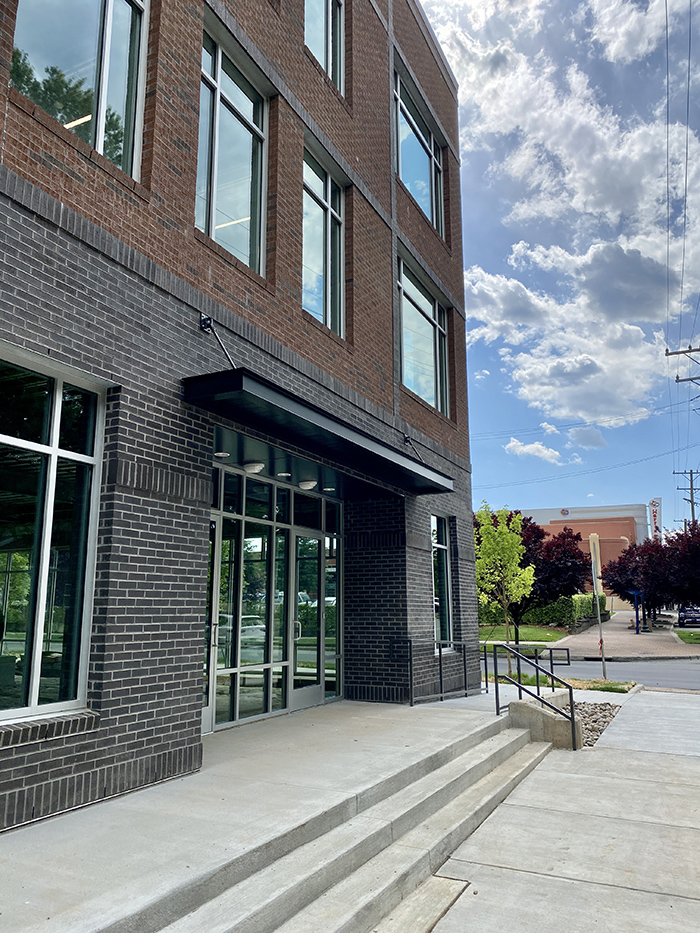 What to expect: The two-story brewpub will have an enclosed penthouse space, plus a nearly 10,000-square-foot rooftop deck.

On tap: There will be at least 20 beers on tap, plus coffee and a full food menu centered around Saucy’s New Haven-style pizzas (thin-crust, coal-fired).

Drink this: The most popular beers at Saucy Brew Works are “Juicy ASAP” and “Love You, Bye,” a hazy Imperial IPA, according to Untappd.

[Read more: Ohio’s Saucy Brew Works to expand in Charlotte with a huge brewpub and Airbnb]

What to expect: It’s a brewery community. Since OMB owner John Marrino purchased the land three years ago, he’s partnered with Northwood Ravin to include a mixed-use community that will surround the brewery and biergarten.

[Related story: OMB’s plans for Cornelius just got much bigger]

6 things to know before flying from Charlotte this Thanksgiving