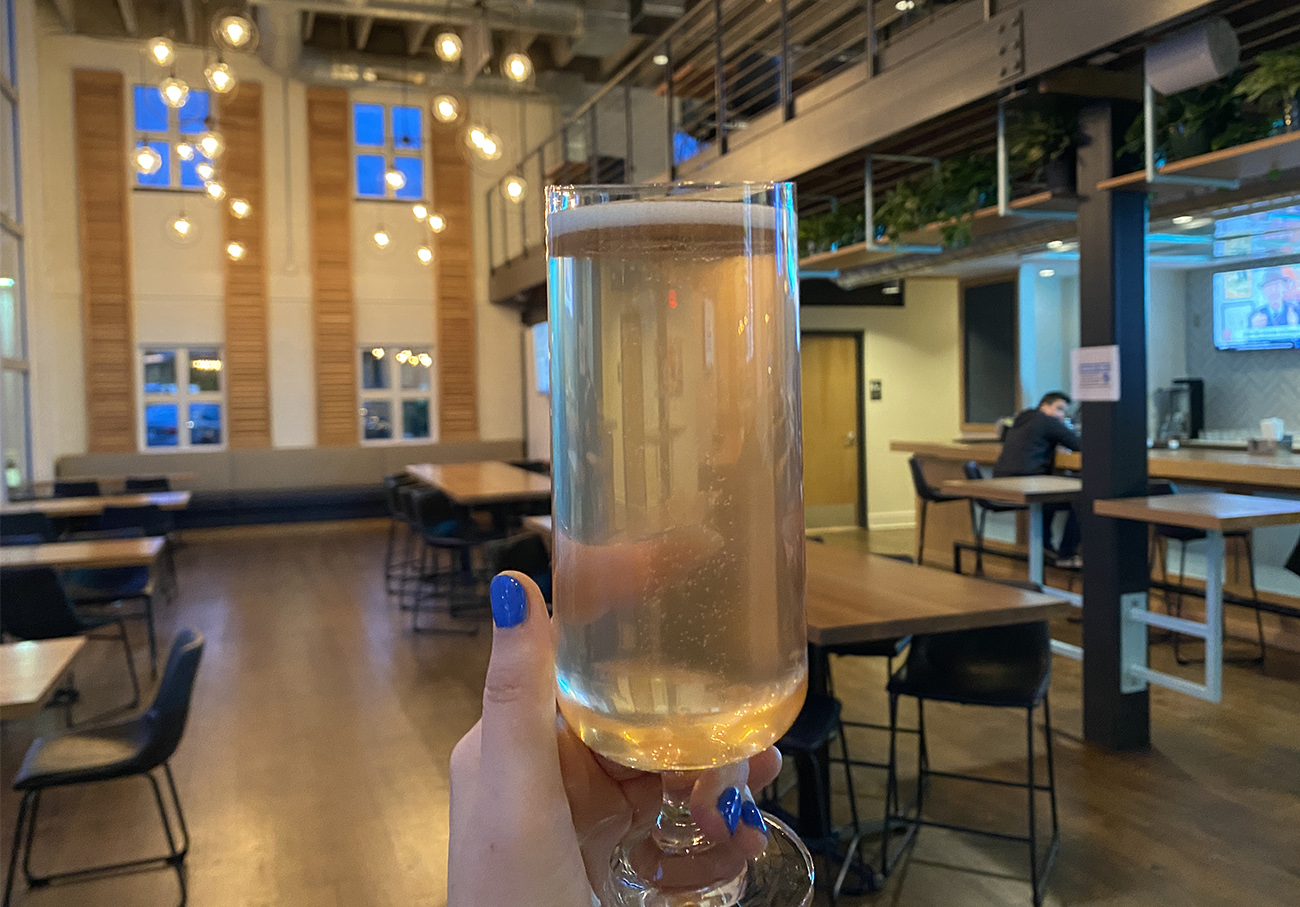 Asheville may be known as Beer City USA, but Charlotte is certainly in the running for the Seltzer City USA title.

The big picture: Charlotte is home to one of the nation’s few spiked seltzeries, and the East Coast’s first: Summit Seltzer. Add to that, local breweries like Sycamore and Fonta Flora have started to add spiked seltzer to their roster.

The state of play: Summit Seltzer owner Kristin Cagney has seen the intense demand since opening in September, even at reduced capacity due to COVID-19. On warm days like today, there’s often a line of people down Thrift Road waiting to get in.

At Sycamore Brewing, customers aren’t just there for the beer anymore. They’ve come to try BUBS, the brewery’s new spiked seltzer line, which was also behind the viral “77” marketing campaign last week.

Spiked seltzer has gotten so big, Charlotte will host not one, but two festivals dedicated to the beverage this spring.

Sycamore co-owner Sarah Brigham says hard seltzer has seen such a boom in popularity because it’s lighter than beer. “I think the healthy lifestyle component is huge,” she says.

What’s next: Spiked seltzer is about where beer was 10 years ago in Charlotte. OMB, Birdsong and NoDa Brewing were just in their early days. Now, Charlotte has more than 10 times as many breweries within city limits.

Cagney has received a number of calls from folks in other cities looking to open a spiked seltzer brewery, but no one in Charlotte yet. “We have 2.5 million people here. There’s room for more,” she tells me.

Because seltzer is still in its early days, Cagney says she can experiment more with flavors, unlike sticking to defined categories for craft beer like IPA or pilsner. At Summit, she’s had a Cheerwine seltzer and a peach ring seltzer made with real peaches.

“It’s just a fun drink,” she says. “It’s the spirit behind seltzer. It’s a summer drink and people are finally seeing the sun again,” both in terms of the weather and the light at the end of the tunnel in the pandemic.

Here are 8 Charlotte spots to get spiked seltzer (beyond White Claw from the grocery store).

Listed in no particular order.

Summit has a rotating list of craft seltzers brewed in-house, plus seltzer cocktails. Protagonist’s two locations in NoDa and Lower South End just have one flavor on tap for right now (strawberry), but expect more as it gets warmer. 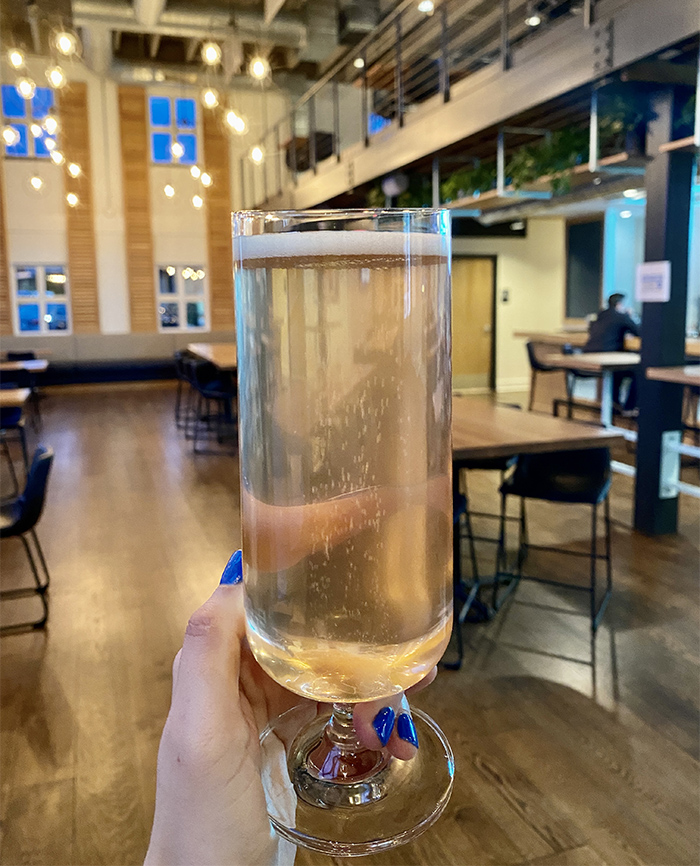 Sycamore now has its own spiked seltzer line called BUBS. Each can is just 77 calories and comes in flavors like pink cherry lemonade and juicy peach. They’re available for delivery, from local grocers and in Sycamore’s taproom.

Morganton-based brewery Fonta Flora has a taproom in Optimist Hall, which carries the brand’s line of spiked seltzer called Topsy. Canned flavors include ginger and lime and rosé, as well as rotating seasonal flavors. 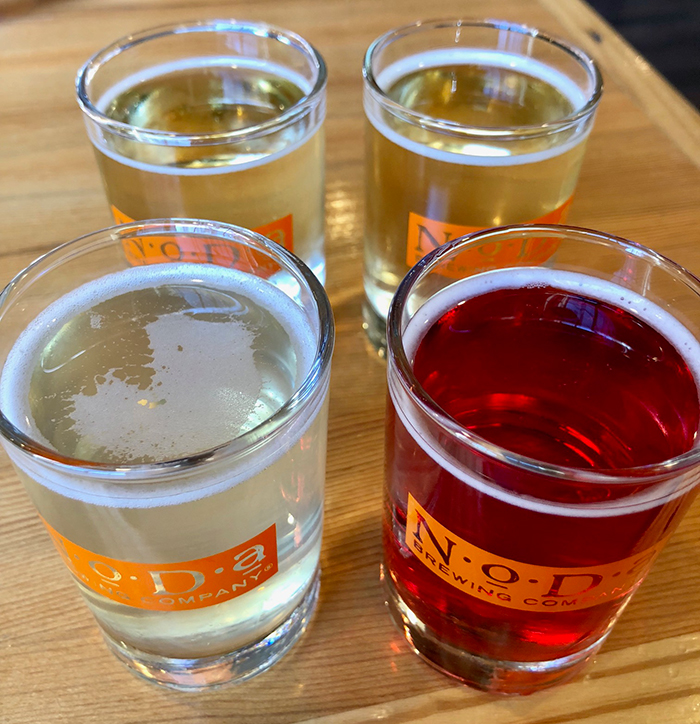 The Lower South End brewery has Bold Rock Hard Seltzer on tap in a variety of flavors like berry, cucumber melon, grapefruit and passionfruit. The pandemic has crushed foot traffic at Charlotte malls