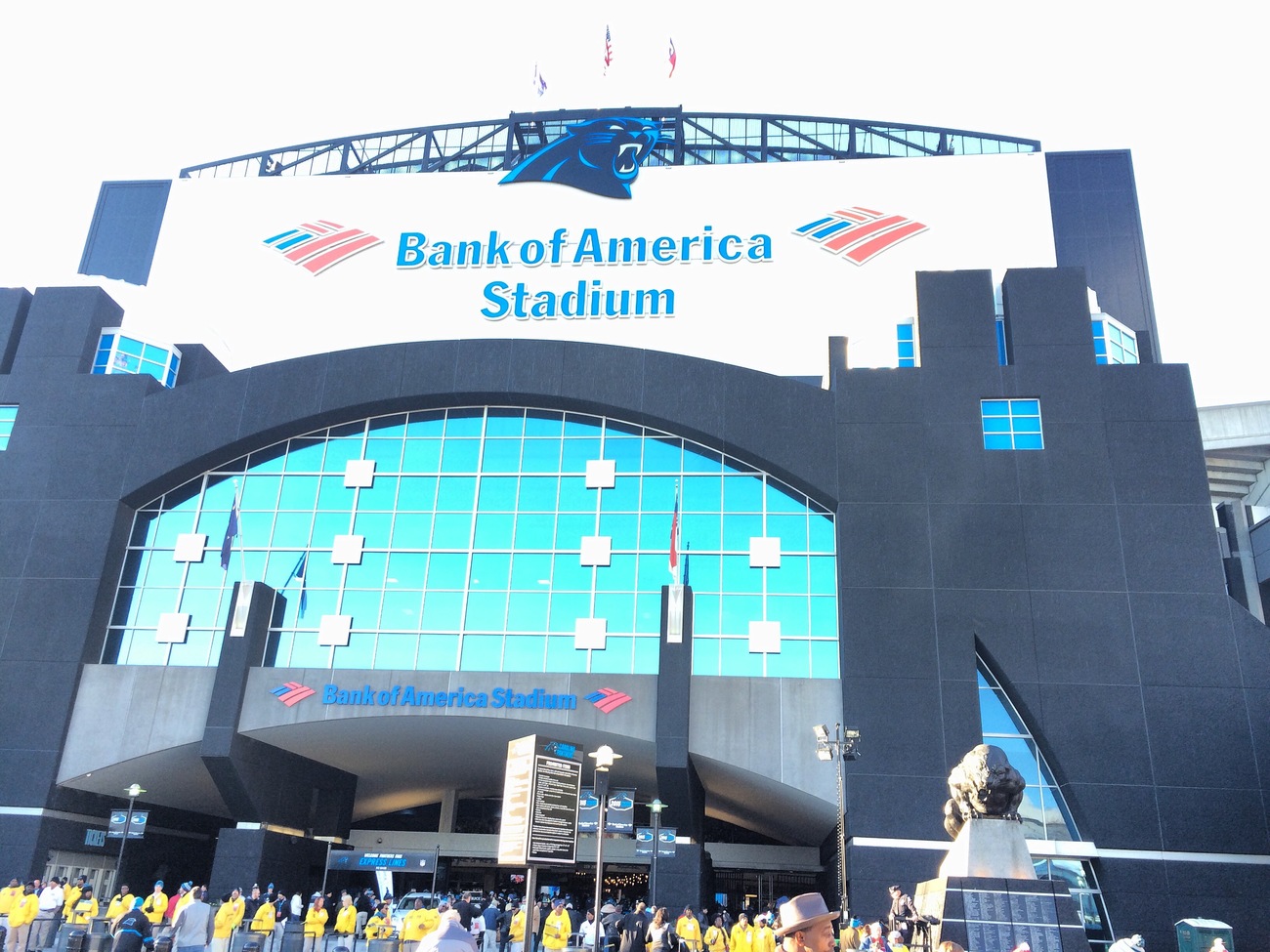 There are lots of great opportunities to tailgate in Charlotte. Panthers games. The Belk Bowl. A Hounds Game at Memorial Stadium. A Charlotte Rollergirls bout. Your daughter’s piano recital. A great tailgate is comprised of a group of good pals, some cocktails enjoyed responsibly, and of course 90,000 calories of meat, cheese, and fried things. It’s truly an American institution.

Along with a litany of great events at which to tailgate in Charlotte, area restaurants provide a ton of options in the form of tailgate packages from which you can choose. I highly recommend letting the pros handle the cooking at your tailgate for two very simple reasons:

(1) Logistics: You pick up the already-prepared food the morning of the tailgate and are provided everything you need in disposable containers, which means no lugging your mom’s chafing dish, a grill, charcoal, and lighter fluid to the parking lot. And not having to carry uncooked hot dogs means more room for Mad Dog and Fireball in the cooler. You maniac. There are kids around.

(2) Food Quality: I know you’re convinced that the Johnsonville bratwurst you undercooked on the Weber grill it took you 40 minutes to light is as good as a barbecue sandwich from Midwood Smokehouse. But deep down you know you’re wrong, and more importantly I know you’re wrong. Just admit it.

So now that we’ve established ordering out is the way to go, which tailgate package should you choose? Luckily, your old pal TW is here with a sophisticated, analytical power ranking to help you make this important decision.

Let me preface these rankings by saying that any of the places on this list are great options. Normally when people say that, they’re lying and just trying to be nice, but that’s not the case here. If you show up to a tailgate with a tailgate package from Price’s Chicken Coop, the 7th-ranked restaurant on the list, you will be hailed as a hero and your friends will probably carry you into the stadium. There seriously isn’t a bad option here.

To arrive at the Power Rankings, I graded each tailgate package on three criteria: price per person, value/quality of main dish, and value/quality of sides. I weighted each of these criteria to assign the highest value to the main dish (40%), and I weighted price per person and sides at 30% each, since the main dish sets the tone of the package. The result of these grades and weightings are the TW Power Ranking, an overall score that crowned our winner. I know you’re hungry so let’s get to the rankings: Price’s doesn’t offer a “tailgate package” menu item, but they are more than equipped to handle your large volume order of chicken. I’ve ordered upwards of 14 birds at once from them before, and they have it down to a science. They give you a foil-lined cardboard box but they’re savvy enough not to cover it. This means the chicken stays crisp and doesn’t get all soggy. Genius.

For this exercise, I pieced together my own a la carte “package” from the menu of two whole chickens and sides. As great as the chicken is at Price’s, their sides are just okay compared to the other places on this list, and ultimately that’s why they weren’t ranked higher. But again, Price’s is amazing and you should eat there every single day. They just happen to be #7 on this particular list.

Update: Local Beer King Matt McKenzie pointed out an egregious oversight on my part. While picking up Price’s Chicken Coop chicken is great for your tailgate, what is even better is having it brought to you while you tailgate. This is the pinnacle of exorbitant convenience normally associated with the heyday of the Roman Empire. Local beer startup (are there three trendier words?) BrewPublik partnered with Price’s to deliver four pieces of chicken, cole slaw, tater rounds, hushpuppies and a roll, directly to your tailgate, for $10 per serving. That’s unbelievable convenience. This is absolutely your move if you’re a slacker, or if you woke up late on a Sunday from your tailgate at a UNC Charlotte football game the day before.

This one was tough to nail down. This package is massive. If you are feeding a huge crowd, this is probably the package you should order. In my humble opinion, Mac’s barbecue is just okay, especially relative to the others on this list, which is why they earned a 7 on Main Dish. They do have great sides, and two half-pans of sides is a ton of food, earning them an 8. I also can’t wrap my head around transporting this much food. I feel like you’d need to rent a U-Haul just to get it to the stadium. Bo Knows Tailgating. So much so, they have three tailgate packages as standard menu items, which allows you to choose which one is best for you depending on how many friends you have. The Jumbo Tailgate package gets you 20 pieces of chicken, 10 biscuits, 4 sides, and a gallon of sweet tea for under $40. If you’re looking for value and low cost, then this wins in a landslide. However, compared to the other tailgate packages, the serving sizes of the sides are kind of small, which if you’re truly trying to feed 10 people means that not everyone gets a taste, which can lead to issues when your rowdy crew is 8 Miller Lites deep. WHY’D YOU EAT ALL THE MAC AND CHEESE GLENN YOU ALWAYS DO THIS.

This is another one that doesn’t offer a “tailgate package,” instead offering to build a custom package for you if you call their catering number. Because I enjoy their food and wanted to include them in these rankings, I tried to build a similar package to the others using the catering menu, and I think it’s comparable, but I’d like to give them a special Miss Congeniality-esque prize for flexibility. If you have a tailgate group with diverse tastes, then Queen City Q is the call you have to make. You can structure your tailgate package to the specific requirements of your friends, or if you just want a wide variety of their excellent appetizers rather than a giant plate of meat and some sodium-soaked vegetables.

I’d like to take this opportunity to point out that the top 3 in these rankings are separated by a meager 0.27 points, which for those of you who don’t math good, means very little separates them. What dropped Midwood in the rankings is their higher cost per person, even though they earned the highest score of any main dish with three pounds of their fantastic pork barbecue. At $8.50 per person, that is still pretty reasonable for all the food you get, so if your crew is comprised of doctors, lawyers, and investment bankers who can spare the extra bucks, then this is the package for you. Also, I hope your tailgate is far, far away from mine. Rich people make me nervous.

It’s kind of shocking that Sauceman’s tailgate package is only $38. You get two pounds of pork, slaw, beans, potato salad, buns, and sweet tea. The package really does only feed six people, but I think that’s only because the food is so good that everyone eats more than they normally would. True story, I’d never had “red” coleslaw before I had Sauceman’s and it completely changed my opinion on all things slaw. I am a total red slaw convert, singing in the red slaw choir on Sunday mornings before picking up my Sauceman’s tailgate package and heading to The Bank. To eat red slaw.

The place with the best barbecue in Charlotte proper also offers the best tailgate package. If you want fantastic barbecue and hush puppies at your tailgate for a reasonable price (like any red-blooded Carolinian should), then Bill Spoon’s is your spot. No chipotle-goat-cheese-jalepeno-grits as a side here. Just the very best pork, hush puppies, slaw, and sweet tea in the city. Nothing Could Be Finer.

Happy tailgating everyone. If you’d like to print out my power rankings, laminate them, and keep it next to your corded phone for easy reference, we’ve included a handy PDF version here. 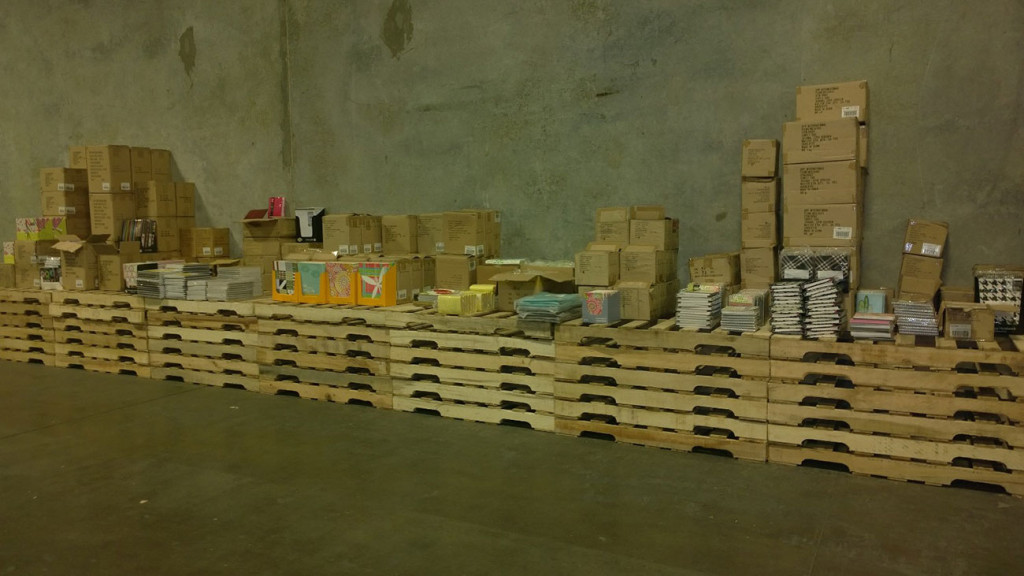