Remember the development plans for the Food Truck Friday lot in South End? They were released earlier this month and the overwhelming majority of people seemed to be very unimpressed with what is driving Common Market off the block. Among those opposing the plan was our own Jason Thomas who wrote a thoughtful critique and call to action urging the developers to reconsider.

Just last night Jason got an update that Dimensional Fund Advisors and Cousins Properties have changed their plans. One of Jason’s biggest concerns was that the retail space would be located in a back plaza, making it less accessible to the public. Revised plans suggest that is no longer the case. The new plans show the design expanded to the street with street-facing retail, which will add to Camden’s walkable appeal. There will also be retail on the bottom level of the parking garage. Big deal.

Charlotte’s Brüks Bars lands a deal with Whole Foods [Smith]
Brooke and Sean Muldoon have been working for 10 months to get their vegan bars into Whole Foods. Their hard work paid off and they’ll be hitting the shelves at the SouthPark store on Saturday. They’re found in 70 retail stores and also recently signed a deal with three stores at the Charlotte airport. Congratulations!

Here’s what’s coming to the Pepsi plant site on South Boulevard [Dunn]
The Pepsi plant, which has been here since 1938, is moving up to Harrisburg in March 2016. It will be replaced by 350 apartment homes, ample green space, retail space and a parking garage. They’ll be breaking ground in June or July with a target completion by mid to late 2018.

Everything you missed at Red Ventures’ announcement regarding their massive new campus, RV4 [Williams]
RV purchased 120 acres surrounding its current 39-acre headquarters. The first 46-acre build out, known as RV4, will include a 6-story tower, ballroom, auditorium, outdoor amphitheater and more. It will be completed Q2 2017. Ted gives a minute-by-minute recap of the groundbreaking ceremony, all the way down to the yogurt he ate and the bottle of water he stole.

Insight: The Carolina Theater renovation, why it works [Thomas]
Jason wasn’t too thrilled with the initial plans for the revamped Carolina Theater but after learning more about the bigger picture he’s on board with the mix of modernization (a large glass lobby) and historic preservation (restoring the stage to its original design). See the plans and his take on what’s coming in 2018.

Work life of Jason Hausman, founder of Hot Sakē [Piscitelli]
Jason is an Emmy Award-winning composer, sound designer and the owner of Hot Sakē, a studio that creates sounds for video games, films, commercials, toys and more. Pretty interesting gig. Sometimes he commutes in silence to give his ears a break, he likes Vietnamese and Thai food, he’s “fairly aggressive” with his social media use and he trains falcons (no kidding). Learn more about how Jason moves through his work day.

5 South End furniture stores to check out before you buy another assembly-required IKEA nightmare [Levans]
I didn’t know there were so many furniture stores piled on top of each other in South End until I had already wasted my life at IKEA. Save your sanity and check out these five spots for new, consigned and custom-made home furnishings. There’s even a lamp shop that will turn your favorite wine bottle into a lamp.

JJ’s Red Hots to host 4th Annual Sausage Fest on Saturday, November 7 [Williams]
Of course JJ’s is hosting a sausage fest. Tickets are $5 for kids, $10 for food only, $25 for booze only and $35 for everything. You get unlimited house-made sausages as well as access to the pickle bar, chowder station and chips. They’ll have live music, games, giveaways and more. Kid and dog friendly.

10 Duke Energy summer internships, open right now [Williams]
Duke Energy is already recruiting summer interns and from the looks of the program descriptions, they’re going to put you to work. Check out openings in IT, project management, operational security, engineering and more.

The Weekender: 20 things to do this weekend (November 6 – 8) [Williams]
You should not have a dull moment this weekend. On Friday alone, you can hit up a tour at Doc Porter’s Distillery, bar crawl your way through craft brews at the EpiCentre, catch the Improv Charlotte comedy show or hit up Food Truck Friday and the South End Gallery Crawl. See options for the rest of the weekend.

Belk shareholders voted on acquisition [Thomas/CBJ]. They approved a $3 billion sale with New York-based Sycamore Partners. The sale has passed all regulatory approvals and is expected to close later this month or in early December.

Charlotte will not be hosting the college football championship [Spanberg/CBJ]. Instead, games will take place in Atlanta in 2018, Santa Clara in 2019 and New Orleans in 2020.

Concord Mills is getting a Steve Madden store [Thomas/CBJ]. The 2,650-square-foot boutique will be open in time for the holidays.

Juice Bar at Park Road Shopping Center opens tomorrow [Facebook]. They had originally posted a sign saying it would be today but a more recent Facebook post says the doors will open Friday. Smoothies all around.

South End Trading Company is going out of business [Agenda/Instagram]. The furniture store is having a massive liquidation sale with some pretty impressive discounts (think: a $3,000 couch for $1,600). They expect to be there through the end of the month. The big question: What will take its place?

I went to the free boot camp with Emily Breeze and Randy Moss last night at STAX. We crawled around in the mud and I loved it and now my body hurts. I don’t know why anyone would ever not take advantage of those classes every Monday and Wednesday at 6:30 p.m. I’ll be back. 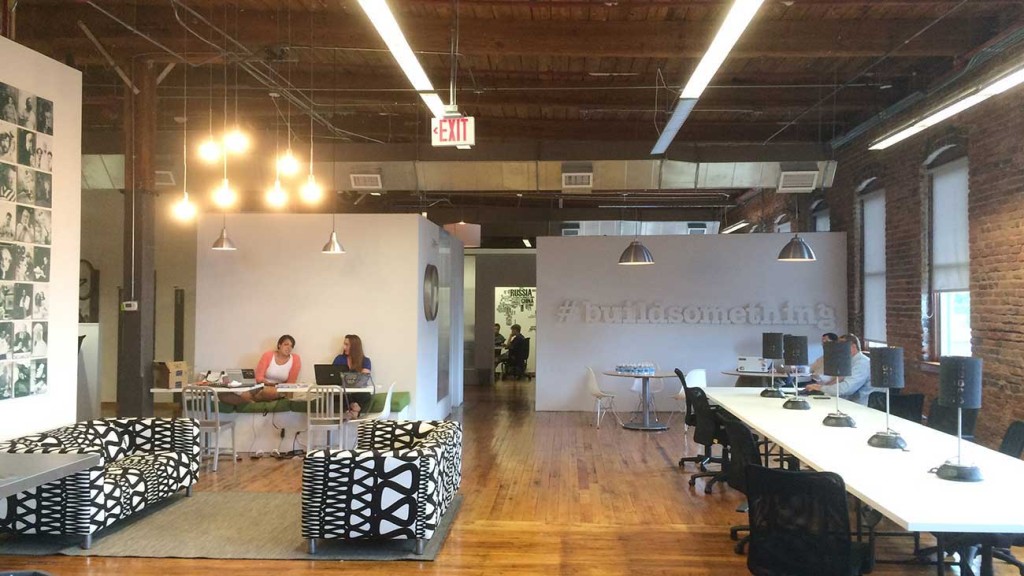 The 25 most important people in Charlotte’s startup community