If you’ve been down South Boulevard in recent months you’ve seen the big Pepsi Bottling industrial building. It’s a fantastic visible and accessible location, and plans are now in the works to take full advantage. Chris Helsabeck with Lennar Multifamily Communities was on hand at a South End development meeting Wednesday to give a few updates about what’s in the works for the site. Here’s what we know. The west side of the development backs right up to the Charlotte Rail Trail and the New Bern station of the Lynx Blue Line, and the community will take full advantage. Of the 350 apartment homes, a large number of them will open up onto the trail, complete with direct entry and front stoops. The apartment amenities will also be over here, including a transit lounge and fitness center.

The rest of homes will be on the north side of the property, closer to the Colonial Reserve apartment complex. Plans call for ample green space breaking up the five- to seven-story buildings. There will also be a pedestrian crossing connecting the trail and South Boulevard.

The retail space will be along South Boulevard and New Bern Street. Two main buildings and a parking garage.

Formal site plans haven’t been published yet, but design aficionados love the ideas. Look for ground to break in June or July and for the project to be completed by mid to late 2018. 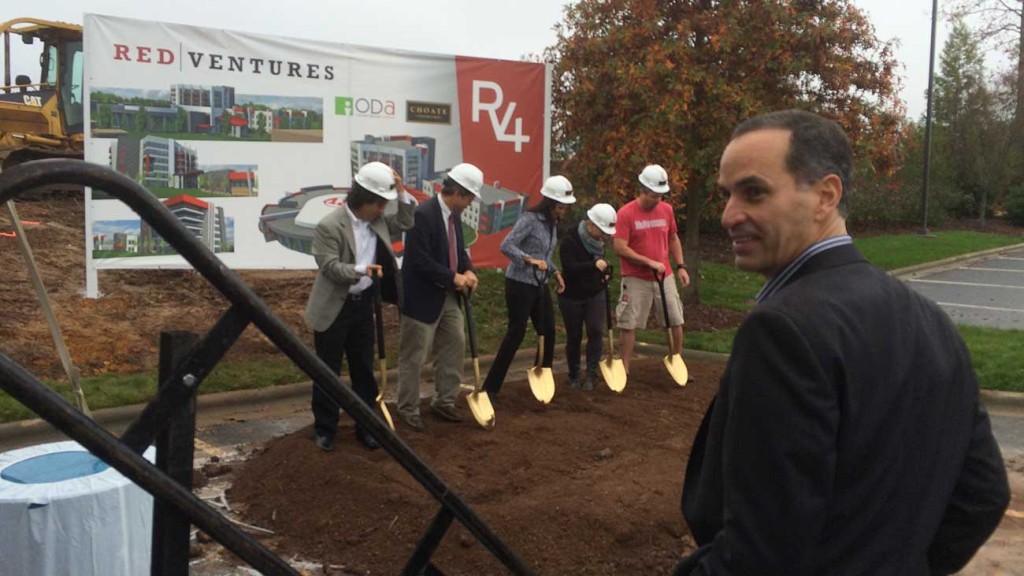 Everything you missed at Red Ventures’ announcement regarding their massive new campus, RV4