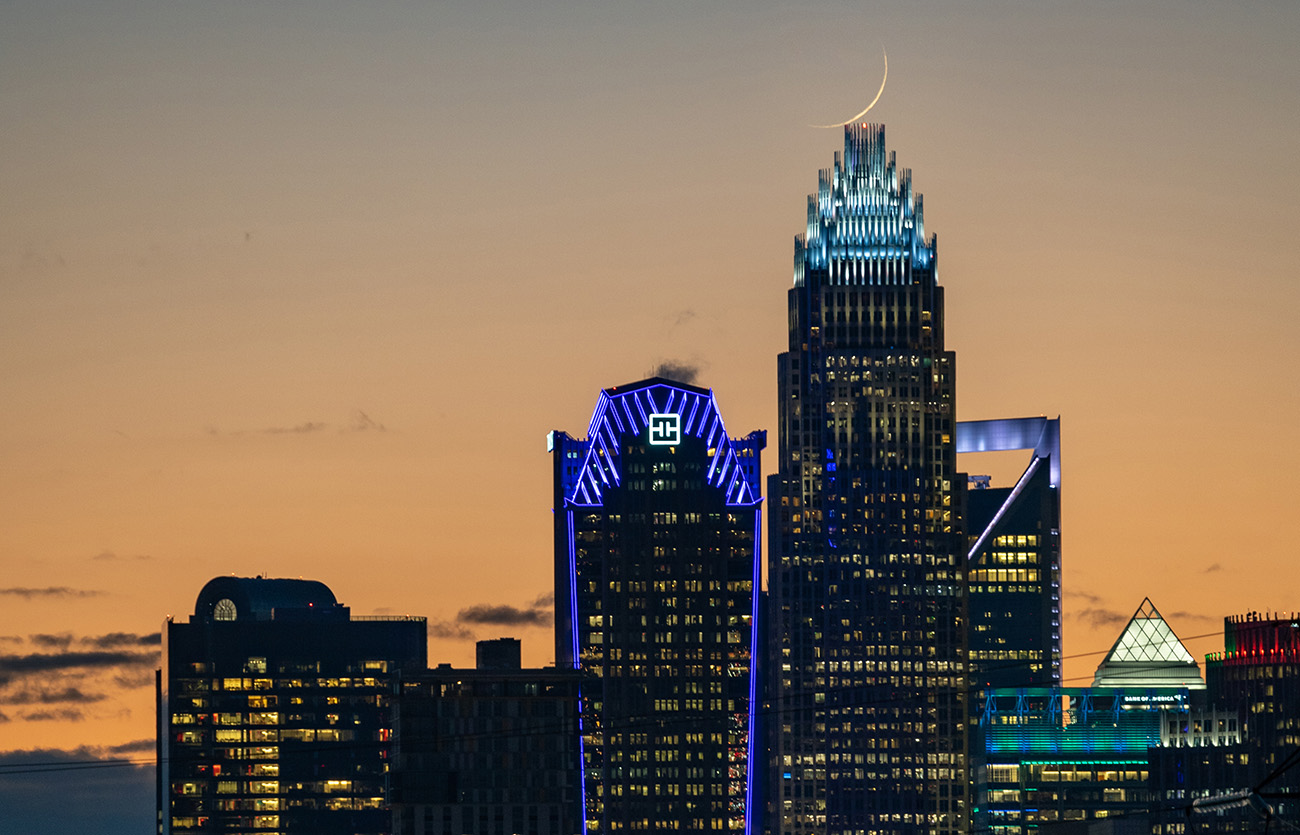 Less than two years after BB&T and SunTrust merged to create Truist, the bank sent fresh shockwaves through Charlotte with its gigantic, purple-glowing signs atop its new Uptown HQ.

Right away, the architect of the building put out a Change.org petition imploring that the “garish” signs be removed immediately. The sign covers up “unique detailing of architectural significance,” architect Charles Hull wrote.

“The signage is gaudy, poorly designed, and is a scarlet letter on Charlotte’s beautiful skyline,” he said.

Flashback: SunTrust, based in Atlanta, and BB&T, based in Winston-Salem, announced their intent to merge in early 2019. They decided to base the new bank in Charlotte, without any incentives, as CBJ and others have reported. In late 2019, soon after the merger closed, Truist bought the former Hearst Tower on Tryon for $455 million, a state record for an office building, the Observer wrote at the time.

Truist added the sign and the lights to the tower in November.

The bank has dimmed the lights a little since then in response to some of the negative feedback they’ve received, Truist spokesman Kyle Tarrance said.

The prominent signage has been as divisive as mustard versus vinegar BBQ.

That’s evident from Twitter comments, which run the gamut from “buttugly” to  “a rainbow circus” to “a purple King Tut.” But not everyone dislikes the signs so much.

“After a lot of thought I have decided I like the Truist lights,” WSOC reporter Joe Bruno admitted, to which Inside 485’s Dion Beary responded with, “I am demanding that Joe Bruno deplatform.”

If you spend almost half a billion dollars on a tower, some say, you can do whatever you want with it.

What they’re saying: We asked a few prominent Charlotteans what they think about the brightest new addition to the skyline.

Our team had some thoughts too:

My thought bubble: Thumbs up. Flashy, bold. Gets people talking. 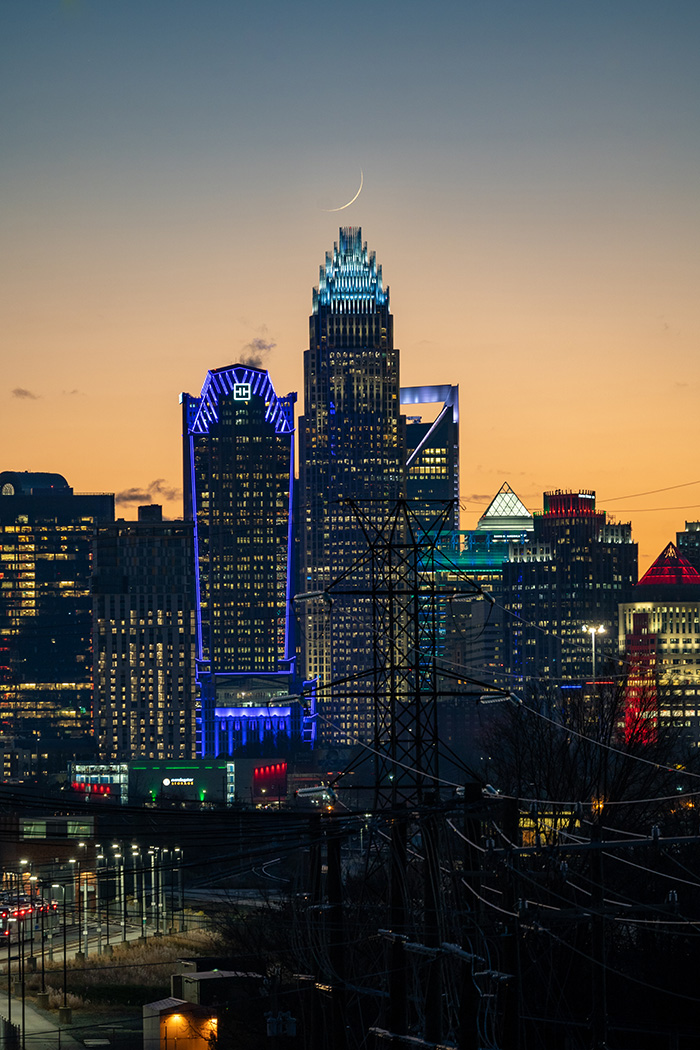 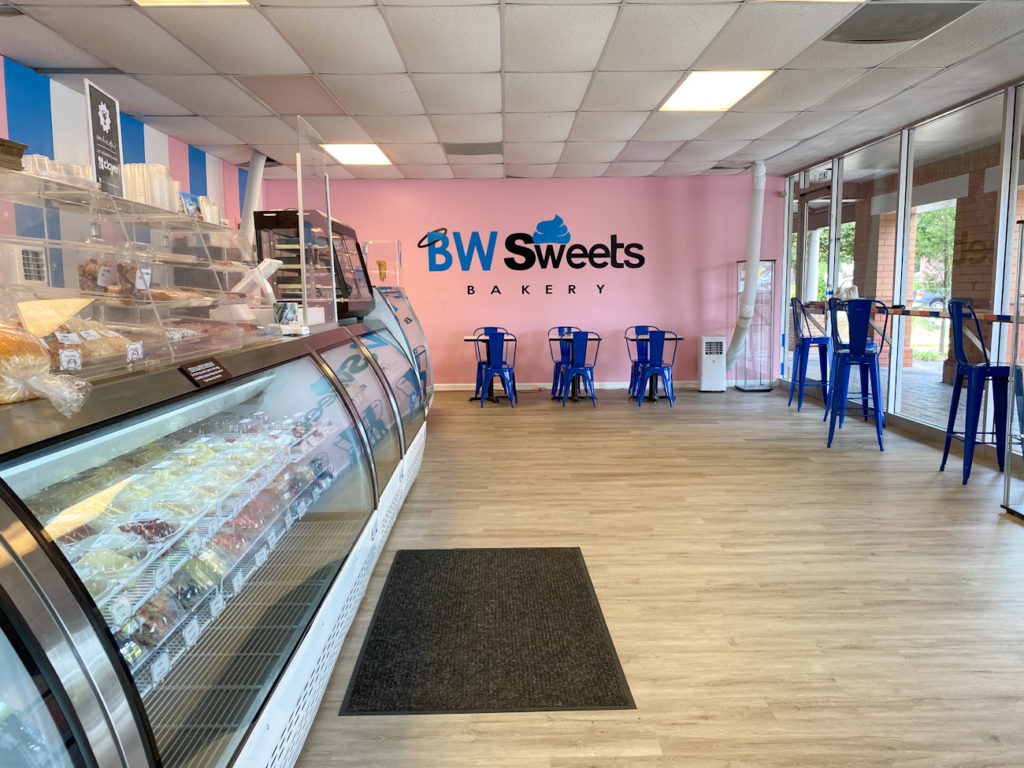