Charlotte’s newest work of public art is an alley-oop pass. Let’s call it the Melo-to-Miles, or maybe the Ball-to-Bridges. Either way, we alliterate. And admire.

You can see this world-class exhibit on any given night the Charlotte Hornets are playing. The composition starts with a soft lob from a baby-faced 19-year-old superstar named LaMelo Ball, and ends with a thunderous slam by a broad-shouldered vaulter named Miles Bridges.

It can happen at a moment’s notice, like it did to Milwaukee last Saturday, or to Indiana the night before, or to Toronto in December.

It is graceful. It is emphatic. It is a connection in a time of disconnect. And it is one of the many, many signs that the Charlotte Hornets might just be going places. Finally.

Why it matters: The Hornets are fun again! Sure they’re streaky — a few bad losses in a row here, a few surprising wins in a row there — and they have the 10-11 record to prove it. But they’re fun. And in these weighty times, what else can you ask of your sports teams but to be just that?

You don’t even need to be a basketball expert to appreciate it.

First, there’s Melo. The minute they drafted him No. 3 overall last fall, they were a different team. He’s a celebrity in the way that Cam Newton was with the Panthers. Melo’s 6.4 million Instagram followers immediately raised the Hornets’ cultural profile. He’s as likely to be a SportsCenter lead as he is a TMZ tweet as he is the subject of a GQ photo shoot.

He also happens to be really good. One January night, he became the youngest player in history to record a triple double.

Melo has lots of fans, including Muggsy Bogues, the Hornets legend. “The young fella’s gonna wind up being rookie of the year,” Muggsy tells me.

But Melo’s not all. The Hornets also have the dunk artist Bridges, the all-star Gordon Hayward, and Monday night’s off-the-bench hero Malik Monk, among others. 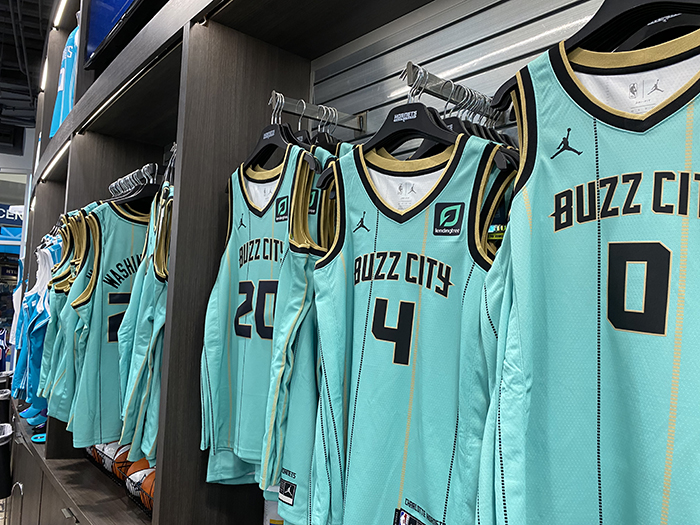 The City Edition jerseys are mint green, in honor of Charlotte’s place in history as the home of the first U.S. Mint. And the lettering is granite, to honor the state stone. “They literally gave a transplant city a history lesson in a jersey,” says Evan Kent, one of the founders of Bring Back The Buzz.

Also, there’s the style. The team dropped mint green City Edition jerseys this year to honor Charlotte’s history as home of the first branch of the U.S. Mint. The lettering is granite to honor the state stone, and the trim is gold as a nod to the 19th century gold rush that happened here.

And if none of that tickles you, here’s a stat to warm your heart: This year’s Hornets lead the NBA in assists. That’s right: Our team’s the best at sharing. God love ’em.

“I haven’t seen it (like this) since the day I left in 1997,” Muggsy Bogues tells me. “This has the potential to really take off to where they could be not only beloved in Charlotte, but all over the country.”

Flashback: It’s been a generation since Charlotte was madly in love with its NBA team. When Hornets arrived in 1988, they were the city’s first major professional sports team, and they took off like a rocket.

[Go deeper with this jaunty oral history of the 1988 Hornets.]

Yes, but: As popular as they were around the country, they were like small-town prep sports stars here. I’m not from Charlotte, but my wife grew up here. Some of her most vivid memories are of visits to school from three Charlotte icons: 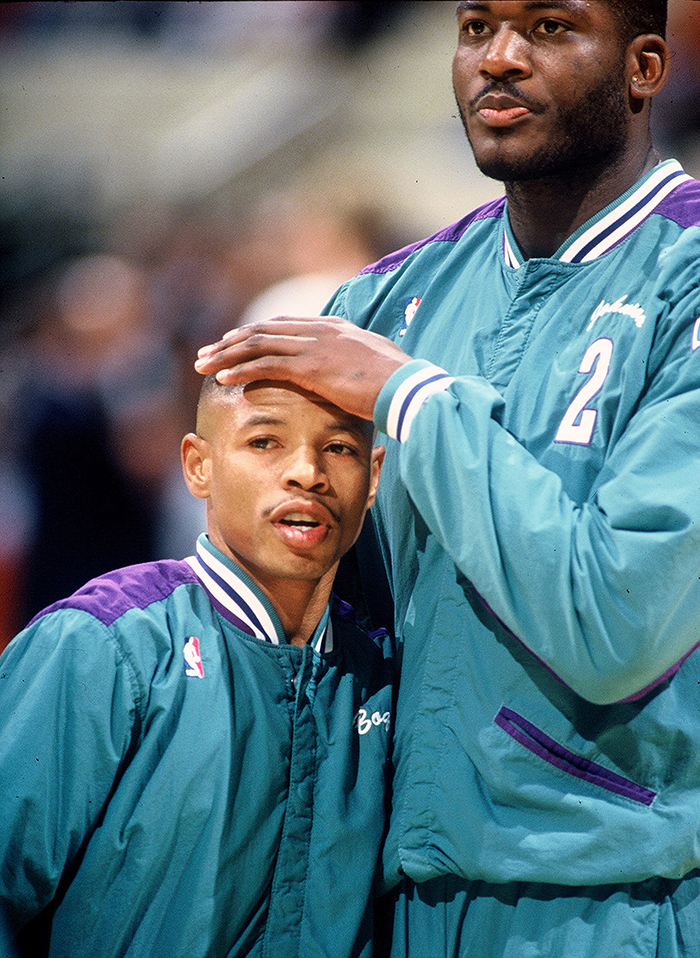 1989 picture of Muggsy and L.J. during pregame introductions. (Photo by Bob Stowell/Getty Images)

And then … they left. Owner George Shinn moved the team to New Orleans. A few years later, Charlotte got a new franchise called the Bobcats, and a new arena in uptown, but there were no tuxedos and no parades. And few wins. They were, at best, OK.

What they’re saying: About a decade ago, Evan Kent and his brother, Scotty, formed a small online group called Bring Back the Buzz for people who were frustrated with the NBA franchise. To their surprise, the group took off. Turns out misery does love itself some company.

The bottom line: Objectively, the Hornets fell behind the Panthers in terms of local support and enthusiasm. And with an MLS team on the way, they were at risk of becoming irrelevant if they didn’t do something. Well they have. And now the team that brought professional sports to Charlotte might have all the ingredients to spin the city on its fingertip again.

“Charlotte doesn’t want to admit it but it’s a basketball city,” Evan Kent says. “The moment this team becomes remotely successful — you can feel it underneath — the moment that happens, this place is going to explode.”

What’s next: They play the 76ers, the best team in the Eastern Conference, Wednesday at 7 p.m. at the Spectrum Center. Watch on Fox Sports Southeast. 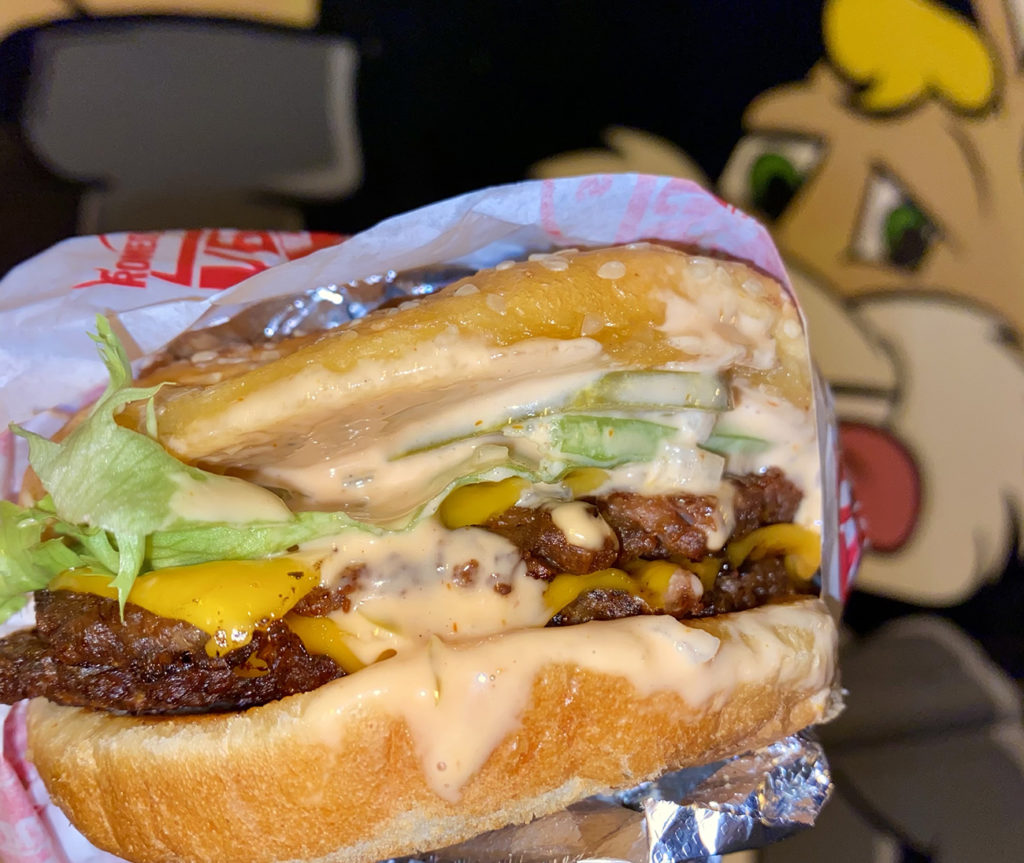