Will there ever be commuter rail between Charlotte and Lake Norman?

If you’ve ever been stuck on I-77 north of Charlotte — and pretty much everybody here has — a train between the center city and the suburbs around Lake Norman sounds like an awesome idea.

You may have heard such a train is in the works. And I guess it is, technically. Once upon a time, Charlotte officials thought this could be in operation by 2012. Then it was pushed back to 2017. At this point, the plan to run a train from uptown Charlotte to Mooresville is effectively dead in the water.

But the prospect came up again last week when Transportation Secretary Anthony Foxx (former Charlotte mayor) was in town. He was around to announce a significant piece of funding for the Charlotte Gateway Station, an uptown transit hub that will make train travel much easier. The commuter rail from Lake Norman to Charlotte was supposed to be a part of that. And Foxx said he’s still very much in favor.

So just in case this ends up going somewhere, here’s your primer on what exactly this is.

The commuter rail — code name Lynx Red Line — would be a 25-mile commuter rail line between uptown Charlotte and Mooresville, running northeast from the proposed Charlotte Gateway Station along Graham Street to the Derita neighborhood, then north along N.C. 115 (Old Statesville Road) and up through Huntersville, Cornelius, Davidson and Mooresville.

Each of the 12 stations would be served by a network of CATS buses. Buses would run every 20-30 minutes during rush hour, and hourly at off-peak times. It would take about 40 minutes to get from one end of the line to the other. What’s the difference between this and light rail?

Light rail lines are designed to be around pedestrian-friendly areas and space their stations a mile or so apart. It’s designed for people to move between stops for work or shopping. Commuter rail is more about getting from one end of the line to the other, and stops are two to five miles apart. The train also looks much more like an Amtrak train than what you see on the light rail. There are also a bunch of differences in federal regulations and whatnot, but let’s not get into that here.

What are the benefits?

Besides helping to alleviate massive congestion on I-77 (remember the toll lanes?), supporters point to projections of 12,000 new homes along rail stops and $9.2 billion in mixed-use development.

Transit officials estimate that it would create 23,000 jobs. Chicago, San Diego, Seattle, northern Virginia and San Jose have all had some success with commuter rail.

The price is a huge one. Charlotte’s already in the middle of several big-ticket transit items, including extending the Gold Line streetcar. Original projects put the price tag at $450 million+. Recent developments have added another $200 million on to it (see below).

The project is also not eligible for federal funding under the “New Starts” program, a huge deal for local transit projects.

In terms of general economic results: Because the stations are farther apart, the areas around the commuter rail isn’t expected to generate the same kind of developer interest as areas like South End.

What’s the main thing holding the project back?

The initial assumption was that the CATS commuter rail could use the same tracks as the Norfolk Southern freight trains. The two entities would just use the rail at different times. But last year, Norfolk Southern came out with a policy saying it wanted to reserve its rail for its own use only. That would mean that CATS would have to build its own track for the 25+ mile route, adding dramatically to the costs of the project.

U.S. Transportation Secretary Foxx said while in town last week that he’d be willing to try to get city transportation leaders and Norfolk Southern executives together to break the “logjam.” 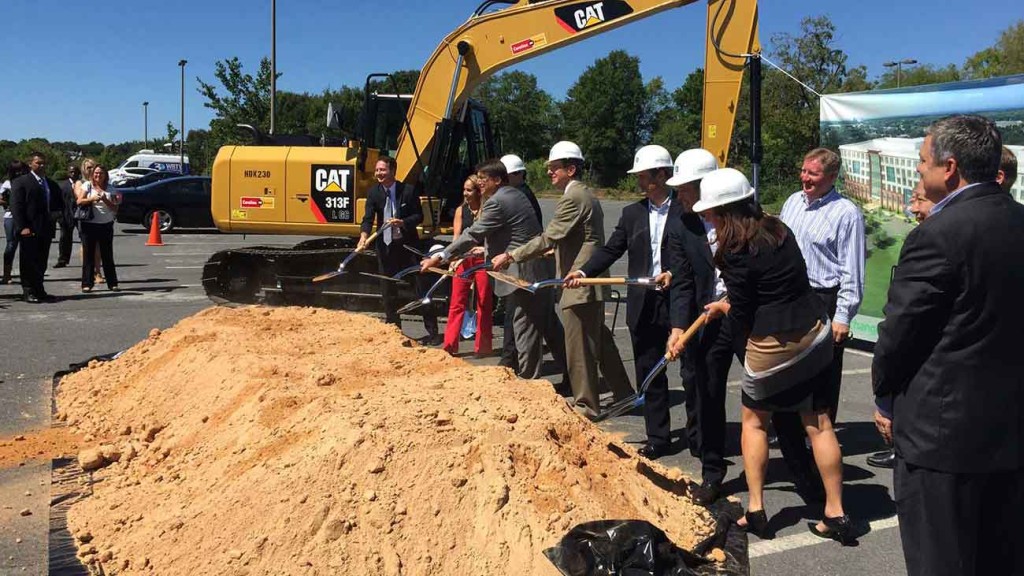