What’s the deal with Wegmans, and is it ever coming to Charlotte? 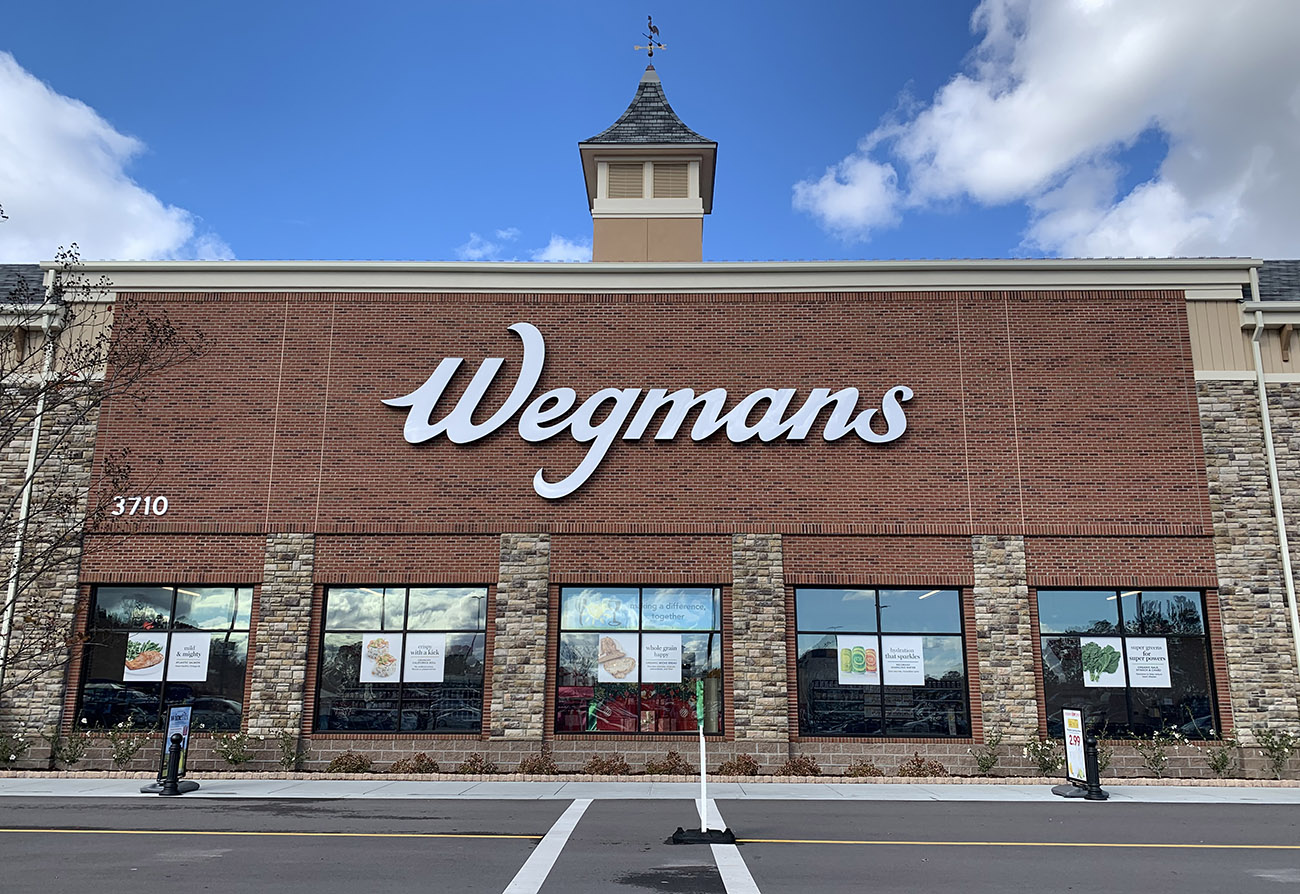 Mention Wegmans to any upstate New York transplant living in the South and watch their eyes light up.

It’s the same intoxicated look people from Philly get talking about Wawa, or how giddy Californians become when In-N-Out enters the conversation.

Wegmans is, as anyone who knows the brand will tell you, not just a grocery store. It’s a destination for artisan sub sandwiches. It has a huge beer and wine section that feels like a Total Wine store. Its prepared food menu is more of a mini restaurant, with house-made pizzas, sushi, poke, pastas, and burgers.

Based in Rochester, Wegmans has supermarkets in New York, Pennsylvania, Massachusetts, Maryland, New Jersey, Virginia, and most recently, North Carolina.

For Wegmans loyalists in Charlotte, the question frequently arises: When will Wegmans open a store here?

“I am shocked that Wegmans has not announced a location in Charlotte yet. I’ve been thinking they were going to announce something any day for the last two years,” grocery expert David Beitz tells me. Beitz is the co-founder and partner of Planned Grocery, a Columbia, S.C., company that analyzes grocery store site selection data.

Last year, about 3,000 people lined up on a Sunday morning before Wegmans opened the doors of its first North Carolina location in Raleigh. Some eager shoppers actually showed up the night before.

The company estimates that a total of 30,000 customers visited the store that day. A company spokeswoman told WRAL it was the “biggest opening crowd ever.” In July of this year, the grocer opened its second store in the state, in Morrisville. Because of the pandemic, it was a much more toned-down affair.

At the Morrisville store on a recent Monday afternoon, parking spots were hard to find. Christmas trees and fragrant wreaths lined the entrance to the huge store, and a massive, colorful fresh produce section greets customers.

Walk toward the back of the store and you’ll find a cheese shop with more varieties of gouda, Brie, cheddar, Swiss, and Parmesan than you could ever imagine. There’s a fresh seafood market with entire bass and snappers chilling over ice, and a bulk food aisle where you can measure out your own portions of nuts, candies, and dried fruits. A full beauty aisle is stocked with brands like Essie. Grocery prices are similar to what you’d find at Harris Teeter or Publix. 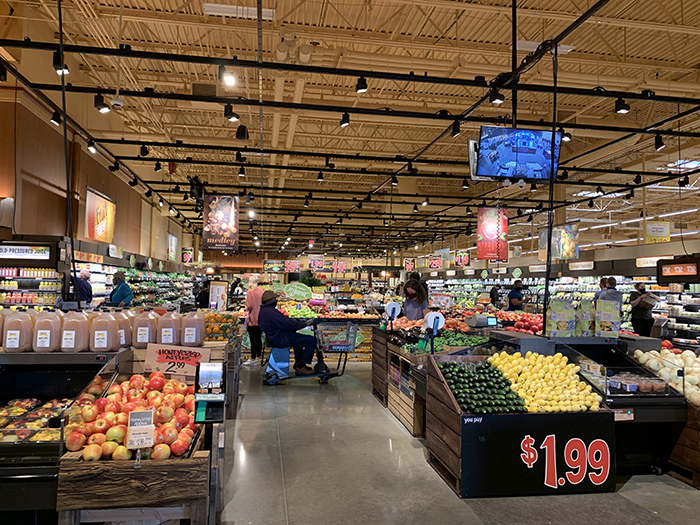 Produce section at the Wegmans store in Morrisville at 3710 Davis Drive. 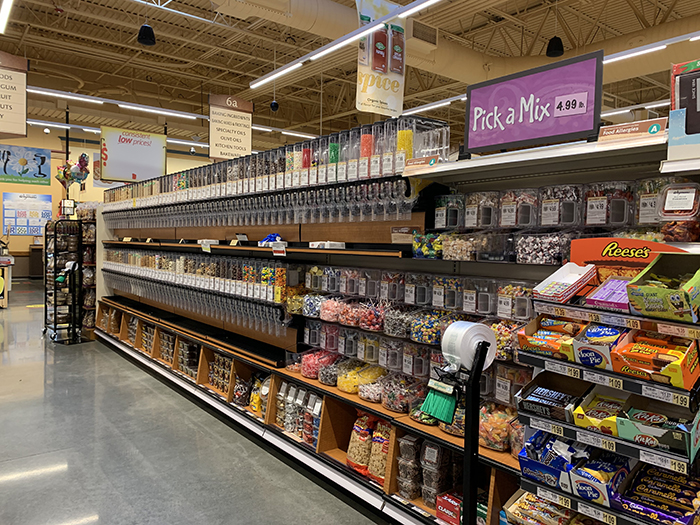 Bulk foods aisle at the Wegmans store in Morrisville. 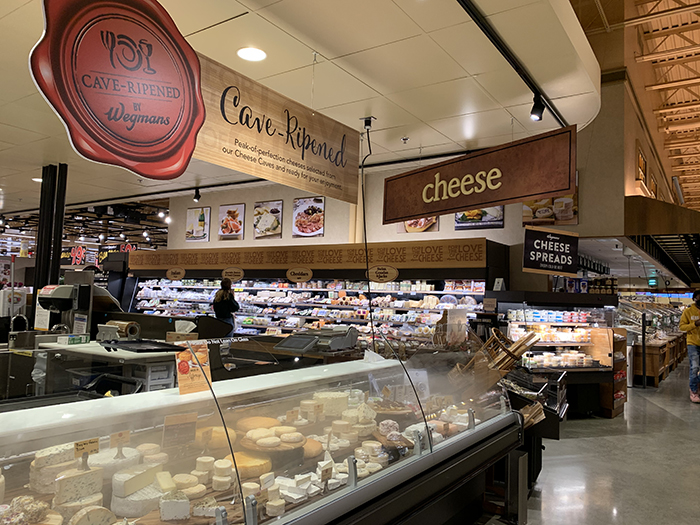 Cheese shop at the Morrisville store.

Next year, Wegmans plans to open two such stores in North Carolina: In Chapel Hill and in Wake Forest.

After that, the chain also has plans for stores in Cary and Holly Springs.

A few years ago, I wrote about Wegmans for the Charlotte Observer. At the time, Bill Urda, a senior retail analyst at the Boston Consulting Group, told me it made sense from an economic standpoint for Wegmans expand into Charlotte. Presumably, Urda said, the grocer would want to take advantage of the distribution network it’s built out in North Carolina.

North Carolina, experts say, is also where Wegmans and Publix are meeting for the first time. Based in Florida, Publix also has a cult following. The supermarket chain opened its first Charlotte store in Ballantyne in 2014, and has been adding locations rapidly around the region ever since.

In Charlotte, there’s also Sprouts, the Arizona organic supermarket chain that opened in Ballantyne in 2018.

“North Carolina sort of becomes the key crossroads between retailers moving down from the North, coming up from the South, and moving in from the West,” says Roger Beahm, a marketing professor at Wake Forest University. “This is a state that’s ripe for retail competition.”

Wegmans is employing what’s called a “hub and spoke” strategy as it expands, Beahm says. That means that the company enters a new market with one centralized location, then plants other stores nearby. To reach a critical mass in the market, and to become competitive, you need more than one or two stores in that market, Beahm says.

“That’s not to say they’re not looking. I’m sure they have their eye on all of the major markets in North Carolina as well as maybe South Carolina,” he says. “The reason they take it slow is they’re establishing themselves to be a key factor in these (new) markets.”

In an email, Wegmans spokeswoman Laura Camera said that the company does not have “any current plans” to build in Charlotte. She did not respond to a question about whether Charlotte is a city Wegmans is exploring as a future market.

Out-of-state grocers like North Carolina for a number of reasons:

After they decide that they’re coming to Charlotte, grocers look painstakingly at details like traffic counts, current population, and the local real estate market, Beitz says. “They pretty much know how a store is going to do sales-wise before they even build it,” he adds.

Local Wegmans aficionados: A growing number of Wegmans fanatics can’t wait to get a store here.

Years ago, physician Dr. Thomas Bailey lived in the Lehigh Valley area of Pennsylvania. He heard about a grocery store that was opening in the Allentown area called Wegmans. People raved about it. Bailey didn’t get it.

“Why the hell would I want to drive 40 minutes just to go to the local grocery store? It took me almost two years before I got out there and immediately walked in saying ‘Oh my!'” Bailey said in an email. “This was no ordinary grocery store.”

Bailey was hooked. He loves the deli, where “The Danny Special” with no mayo has been his go-to hoagie order for years. He loves how friendly the store staff always is. Wegmans eventually built a store five minutes from where he lived in Pennsylvania.

Bailey’s been in Charlotte for 15 years now, missing Wegmans.

That’s why three years ago, when Wegmans announced plans to come to North Carolina, he created a Facebook group called “Bring Wegmans to Charlotte, NC!” Today, it has nearly 2,000 members.

They talk about their trips to the stores in the Triangle, and sub sandwich orders, and other things they love about the brand. It’s an apolitical online community with a shared passion. Bailey’s had to bring on a site administrator. He regularly monitors comments.

There are so many northeast transplants here, Bailey notes. Charlotte has got to be on Wegmans’ radar.

“Wegmans usually has a linear growth pattern. They rarely jump over a region so naturally we should be the next area going south,” he says. 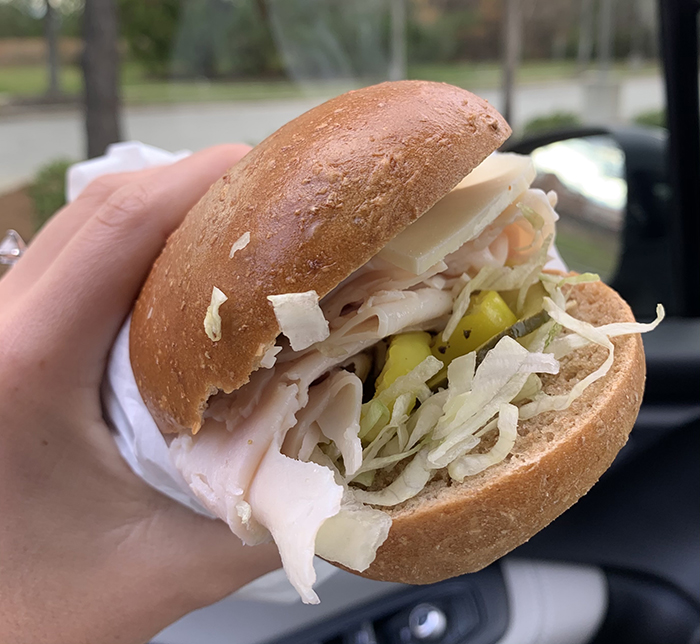 A sub sandwich from the Morrisville Wegmans

Editor’s note: A previous version of this story incorrectly said that Wegmans is opening stores in Cary and Holly Springs next year. The supermarket will open in those towns, but it has not set a timeframe yet for them. Next year, Wegmans will open in Chapel Hill and Wake Forest. 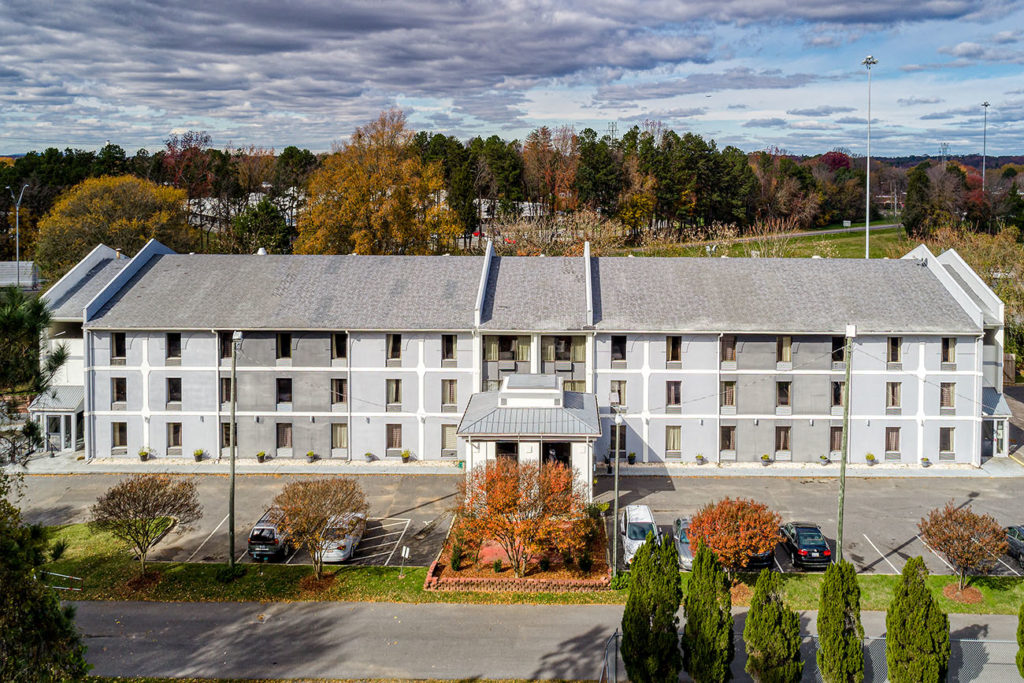 Roof Above buys an old hotel to convert into permanent housing