Five years ago, Foundation For The Carolinas announced grand plans to refurbish the old Carolina Theatre and add a luxury hotel to its site on North Tryon. The project was supposed to be done in 2019. Today, crews are hammering away on the exterior of the old theater — but the hotel construction has stalled.

Built in 1927, the Carolina Theatre has sat vacant since it closed in the late 1970s. Now, a restoration of the historic property is underway — albeit a bit behind schedule. Meanwhile, the developer behind a 250-room InterContinental Hotel has kept quiet about the project. But it’s still planned for the site; it’ll just happen later.

The new look: The goal is to not only return the old 900-seat vaudeville theater to its former glory, but also to transform it into a community space, says Laura Smith, an executive vice president at Foundation For The Carolinas. FFTC owns the theater, and Smith is overseeing the project.

Currently, construction crews are working on the theater’s stage house and electrical vault. Soon, they will rebuild the old façade of the 36,000-square-foot theater. Eventually, it’ll open up to a new, two-story, glass-encompassed grand lobby that Smith describes as a “jewel box.” 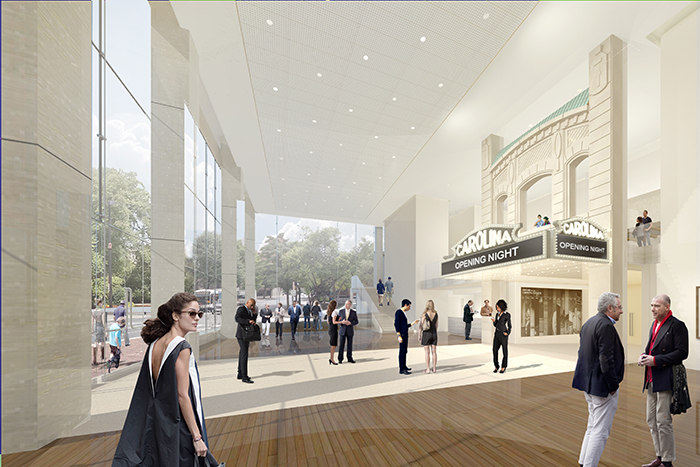 The Carolina Theatre restoration comes at a time of rapid redevelopment along North Tryon.

Other projects: The $600 million Seventh and Tryon development, which includes an office tower and new library, is planned nearby. Across the street, the city plans to overhaul Discovery Place one day.

Smith sees these projects as revitalizing for North Tryon in the same way the Mint Museum, Bechtler Museum, and Harvey B. Gantt Center were for South Tryon.

“It gives us that other kind of book end to the city that is just going to be this great community kind of convening space,” she says. “It could become become this community living room.”

FFTC announced plans to renovate the theater and add a luxury hotel to the site back in 2015. The restoration work will be north of $50 million, with funds coming from private sector donations, plus the county and city. Construction on the theater, Smith says, will wrap up sometime in the summer of 2022. It will open that fall.

Over the years, there’ve been a number of setbacks that have affected the timing of the project.

Delayed Intercontinental: Behind the hotel portion of the project are Valor Hospitality Partners, an Atlanta hotel management group that’ll operate the Intercontinental, and SB&G Hotel Group, an Australian firm that’ll handle the construction.

FFTC has remained in contact with SB&G during the pandemic. Smith says the overseas developer has not indicated that the hotel won’t happen. They just haven’t said when it’ll happen.

SB&G did not respond to multiple requests for comment. But recent data confirm how the pandemic has wreaked havoc on the hospitality industry.

In the third quarter, hotels in the U.S. reported an average occupancy rate of 48 percent, the lowest third quarter level on record, according to STR, a firm that provides market data on the hospitality industry. Revenue per available room was down nearly 49 percent.

These days, FFTC is working with the county to ensure that work on the theater can finish even if the hotel construction stalls. But Smith doesn’t anticipate the former will derail the latter.

“There’s just a lot going on inside that historic theater, and the community has waited for years and years to see that done,” Smith says. “I think they’re going to be blown away when they see it.” 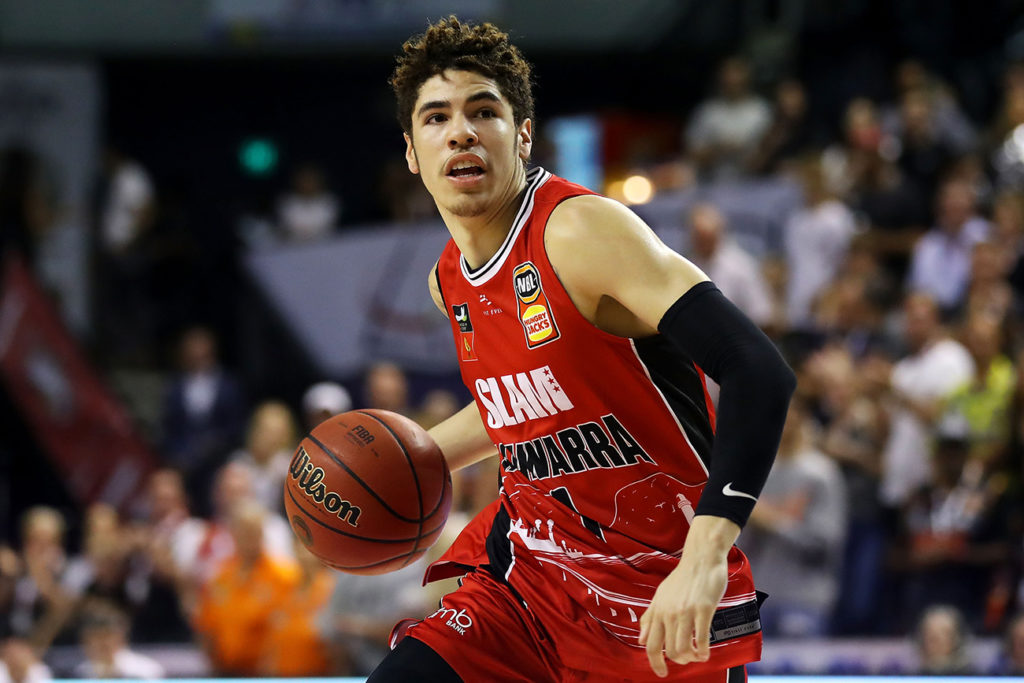 LaMelo Ball and his 5.7M followers on Instagram is a big deal for Charlotte