Will the Charlotte suburbs send President Trump to a second term? 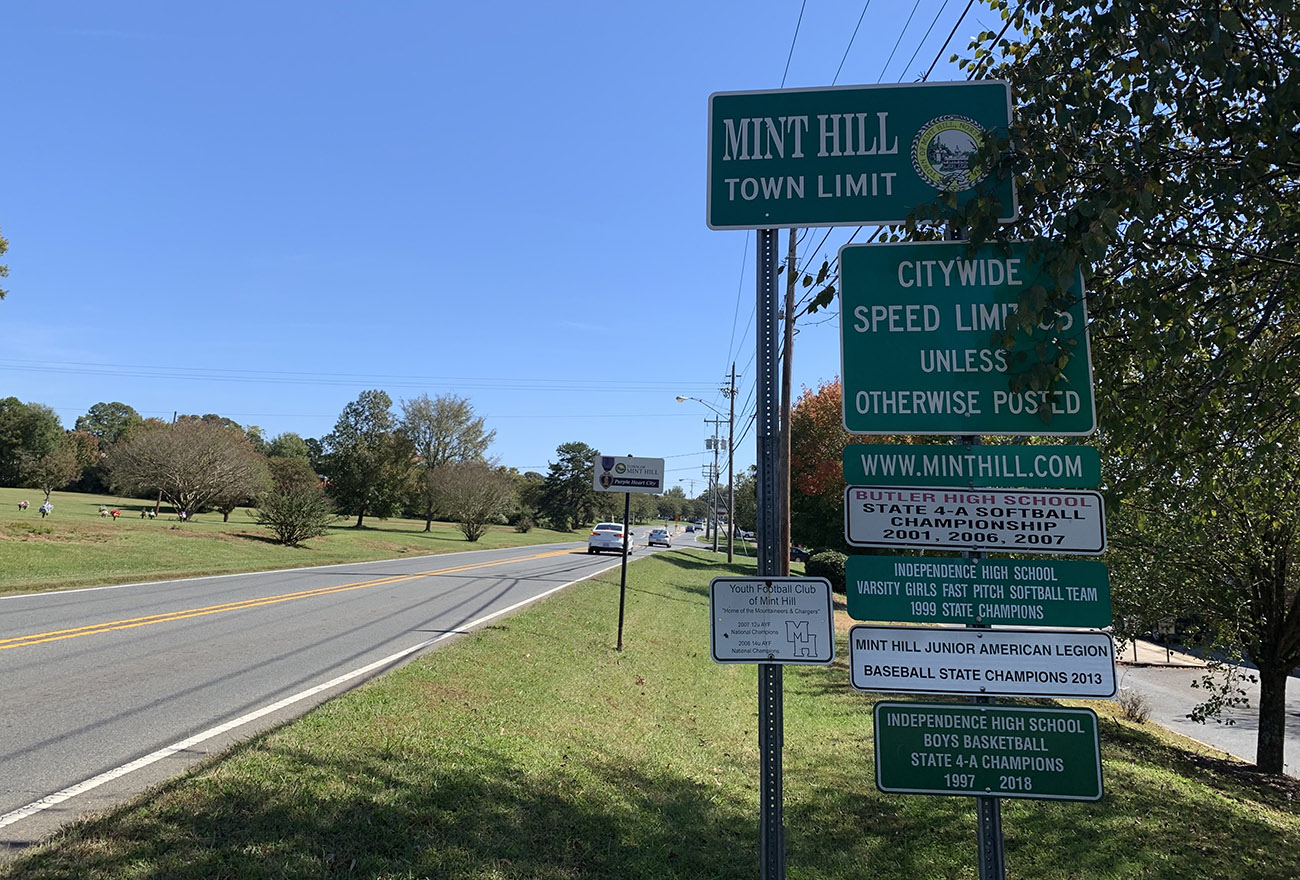 Suburban voters in swing states like North Carolina could decide the 2020 presidential election.

People living in close-by communities played outsized roles in the 2016 election, sending Donald Trump to victories in North Carolina and Pennsylvania and Wisconsin, helping him prove most pollsters wrong.

Trump won nearly 50 percent of North Carolina’s overall vote four years ago, despite being soundly defeated in urban areas of Raleigh and Charlotte. Experts attributed his success to a combination of thousands of Democratic-leaning voters sitting the election out, as well as support in suburban areas.

Ahead of this year’s election, polls again show Trump trailing, this time to former Vice President Joe Biden. It’s all but guaranteed that Biden will win the cities and Trump will win the rural areas. So many of the last votes in play are likely in suburbs.

One of those places is Mint Hill. The small town sits on the eastern edge of Mecklenburg County along the line with Union and Cabarrus. Mecklenburg County on the whole favored Hillary Clinton, 62-33, in 2016. But more than half of voters in Mint Hill’s precinct 220 voted for President Trump.

The same goes for other suburban cities in Mecklenburg County. Those on the outskirts including east Ballantyne and Matthews went red in 2016, as did Huntersville and Cornelius. 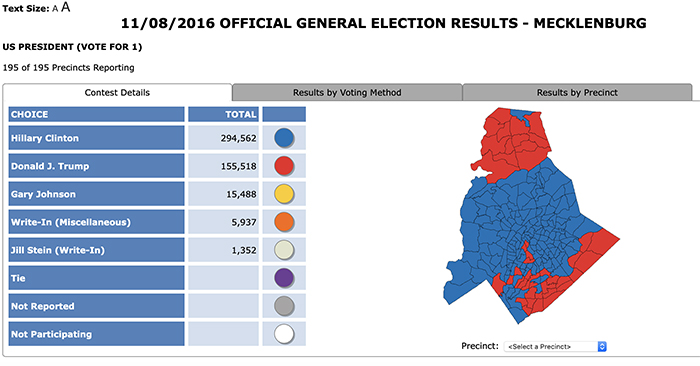 The North Carolina Board of Election’s official results for Mecklenburg County in the 2016 general election.

Those suburban dynamics are shifting, however, as Charlotte swells. In the 2018 midterms, Democratic congressional candidate Dan McCready picked up several of the southeastern Mecklenburg County seats that Clinton lost two years earlier.

Michael Bitzer, politics and history professor at Catawba College, thinks of the “suburbs” in terms of two levels: There are the suburbs within an urban county, such as Mecklenburg’s Mint Hill, Cornelius, and Pineville. Then there are the surrounding suburban counties — Union, Cabarrus, Iredell, and Gaston — all technically part of the Charlotte metro area.

“It would be safe to say that the urban suburbs are indeed the battleground of North Carolina politics. The surrounding suburban counties are a Republican advantage, but how big of an advantage?” Bitzer says.

We spoke with a handful of suburban voters in the Mint Hill area about how they plan to vote this time around.

“What has driven my decision was the right to life, the American economy, and faith,” she says. 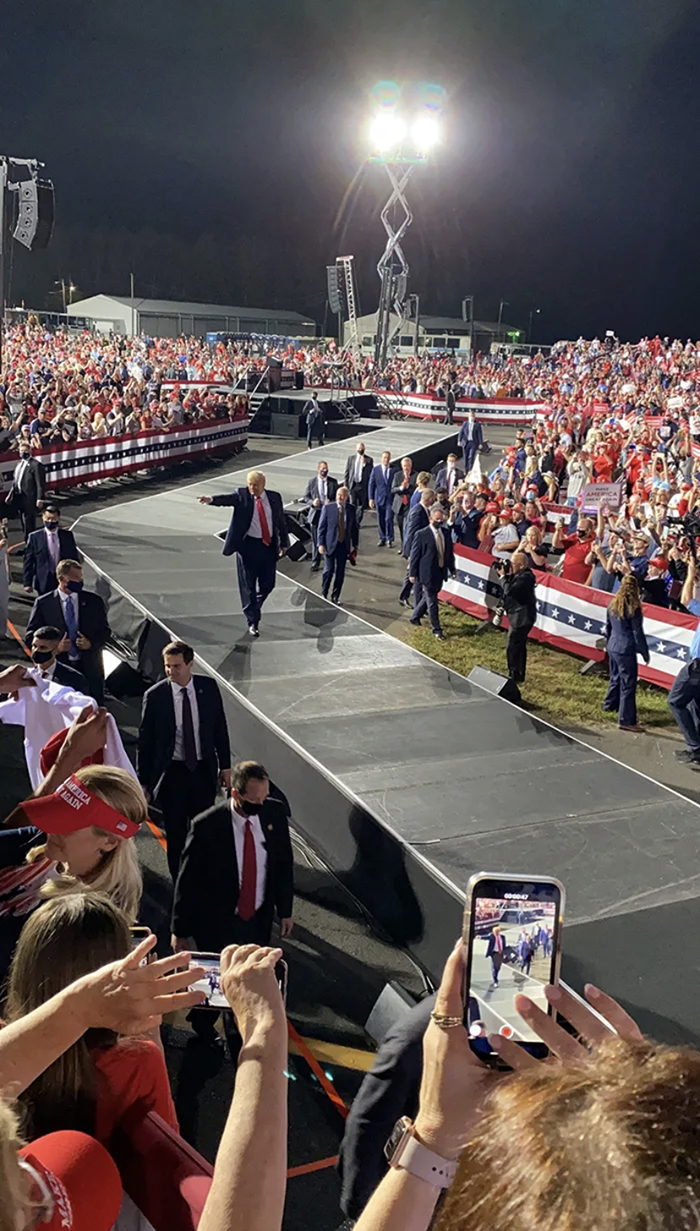 President Trump visited Gastonia this month to speak in front of a packed crowd. [Related Agenda story: What it was like in the crowd with 23,000 people at Trump’s Gastonia rally] 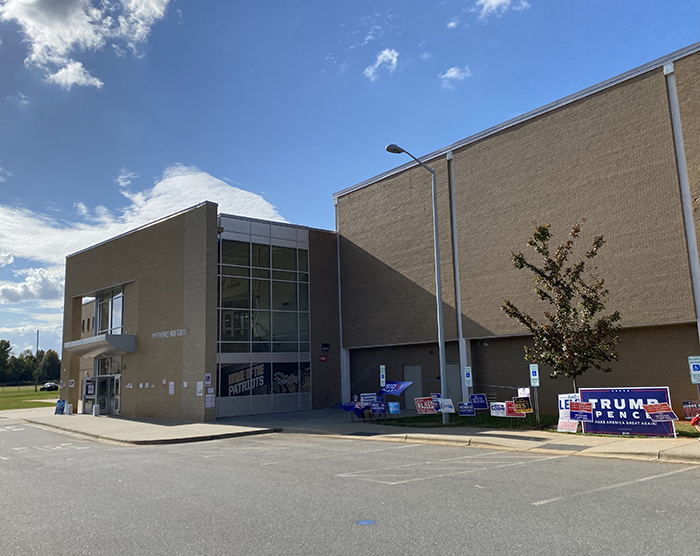 For months, President Trump has worked to stoke fears about the dangers of city living. Big cities, particularly the ones run by Democrats, are rampant with crime and lawlessness, the president has said.

Just the other night in Gastonia, Trump made a promise to tens of thousands of his supporters. Without providing evidence, he claimed that Joe Biden would “destroy” America’s suburbs.

Bitzer, the Catawba College professor, isn’t sure this is an effective tactic.

“I think it would have been effective in the 1968 presidential election,” Bitzer says. “I don’t think it appeals to 2020 simply because the suburbs are dramatically different in this day and age than they were 40-60 years ago.”

One indication of that would be what happened this summer. As Black Lives Matter protests broke out across the country in the wake of the police killing of George Floyd, towns like Huntersville and Waxhaw held large demonstrations and marches. 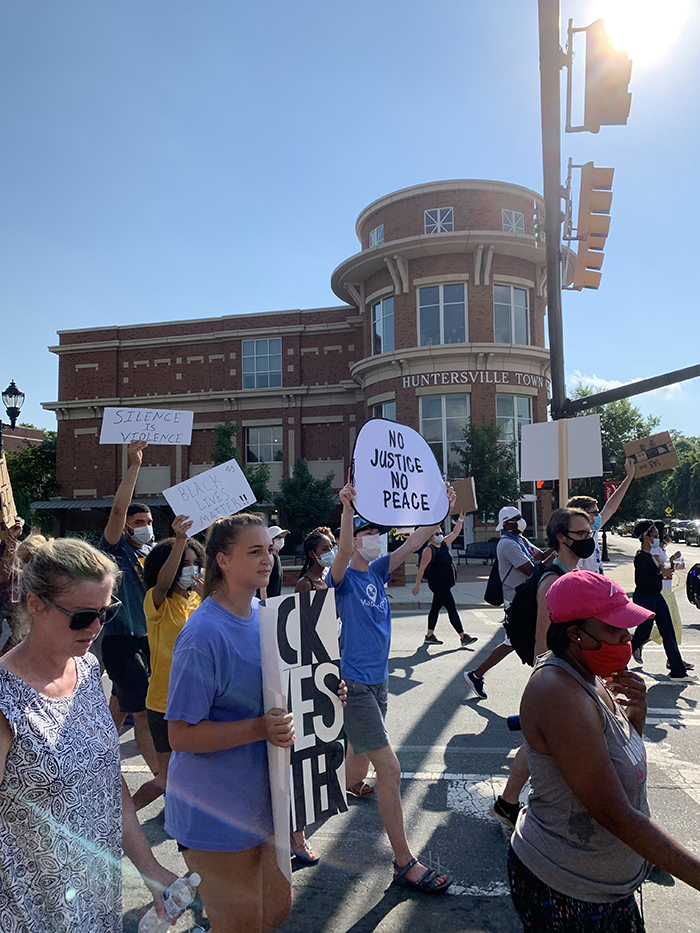 For years, people of all backgrounds and ages — immigrants and young families, retirees and northern transplants — have been moving to Charlotte’s suburbs seeking more property and more affordable homes. Many of these relatively new residents either work in Charlotte or have close ties to it.

When Brad Simmons moved to Mint Hill 36 years ago, the town’s population was around 8,000. Today, it’s closer to 28,000, says Simmons, who took office as mayor of Mint Hill last year.

“That lets us know that more people have moved in from outside the community. Everybody moves here for the same reason — for a small town feel close to a major city,” Simmons says.

Much of that population growth comes from transplants who move down here from up north, Simmons says.

One indication of how evenly split the town is politically came in the 2018 race for the state house. Democrat Rachel Hunt defeated powerful Republican Bill Brawley by just 68 votes out of nearly 40,000 cast. They’re running against each other again this year in a closely watched contest. 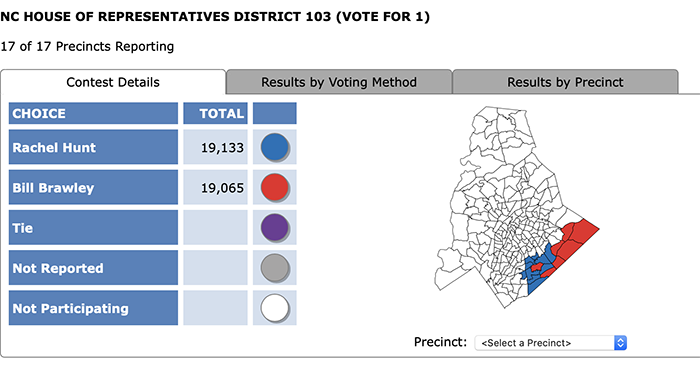 The 2018 state house race between Bill Brawley and Rachel Hunt came down to just 68 votes.

In a blog post after the 2018 election, Bitzer analyzed the shifting of the GOP stronghold in the “wedge” in the southern parts of Mecklenburg County. The shift has been underway since at least 2004 and will likely continue, he said. “The very nature of the precinct that make up these Republican suburban districts have shifted under the feet of the GOP,” Bitzer wrote.

Simmons, a Republican, says the biggest issue for him is the economy’s rebounding from the pandemic. That’s something the whole community’s concerned about, he says. Simmons describes Trump’s handling of the pandemic “average” and says there are areas of the president’s job he’d like him to improve on.

But he still voted to reelect the president.

“I’d like to see him work better across the aisle with the other party,” Simmons says of Trump.

“We do a real good job of that at the local level, of being able to sit across the table with people we disagree with. That doesn’t happen on the state and federal level.” 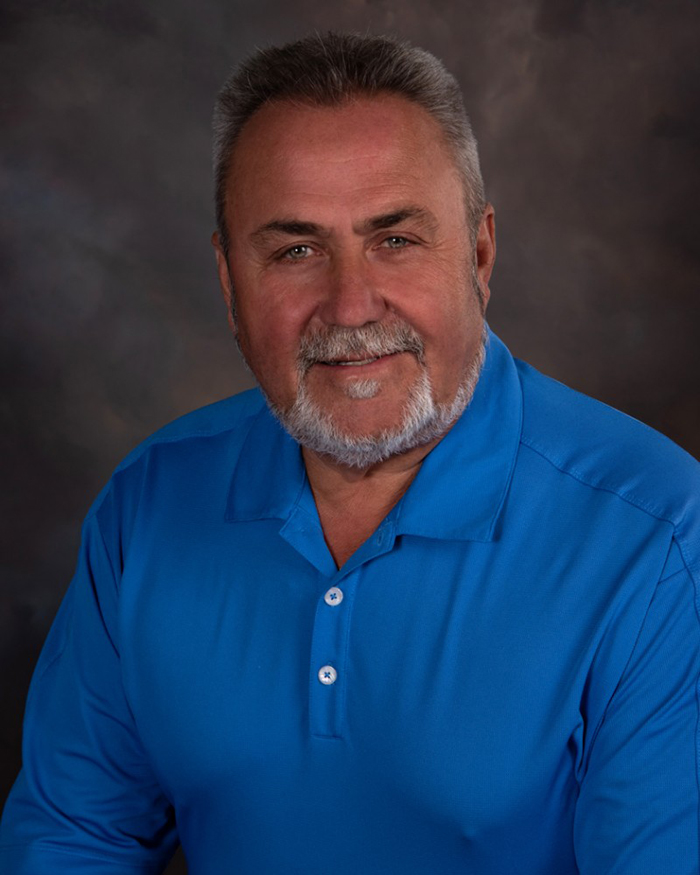 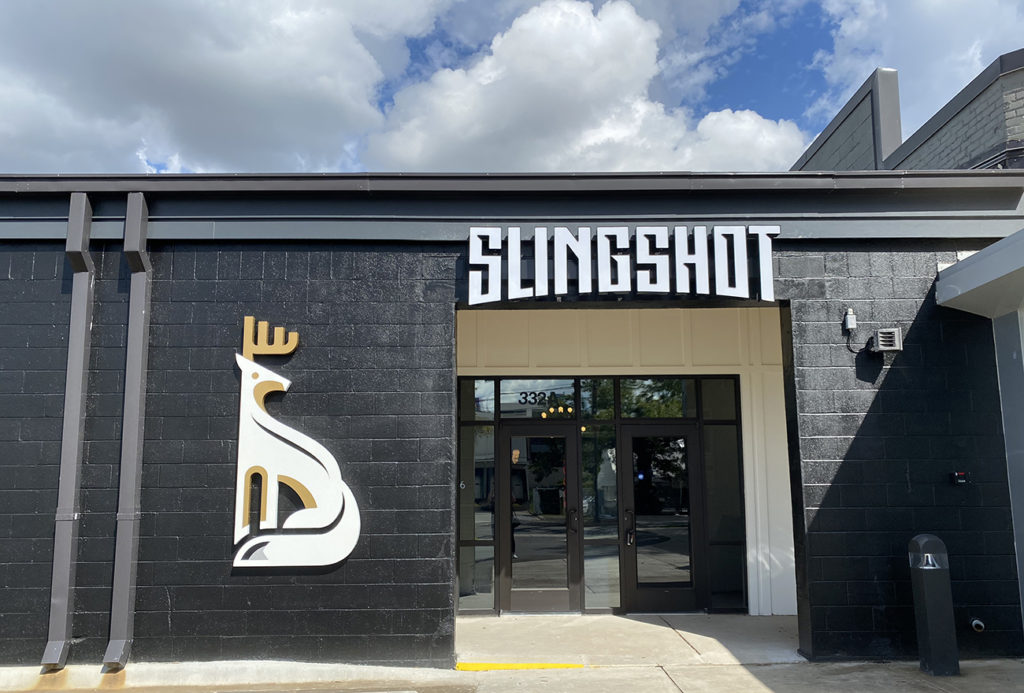