Can the EpiCentre survive the pandemic? 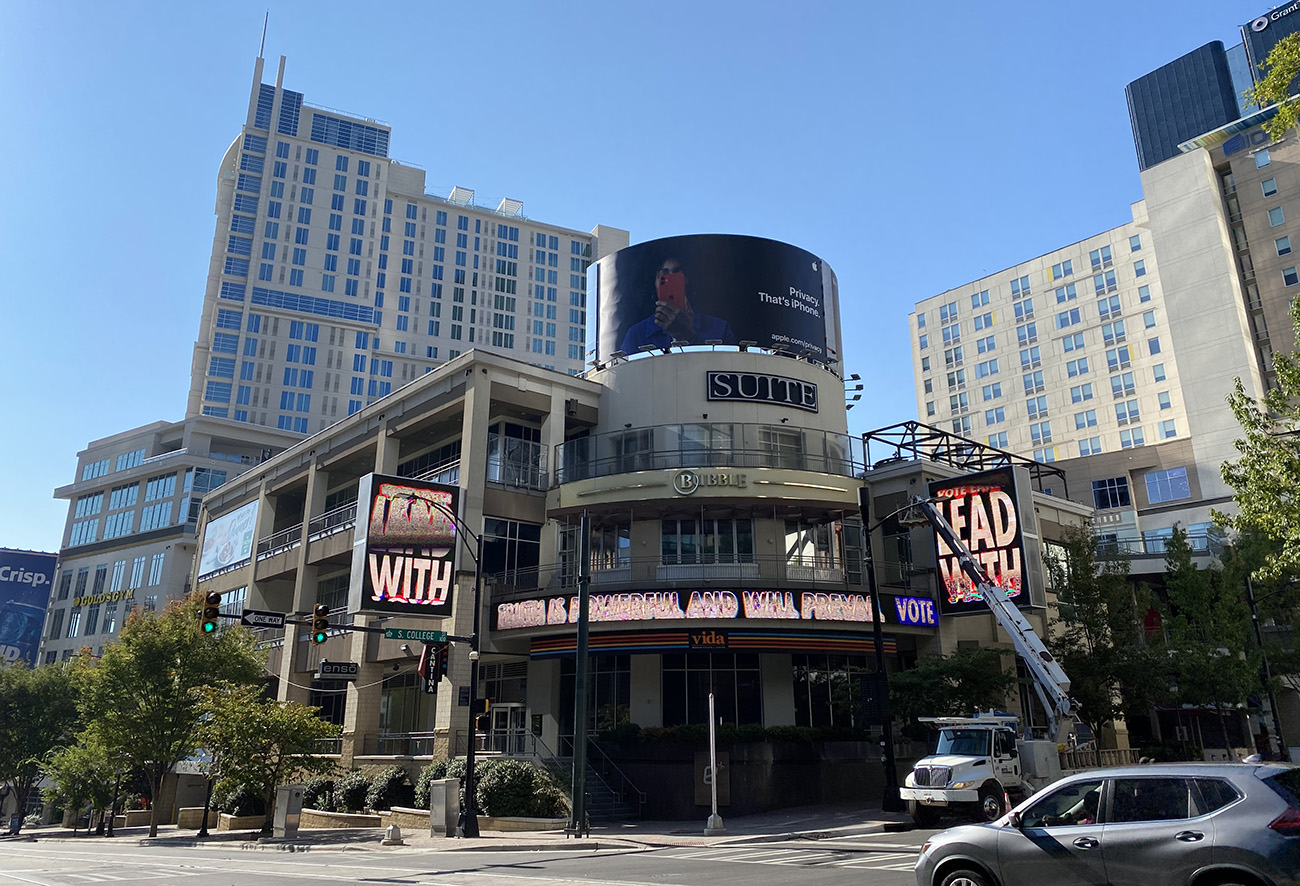 Once a thriving Uptown destination, the EpiCentre these days is deserted. Eviction notices are mounting. Dozens of businesses sit empty.

A walk through EpiCentre now is a quiet, almost eerie experience. Only a handful of businesses appear to be open. For them, uncertainty looms large with each fresh closure, and with each new month’s rent due.

For more than seven months, the state of North Carolina has required bars and nightclubs to remain closed, cutting off the foot traffic that was the lifeblood of the former hotspot. Restaurants have been able to operate at half capacity, but with corporate Uptown employees working from home these days, the lunch hour at the Epicentre is a quiet one.

Other spots that brimmed with patrons before and after big concerts, Hornets games, and other large-scale events that remain on pause during the pandemic are all deserted.

Michael Smith, CEO of Charlotte Center City Partners, which promotes economic development in Uptown, said in a statement he is disappointed to see the impact that Covid-19 has had on longstanding EpiCentre venues.

“The effects on the owners, employees and all of the customers who counted on these places is real and immediate. These were anchor institutions of the EpiCentre,” Smith said.

This week, the third floor of the complex was closed off to visitors. Rooftop 210, which celebrated itself as Charlotte’s largest rooftop bar, was being broken down and packed up.

Epic Times Watches And Chains has been at the EpiCentre for about four years. Major events like the CIAA tournament always draw huge crowds to the store, owner James Mack says. The flow of Uptown workers has always been a reliable source of customers, too.

But that’s all dried up over the last few months. On top of that, protesters looted Mack’s store in June, costing him about $25,000 in damages and stolen merchandise. He closed for two months over the summer for repairs.

“With all the restaurants leaving, it takes away from the traffic that we usually have here. I have never seen Uptown so quiet for so long,” Mack says. Nonetheless, he says he plans to stick it out at the EpiCentre as long as he can.

But, he adds, “We’re definitely worried. Anytime one location goes downhill like EpiCentre has you have to be concerned about it.”

“It’s not as steady as it was before Covid. I guess people don’t really want to be out right now.” 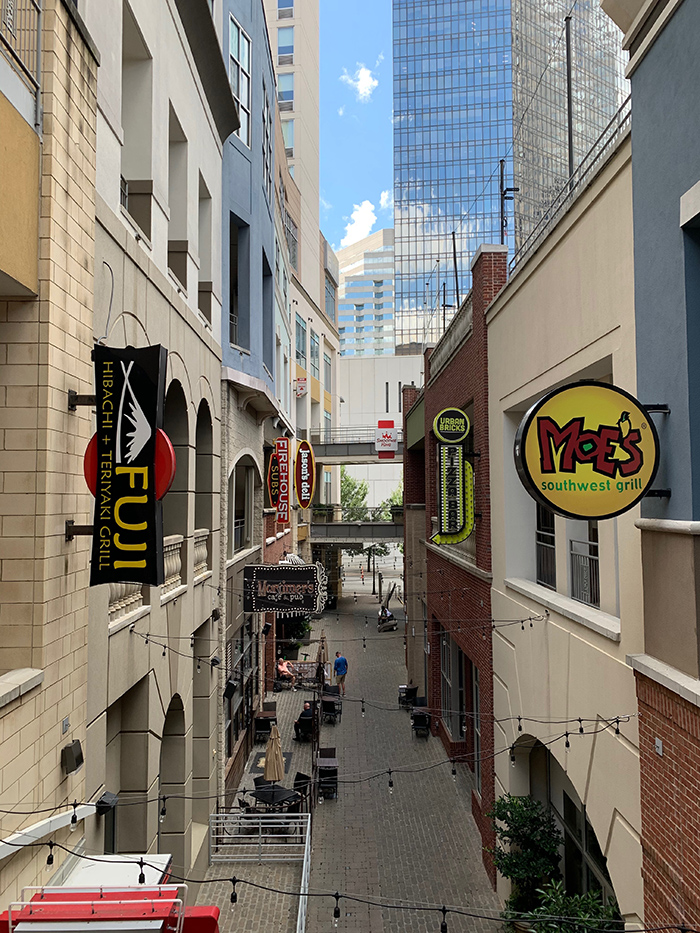 The EpiCentre at Trade and College in Uptown 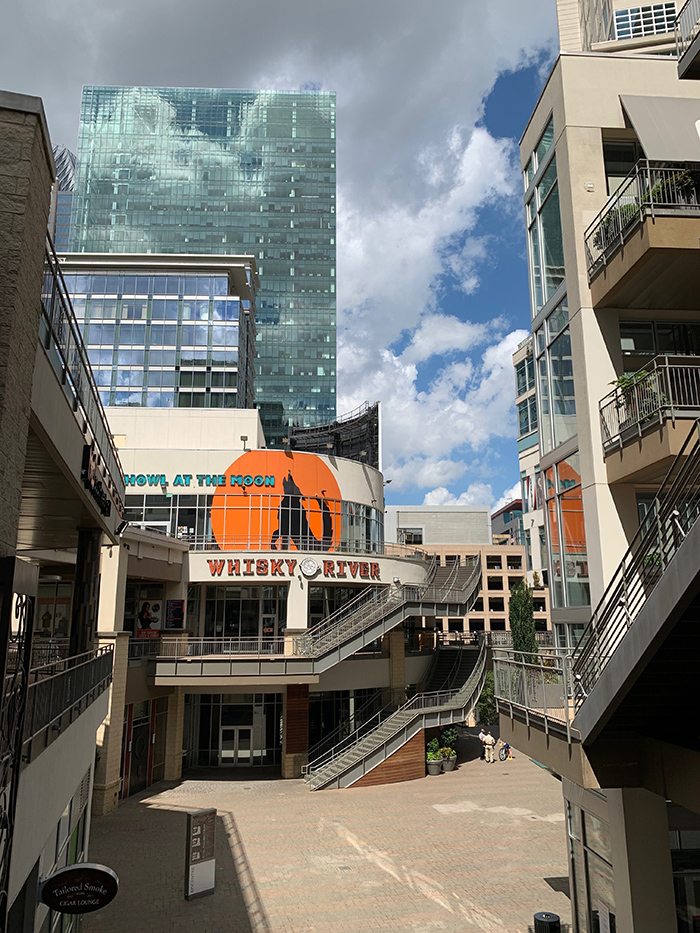 EpiCentre at Trade and College in Uptown

The EpiCentre actually opened in a financial crisis.

But the small businesses that did open were able to find success.

Dale Earnhardt Jr. celebrated the packed opening of his bar, Whisky River, that April with a VIP booth and hordes of his friends, the Charlotte Observer wrote in 2008. The following month, lines of people waited to get into Suite, a sleek nightclub with skyline views. In the EpiCentre’s early days, people waited an hour to get into places like Howl at the Moon and Pavilion.

Now owned by a Los Angeles developer called CIM Group, the EpiCentre over time became a destination for gatherings when big events are in town.

During the 2019 NBA All-Star Game, the EpiCentre transformed into a fan destination with player appearances. The area has hosted countless parties during the CIAA tournament. MSNBC signed a deal to broadcast from the first floor of the EpiCentre during the Democratic National Convention in 2012.

The pandemic may have accelerated the EpiCentre’s troubles, but the place has been in decline for a while.

Over time, the EpiCentre has also seen waves of crime.

An Observer analysis last fall found that CMPD responded to more violent crimes at the EpiCentre in recent years than at any other commercial or residential location in Charlotte. This prompted the department to work to improve its security at and around the property.

Last year, the Charlotte Ledger reported that the property’s owners had big plans to breathe new life into the EpiCentre. But so far, those plans remain a mystery. Current tenants’ fate at the center remains unclear.

CIM Group did not respond to multiple requests for comment. 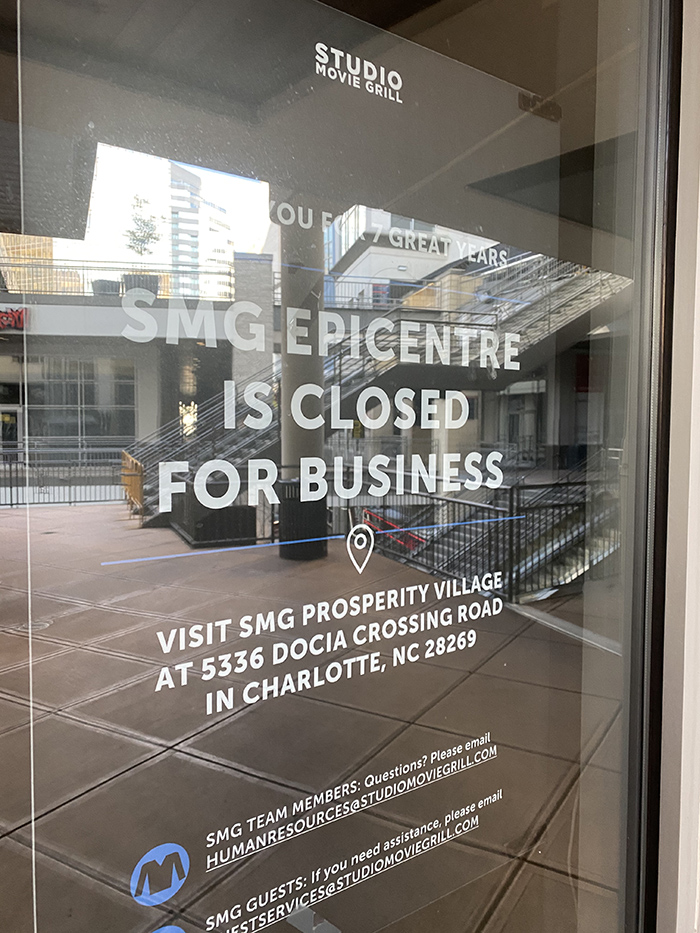 Studio Movie Grill at the EpiCentre

Rooftop 210 at the EpiCentre