I stayed sober through Tuesday’s presidential debate, somehow, but still woke up hungover and filled with regret the next morning.

“Did we really do that, as a country?” I wondered. “Is that where we ended up?”

My stomach turned on several points, but mostly two. Two that are incredibly relevant in North Carolina, this state I love, and this state that might be the most critical state in the country over the next 33 days.

First, the president of the United States was asked to denounce white supremacy, and he didn’t do it. Not only that, he told the Proud Boys, a white supremacist group, to “stand back and stand by.”

Then, he continued to fan flames of distrust on the election process. But this time, he said his supporters should head to polling places to watch over that process.

Fusing the two requests, I felt the cold chill of history.

Before we get to that, though, a disclaimer: If you’re thinking about crashing a polling place for any reason other than to vote, please know, don’t. And if you try to vote twice, it’s a felony with a possible fine of $10,000. If you want to be a legitimate “poll watcher,” which actually has a worthy place in American society, North Carolina has qualifications for that. We simply cannot have people flooding the polls like it’s a football game.

What gave me the chill, though, is that if you put the two comments together, the interpreted message to the Proud Boys might be that they should “stand by” at polling places. There’s a precedent for that, way back in time. And the groups responsible received similarly suggestive messages from elected leaders.

“He legitimized them in a way that nobody in the community expected,” the executive director of an intelligence group that tracks far-right groups told The Washington Post. “In my 20 years of tracking terrorism and extremism, I never thought I’d see anything like it from a U.S. president.”

Vote. [Full Agenda election guide: What to expect from the nearly 40 contests on Mecklenburg’s ballots]

I’ve spent much of the past year looking into the stories of the people behind the Ninth Congressional District election fraud scandal from 2018. I’ve written a book about it with my co-author Nick Ochsner, and it’ll publish next spring.

You probably remember what happened in the Ninth in 2018.

That’s when the apparent winner of the congressional race, a Republican pastor named Mark Harris, held a 905-vote edge on a Democratic war veteran named Dan McCready after Election Night, only to have the board of elections refuse to certify it. Why? The board had been investigating an operation in Bladen County in which people were allegedly paid to round up absentee ballots — a crime in North Carolina. Harris’s campaign hired a firm that hired the person who was the target of that investigation: a chain-smoking, number-counting man named McCrae Dowless.

The scandal was national news for months. It ended, at least politically, when Harris himself called for a new election the following February 2019. He was never charged, but a half-dozen or so local people in Bladen County face felony cases, including Dowless.

How the hell did Bladen County become a place where that happened?

It’s a long and complicated answer that could and does fill a book. But the seeds of it go back decades, through years and years of voter suppression campaigns in eastern North Carolina, outright and subtle, all the way back to Reconstruction.

Beginning with the 1868 election, when 300,000 formerly enslaved North Carolinians were able to vote in a presidential contest for the first time, Black people started picking up elected and appointed offices in North Carolina — everything from the prestigious postmaster position to congressman. Swiftly came the white retaliation. In 1870 the Ku Klux Klan rode through North Carolina towns at night, hollering at Black voters to stay at home or else.

The intimidation efforts continued for decades, before reaching their most violent moment in 1898.

The events of Wilmington in 1898 have received plenty of necessary attention lately since the release of David Zucchino’s excellent book, Wilmington’s Lie, which, if you’re reading this, you must buy.

In short, white supremacists killed at least two dozen Black citizens and burned a Black-owned newspaper to the ground in the only coup ever to take place on U.S. soil.

But what’s often forgotten in the story of the coup is this: It happened on a Thursday in November.

Two days after the Tuesday election.

In the fall of 1898, North Carolina had a malignant tumor known as the Red Shirts. They were a group of angry white guys with guns — not unlike the Proud Boys — and they wanted to kill. But the official leaders of the white supremacy campaign, the Democrats, held up a hand and said, No, wait.

Wait until after the election.

They wanted to harness the rage inside ordinary white voters, and they worried that mixing in murders and mayhem beforehand would only muddy things. Bloodshed would be an inconvenience. Those leaders told the Red Shirts to stand by.

Throughout that fall, the white supremacy campaign’s leaders swirled up baseless rumors of a potential Black uprising and Black riots, and that nonsense only fueled the Red Shirts’ growth. Those Red Shirts galloped into towns throughout eastern North Carolina announcing their presence and spreading fear. They told Black people not to come to the polls. Then, four nights before the election, according to Zucchino’s book, a group of Red Shirts stabbed two Black men with swords in downtown Wilmington. Democrats were furious, insisting that they “forestall violence until after Election Day,” Zucchino wrote.

The white Democrats swept nearly every race that Election Day. Armed Red Shirts stood guard at polling places, and if those polling places didn’t produce results they wanted, they forced the poll workers to leave at gunpoint so that they could throw out Republican ballots.

This all seems so long ago. So long ago that many of us would like it to be from a different country.

Teachers didn’t teach students anything about Wilmington 1898 throughout the 20th century, other than to call it a “race riot.” In 2007, the state legislature considered a resolution to formally apologize for the massacre. When the time came to vote on it, a first-term state representative named Thom Tillis spoke out against it.

Perhaps we should tell the Proud Boys that.

In late August, the group marched through downtown Fayetteville. And after the president made his “stand by” statement Tuesday night, the known hate group posted memes that quoted him, including one that incorporated “Stand Back and Stand By” into their logo. 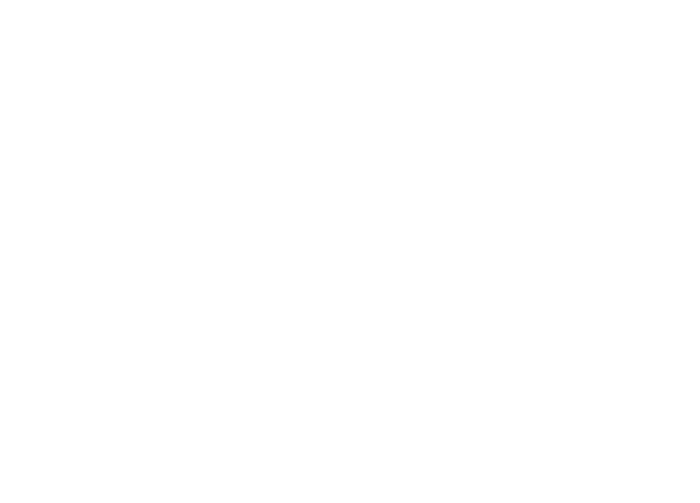 A refusal to denounce white supremacy is participation in white supremacy. I know many white people reading this are tired of seeing that phrase by now, and Lord, so am I. But you know who’s more tired of it? Black people.

On the last Wednesday of every month, I join a group of men to discuss one uncomfortable question about race. It’s a different question every month, usually pertaining to a recent news event. The group is an offshoot of the Women’s Inter-Cultural Exchange, whose mission is to build trust across race and culture. Our group consists of financial advisers and lawyers, activists and artists, nonprofit leaders and doctors.

We met Wednesday morning, nine hours after the debate ended. One of my friends in the room, an older Black man who is from Wilmington, said he needs a break from the news. He said he finds himself, “looking for a rest period, even though I can’t get out of my own skin.”

I get accused sometimes of being biased in my coverage of this or that. That’s fine. I recognized a long time ago that when I publish something, it’s no longer mine. It meets people wherever they are in their stories, and they’ll react to it accordingly.

Tension is higher in an election year. Just last week, Trump and Biden each visited Charlotte. We ran a picture of the president from his visit, but not one of Biden from his. Why? The reason was boring: We didn’t have credentials for Biden’s, but we did for Trump’s. That night, people scrolling through their Instagram commented that our coverage was obviously biased toward Trump. On the other hand, we get regular comments from the right, saying we’re all liberal and fake news media.

So I’ll pull back the curtain a bit on my bias. I’ve spent the past 20 years talking to people from all over this state, the country ones and city ones, the defiant ones on the coast and the defiant ones in the mountains, the Republicans and Democrats, the Tar Heels and the Blue Devils, all of ’em. And after all that surveying, I’ll say this: I’m for democracy, and for elections without voter intimidation from racists, and I’m absolutely against leaders promoting white supremacy.

These shouldn’t be radical thoughts. These shouldn’t be partisan opinions, and they shouldn’t require history lessons. These are basic American principles, to strive toward being a country that allows its people to live comfortably in their own skin.

And if our leaders won’t say it, I guess the burden falls on us. We the people.

Specifically now, we the white people.

by Ted Williams and Emma Way
Most Read
1
SouthPark shift: After calls to protest, the mall will keep No Grease
2
See inside: The most expensive home in Charlotte, built for late Mattel CEO
3
Special report: The last days of “Tent City”
4
Model Olivia Culpo on life in Charlotte with Panthers’ CMC
5
The 4 best barbecue spots in Charlotte — plus 4 more worth the drive
Most Recent Open Jobs