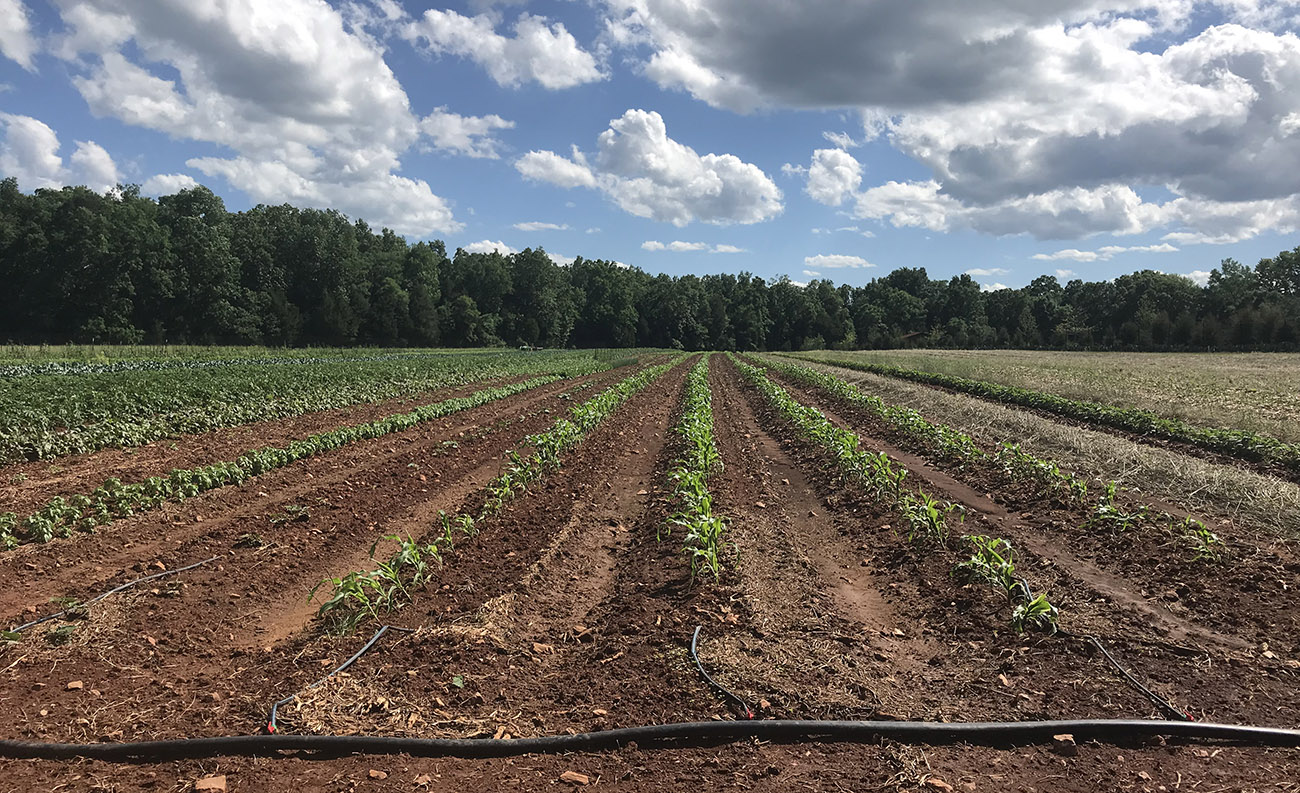 Jenna Wadsworth and Steve Troxler are both farmers who went to N.C. State. That’s pretty much where the similarities begin and end with the two candidates vying to lead North Carolina’s agriculture department.

Although the race to lead the agriculture department isn’t the most high-profile item on the ballot this fall, it’s a consequential one that pits a progressive millennial against a traditional incumbent.

Wadsworth, 31, is a Democrat who sees the job as crucial in addressing climate change, social justice, and food insecurity. She favors the legalization of marijuana. She frequently uses TikTok and Twitter to communicate her message. If she wins her race, Wadsworth, who is bisexual, would be the first LGBTQ person ever elected to the N.C. Council of State.

She’s trying to replace Troxler, 68, a Republican tobacco farmer who has been the state’s agriculture commissioner for 15 years. A small farm owner himself, Troxler has expanded North Carolina’s agricultural exports during his tenure. He’s deeply connected in national agriculture circles. He’s helped bolster the popularity of the the North Carolina State Fair, where he’s also upheld a ban on carried weapons.

On October 2, Wadsworth came under fire for a late-night, now-deleted tweet that appeared to make light of President Donald Trump’s Covid-19 diagnosis. In response, Wadsworth said that her opponents were “attempting to twist my words” for political gain. “I sincerely hope for a speedy recovery for the President and Mrs. Trump,” Wadsworth said.

So, why should you care about the agriculture commissioner race?

The agriculture department is the North Carolina’s main food and drug safety agency. The person who oversees it is in charge of protecting and maintaining the state’s food supply. Agriculture is a massive, $92.7 billion business in North Carolina.

On top of that, the position serves on the council of state, a decision-making board that also includes the governor, plus eight other statewide elected officials. The group meets monthly to discuss matters such as the sale of state property.

The agriculture department is also in charge of meat and poultry inspections, as well as the accuracy of every gas pump, notes Eric Heberlig, professor of political science at UNC Charlotte. 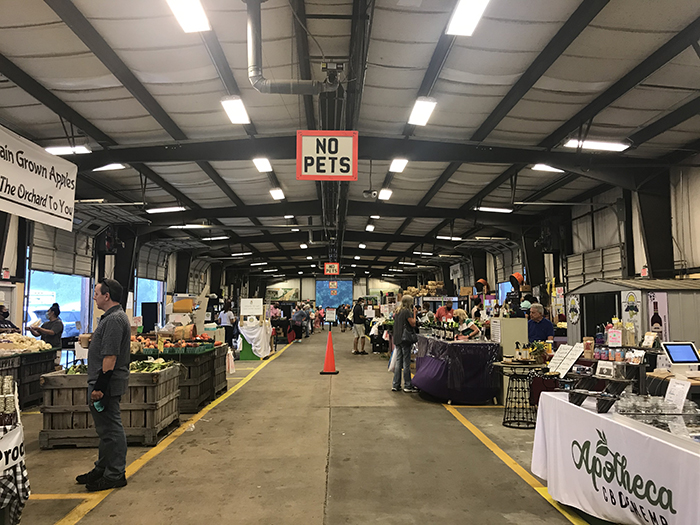 “Those affect you every day. Its soil and water conservation responsibilities affect your water quality. It is in charge of pesticides, which affect the critters that could get into your gardens or eat your food before it gets to the grocery store,” Heberlig says. “It runs the Mecklenburg County Farmers Market and the State Fair.”

Key in this race are issues over how much emphasis we put on less chemically intensive food production methods, as well as environmental concerns or traditional mass-production farming, he adds.

(Note: The Agenda spoke with Jenna Wadsworth for this story. Troxler’s schedule was full, so he provided written responses via a campaign spokesman.)

Jenna Wadsworth grew up on her family farm off a dirt road in Johnston County in eastern North Carolina, where she helped raise hogs, cows, and chickens, and grow corn, cotton, tobacco, and soybeans. She still helps run operations on the farm. 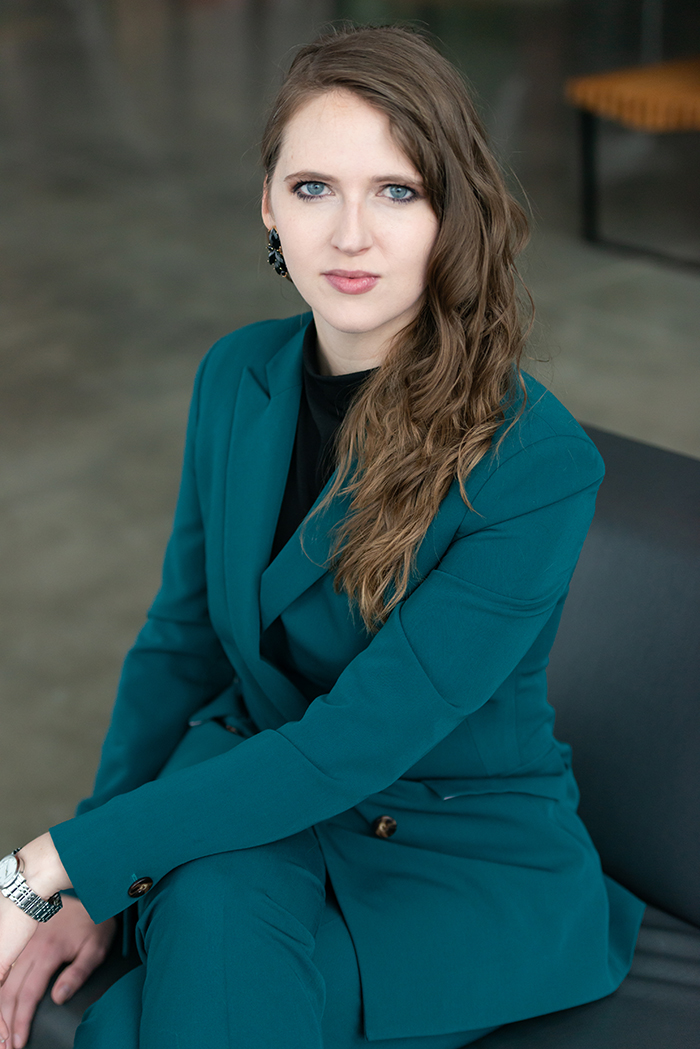 Wadsworth’s foray into politics was a decade ago. As a junior in college, and she became a Wake County soil and water conservation district supervisor.

One of her priorities, if she becomes the state’s agriculture commissioner, is to improve the state’s food supply chain. The fresh produce we eat frequently travels from over 1,000 miles away, Wadsworth says. That erodes the quality and nutritional value of the food.

“It’s absolutely imperative that we make some real transition to more local and resilient food systems that are not only more sustainable, they’re also more ethical and economical in the long run.”

Steve Troxler was raised in Guilford County and opened up a farm with his family in the 1970s. There, he grows tobacco, wheat, vegetables, and soybeans. Troxler is running for his fifth term as agriculture commissioner. 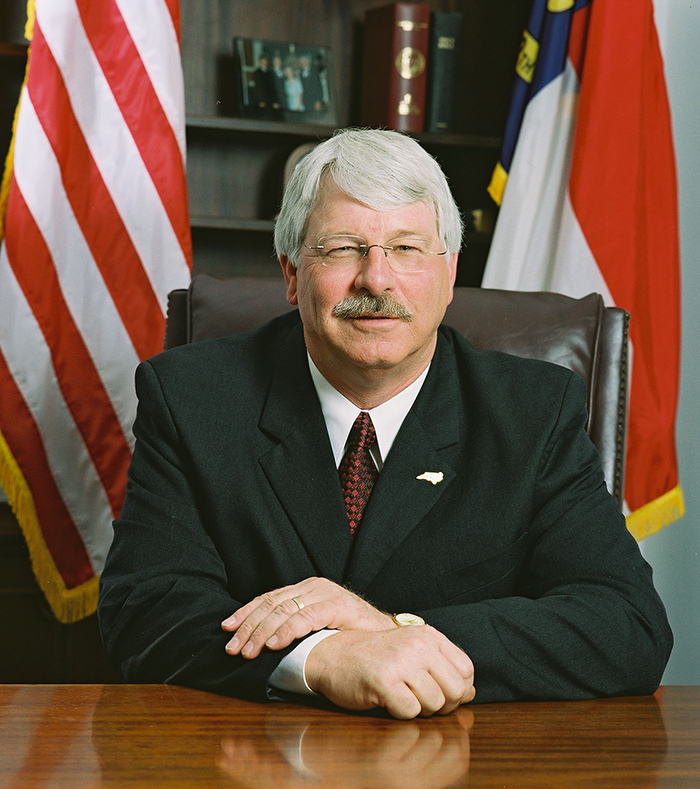 Steve Troxler (courtesy of the N.C. Department of Agriculture)

When Troxler took office, North Carolina agriculture was a $59.6 billion industry. Now, it’s $92.7 billion. Troxler says growing North Carolina’s agricultural production to $100 billion is his top priority if he wins reelection. As commissioner, he’s also helped make the state fair an annual showcase for farmers and the products grown here; the fair attracts more than a million people every year — although this year’s is canceled because of coronavirus.

After the devastation of Hurricane Florence and Tropical Storm Michael in 2018, Troxler secured $240 million in disaster relief for local farmers. The state legislature unanimously passed the measure, and Governor Roy Cooper quickly signed it. “In this politically charged world, that is very rare,” Troxler says. That, he adds, is one of his proudest accomplishment as agriculture commissioner.

“I want to keep helping people, and that’s what the department of agriculture does every day,” Troxler says.

Let’s hear about where candidates stand on a range of issues.

Wadsworth: Climate change will be her No. 1 focus if she is elected. As commissioner, Wadsworth says she would create a division within the agriculture department specifically to address climate change. Prioritizing sustainability issues throughout the department is a key part of planning for the future of farming in North Carolina, she says.

“My opponent basically considers himself to be a hero for getting Democrats and Republicans in the legislature to agree to cut farmers relief checks after the last few major storm events,” Wadsworth says of Troxler. Instead, she says, it’s imperative to address the root cause of the increasing frequency of major storms — climate change.

“We have to have a better solution to dealing with natural disasters than just writing a relief check.”

Troxler: The incumbent notes that he’s especially proud that the state has preserved more than 20,000 acres of farm and forest land through the Farmland Preservation Fund during his time as commissioner. “This not only sequesters carbon but also helps mitigate heat islands,” he says. 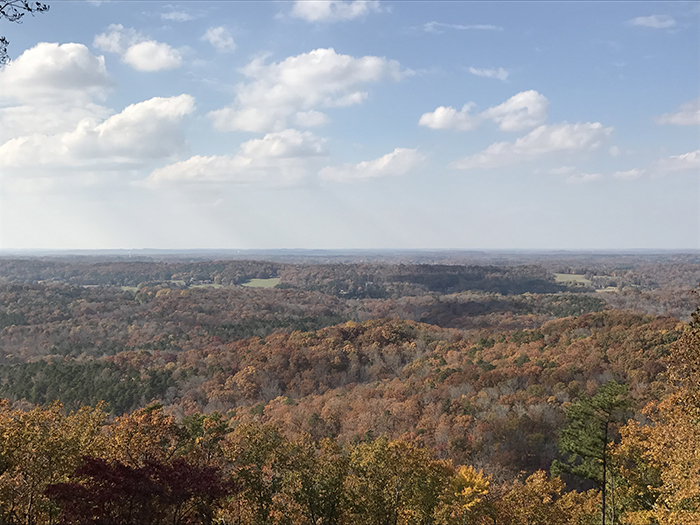 Wadsworth: North Carolina may be one of the most agriculturally productive states in the country, but some residents still don’t know where their next meal will come from. Likely, the pandemic has even worsened the state’s food insecurity issues. Statewide, roughly one in every five children struggles with hunger, Wadsworth notes. “I think that’s absolutely criminal.”

As commissioner, Wadsworth says she would work to put a garden on every school ground. That would help feed children and educate them about food and the climate. She’d also push for wider acceptance of Supplemental Nutrition Assistance Program (SNAP, or food stamp) benefits at farmers’ markets statewide. Additionally, she says she’d work with the federal government to increase the monthly benefit from $16 to $30.

Troxler: Everyone in North Carolina, no matter whether they live in urban or rural parts of the state, depends on agriculture for their food supply, Troxler notes. Even for processed foods like soft drinks and snacks, the state’s agriculture department oversees inspection to make sure they’re safe.

“Agriculture has a moral obligation to help feed hungry people, and that’s what we do. I have a saying that, ‘Hungry people are mean people,’ and our goal is to fix that,” Troxler says. “Making sure you have a safe, abundant and affordable food supply does not happen by accident. It’s hard work.”

In a recent virtual candidate conversation, Troxler said that one thing he can do as commissioner is make sure food is affordable. “That means that agriculture has got to be efficient and the food delivery system is there for all people to be able to take advantage of.”

Wadsworth has slammed large farming corporations for failing to protect workers during the pandemic. Places like meatpacking plants, she says, haven’t provided adequate PPE to workers, many of whom are immigrants and feel obligated to show up to work.

“I am not someone who is accustomed to sitting around and waiting when they see injustices happening or when I can actually step in and do something and make a difference.”

Troxler: Because of the the pandemic, the state is administering four programs especially for small farmers in North Carolina, Troxler says.

“We have a dairy assistance program providing $2 million to help dairy farmers damaged by the pandemic. We also have a program to increase slaughter capacity at small business and fishing operations,” Troxler says.

Additionally, the state is distributing $5 million to food banks and feeding institutions because of the increased need the pandemic caused.

Wadsworth says part of the agriculture commissioner’s job is to improve opportunities for minority-owned farms. In the last century, Black farm ownership has plummeted in North Carolina, eroding the possibility of generational wealth-building for many communities. Wadsworth says if elected, she would work to create opportunities for Black and minority farmers.

“I’m committed to giving a seat at the table to diverse stakeholders, to having Black farmers in the room when we’re discussing policies that would absolutely affect Black farmers,” Wadsworth says.

Troxler says his department is working to help minority farmers take advantage of federal programs that can help lower their costs. Currently too few do in North Carolina, he says.

The agriculture department has a Small Farms division that works with minority farmers, small farmers, and veteran-operated farms, and lets them know what programs are available to them. “We have great programs to assist in organic and GAP programs that help reduce costs dramatically.”

Wadsworth supports reforms to the hemp industry and the legalization of cannabis, which she sees as a social justice issue. The usage of marijuana between Black and white people is roughly the same, but Black people are more likely to face jail time as a result.

“There all there all these new market opportunities that are ripe for the taking that our current commissioner is not acting on,” she says.

Troxler: “I am against the legalization of marijuana but that is a legislative issue.” 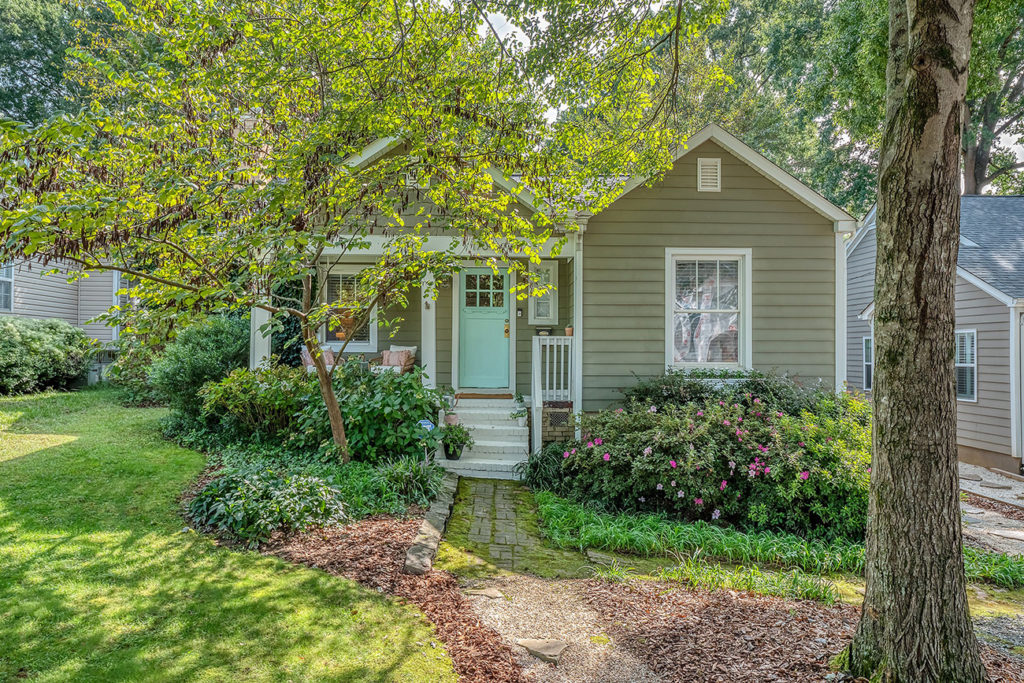