Let’s go back to square one on Eastland Mall 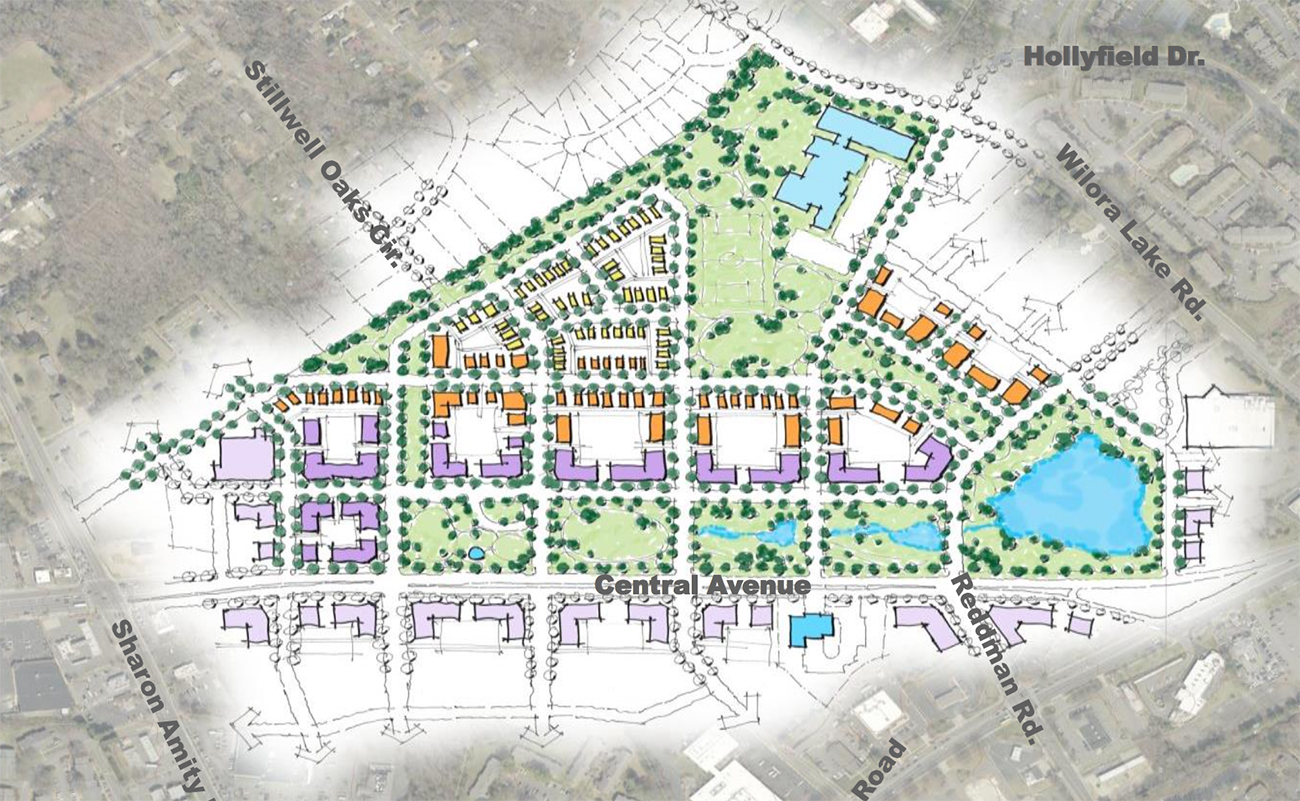 For two years, the former home of Eastland Mall has remained a concrete scar upon the earth.

There have been hopes of turning the area into an economic driver for the eastside, which badly needs one. Once, there were plans to turn it into a movie studio. That failed.

It now looks increasingly likely that the most recent plan to develop the 80-odd acres will fail too. The above map shows what the City of Charlotte has cooked up for the land it now owns (purchased for $13 million in 2012). It’s a mixed-use development anchored by a K-8 school in the Charlotte-Mecklenburg Schools system, buoyed by a park and transit station and relying on hopes of private development.

The city council is set to be briefed on the plans Monday night for the first time. Based on the dissent from another city group that has heard the plans I’m thinking they’re going to be critical. Here’s hoping the city scraps this idea and goes bigger.

Yes, a new school is desperately needed in this area. Less than two miles away, the Albemarle Road elementary and middle schools are two of the most overcrowded campuses in the entire county. They’re operating at close to twice the school’s capacity, which is insane. The principal has to carefully script when each class is able to use the hallway.

But this isn’t the right spot. A school just isn’t going to revitalize the area. No developer has expressed interest in working on the site in the five months since these plans were first floated, the city told me this week.

Eastland Mall’s carcass needs to become a catalyst for economic activity in east Charlotte, much like the mall once was. I’m thinking a major corporate headquarters or some type of business that will be a regional draw. How can we get something like the Topgolf that’s coming to Whitehall Corporate Center to locate here?

The city’s planning commission has the same idea. Chairman Randy Fink wrote a letter to Mayor Dan Clodfelter and the City Council this week urging them to vote against the proposal. He wrote that it “misses an opportunity to increase economic viability” in the eastside. More quotes from his letter:

The planning commission is worried that this plan is a short-term deal that will help the city make some of its money back while ignoring the long-term implications. They’re right. We’ll soon see just how visionary our city leaders are.