A farewell to Bill Spoon’s Barbecue, which closes for good Wednesday after 57 years 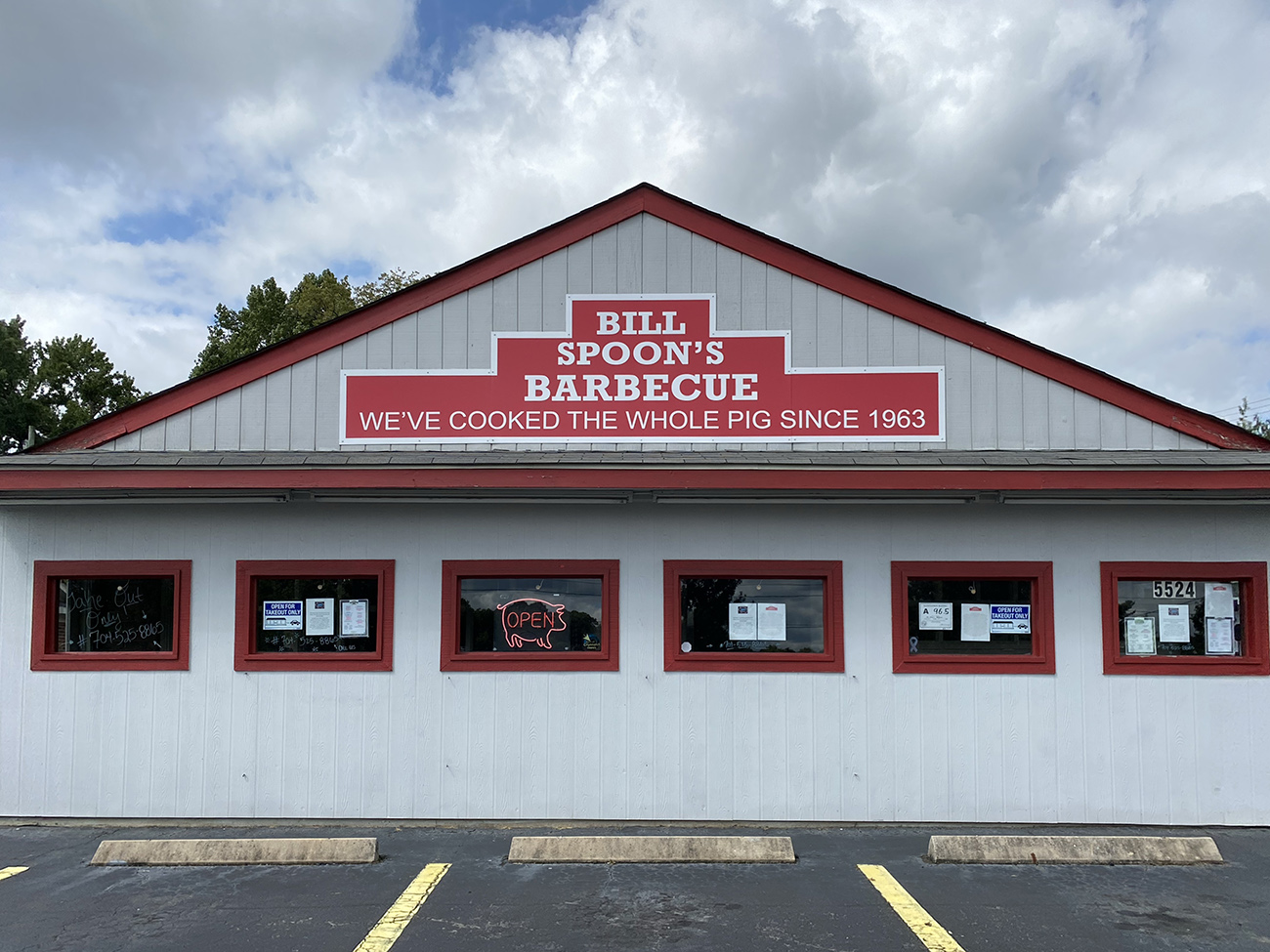 For a girl who lived her first 10 years in Eastern North Carolina, Bill Spoon’s Barbecue on South Boulevard got so many of the details right for me.

There were the disposable plastic plates with little compartments to keep your coleslaw — yellow and mustardy, the way God intended it — from weeping into your chopped pork, while your hushpuppies waited nearby in a napkin-lined basket.

There was the taste of the pork barbecue, made from whole hogs and including meat from all over the pig, mixed with flecks of red pepper seeds and a tiny tang of vinegary “mop,” with more vinegar-based sauce in squirt bottles on the table.

There was banana pudding for dessert, made with vanilla wafers and dished up from big pans.

There was the family feel of the place, with Bill Spoon himself perched behind the glass counter at the cash register, the walls around him fluttering with notes, cartoons, and the shame of a publicly bounced check. 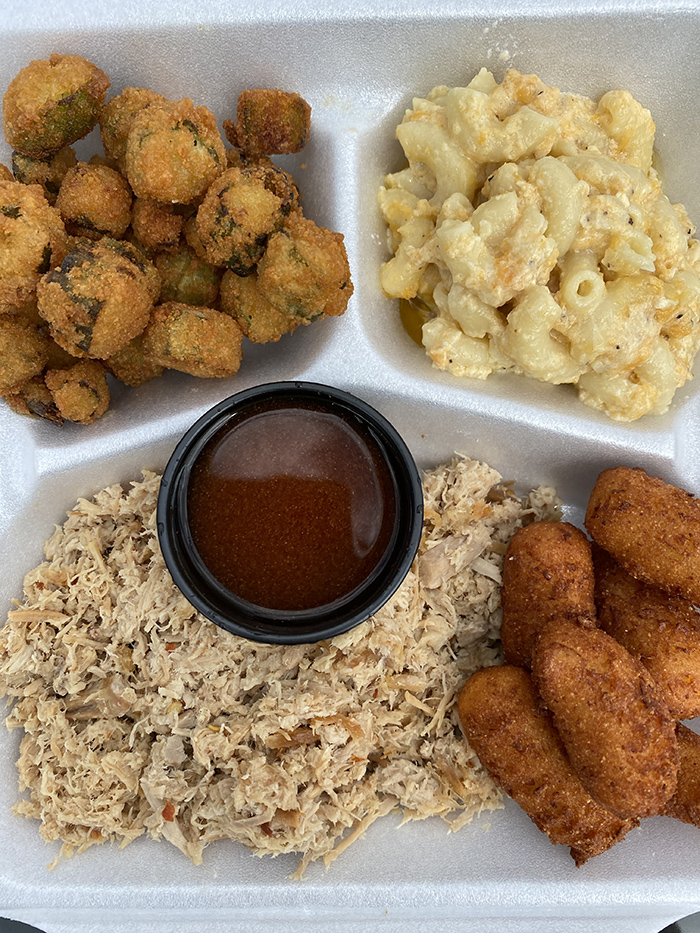 For years, when visiting food celebrities would aim for Charlotte, they would inevitably contact me and ask where to get authentic North Carolina barbecue. I would usually reply, “Get out of town.”

It wasn’t an insult, just friendly advice: For Lexington-style (pork shoulder mixed with a redder, more tomato-y version of vinegar sauce), you could drive up to Lexington itself for the Monk family’s Lexington Barbecue, or you could head to Shelby, for Red Bridges, or you could run over to Gastonia for a sandwich at Kyle Fletcher’s.

For Eastern-style (whole hog, dressed with a sauce of vinegar and red pepper), you had two choices: You could drive east for a few hours and take your pick: Allen & Son (now closed) outside Chapel Hill, or the Skylight Inn or Bum’s in Ayden, or Wilber’s in Goldsboro, or Parker’s in Wilson, the barbecue I cut my baby teeth on. Of course, that was a little inconvenient if you had picked up a rental car at Charlotte-Douglas International Airport and wanted lunch immediately.

Or, I would tell the barbecue fanatics, you could save yourself a lot of time and mileage and just drive over to South Boulevard, where everything from the simple dining room to the barbecue plate was pretty much the same as what you’d get east of the Yadkin River. 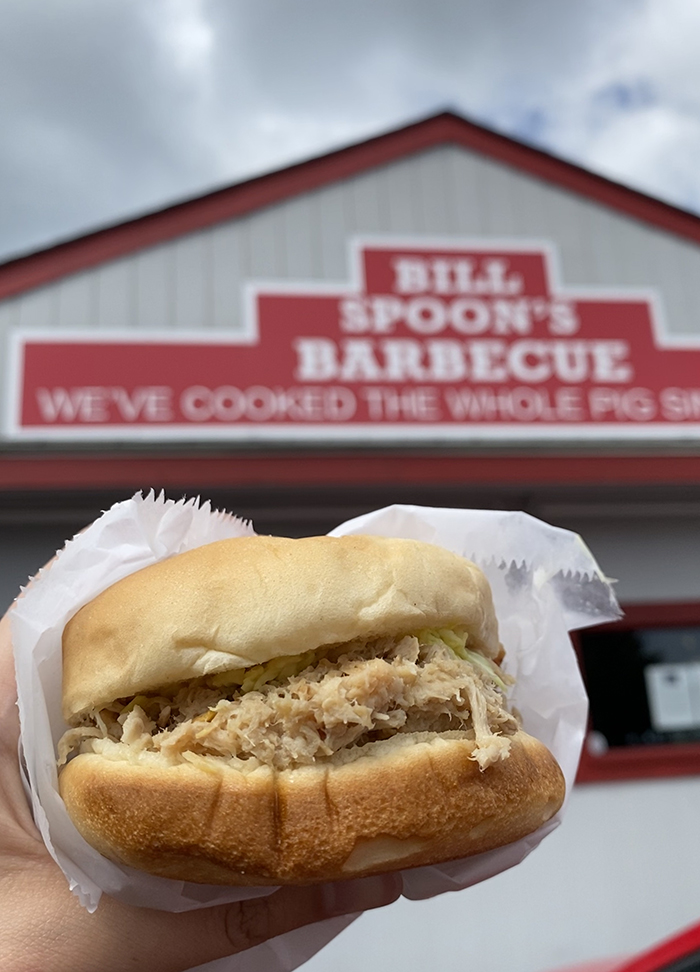 Bill Spoon himself died in 2007. He had been in rough shape for years, and had long handed over the physical work of overseeing the kitchen and the cooking of all those dressed-out hogs to another generation.

It wasn’t the next generation that stepped up, though, and that was the other thing that was special about Bill Spoon’s.

By early 2000, North Carolina barbecue was starting to slide a little. ‘Cue afficionadoes were beginning to lament its end. It’s a hell of a lot of work to slow-cook pork, chop it up, and sell enough barbecue sandwiches to make a living at it. Proper barbecue joints were ending after the first-generation owners like Bill, the guys who had opened in the 1950s and ’60s, were retiring. Their sons and daughters weren’t interested in working so hard for so little. 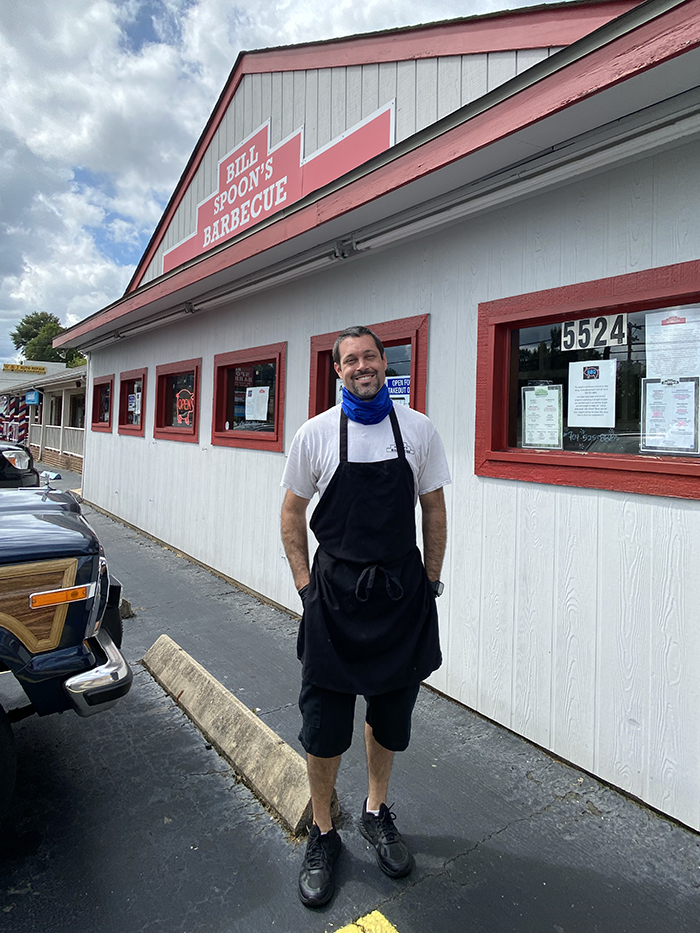 At Bill Spoon’s, it was the third generation that stepped up: That was Steve Spoon Jr., Bill’s grandson.

Stevie, as most of us called him, let his grandfather take a seat while he took over running the place. There was a continuity in that, a reassurance in knowing that some places will just be there.

Like Brooks Sandwich House, and Price’s Chicken Coop, and Beef ‘N Bottle, Bill Spoon’s was one of the compass points for long-time Charlotte people, one of the places that was so familiar, we could use it to chart the course of food here.

If all the hard lessons of 2020’s season of terrible teaches us anything, it’s that: Those places don’t last, can’t last, if we don’t make sure of it.

Kathleen Purvis is a freelance writer in Charlotte who covers food and Southern culture.

Get it before it’s gone: Bill Spoon’s last service will be on Wednesday, September 16. They’re only doing takeout and curbside pickup due to the ongoing pandemic. Call 704-525-8865 or just show up and park near the door to place your order. 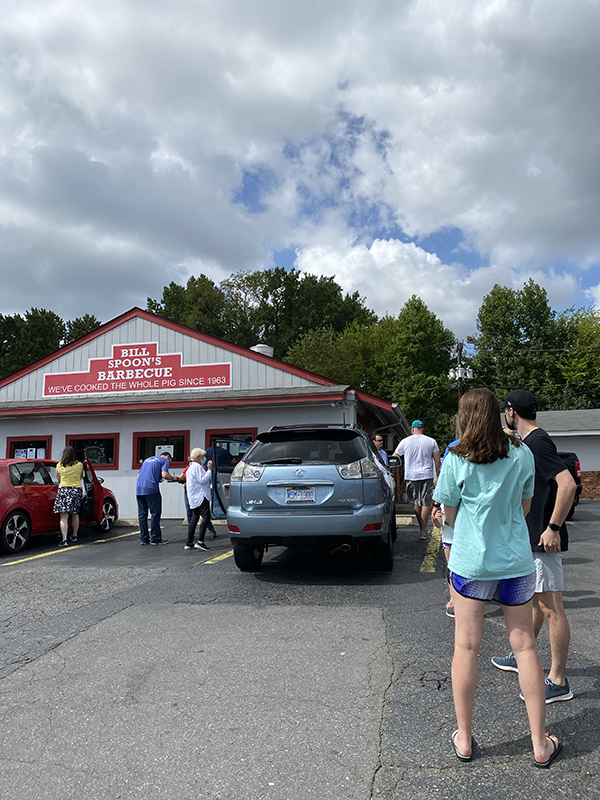 A line formed outside of Bill Spoon’s an hour after the closure was announced on Facebook. “Charlotte, we will miss serving you,” Steve Spoon posted on Facebook on Monday. “We thank you for being a part of our lives, for enjoying BBQ as much as we have, and for all of the many memories we have made along the way.” 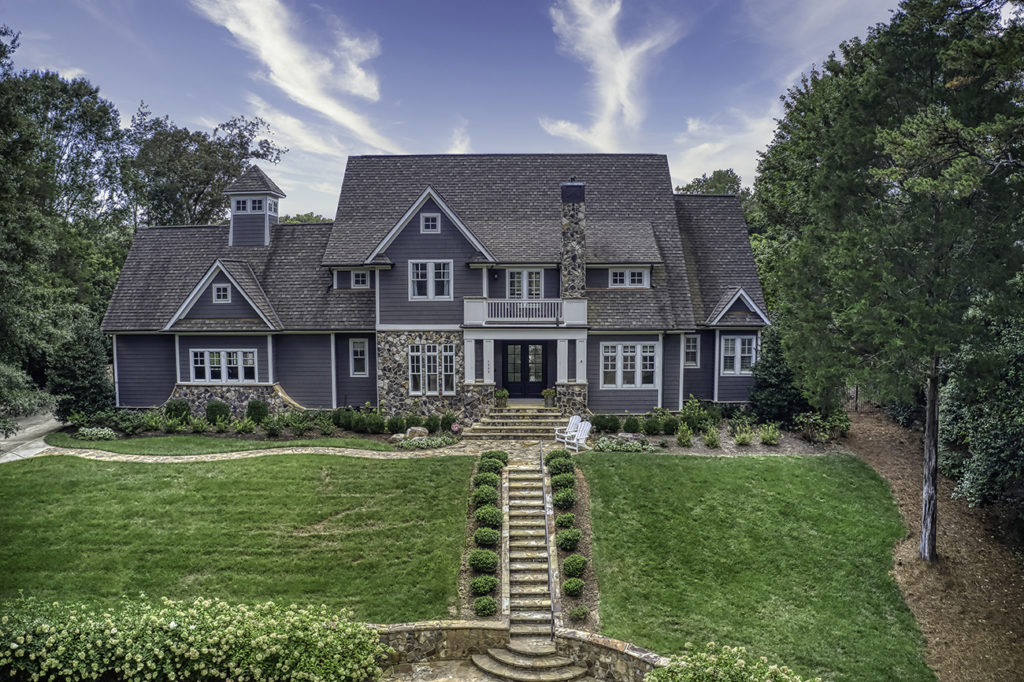 NFL quarterback Josh McCown’s Carmel Park home is on the market for $3.95M