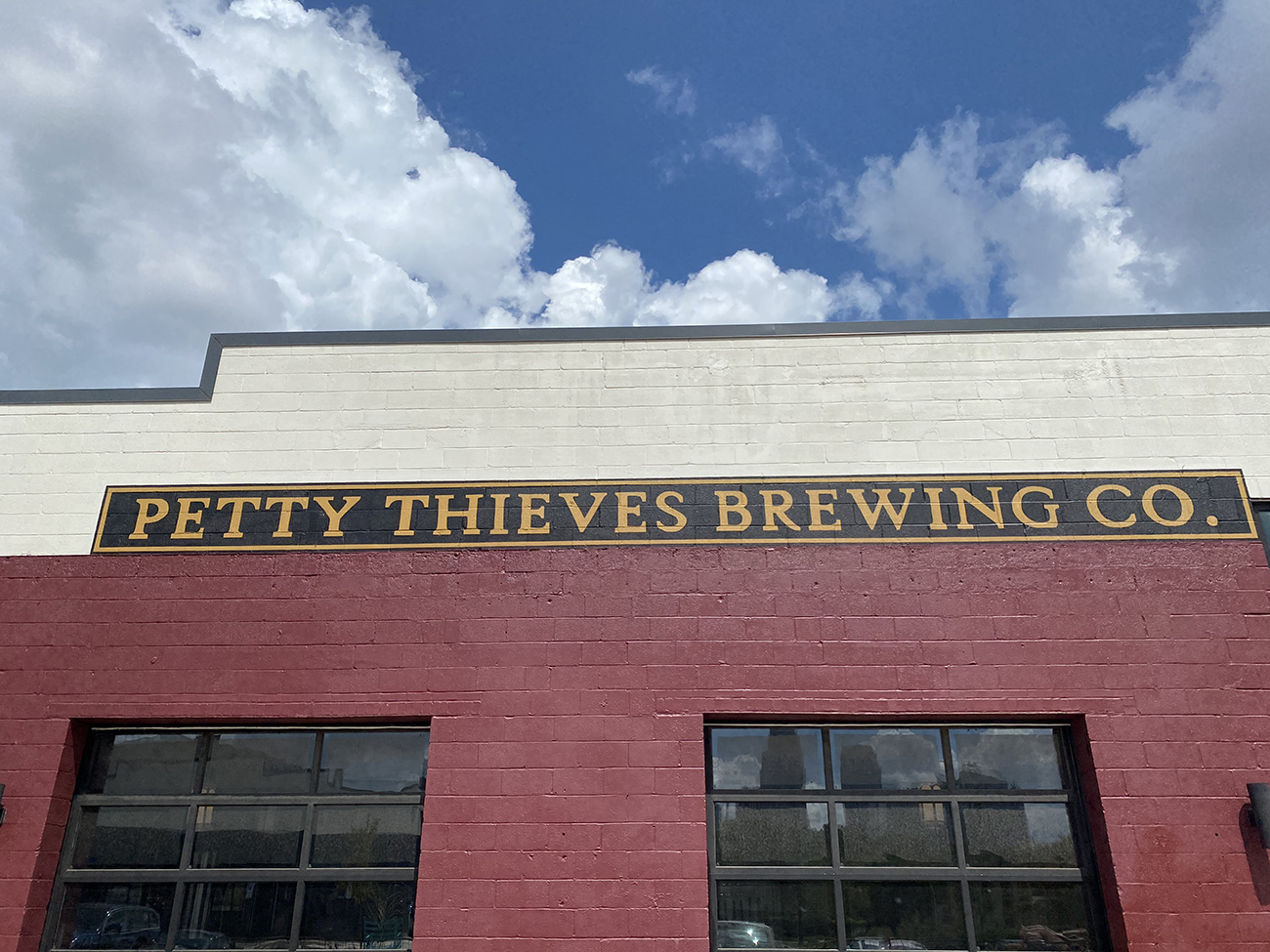 I can see the comments on social media now: Another brewery?! Yes, Petty Thieves Brewing Co. is another brewery opening in Charlotte. Here’s what makes it different.

Founders Ted Rosenau and Greg Calabria started in the industry like many brewery owners do, through home brewing. The colleagues-turned-friends have been brewing together for 15 years, selling their brews at pop-up markets across the city.

Opening a brick-and-mortar location has been a long time coming. Instead of buying a flashy space in South End, Rosenau and Calabria wanted to be closer to the city in the North End.

Petty Thieves is only a half-mile outside of Uptown making it one of the closest breweries to center city right now.

And instead of paying teams of builders, they did much of the construction themselves. “Everything besides the studs in the wall, we built,” Rosenau says. (They also got design help from Cluck Design.)

It’s all part of the “DIY” vibe they’re going for. Most of the furniture has been thrifted, and when I arrived a day ahead of their friends and family night last week, team members were power washing vintage patio chairs.

The 5,000-square-foot space has a large outdoor patio with a view of the skyline, plants, and a fire pit. Inside, there are couches and other lounging zones. 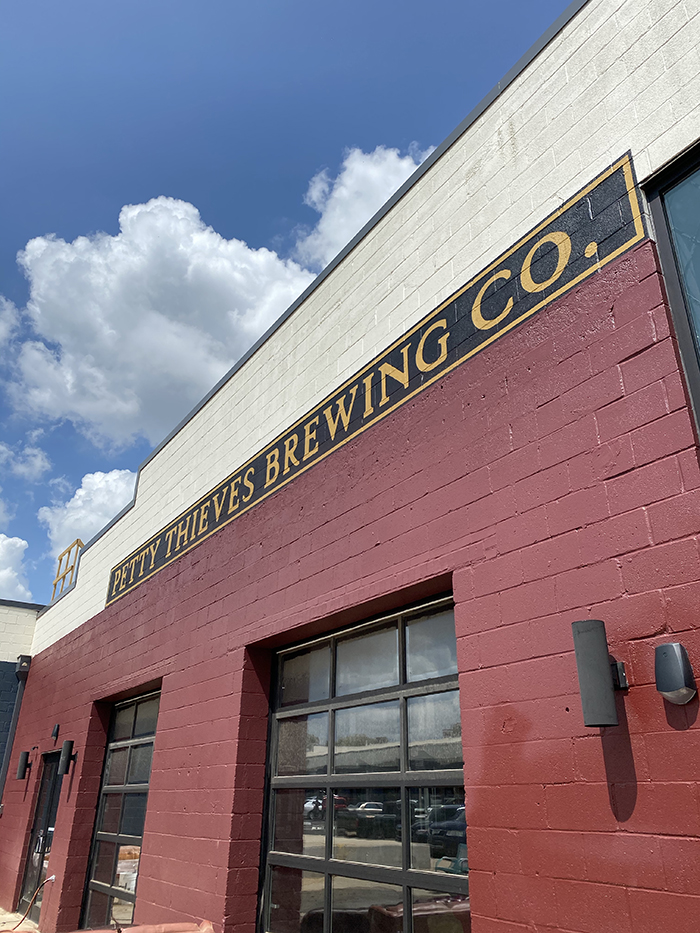 Beer: While some breweries are known for one style of beer — for example, Resident Culture is known for its IPAs — Petty Thieves is “not specializing in anything,” head brewer Ryan Walsh says. There will be historic and smoked beers, and it’ll be saison heavy with at least three different saisons. In total, expect 11 beers to start.

Future plans: One day, Calabria and Rosenau would like to add a coffee program onto the brewery.

Hours: Petty Thieves is planning to be open Wednesday through Sunday, opening in the afternoon or evening on weekdays and 11 a.m. to midnight on Saturday and Sunday. Hours may change.

Location: The exact address is 413 Dalton Avenue, Suite B. It’s located just north of Uptown and south of Camp North End. It’s not far from the Music Factory.

More brewery coverage: Complete list and map of Charlotte’s local breweries, plus the most popular beer at each 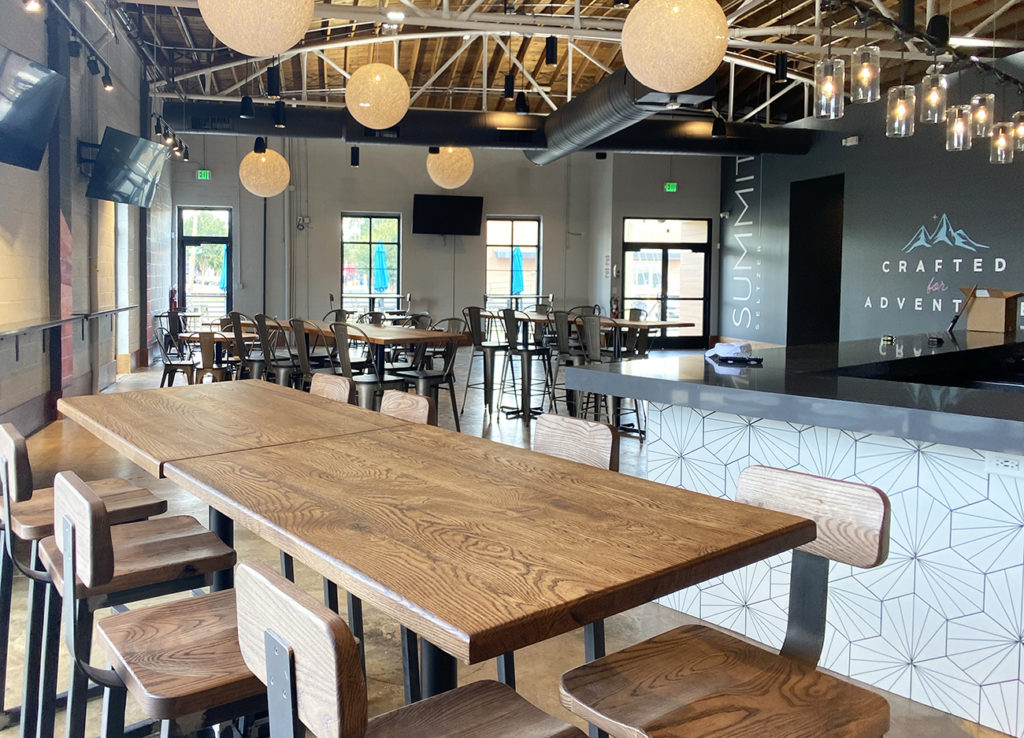