The future of Beatties Ford, in renderings and promises 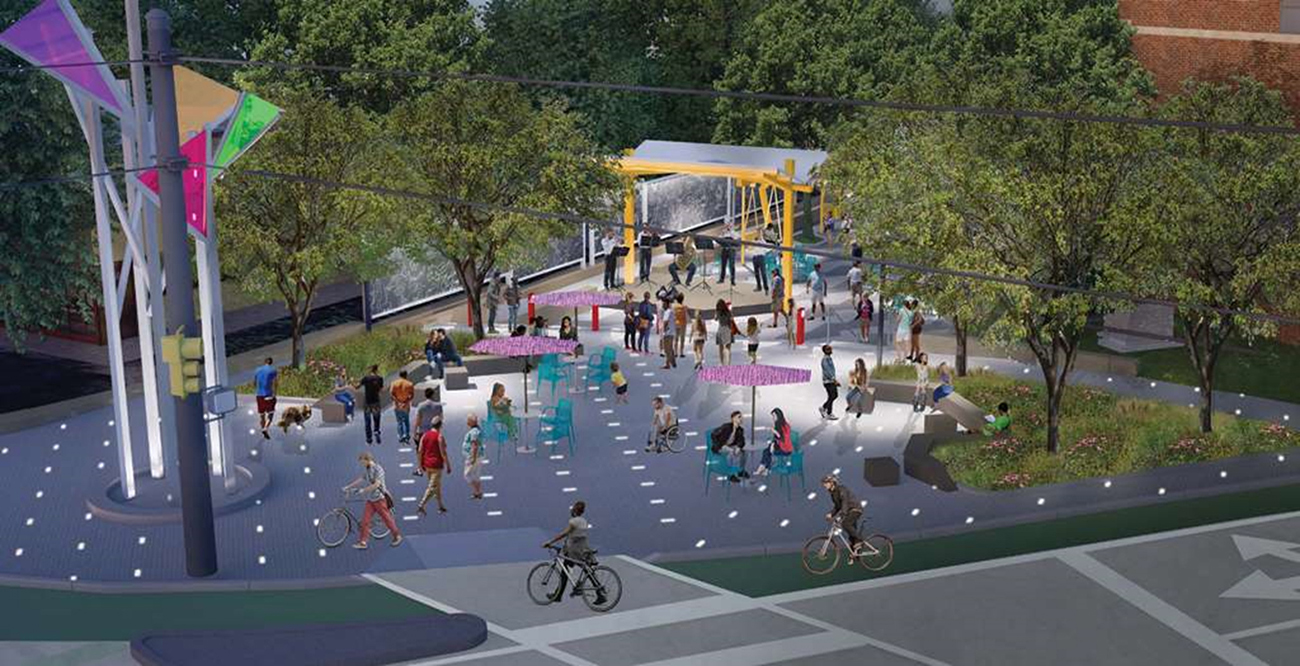 For all the green shirts and signs they put up, it was hard to miss the one behind them for the Burger King.

That’s where a young man named Danquirs Franklin was shot and killed by police 18 months ago.

For all the smiles and elbow-bumping now, it was hard to forget that just down the street was where four people died after a mass shooting this past June.

And for all the talk of how good everything would be, just across the parking lot were people staring out their storm doors, wondering what was happening now.

Most of Charlotte’s leadership — the mayor, the police chief, the city manager, council members, and commissioners — met and cheered under tents on Beatties Ford Road on a rainy Wednesday to show pictures and talk about the future.

They were here to unveil the first phases of the corridors of opportunity program. It’s a $24.5 million investment in six corridors throughout Charlotte. And Beatties Ford — which connects several historically Black neighborhoods — is up first. It’s a proud stretch of street, with many residents who’ve lived there for more than a generation, and several Black churches that form a sort of faith hub each Sunday.

But it’s also seen its share of hurt. And that’s what city leaders said they were here to try to fix, even if some in the crowd wondered if prosperity would lead to a different kind of pain.

The money for the “corridors of opportunity” was approved in the most recent budget cycle. It goes mostly to gap funding for projects, with the aim of helping local investors finalize property deals and developments, and to keep the land and buildings out of the hands of parachute investors.

Wednesday’s announcement focused on projects at three intersections along Beatties Ford. Here they are, starting with the one closest to uptown.

West Trade / Fifth / Beatties Ford / Rozzelles Ferry intersection: This intersection, known as Five Points, has Johnson C. Smith on one side and the Mechanics & Farmers Bank on the other side. For historical context, the parking lot of M&F Bank used to be the home of a minister named Herman Counts Sr., who raised four children there, including a young girl named Dorothy, who became the civil rights legend who helped integrate Charlotte’s schools.

Now it’ll be a gateway to the west end, city leaders said Wednesday. Most of the work here is already under way, and a good few projects will be completed soon. A Five Points Plaza is set to open later this year. And Dianna Ward, who moved to Charlotte 20 years ago, is the majority owner of a firm that bought a 6,200-square-foot property at 1800 Rozzelles Ferry Road. Grubb Properties is financing the renovation of the building and already several tenants are lined up, including a pharmacy, a sweets shop, and a pizza place. 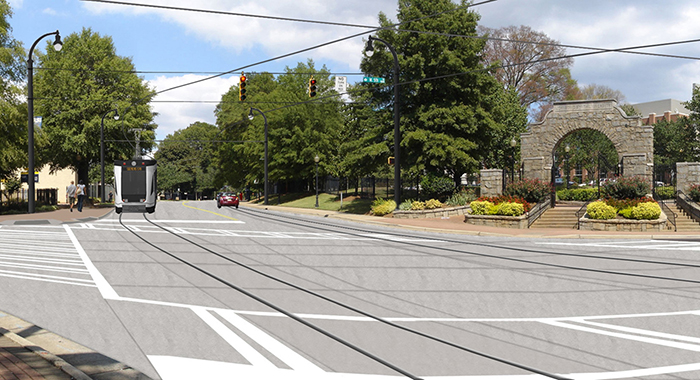 The Gold Line streetcar should have test cars running on it by the new year, councilman Malcolm Graham said Wednesday. (Rendering courtesy City of Charlotte)

Rendering of the 1800 Rozzelles Ferry project. Dianna Ward, a longtime resident of west Charlotte, is the majority owner of the firm that bought the property last year. QCity Metro first reported on her project. (Rendering courtesy City of Charlotte)

Beatties Ford and Oaklawn/Booker: On the Oaklawn side of the intersection is McCrorey Heights, where numerous civil rights leaders lived in the 1950s and 1960s. On the Booker side is Washington Heights, created in 1913 for middle-class Black families in an era when south Charlotte’s Dilworth and east Charlotte’s Elizabeth were only open to white families.

The CGE Venture Group, led by Will Hughes, who grew up off of Beatties Ford, has acquired three small pieces of land at Booker and Beatties Ford, and has developed plans for a mixed-use facility. 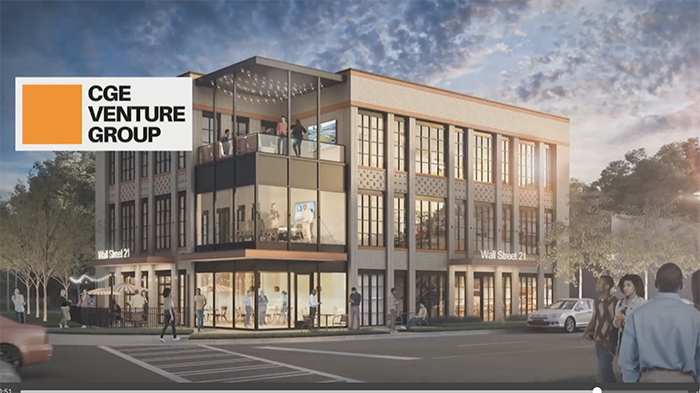 Rendering of CGE’s project at Booker and Beatties Ford. (Courtesy City of Charlotte)

Beatties Ford and LaSalle: Commercial Developer Christopher Dennis of E-Fix Development Corp, will have a project here. Officials said details will be released on that project within the next 60 days. 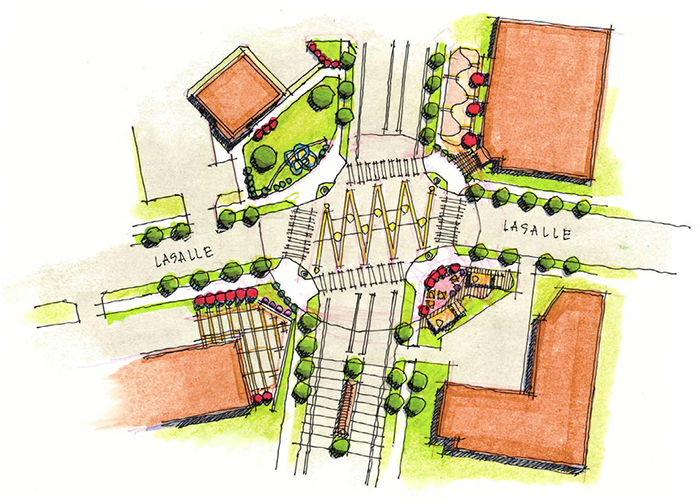 Sketch for LaSalle and Beatties Ford (Courtesy City of Charlotte)

Dalebrook Recreation Center: Wednesday’s announcement took place on the site of the old Dalebrook Professional Center (2506 Beatties Ford), which was built after World War II and housed numerous Black-owned businesses. The first speaker was real estate agent and investor Roger Parham, a member of Friendship Missionary Baptist since 2002. Parham announced that his firm had acquired the land. He doesn’t have plans for it yet. 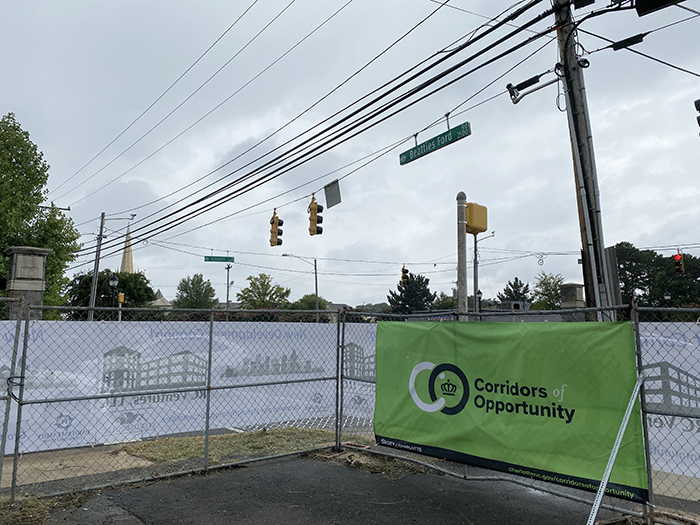 The corner of Gilbert and Beatties Ford in west Charlotte, across from the Allegra Westbrooks Regional Library.

Malcolm Graham is the city councilman for the district around Beatties Ford, and he’s made the area his focus. He spent Wednesday going door to door with code enforcement officials, telling tenants and owners to call 311 for code violations. “A lot of people are hurting — financially, spiritually,” he said. “People are ready for change.”

He said that the residents he spoke with want to feel safe first. Only then, he said, can they focus on other things like making money. He welcomed Charlotte-Mecklenburg Police chief Johnny Jennings. “We want strong law enforcement,” Graham said. 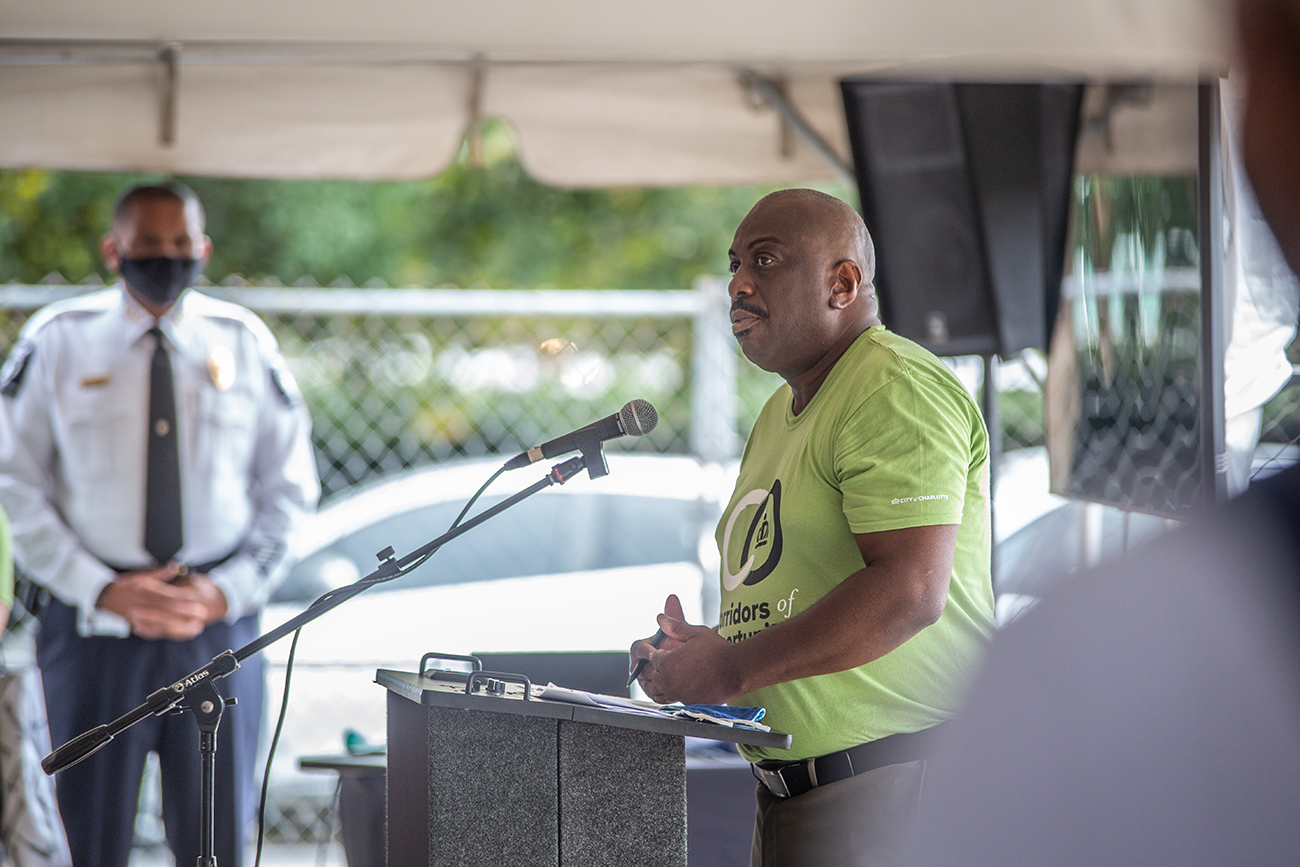 City council member Malcolm Graham, with CMPD chief Johnny Jennings on the side (Photo by David Flower, City of Charlotte)

Graham said the goal is to invest in the neighborhoods without displacing people who live there. But some community members in attendance were skeptical. And after all, many people who live on Beatties Ford are just one or two generations removed from the people who were forced to move out of Second Ward during urban renewal in the 1950s and 1960s. Their hesitance comes because of the history.

Graham said he’s working with local church leaders on preventing gentrification through programs that help locals buy their homes. For his part, Parham said he wants his development to create jobs for people in the neighborhood. And Graham highlighted Hughes and the Booker Street project: “This is what we all want, a young man and his investment group from the community that lives in the community, that’s investing on the corridor.”

The five other “corridors of opportunity” that will benefit from the $24.5 million in funding are: 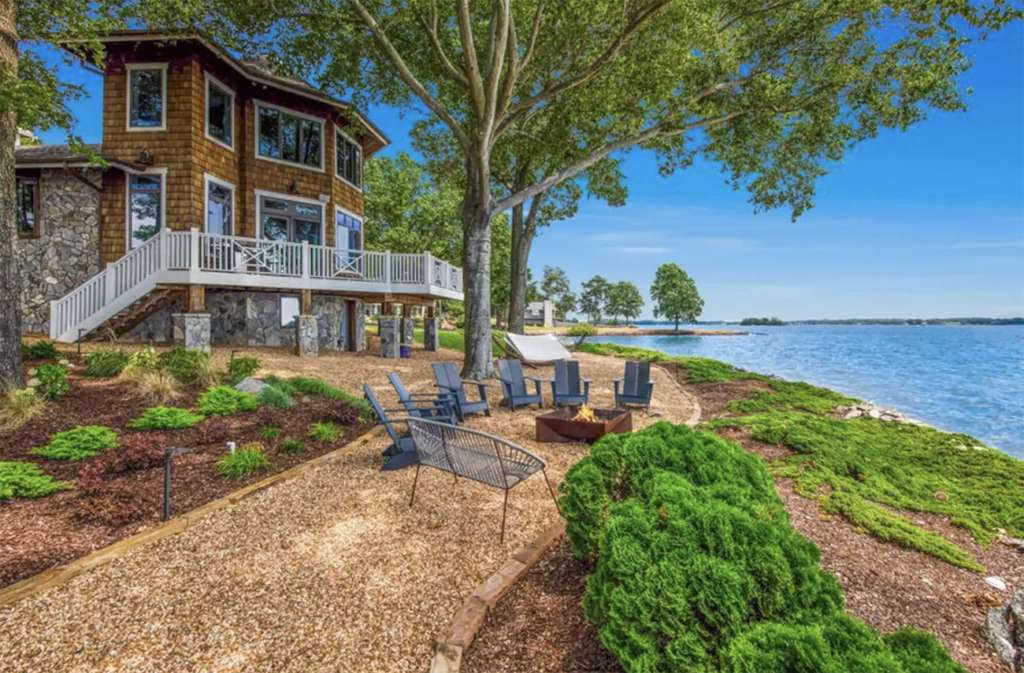 8 stunning Airbnbs on the lake, starting at $300 a night