Virtual Blind Date: Nick borrows a dog to impress Courtney, but the connection just isn’t there 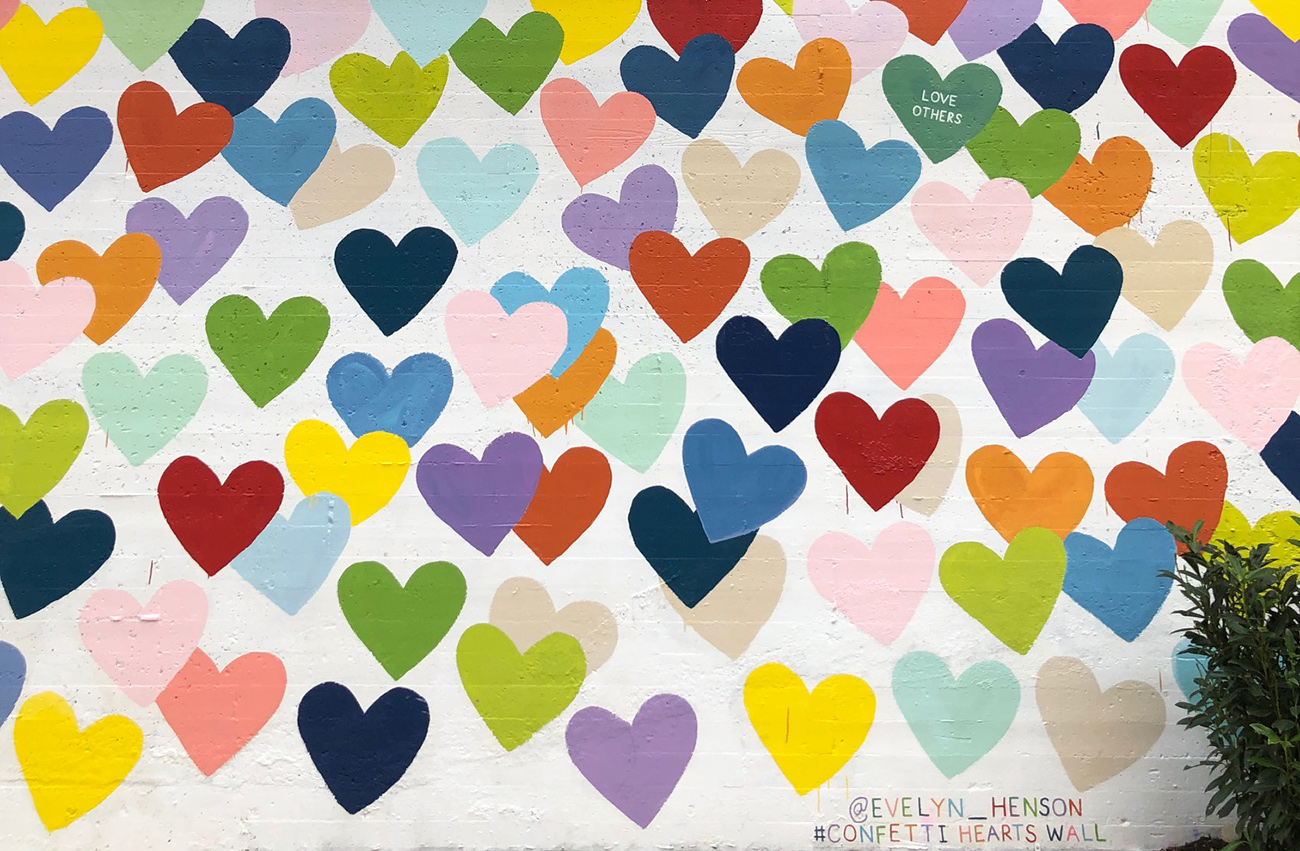 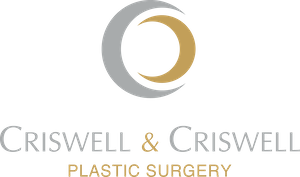 Our Blind Date series is proudly presented by Criswell & Criswell Plastic Surgery. Husband and wife team, Dr. Bryan and Kara Criswell, know how important it is to find someone who brings out your best features. Here’s to finding the Criswell to your Criswell.

NOTE: Due to the coronavirus pandemic, all dates are currently virtual-only. If you’d like to be considered for a virtual date, click here to apply.

Responses have been edited lightly for clarity.

For this month’s Blind Date, I set up another Zoom date. This time I threw the game Heads Up in the mix. You know the one. You hold up a card with a word on it and your partner has to describe it to you. You try to guess as many as you can before the time runs out.

And now, let’s meet our players.

First up is Nick. He’s 25 and works as a consultant. He loves boating, cooking, golfing, hiking, and reading. He describes himself as “motivated like McCaffrey, enthusiastic like Eric Church, and willing to risk it all like John B.” Probably one of the more creative “about me” sections I’ve seen in the many profiles I’ve sorted through. He’s looking for someone who is “smart, funny, and willing to motivate me to be the best version of myself.”

Then there’s Courtney. She’s 24 and works in medical sales.  She loves hanging out with family and friends, going to concerts, shopping, being outside, and watching and playing sports. She describes herself as a young professional who is relatively new to the Charlotte area. She says she’s “always up for trying new things and going on adventures.” She’s looking for someone who “values family and friendship, has a good sense of humor, and is ambitious.”

Here’s how it went:

Had you been dating prior to the pandemic? Any virtual dates?

Nick: Nope, this was my first virtual date. Obviously it’s always better to meet someone in person, but I’m open to new things.

Courtney: Well, I just moved to Charlotte in February, right before the pandemic. I was only here for a month before things started shutting down, so this was my first virtual date.

Was the concept of a blind date more, less, or equally as appealing as meeting in-person?

Nick: I didn’t have too many concerns. I was more just anxious to meet my date. Once I found out I was going to be doing this, I called up my friend, and was like, “Hey, can I borrow your dog?” Hendrix is just the number one wingman. He did great. I thought it would help with the mood and everything. A virtual date was a little less appealing than an in-person date, but it went better than I expected. I mean, you have the comfort of being in your own home, which is obviously nice. From that perspective it’s fine. But you don’t really get the whole vibe just from talking to your camera.

Courtney: I wasn’t really concerned about anything. I guess I just got your typical like first date nerves, but the whole virtual aspect has some good parts. Like, I didn’t have to worry about taking time to get to wherever I was going. I was in the comfort of my own apartment. I guess it was more appealing in the sense that some of the stress of it goes away. But it was also less appealing in the sense that I really like going out and doing things, so it was obviously lacking in that. 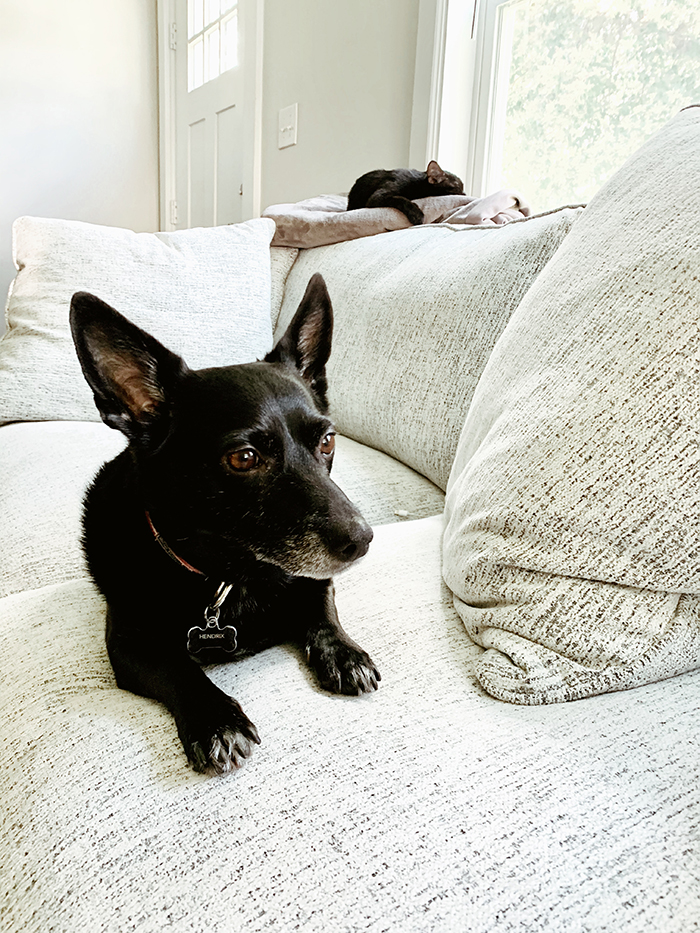 Hendrix, the aforementioned wingman, seen here in his natural habitat.

Nick: Um, I would say probably about a five or a six. You know, there are conversations you have with people and you just really connect. You’re kind of firing on all cylinders. I don’t know if it ever got to that point. But I think as the date went on, it got progressively better. Obviously there’s that initial part when you’re just a little bit nervous. I mean, we chatted for like an hour and a half or maybe two hours.

Courtney: I’d say it was like a seven. He was really easy to talk to, and we had a few things in common. But I think it was like your typical first date, where there was some awkwardness there. But overall, it was a pretty good conversation.

It’s hard to gauge chemistry through a computer screen, of course, but on a scale of 1-10, how would you rate yours?

Nick: Probably a five. We had a couple of things in common. But yeah, I think that the Bunsen burner got lukewarm, but not enough for a chemical reaction. There weren’t any awkward pauses or anything. It was a fluid conversation, but it was just kind of missing that “it factor” if that makes sense.

Courtney: I would say probably about a six. He seems like a really nice guy, but I think it was the combination of it being a first date and that it was virtual. I think he was a little shy. But again, we did have some things in common.

On a scale of 1-1o, how would you rate the date overall? Will you meet up when normal life resumes?

Nick: Overall, I’d probably say a six. She was a really sweet girl, career-driven, smart. But yeah, I don’t think she was my person. That being said, I’d definitely like to be friends with her. I’ve got a good friend group where we’re always doing stuff, so I could definitely see that happening.

Courtney: I’d say a seven again. It was fun. We spent probably the first hour or so just talking and getting to know each other, and then we played Heads Up. And that led to more conversation. He also came up with really good icebreaker questions, so that was fun. I’d be willing to hang out with him again. Like I said, I think it’s hard to gauge chemistry through a screen, but he seemed like a nice guy and we had some things in common.

Do you have any tips for someone else considering going on a virtual date?

Nick: I mean, the biggest thing is you have to get creative. It’s definitely a little hard. I did some research ahead of time, but it was sort of hard to find things online. Heads Up was good, and then I came up with some questions, too. I tried to make them creative and funny. I think if you’re lighthearted about it all then it’ll go a lot better. Oh, and if you’re playing Heads Up, just make sure your Hinge notifications are off. Nothing happened, but I was definitely worried about it. When we were doing that I was like, “Ohh, I should have done that ahead of time. Didn’t think about that!” (laughs).

Courtney: I’d say do it. It’s definitely something different. I mean, really, what do you have to lose? I had a good time.

PARTICIPATE: Want the chance to get matched? Tell us about yourself in quick Agenda Blind Date Survey. Then the Agenda plays matchmaker by sending couples out on virtual blind dates. To see past installments of the series, click here. 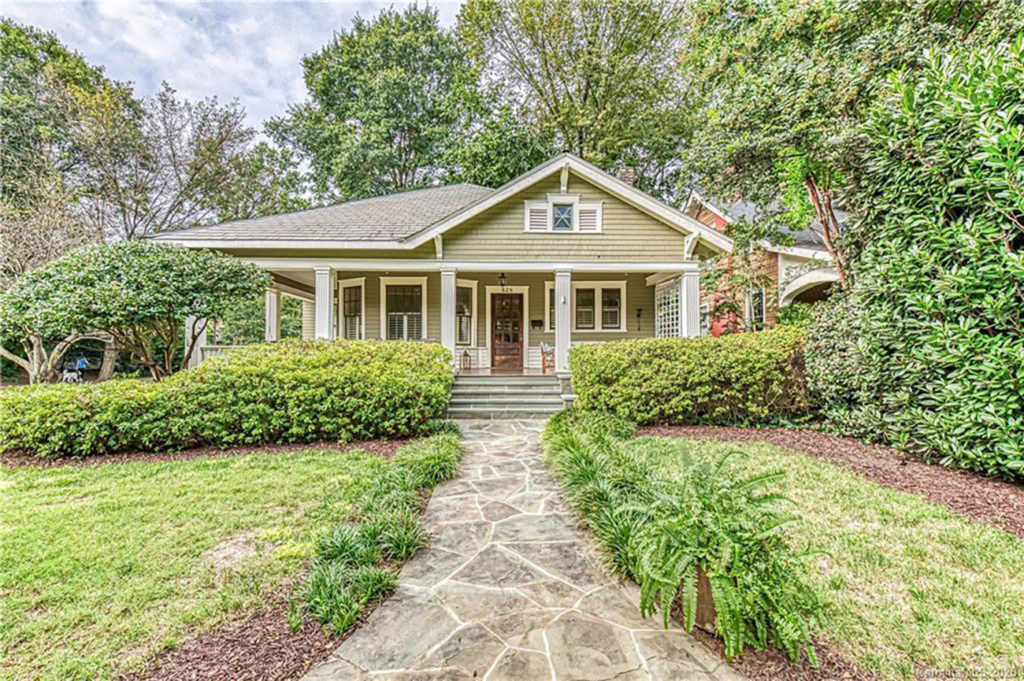 Hot Homes: 10 bungalows, craftsmans, and cottages for sale in Charlotte