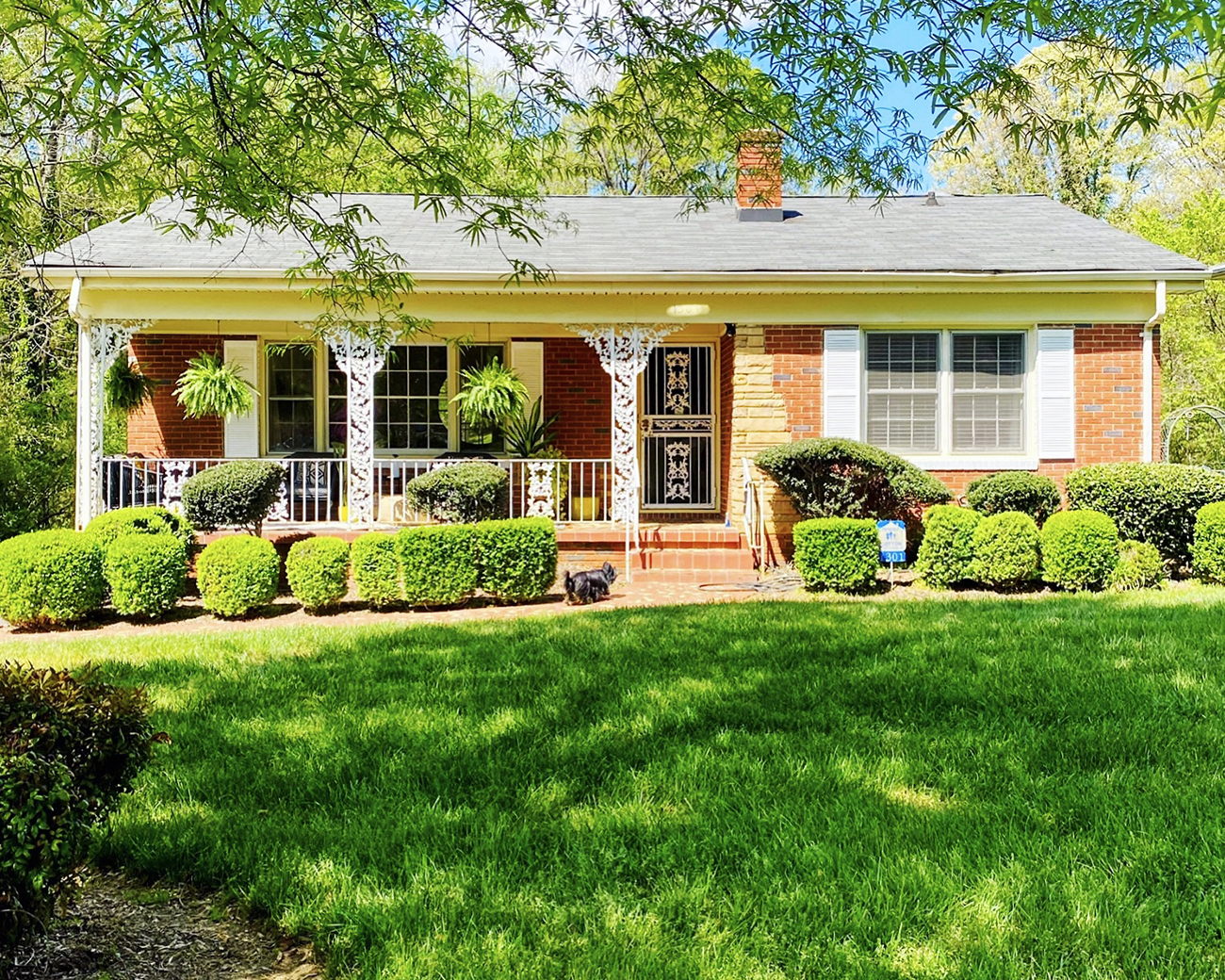 TaLaya Brown and her husband, Kerrick, inherited their Oaklawn Park ranch-style home from Kerrick’s grandparents in 2016. She’s documented the experience of intentionally living small — without sacrificing style — on her Instagram, @ourbrickhousestyle, ever since.

“We are extremely proud of our home, and of the story behind it, and of the neighborhood we live in,” TaLaya says. “It’s important that we share our story of living in a family home that my husband inherited from his grandparents because there are people who have this same opportunity and we want them to take advantage of that.”

Who: TaLaya is the owner of Artisan Nail Studio, and Kerrick works for Mecklenburg County. They also have a 10-year-old pup named Honey. Kerrick, TaLaya, and their 10-year-old pup named Honey. (All photos courtesy of homeowners)

The house: The single-story brick home was built in 1956 by Kerrick’s grandparents in Oaklawn Park, a historically Black neighborhood just west of Uptown. TaLaya and Kerrick moved into the house in 2016 and have slowly made it their own.

“I’m so proud of the fact that we live in a family home and have been given the opportunity to breathe new life into a home that my husband basically grew up in and that his mother actually grew up in,” TaLaya says. “It’s such an honor to carry on the legacy of his grandparents in a way that I think would make them proud.”

“I think it’s important for people to see that you can take something that may be outdated and transform it to fit your family and your lifestyle without breaking the bank,” TaLaya says. The front porch is full of plants.

The front living room is TaLaya’s favorite spot in the house. “It’s so calm in there, and I love looking out of the big picture window. We have this huge oak tree in our front yard that I adore,” she says. Honey also has a stool in this room so she can keep watch through the window.

Living small: TaLaya says she’s always envisioned living in a little brick bungalow where every room in the house serves a purpose.

“Even before my husband inherited the home we live in, we always talked about living in a smaller home in an established neighborhood because I love the warmth and coziness of smaller spaces and the character of older homes,” she says.

“We use every square foot of our home and it’s enough for us to live comfortably now and still grow our family when we’re ready,” she says.

Living in a smaller home also offers the financial freedom to afford luxuries like travel.

Shops: TaLaya says she loves bohemian and mid-century modern style, and her favorite place to shop for home decor is Home Goods.

Then there’s the usual suspects like CB2, IKEA, West Elm, Target. And she recommends Etsy for unique finds. 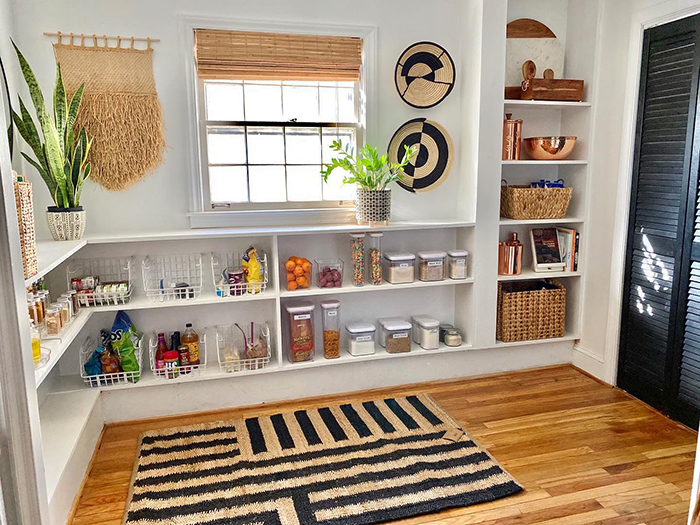 TaLaya and Kerrick haven’t made too many major renovations, but they did convert the former dining room into this open pantry. 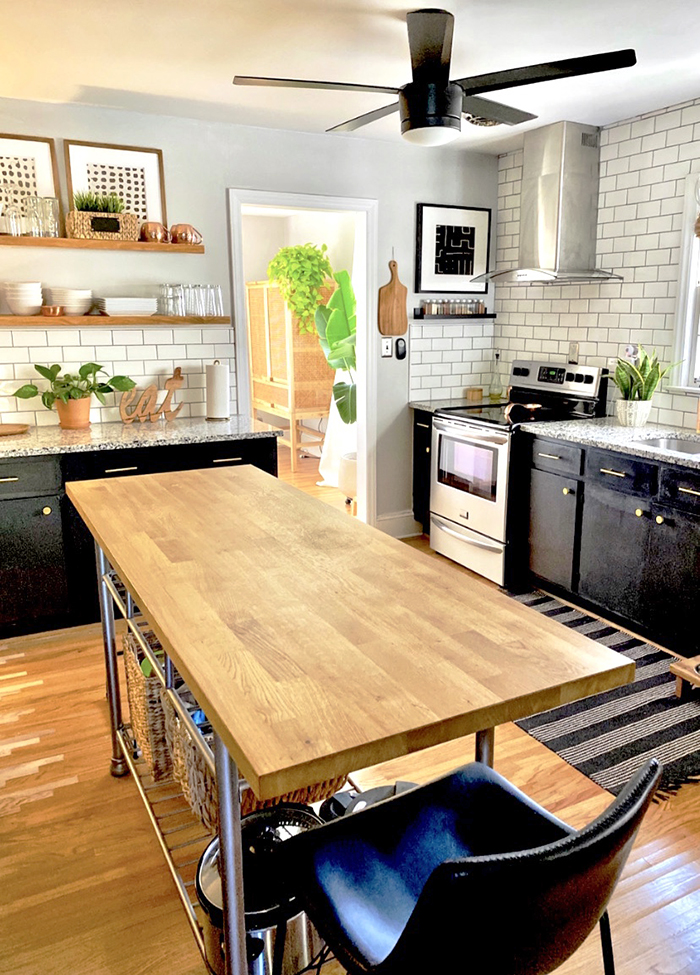 They also knocked a wall down between the kitchen and family room to open this space up. TaLaya says having two living areas is key to living in a smaller home. It allows each person to have their privacy while sharing 1,500 square feet. 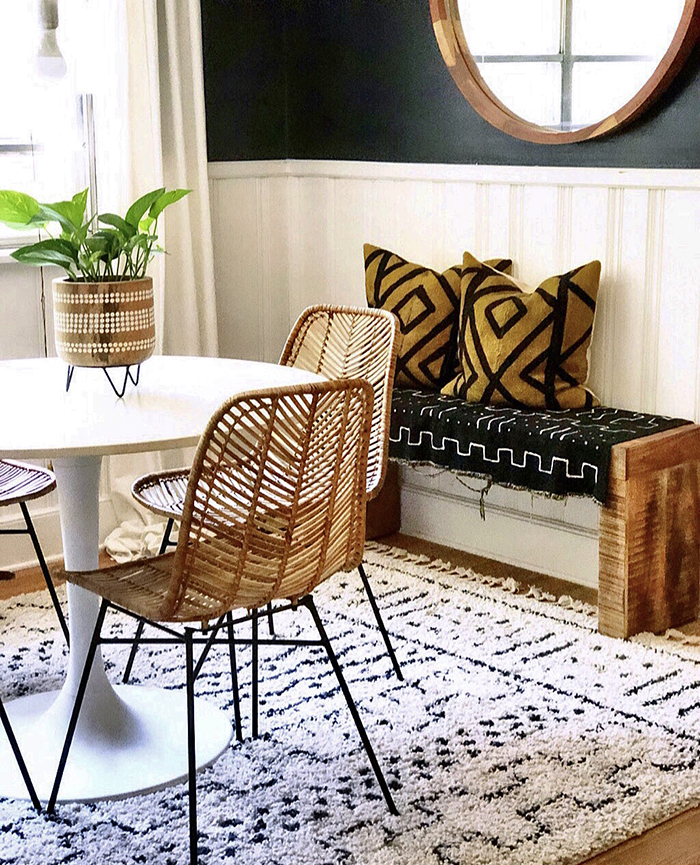 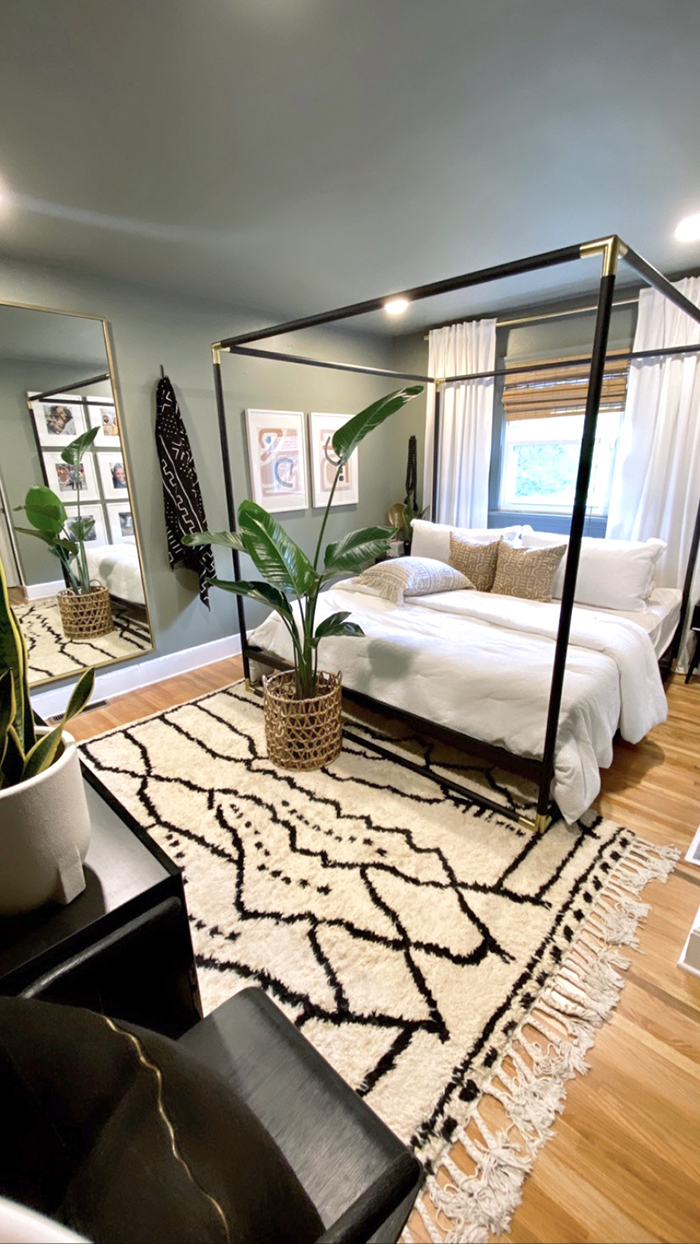 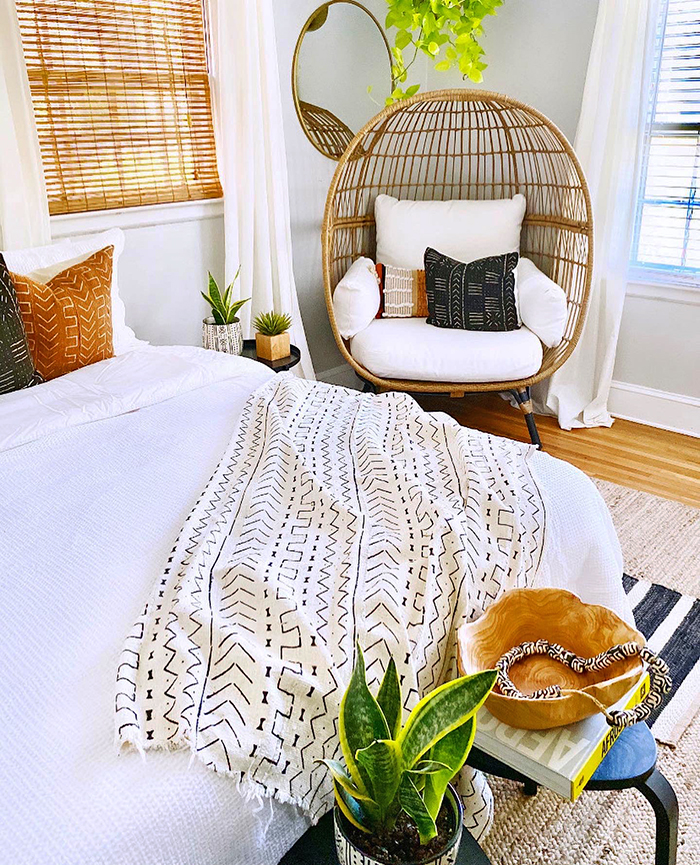 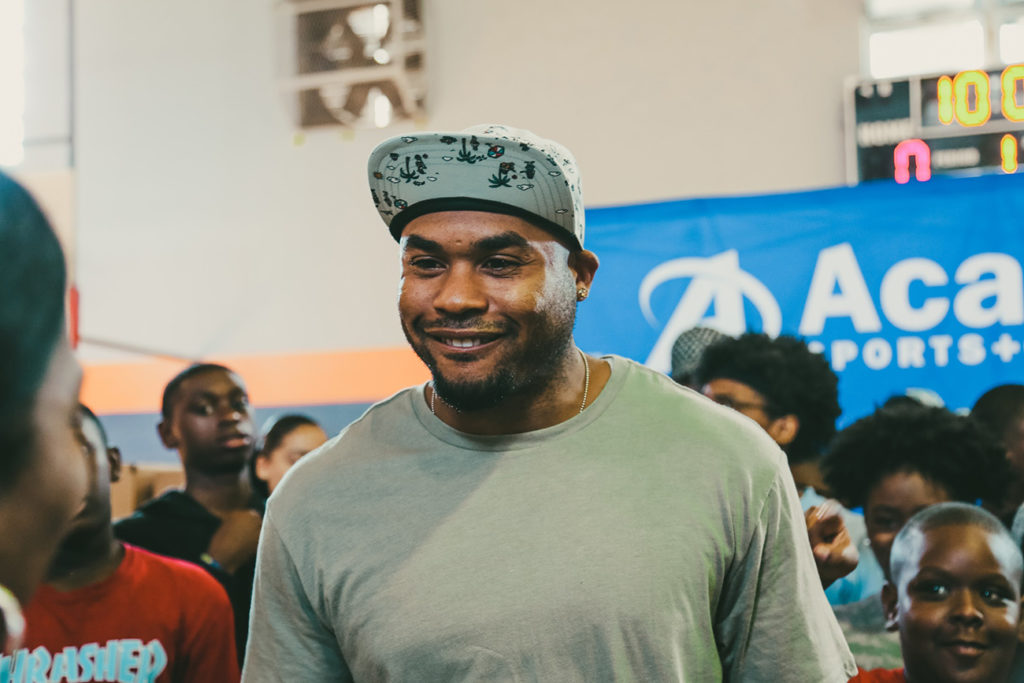