It’s my first Halloween in a house instead of an apartment in the last seven years or so. As such, I’m taking it very seriously. We’ve been readying the yard for the festivities (we have a strobe light and everything) but I’m very concerned we won’t get any trick-or-treaters. I actually considered sending a Facebook invite to all my friends with kids to force them to come here. Is this perhaps completely out of control? Maybe.

Anyway, please somehow find a way to send me all of your well-behaved, impressively costumed children and I will send them back with only the best candy for your parental sampling pleasure. 9 days until the best holiday ever…

Common Market will relocate in South End — and here are the two spots they’re considering [Dunn]
Common Market will likely be able to stay in its current location through June 2016 but they’re already preparing to relocate. They’re eyeing two historic sites, both still in South End – the Carolina Foundry building on Tremont and the Boulevard Films building on South. A final decision is still a few weeks out.

How Charlotte became ground zero in the Charlotte grocery war [Dunn]
Publix and Harris Teeter stores are literally popping up across the street from each other (just look at what’s happening in Cotswold). But with more and more residents moving to Charlotte, the stores won’t likely run each other out of business. They’ll just battle to out-discount each other and then we, the shoppers, will win in the end. Meanwhile, I’m over here at Trader Joe’s calling Switzerland on this whole mess.

SUGAR Donuts to open brick and mortar location in Ballantyne this weekend [Wilhide]
Charlotte is having a donut moment. This popular food truck is putting down roots with the grand opening of its storefront on Saturday. It takes a team of five pastry chefs six hours to make one batch of SUGAR Donuts, which are made with locally sourced ingredients whenever possible. Maple bacon and vanilla bean are two of the most popular flavors.

Dress codes, snacks, subtitles: What to expect at your first Opera Carolina performance [Levans]
I had no idea what to wear, what to eat or basically what to expect when I went to Opera Carolina last weekend. Turns out it’s more approachable than red carpet photos might imply. Tickets range from $19 to $150 and attire ranged from formal gowns to baseball caps (I swear). They also project English subtitles on the top of the stage for those of us who can’t follow the German storyline.

Three used bookstores you need to know in Charlotte [Dunn]
I finally started using a Kindle a couple years ago but I still like real books the best. Book Buyers, The Book Rack and The Last Word are keeping the paper dream alive with stacks on stacks of used books on their shelves. You can buy or sell or just wander the aisles.

10 open marketing at technology jobs at growing healthcare pioneer Premier Inc. [Williams]
Ted heard CEO Susan Devore speak and says she’s “an incredible, authentic leader.” If you want to hop on a team like that, they’re hiring a range of skill sets. Check out opening positions in the marketing and technology departments.

Two events this weekend that car enthusiasts won’t want to miss [Komer]
Check out some of the cleanest modified import cars on the East Coast at Tuner Evolution on Saturday ($20 tickets + $3 parking) or stop by UNC Charlotte on Sunday night for the regular Charlotte Motorist Club meeting. On a good night, you can expect about 100 cars.

The Weekender: October 23 – 25 [Williams]
Pre-Halloween events are in full force this weekend. Kid-friendly Hall-o-ween at NASCAR Hall of Fame is Saturday as is the not so kid-friendly Grave Digger’s Ball later that night. There’s also Carved, a chef pumpkin carving contest on Sunday and lots more non-Halloween entertainment.

Two Bottles Wine Co. launched its website yesterday [Two Bottles]. The online wine shop from husband-wife duo Adam and Katy Hill sources lesser-known wines from small, Italian wineries to distribute here in the States. They’ll be pouring samples tonight at the last #WeLoveCLT of the season. Bonus: If you live (or work) Uptown, you can bypass the shipping cost and pick up your order in their office.

Time Warner Cable Arena turns 10 [Spanberg/CBJ]. The arena opened with a sold-out Rolling Stones show back in 2005 but the DNC brought the biggest crowds in 2012 with three straight nights of 26,372 people. Happy birthday, Arena.

Flo Rida headlines Grave Digger’s Ball this Saturday [Facebook]. You can get a $35 combo ticket to that + Rich & Bennett’s Halloween Pub Crawl next weekend here (regular general admission is $20 each; R&B jumps to $30 the day of the event).

Charlotte hotels are having a big year [Harrison/Observer]. Convention business is down but hotels are still having their best year ever. Occupancy rate is at 72%, the highest it’s been since 2007 and the average rate per night is expected to be $104 this year.

I just discovered this Fruit Hatz fundraiser on Kickstarter. It’s very straightforward says Kurt, the creator: “Basically holiday hats for bananas, apples and oranges.” His slogan is “Everybody loves a good lookin’ banana!” How could we not support this? 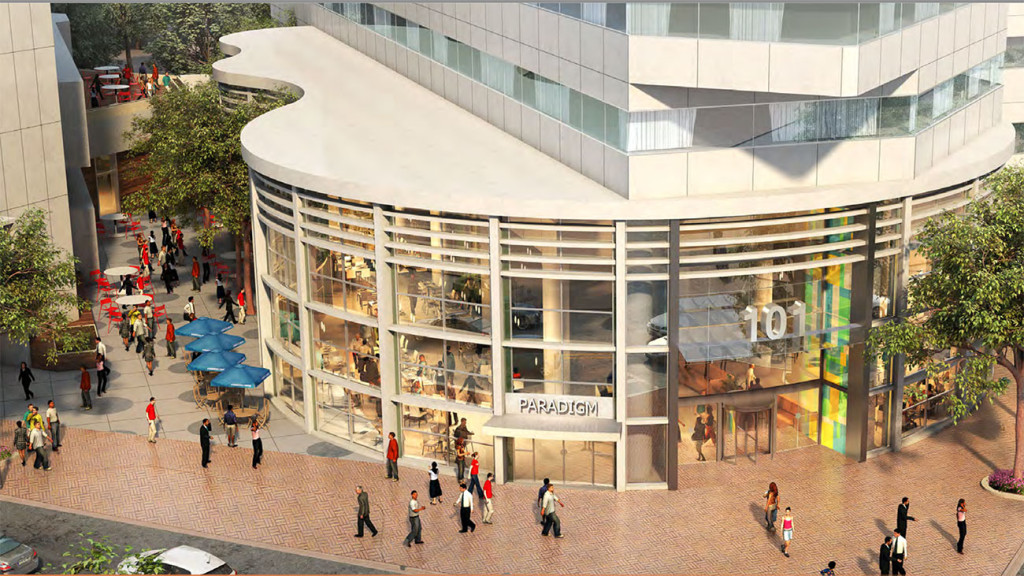