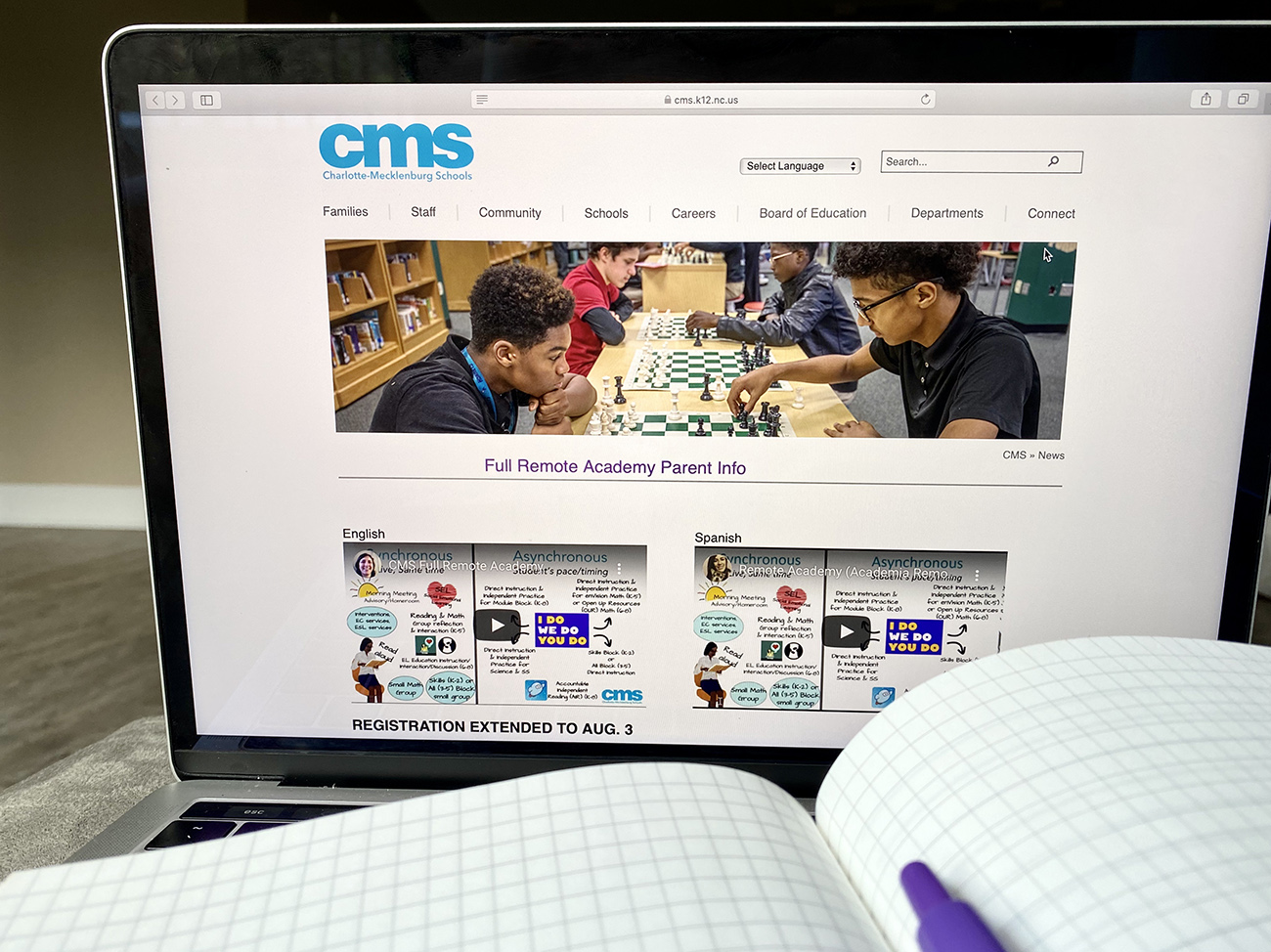 While CMS students have laptops or tablets to facilitate virtual learning, thousands of them are still without reliable wifi access, rendering those devices useless for online classes.

According to CMS’ chief technology officer Derek Root, 8,500 students/parents have reported a need for reliable internet access. In an email to the Agenda, Root estimated the need is actually closer to 16,000-18,000. The plan to get those additional hotspots is unclear.

Paris Harrell, a teacher at Windsor Park Elementary, says she spent the first three days of the school year apologizing to students with tablets but no internet access at home, because she didn’t have any way to help them. At Windsor Park almost half of the student body is classified as economically disadvantaged.

On Friday, August 14, two days before the first day of school, Harrell says the district notified her principal that the school wouldn’t get the additional hotspots its students need. Windsor Park is short 79 hotspots, Harrell says, and that doesn’t include the need for pre-k students.

“It’s not CMS saying we don’t want to help you; it’s that the need was far greater,” Harrell says. “Now that we know the need we have to rally together to make sure this is fixed because every single day that we don’t have these hotspots is a day that (some) kids are not learning and other kids are. And that’s where the equity gap comes in.”

There’s no roadmap for educating 140,000 students during a pandemic. Harrell says teachers spent the last few weeks reaching out to families and identifying which ones would need a hotspot for virtual learning.

She believes CMS leaders did what they could to prepare for the virtual start to the school year.

“The district wants to do things, but there’s something systemic that’s not working,” she says. “We have the right people in the field, why is this issue here and what can we do to fix it?”

Since school started on Monday, Harrell has helped with in-person live tech hours at Windsor Park for families with questions about their devices. Most families she meets with aren’t experiencing any tech kinks. They just need wifi access. 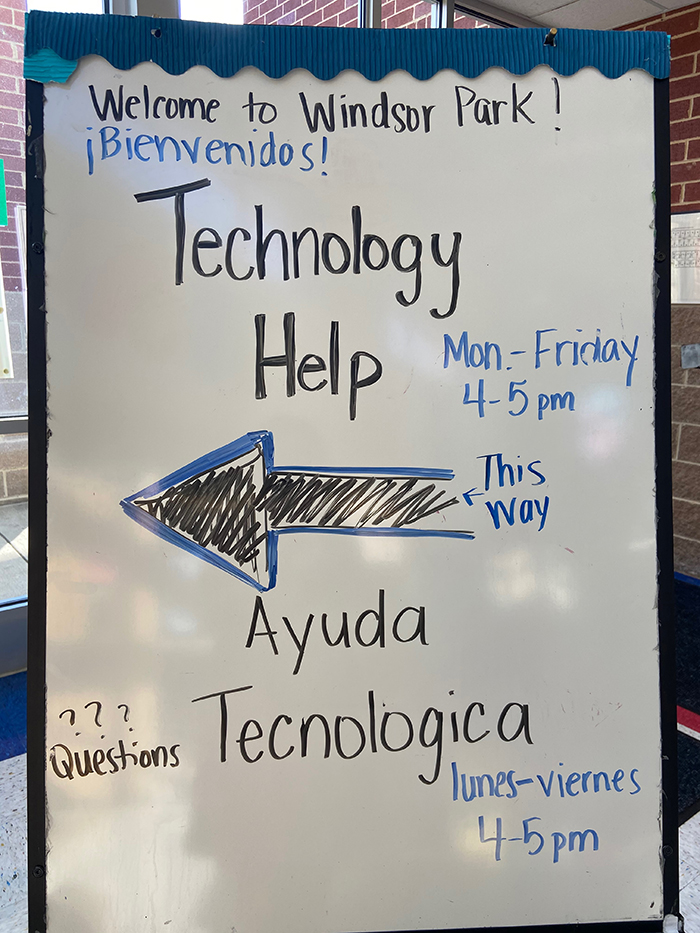 “Families come up here asking for help and it feels terrible having to tell a kid ‘I’m sorry, we can’t help you. We don’t know when we’re going to get your internet,'” she says.

The CMS foundation raised $1 million to buy 6,000 hotspots to help students without internet at home. But that wasn’t enough. Now the foundation needs additional donations to buy additional hotspots. (Those donating can specify what their donation will to go toward and which school it will benefit.)

During the spring semester, when the state first moved to virtual learning, Spectrum offered free internet service for one month. Many Windsor Park families took advantage of the free service.

It wasn’t clear, however, to many of the Spanish-speaking families that they’d need to cancel their service before the month ended to avoid being roped into a contract with Spectrum. As a result, families were left with Internet service bills they couldn’t afford.

“So many of our families ended up getting billed with all of these charges because it was not very clear to them that they had to cancel,” Harrell says. “So we had to use money raised for student needs to help pay some of these bills.”

Harrell, who has a history of going above and beyond for her students, fears some families may sign up for internet service that they can’t afford just to ensure their children can get an education.

But, better news came Wednesday afternoon when she started hearing from community members who were donating to the CMS Foundation, so she’s staying positive.

“I’d like to say that I am always hopeful because I believe in the goodness of people. For me to say I don’t think it’s going to get fixed would be against who I am as an individual,” she says. 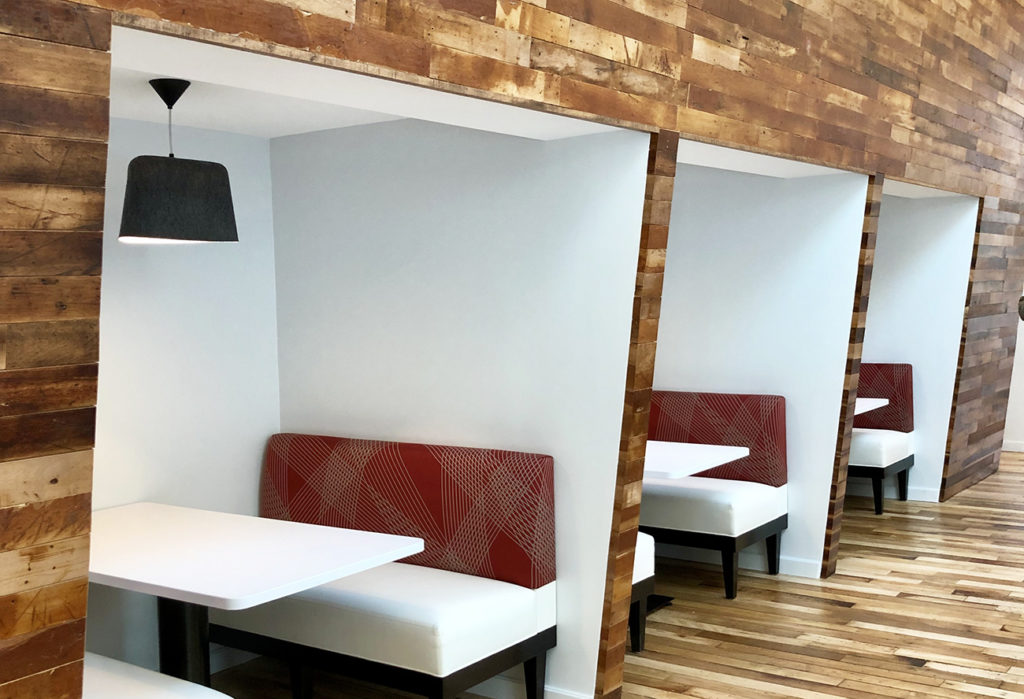 The No. 1 piece of job search advice, from 28 employers who are actually hiring right now

by Alivia McAtee and Ted Williams
Most Recent Open Jobs