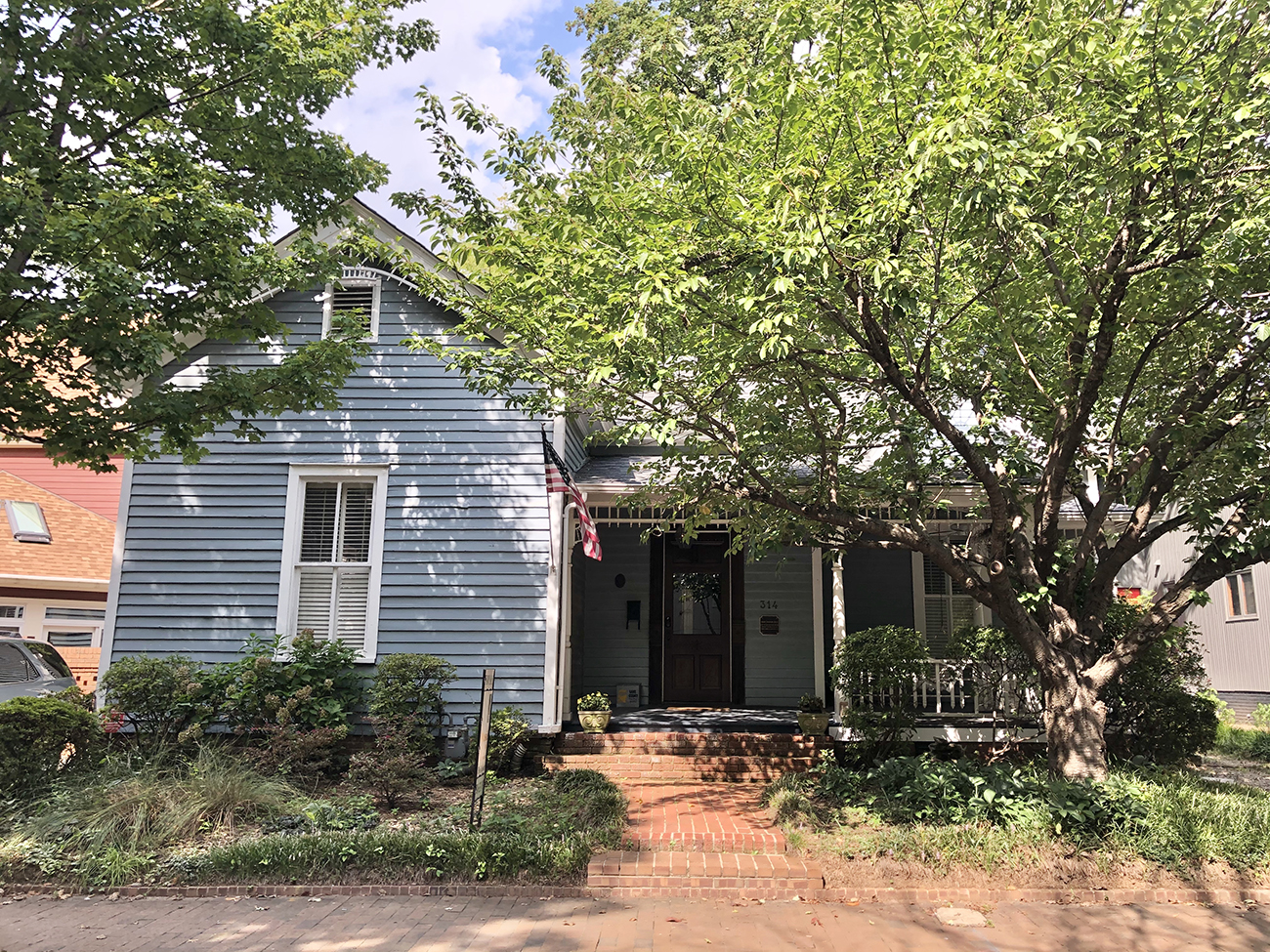 The historic Sloan-Davidson House, one of the five oldest houses in Mecklenburg County, is on the market for $695,000.

Brief history: Charlotte has around 110 designated historic homes, and the earliest deed to the historic Sloan-Davidson House dates back to 1801. It was part of a 48-acre property bought by Robert Sloan, according to Charlotte-Mecklenburg Historic Landmarks Commission records. The land was divided into four squares, and R.F Davidson bought 21.5 acres for $300. That’s all part of today’s Fourth Ward neighborhood.

Over the years, the home’s condition declined, and it was was sold to Berryhill Preservation, Inc., an organization dedicated to restoring the Fourth Ward, in 1976. Christopher and Pam Geiger bought the house a year later for $13,000, and took care of major renovations.

Many Fourth Ward homes were moved from their original site, but the historic Sloan-Davidson House sits on its original property.

The address of the Rossier Realty listing is 314 West 8th Street. At 1,480 square feet, the house has two bedrooms and two bathrooms. 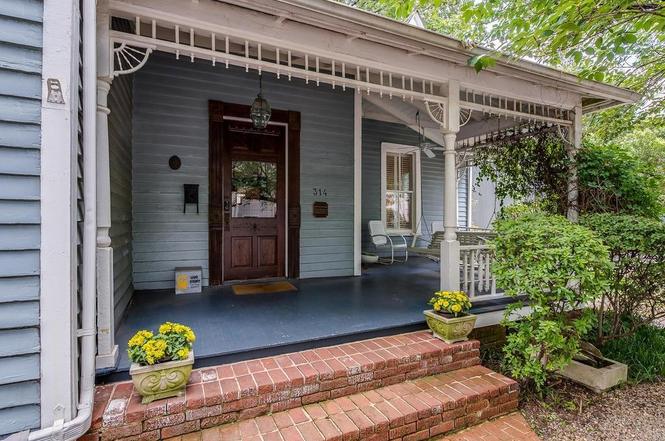 Architecture: The style of the home is Victorian, marked by the signature asymmetrical pitched roofline and wrap-around porch. Details like the shingled exterior and ornate gables and trim along the facade, point to a Queen Anne style of Victorian architecture, popular in the late 1800s and early 1900s.

During one of the home’s renovations, contractors found Roman numerals and “Sears” stamped into the walls, meaning part of the house was likely an early prefabricated Sears home. (Yes, Sears used to sell homes you could put together).

Renovations: The home has had some major upgrades over the last 200-some years. The original foot print of the house was likely a two-room cottage — what are now the kitchen and dining room. Bedrooms and the living area were added in the late 1800s.

Most recently, the owners turned a half bath and closet into a full bathroom in the secondary bedroom. They also upgraded the kitchen, a room original to the house, with all new cabinetry, appliances, flooring, backsplash, and quartz counters.

Here’s a photo tour of the Sloan-Davidson House. 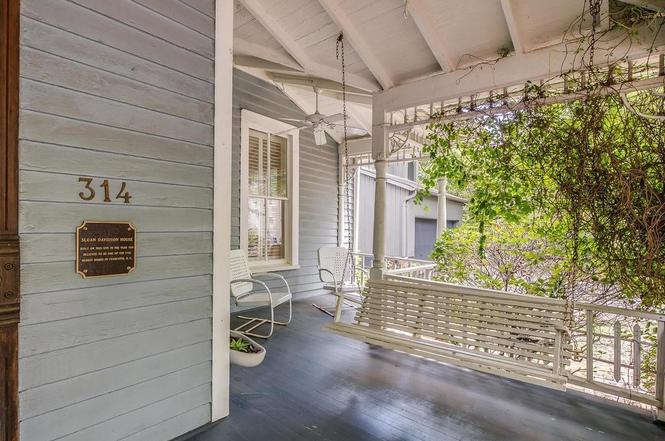 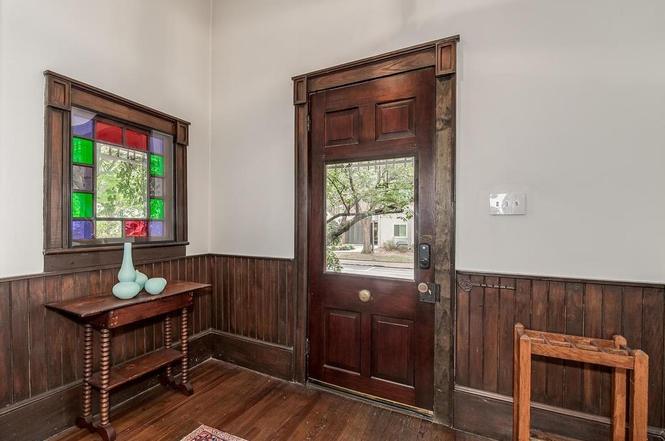 The stained glass window and front door likely date back to the 1890s. Much of the molding and interior trim are original to the home. 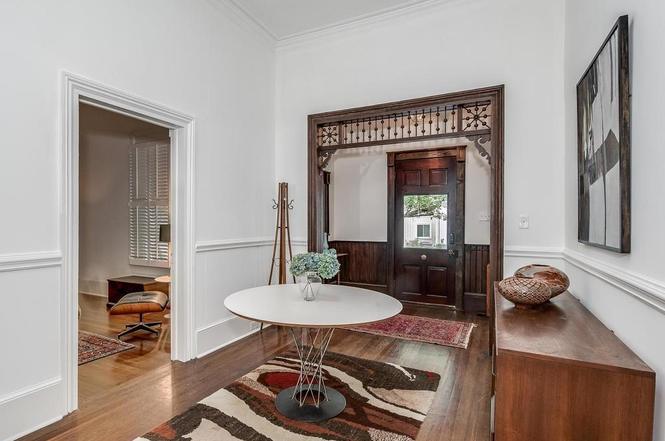 The ornamental nature of the entryway’s corbels is a nod to the Queen Anne style of this Victorian cottage. 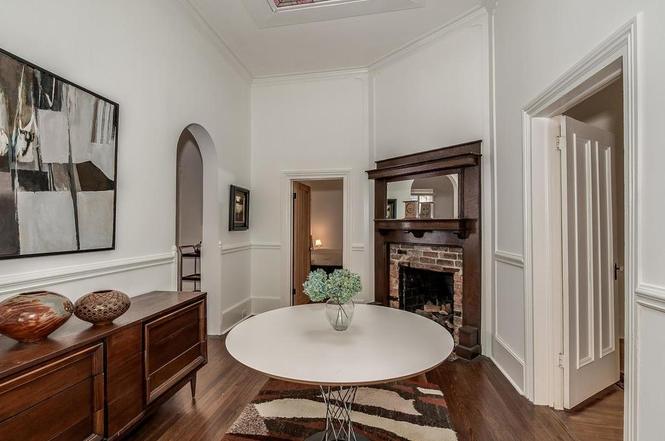 The arched doorways aren’t original to the home, but they add character in keeping with the home’s historical charm. A stained glass window was also put in just above this space to bring more light into the cozy home. 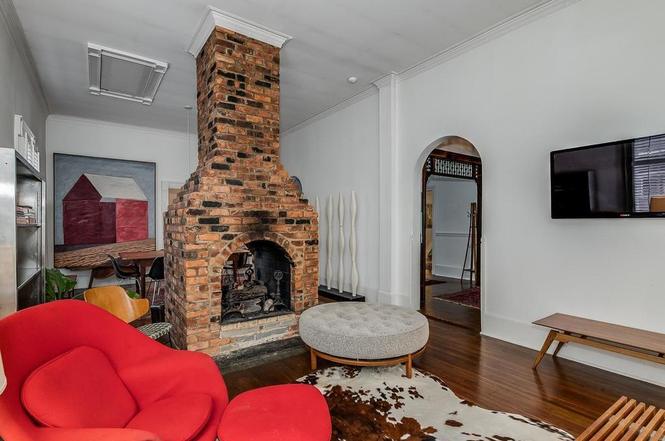 The living room and dining area were likely opened up in the 1970s renovation. And this exposed brick fireplace separating the rooms is one of four working fireplaces in the house. 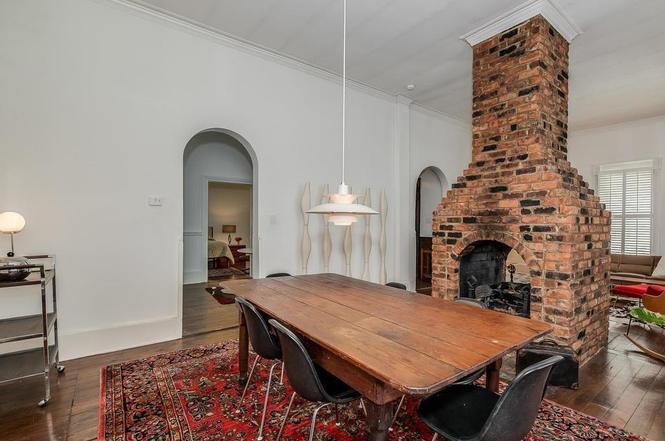 The dining room is part of the original floor plan for this house, and the wood flooring in this room likely dates back to around 1820. 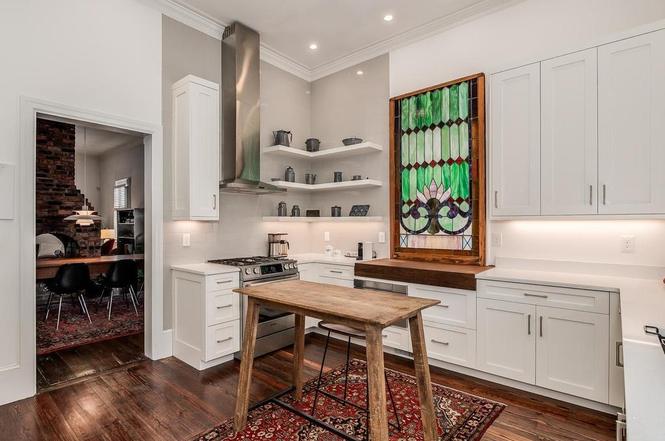 The kitchen was renovated in 2016 with all new cabinetry, stainless steel appliances, and quartz countertops. This room was also a part of the original two-room home. 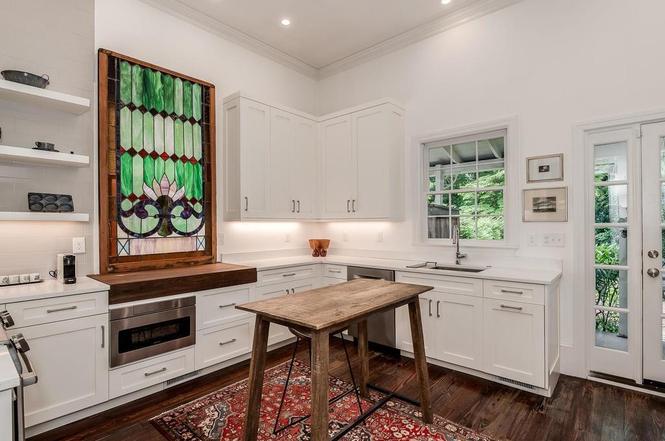 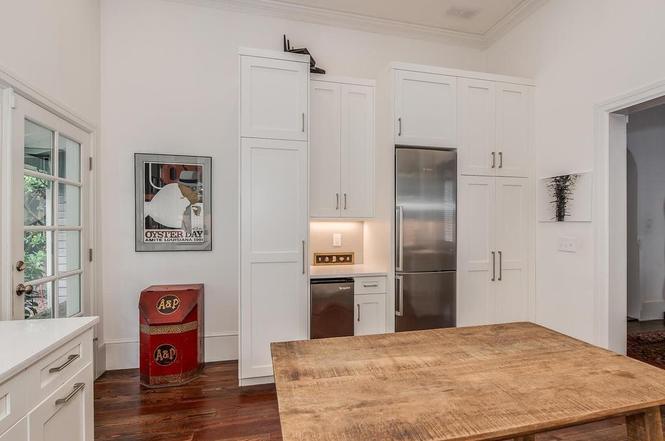 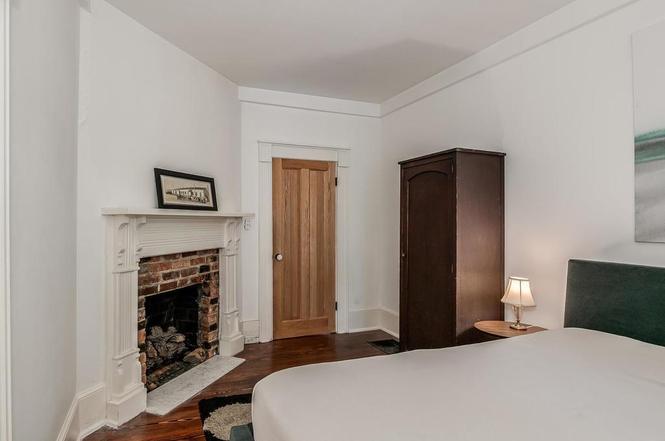 Both bedrooms have fireplaces that likely date back to the home’s expansion in the late 1800s. They have gas logs now. 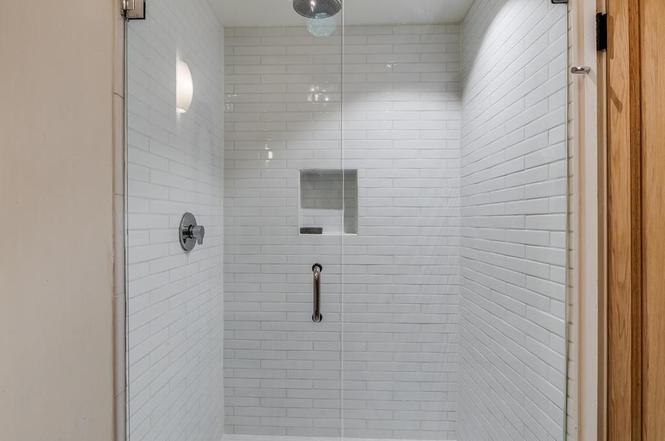 The current owners turned the half bath and closet into a full bathroom with a shower. 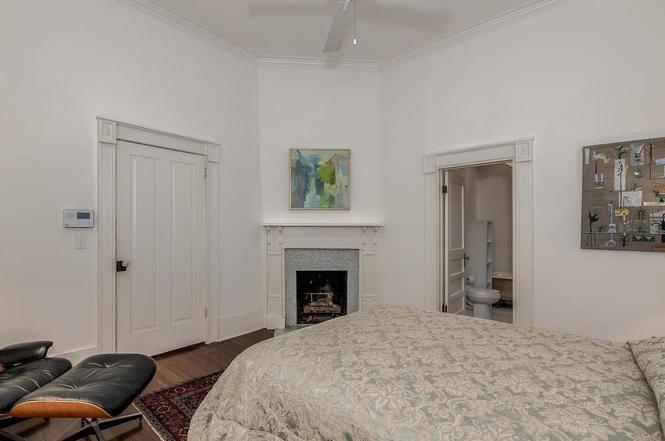 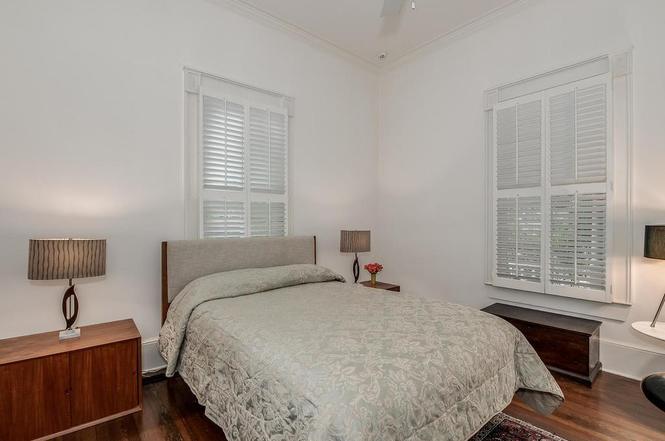 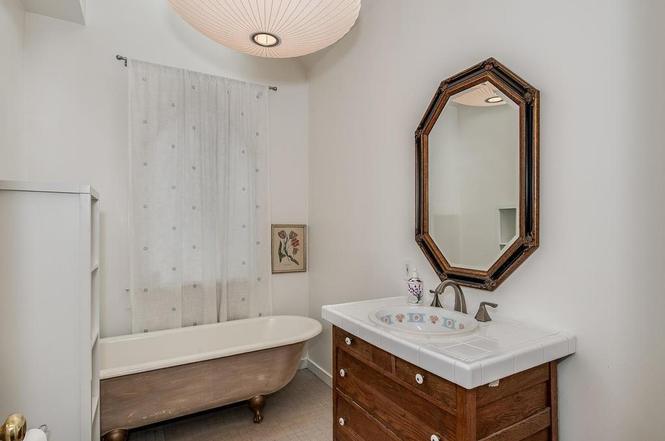 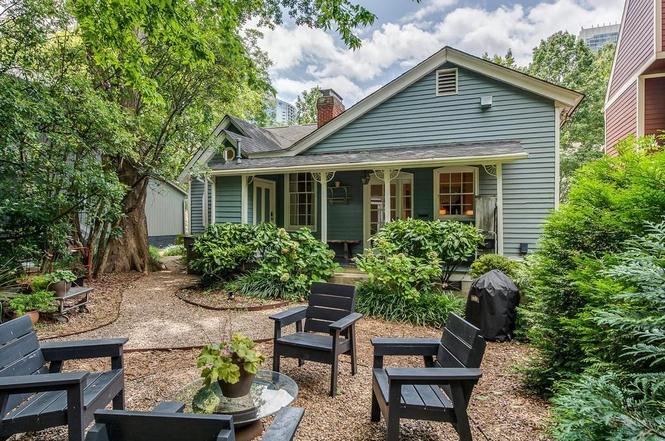 The double-paned back door is likely original to the home. Others were added during expansion and replicated to match the original. 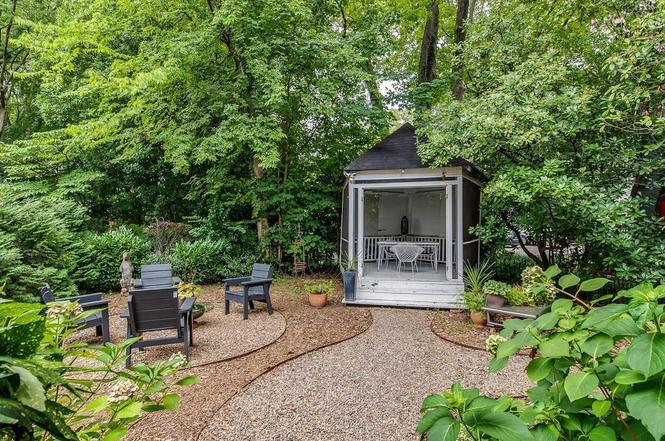 Know of any newsworthy listings, have a fixer upper story to share, or want to invite the Agenda in for a home tour? Send a note to [email protected]. Related Agenda real estate guides: Best custom home builders in Charlotte, Best architects in Charlotte, and Best interior designers in Charlotte. 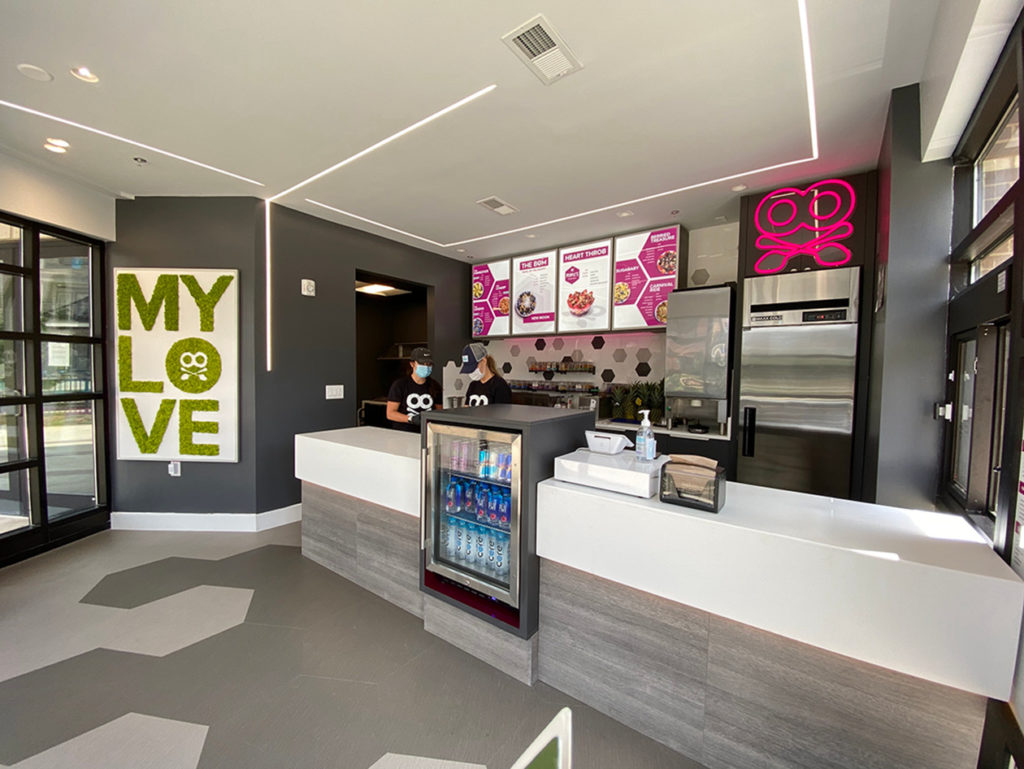