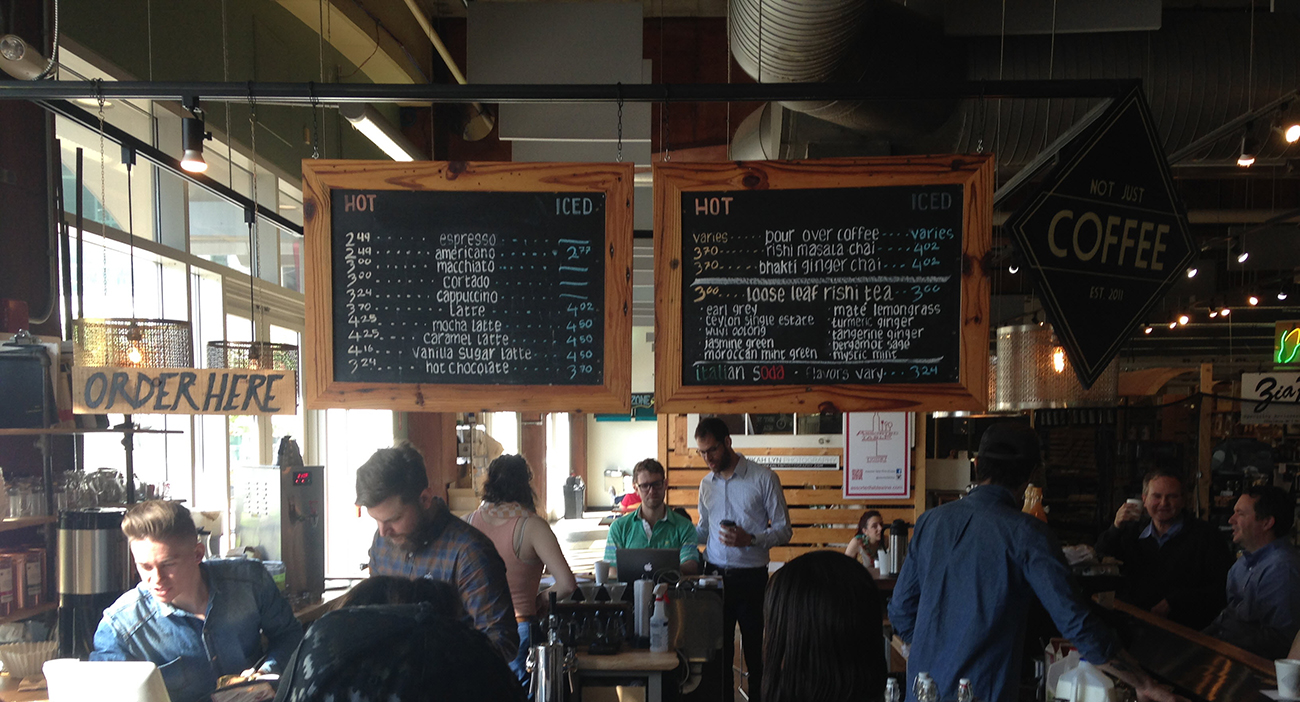 I work in Uptown. I eat breakfast and lunch in Uptown.

I try to eat a healthy snack in the afternoon to compensate for eating a terrible lunch. I often eat with coworkers. Often there is a conversation about where we should eat. Often this conversation leads to the group deciding to eat at one of the “big box” restaurants that historically have dominated Uptown’s food scene from 9 am to 3:45 pm Monday through Friday.

This makes me sad, not because I hate big chains for being big, but because Uptown Charlotte has a ton of great local places to eat that almost always have better tasting food for roughly the same price as national chains. Yet many people don’t patronize the local joints because they just aren’t aware of how great they are.

So here’s my miniscule attempt at changing that. A field guide of sorts to eating local in Uptown. Like the “Eat This Not That” book series, except my recommendations carry dubious nutritional qualities.

Where you go: Starbucks in Bank of America Plaza

Why you go there: Because it’s “convenient” (pro tip: waiting 20 minutes for coffee isn’t convenient)

What you get: “Grande” Latte

Where you should go: Not Just Coffee in 7th Street Market Where you go: Chick-fil-A

Why you go there: Because it’s basically the center of the Overstreet Mall and you can get food in 30 seconds.

What you get: Chicken Biscuit

Where you should go: Showmar’s

Why you should go there: I love the Chick-fil-A in the Plaza. It runs like a machine. It’s a miracle how many orders they churn through during the prime meal times. But Chick-fil-A is a crutch for many Uptown workers that prevents them from branching out to other options. Showmar’s isn’t exactly an under the radar food-truck-turned-hipster-enclave, but when it comes to chicken biscuits, you’ll get a fresher, cheaper, better-tasting fried chicken for breakfast experience at Showmar’s. And on Wednesdays you can get a chicken biscuit and a cup of coffee for $3.07. You’re not getting out of Chick-fil-A for less than $4. Where you go: Jason’s Deli

Why you go there: Because “they have something for everyone” and you’re too lazy to think of somewhere better.

What you get: The salad bar

Where you should go: Crisp in Latta Arcade

Why you should go there:

(2) The ingredients all seem way fresher. I have no science to back this up, just my own personal opinion, but at Crisp, the salad fixin’s don’t look like they’ve spent a week on a truck.

(4) Lack of free soft serve made up for with proximity to Melt in Your Mouth cupcakes. Besides, you’re eating a salad. No sweets for you. Speedo season is right around the corner.

(5) Walk to Romare Bearden Park to eat and look at that giant hole at 3rd & Tryon. Does Jason’s Deli have a Giant Hole you can look at? No. No it does not. Where you go: Jamba Juice in Founder’s Hall

Why you go there: Because you are walking by there anyway on your afternoon walk to “take a break” from sitting at your desk reading cnn.com. Also because you saw Cam Newton there once (true!)

Where you should go: Green Brothers Juice in Bank of America Plaza

Why you should go there: Nestled behind the counter at Energy Cafe, you can actually see hydroponic kale* being grown, and when you order a juice, you see that the fresh ingredients being pulverized for your nutritional edification have stems and leaves on them, unlike the already-prepared ingredients at Jamba Juice that your “juice artist” scoops out of the metal container after peeling back the cellophane. Plus the juices seem to have less sugar in them. Again, no science, but they just have to.

*great name for a band Why you go there: Some Champions League game is on TV and Doug from your office who is super into soccer is annoyingly insistent on watching it, and it’s the first place everyone thought of when you said “should we get a drink?”

Where you should go: Duckworth’s Uptown

Why you should go there: I have no qualms with Blackfinn. It’s great for what it is, but like Chick-fil-A, it’s a crutch for people who commute to Uptown from Huntersville and aren’t particularly adventurous when it comes to trying new things. Maybe they prefer Blackfinn for some reason, but to put it in SAT analogy terms, Blackfinn:Irish Pub as McDonald’s:Cowbell Burger. Also, have you been to the new Duckworth’s? It’s amazing. They might have TOO MANY TVs, which until Duckworth’s opened I didn’t think was possible. How many more TVs could they have? None. None more TVs. If you want to simultaneously watch multiple sporting events in Uptown and aren’t doing it at Duckworth’s, you are doing it wrong. Also: beers. Many, many beers to taste and drink with your mouth and face. So there you have it. Print out this handy guide and keep it in your pocket as a reference for when Steve in Receivables says he has a hankerin’ for his triple-whip half-caf mocha coollatta from Starbucks. 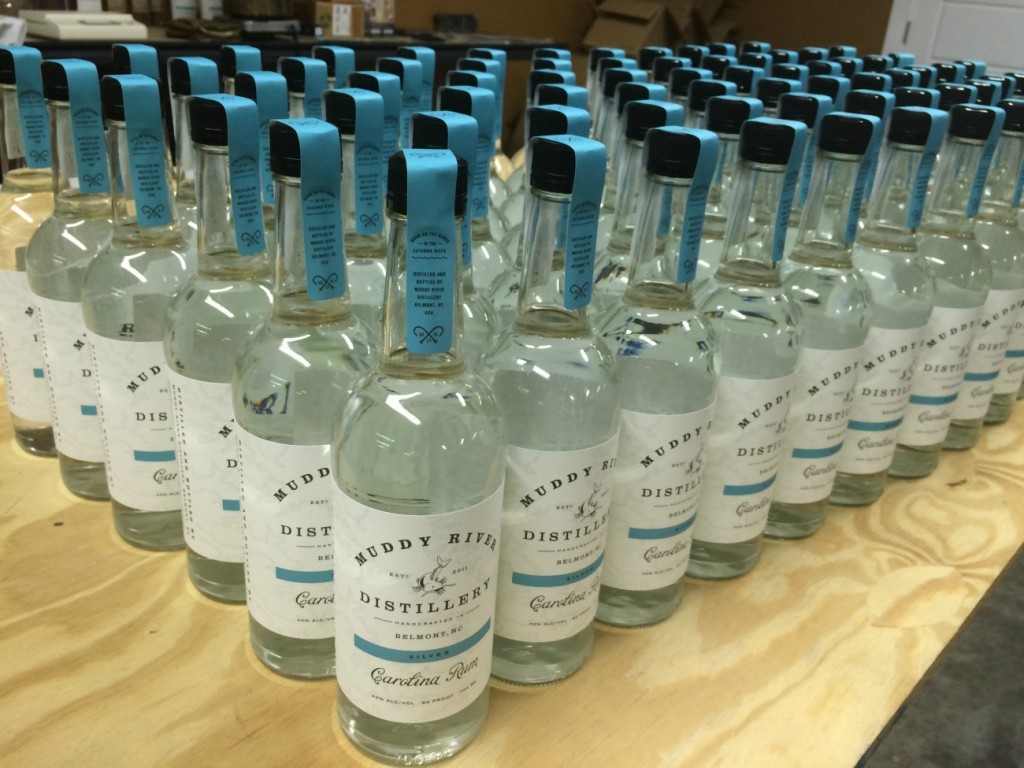